You are here: Home / Blog / Micro Preemie Monday and Stella

I, for one, am happy that it is Monday. The long weekend was great, but I’m ready to get back to our weekly routine. I’m especially happy to have you back here for Micro Preemie Monday. If you haven’t been here for a while, you can go back and read my post from last Monday about Taliyah HERE, and the week before’s post about Nicolas and Lucas HERE.

On this last Monday of November, we meet Stella. Her mom, Shannon, tells us all about her birth and what she is up to now. At the end of the post, I will be sharing a few facts about Prematurity with you, since it is the last day of Premature Birth Awareness Month.  I hope you’ll share those facts, along with this post, to help raise awareness. You can also read my post about World Prematurity Day. 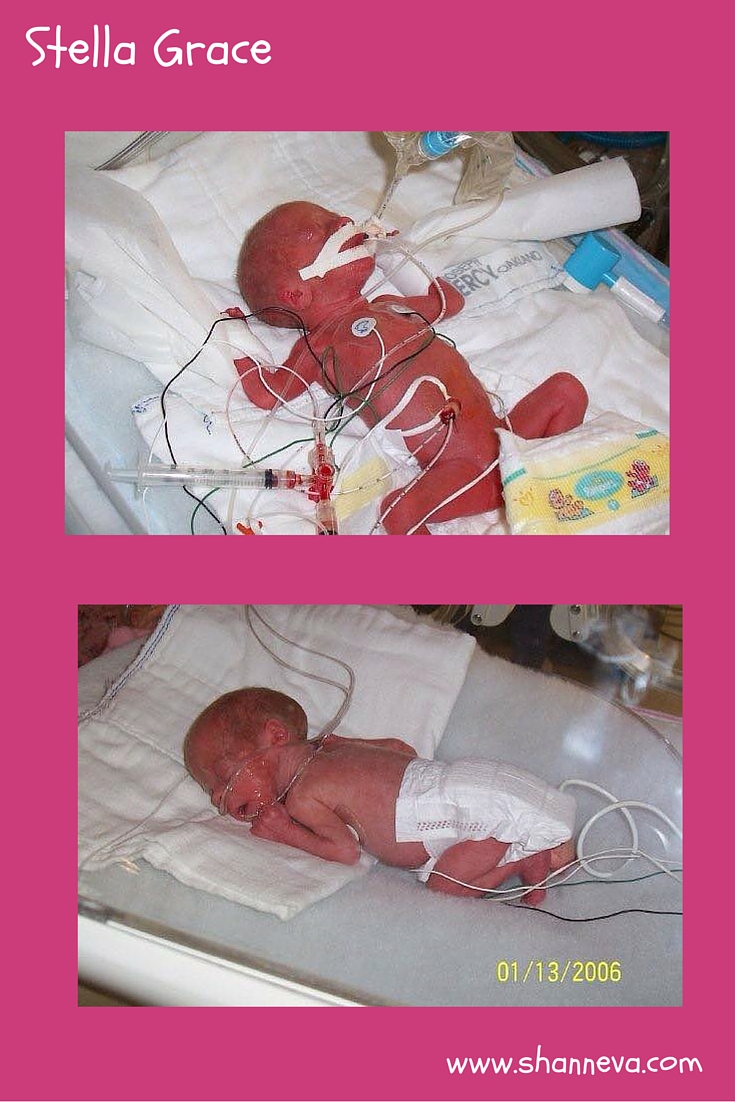 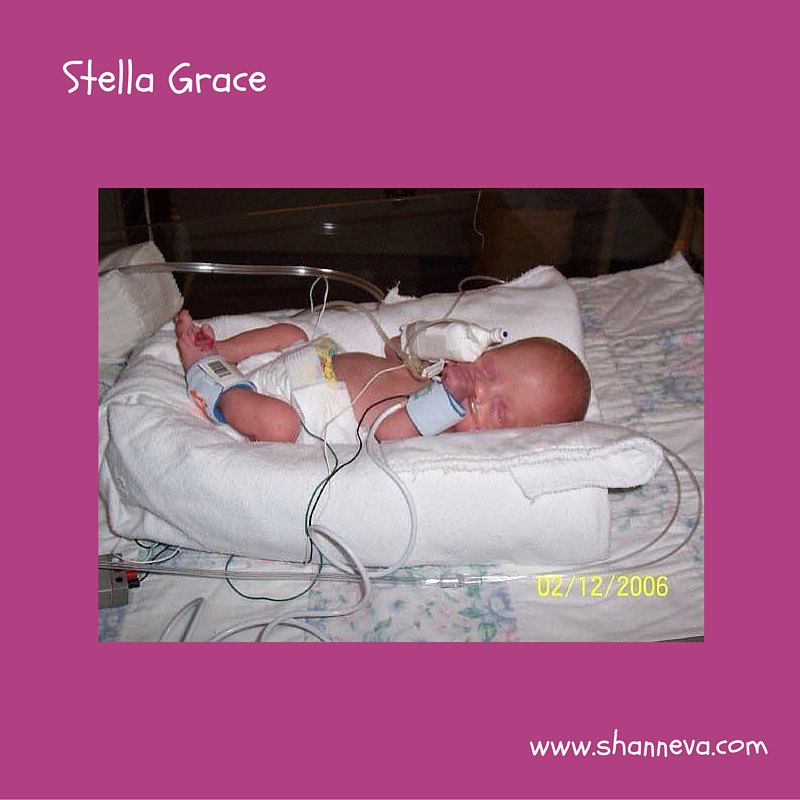 Stella spent 87 days in the NICU. She split her time between two hospitals. The hardest part was the wait to take her home. I really hit a wall towards the end. We were told she’d be going home, but then she’d have a setback. The last couple of weeks were very difficult. 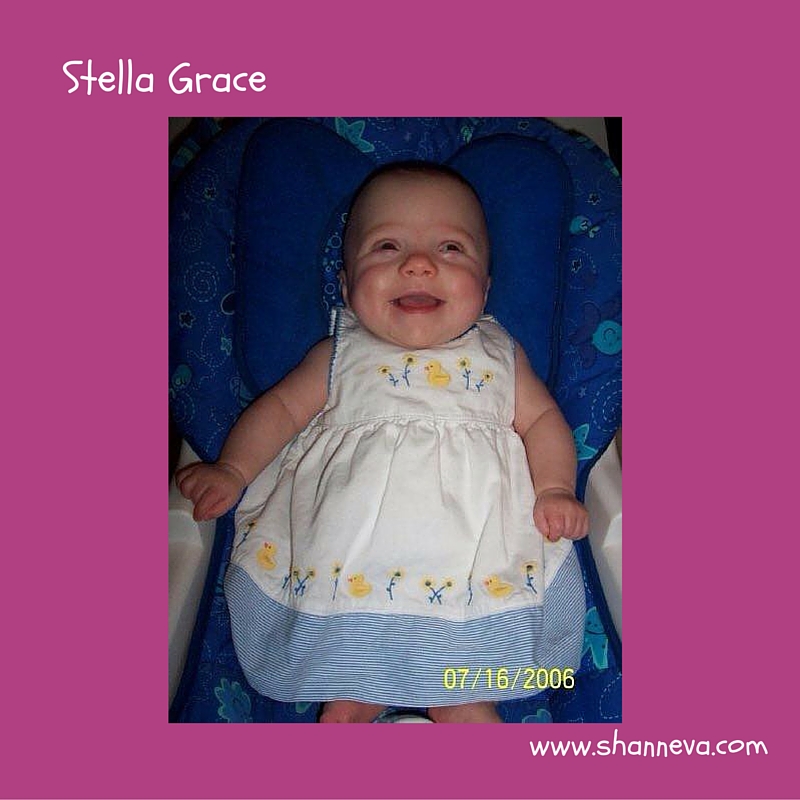 3. Do you know what caused your Premature Birth?

I delivered early due to preeclampsia and HELLP Syndrome. It progressed very quickly. At my six month check up on December 20, I was fine. No issues at all besides some swelling. By Christmas Eve, I was near death. On December 27, I was having an emergency c-section to save the two of us. 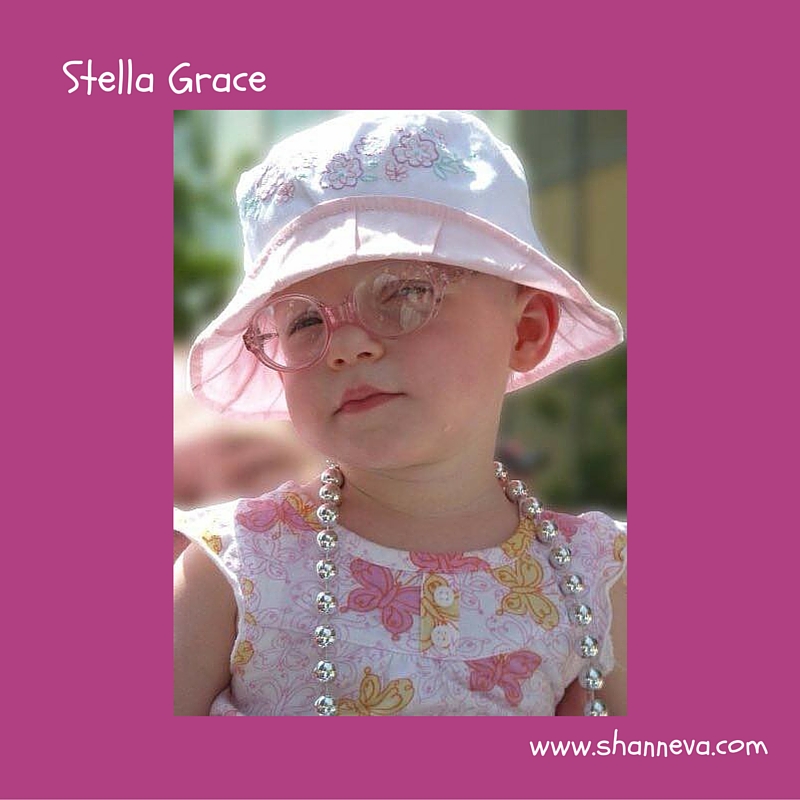 4. How is your baby doing now?

Stella is doing well now. She’ll turn 10 years old in December. She is visually impaired due to ROP, not that you’d ever know it. Her left eye never healed properly after laser surgery, leaving her blind in that eye. She also has nystagmus and strabismus. She struggles with behavioral issues. She was recently diagnosed with executive function disorder. They believe that too much O2 during her first few weeks damaged her frontal lobe. Despite this, she’s smart as a whip. She loves dinosaurs and wants to be a paleontologist when she grows up. 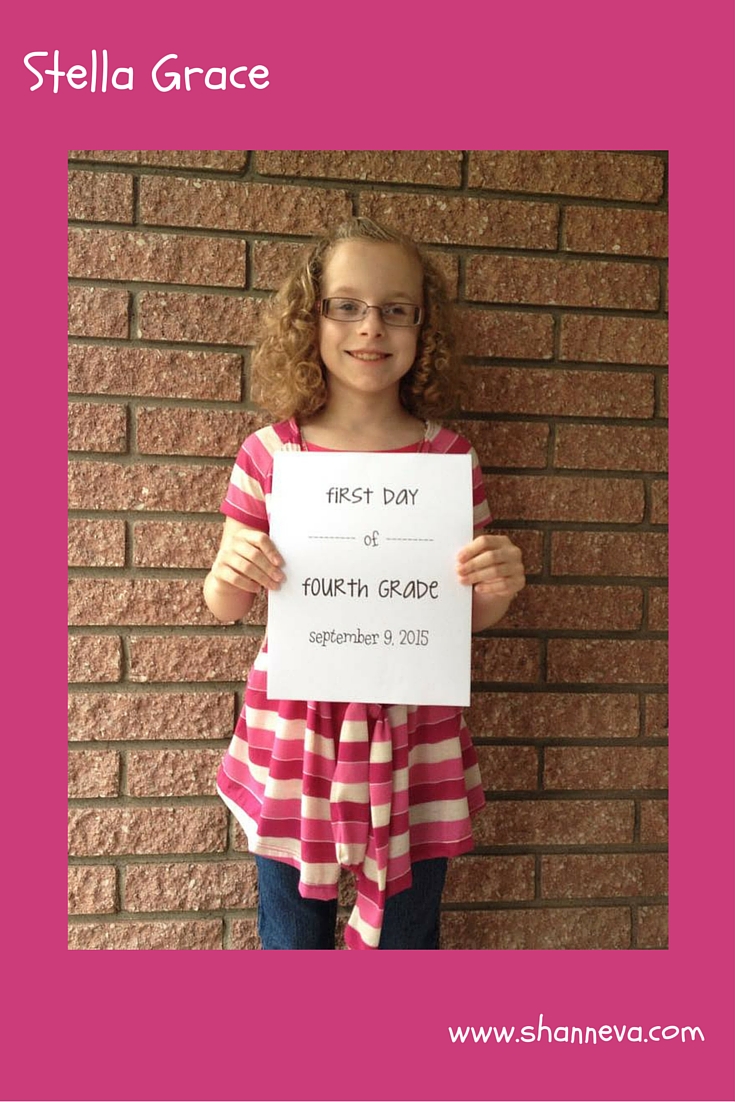 My advice is to find a strong support system while you’re in the NICU. If your hospital has a support group, take advantage of it. Join preemie groups on Facebook. Somebody out there is going through something similar. It’s so much easier to get through this if you have somebody to talk/vent to.

Thank you  so much for sharing your story, Shannon, and for the great advice. Stella is beautiful.
Shannon mentioned ROP, which is a common problem for babies born premature. ROP or Retinopathy of Prematurity is an abnormal growth of blood vessels in the eye. ROP can lead to vision loss, according to the March of Dimes. My little guy also had ROP, which is Retinopathy of Prematurity, and had laser surgery on both of his eyes. We were lucky that he had no complications, but he did lose his peripheral vision from the surgery.
Stevie Wonder, who was a preemie, lost his vision due to ROP.
Here on my blog, I focus on the youngest and smallest preemies called micro preemies, but any baby born before 37 weeks is considered born premature. According to the March of Dimes, there has been a decrease in the number of premature births in the last couple years to 9.6% in the United States, however, that still means that 1 in 10 babies is born too early.
Thank you everyone for all your support and help with Premature Birth Awareness this November. Just because the month is over, does not mean I will stop fighting for healthier babies, and I hope you’ll keep joining me every Monday.