You are here: Home / Blog / Identical Twins Bentley and Oakley

A single baby or identical twins?

I found out at 8 weeks that I was carrying identical twins. My doctor had a small, portable ultrasound machine, and she was experienced with twin pregnancies. She could not see a dividing membrane at the time, and sent me to a high risk specialist for my 12 week appointment.

Many obstetricians do not have portable ultrasound machines. In my first pregnancy, I only got to hear the heartbeat with a  Doppler machine at around 8 weeks. I did decide to have the first trimester screen (which is optional,) so I did get an ultrasound at 12 weeks. If you opt out, you don’t have an ultrasound until your 20 week anatomy scan.

At 20 weeks,  Katie found out she was pregnant with twins.

I “met” Katie through a premature birth support group on Facebook. Met is in quotes because I’ve never met Katie in person, but she saw one of my posts about TTTS Awareness, and posted a picture of her boys. She also experienced TTTS in her identical twin pregnancy, which resulted in premature birth, just like my boys. However, her story is different from mine, and I’m happy she wanted to share it.

I hope you’ve learned a little more about Twin to Twin Transfusion Syndrome this month. While it is said to be rare, I know too many people that have been effected by it. I will continue to spread awareness until there aren’t any more babies lost to this devastating syndrome.

Now, here is Katie to tell her story and share her identical twin boys. I put a little additional medical information in parenthesis.

Everything was going fine in my pregnancy. I didn’t know I was pregnant with twins until 20 weeks because they didn’t do an ultrasound until then. Everything went smoothly even after that. I went bi-weekly, and I did end up with border line gestational diabetes.

At 27 weeks and 1 day, I went to my local hospital because I was having Braxton hicks. I thought I lost my some of my mucus plug. After 7 hours in labor and delivery, I was sent home on pelvic rest. The next day I didn’t feel baby move all day. I get asked a lot how I could tell who was who or where they were, but they were always in the same place. Baby B in my ribs and Baby A on the other side closer to my pelvis.

I really didn’t want to go back to the hospital since I had just went the night before, but luckily my obgyn was on call there.  So, she admitted me to the local hospital because she couldn’t find a separation between the boys. She decided just to be on the safe side she would transfer me to Vanderbilt.

After arriving at Vanderbilt, we eventually got an ultrasound late Saturday night. Sunday morning they come in and tell us our devastating news, we had TTTS, baby B was getting all the nutrition and amniotic fluid. because it was so late in my pregnancy there was really only one option. On Monday when their fetal part of the hospital opened they would go in with a big needle and take amniotic fluid from baby B to try to even them out and hoping this would save them. (There is a laser ablation procedure to eliminate the connections in the placenta causing the imbalance, however, this surgery is performed before 25 weeks. After 25 weeks, amnio reductions, as Katie was to have, is the only option besides delivery.)

Early Monday morning, they were having trouble keeping the monitors on both the boys so a specialist came in with the ultrasound machine to help find them. When they finally found Baby A, his heart rate was 90 (140 beats per minute is a normal rate.) They rushed me to the OR where I heard them say “his heart rate is at 70”. Then I was out. 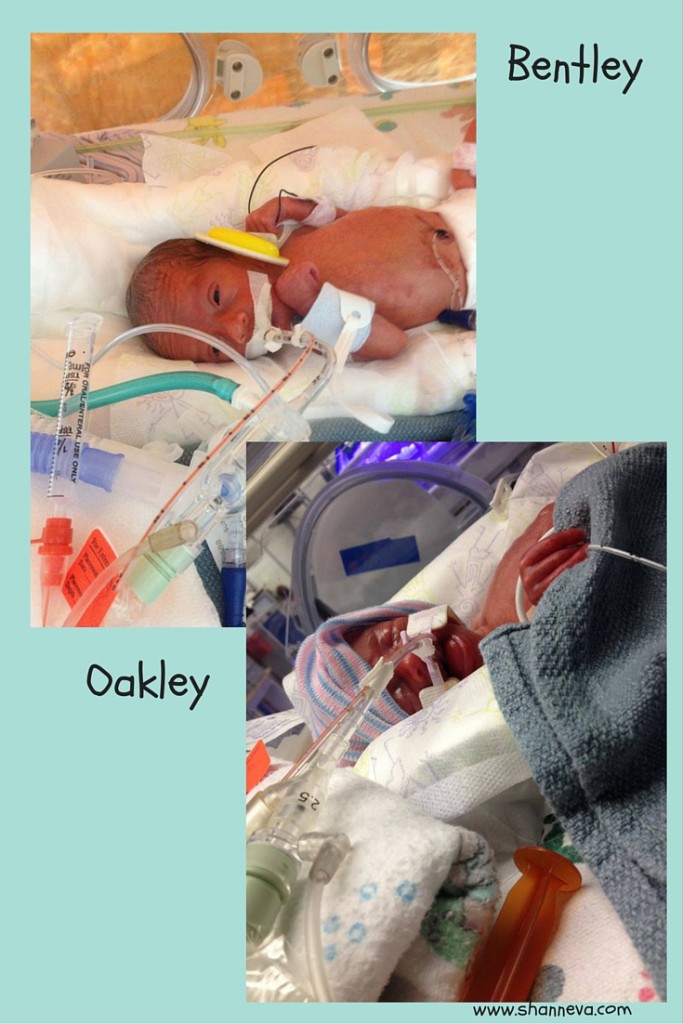 We were able to see them once I was able to get out of bed. We spent 86 days in Vanderbilt NICU. They came home the same day. 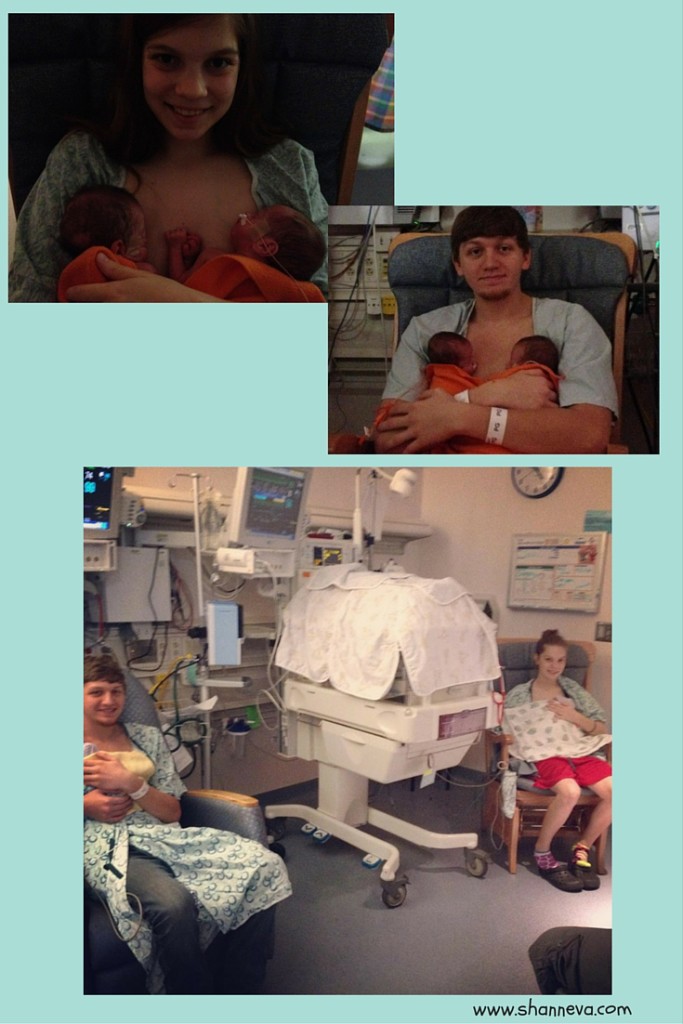 Time in the NICU

Bentley did really well in the NICU no major set backs. At about a month or so old, Oakley got an infection, and they had to reintubate him. That was probably the worst day for me. After a couple of days of intubation, he came off stronger than ever and caught up to his brother real fast! 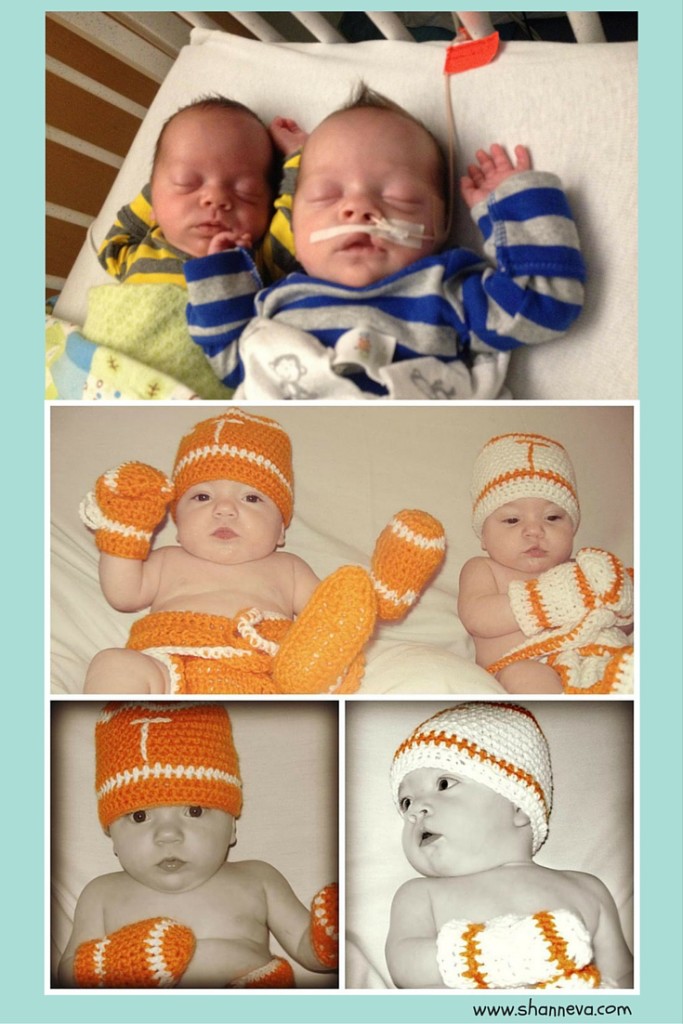 My boys are such happy babies. They are pretty much caught up to every baby their actual age! They walk and talk some! Oakley did recently fail his hearing test but we go back in March and hopefully all is well. We came home with no oxygen and no monitors. They both had a surgery after NICU time. Bentley had a bilateral hernia, and Oakley was born with a cleft lip. They are now 16 months weighing about 21 pounds a piece and around 30 inches tall! Oakley has a love like no other he is so sweet. Bentley is all boy! He gets into everything! 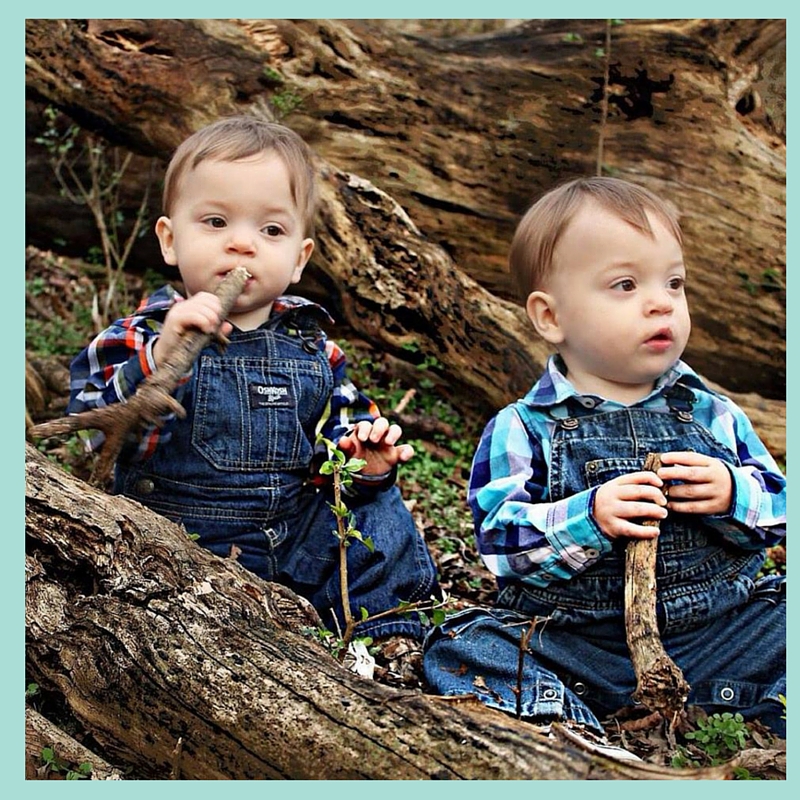 My advice would be get a primary nurse. If it wasn’t for our primary, would wouldn’t have got out as soon as we did! You need someone on your side,and someone who knows your baby! And pray and trust God.

Thank you so much to Katie for sharing her boys and their story with us. I completely agree about finding a primary nurse. We had one for each of our boys, and we loved them. They really advocated for the boys, and we still keep in touch with them both.

If you have any questions or comments for Katie, please feel free to post them here. I also would be happy to answer any other questions about TTTS.