First, I would like to wish my son a very Happy Birthday! Today is his actual birthday, and 6 years ago he was born on a Tuesday morning at 9:36 am.

He is my creative genius that never stops talking or thinking or building or drawing. Sometimes, he drives me crazy, but I love him so much. He is my favorite cuddle buddy, he is too smart for his own good, he is very sensitive, and keeps us all constantly entertained. Happy Birthday Sweet Boy! 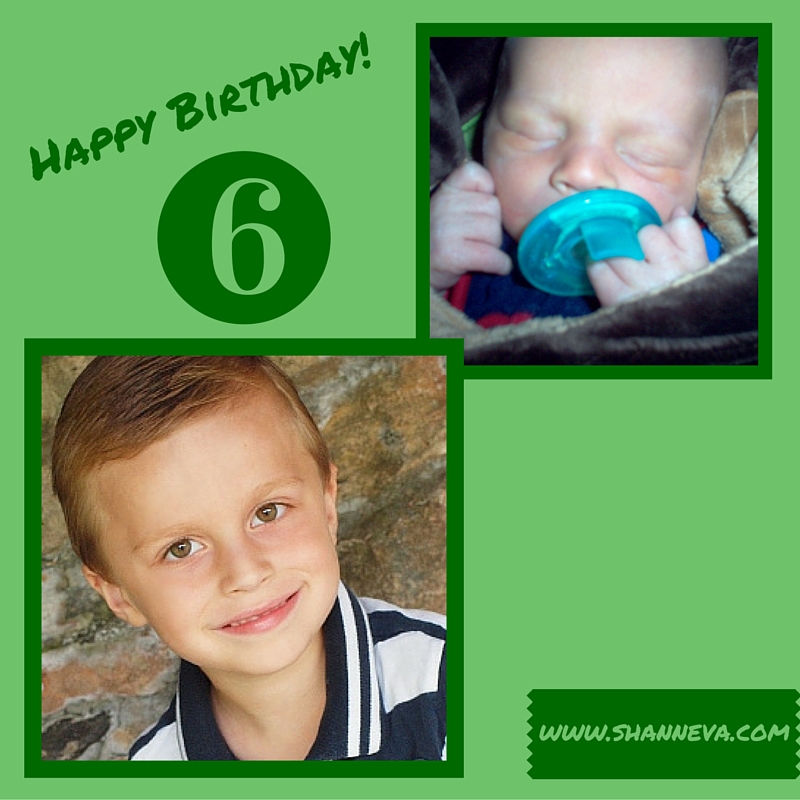 Now, onto some more fun stuff! Have you guess the theme of the birthday party yet? 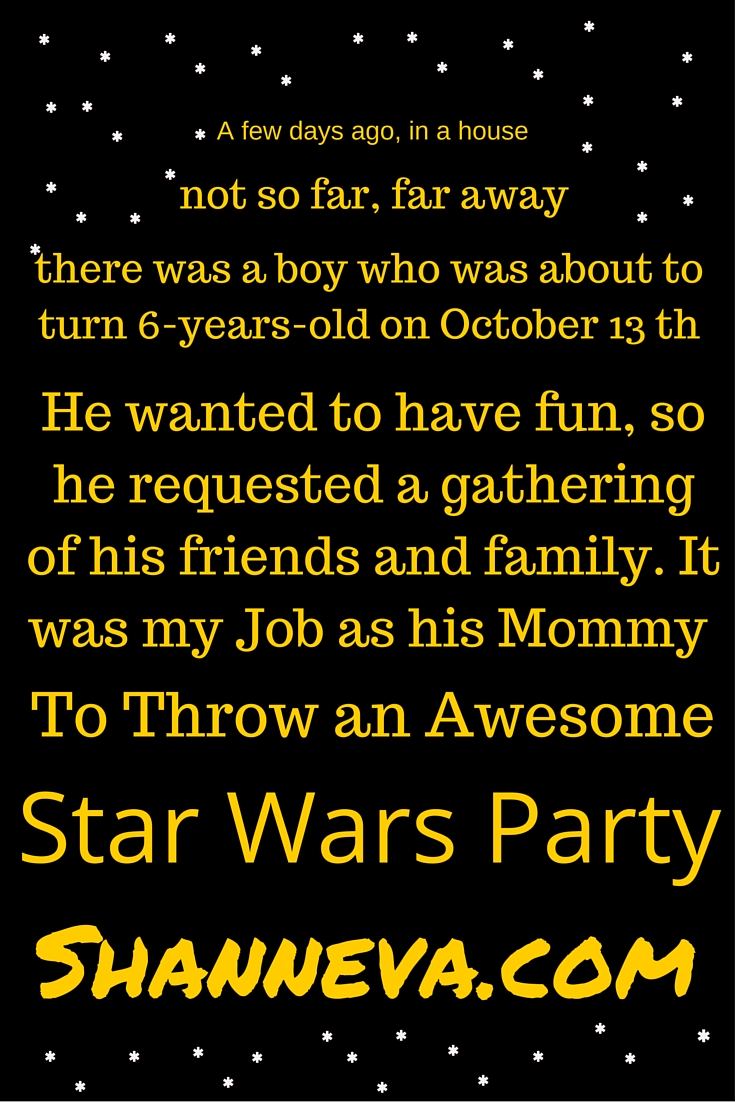 I had a really great time planning this birthday party. I mixed it up between store bought things and my own decorations. Almost everything I bought was on clearance. If it wasn’t on clearance, then it was on sale. I actually bought up a bunch of Star Wars stuff when it went on clearance at the beginning of summer. Now, they are rolling it all out again with the new movie coming up, so I was able to complete my decorations. If you are planning a Star Wars party anytime in the future, I suggest hitting the after Halloween sales, then looking again after the movie is released. There should be some great deals.

I was a little stressed early in the week, but then everything started coming together, and I was just excited. On the day of the birthday party, we had beautiful weather, the kids were in a good mood, and the party went off without too many hitches.

As you know, I bought the cake. I’ve never had a problem with Sam’s Club before, but when we went to pick it up, there was a line of people waiting. Some people had even ordered their cakes two weeks ahead of time, and NONE of them were done. The cake decorator called in sick that  morning. This should not have been something too out of the ordinary, so they should have been more prepared. We did get a cake, but wasted about a half hour waiting.  However, that was our biggest problem of the day, so it really wasn’t that big of a deal.

Now, on to the birthday party. I’m going to share a bunch of pictures today, then come back to the blog this week and next week as I break it down into a post all about the decorations, all about the food, and all about the goodie bags/fun stuff for the kids.

First, here’s the cake, and the kids. 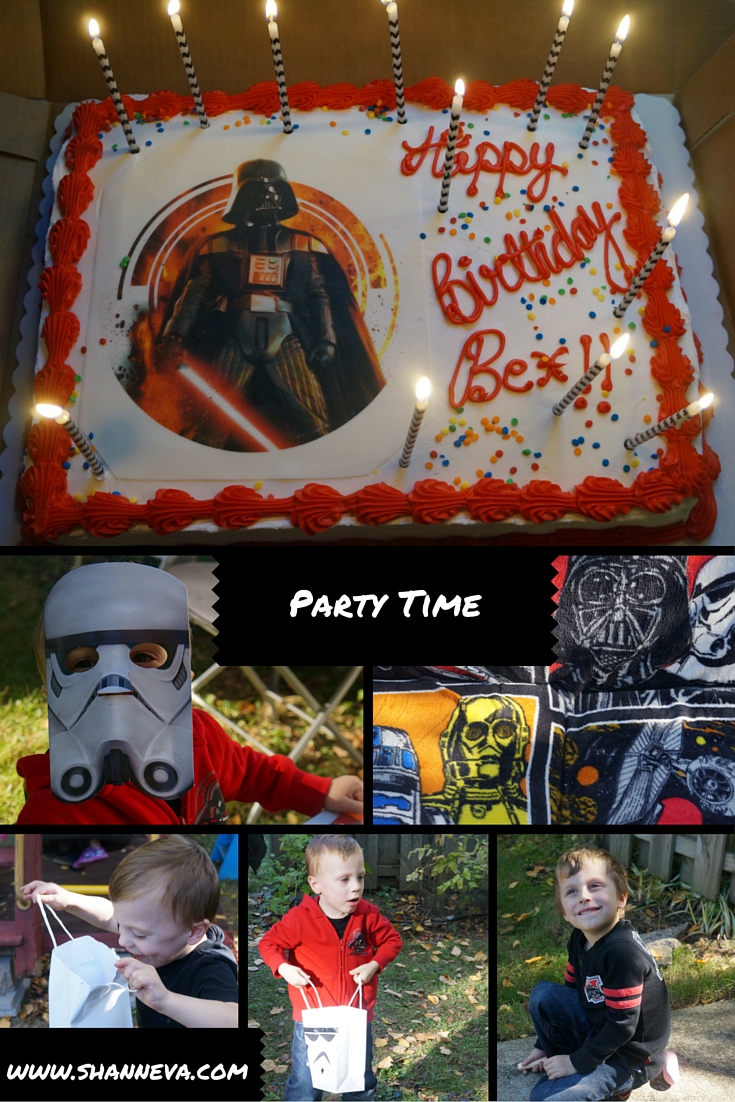 Next, you will see our backyard. Hooray for nice weather!!! 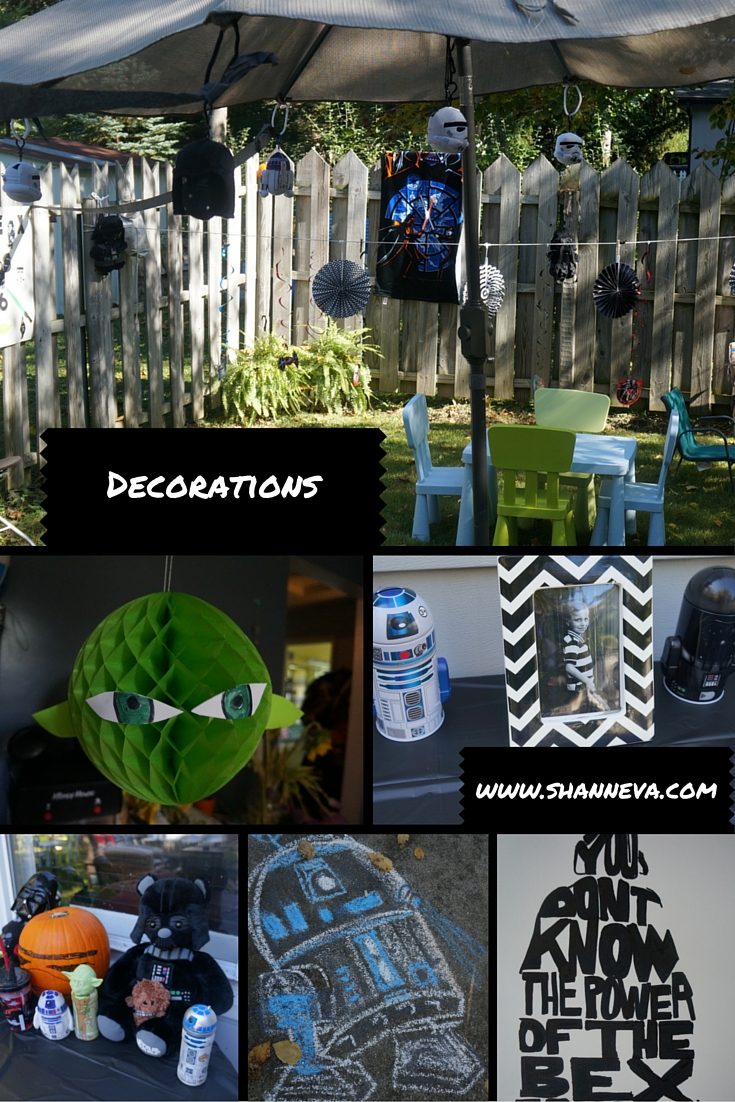 Now, I know the handmade signs and decorations aren’t perfect, but a lot of work and love went into them. I really like making crafts, especially for my kids. My husband, who is the real artist, did the fabulous R2D2 chalk drawing above.

Sure, I could have printed the sign below and used graphics like the picture in this post at the beginning, but it felt better to make it myself, and my son even helped out. 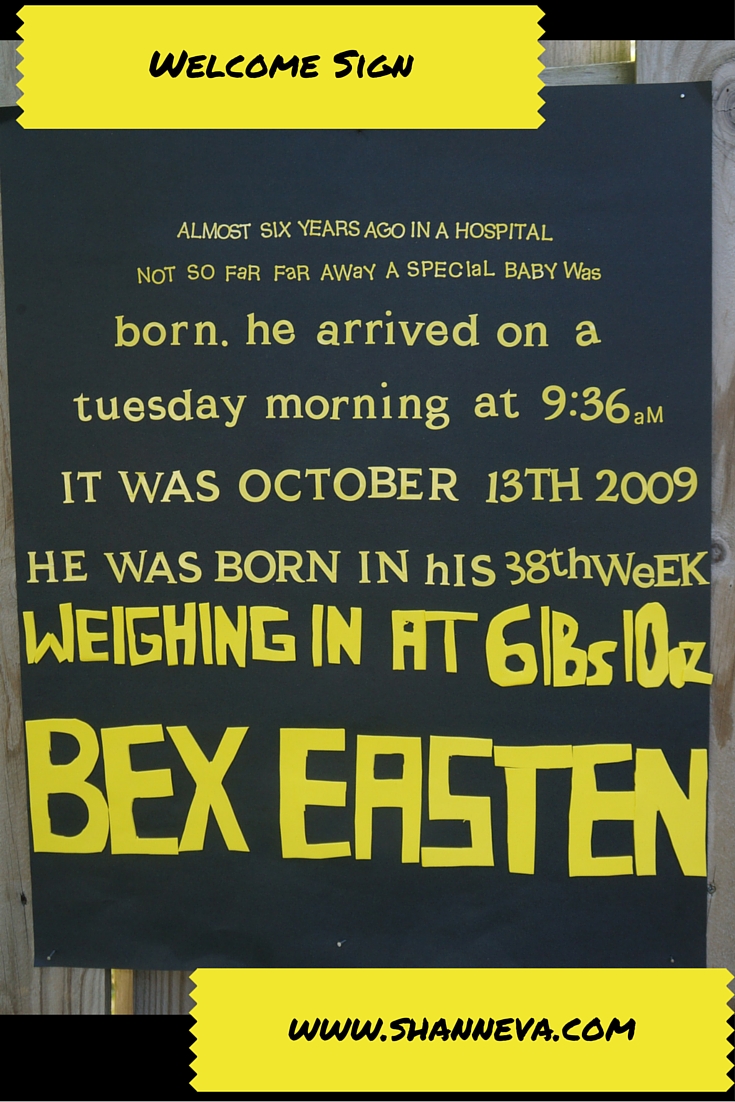 We, of course, had a Pinata, as we do every year. My Darth Bear from Build-a-Bear, which I got for my birthday (I’m still a big kid when it comes to stuff like that!) A plastic pumpkin made into Darth Vader, a box for cards from Hobby Lobby (my new FAVORITE store, which just opened here!) and bags for all the Pinata candy, that I decorated to look like Storm troopers. 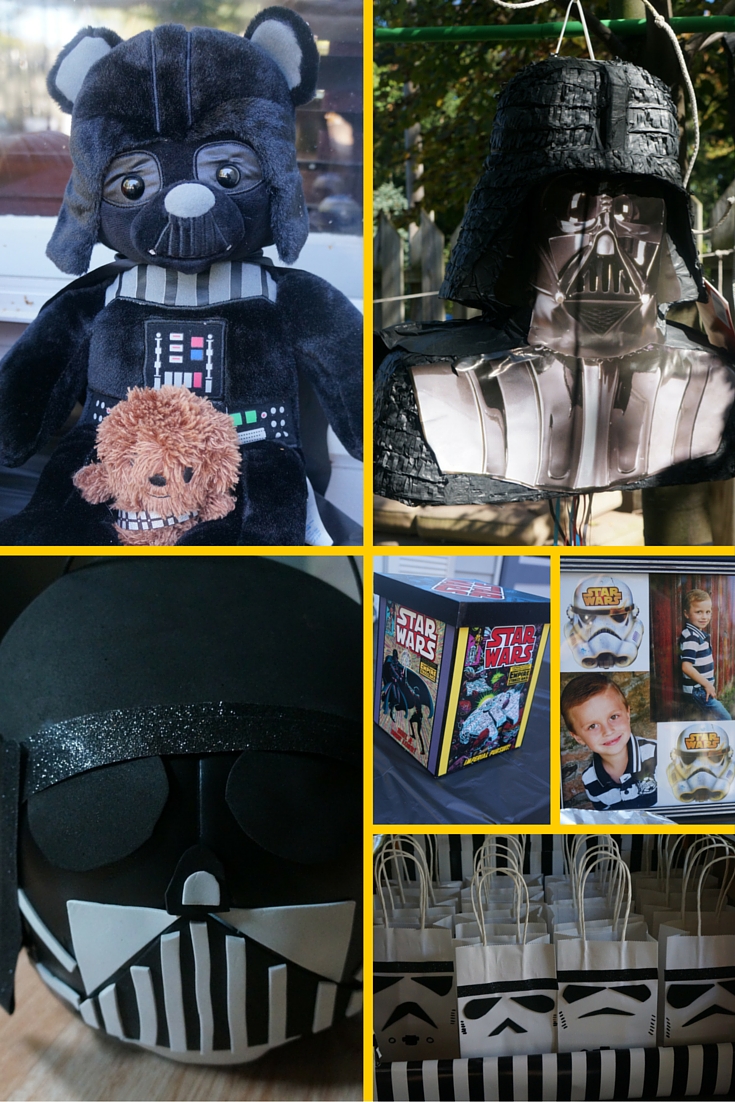 So, tomorrow, I’ll have a recap on the “Actual” birthday, but Wednesday, I’m going to tell you all about the party food.

Hope you’re having a great Tuesday, and “May the Force be with you!”