Thank you for joining us for another Micro Preemie Monday.  I’m so happy you are here to help spread awareness about premature birth, and support another family’s journey.

Today, we meet Kristen and her baby, Gabriel.  One of the amazing things about their story, is that Kristen was a preemie herself.  She was born at 28 weeks, weighing just 1 lb 9 oz.  When she was born in 1985, the doctors only gave her a 2% chance of survival.

Kristen had a very traumatic delivery of Gabriel, and was very sick for weeks after he was born.  Her husband, Mark, had written down the experience for friends and family, so I’ve included that, as well.

Also, at the end, there are some medical terms defined for you, as noted by the *

2.  How long was your NICU stay?  What was the hardest part?

He stayed in the NICU at New Hanover Regional Medical center in Wilmington, NC for 100 long days. He was born 12-4-13 (Kristen, herself was born 12-5-1985!)  I was due 3-11-14, and he came home 3-14-14 on a Friday evening around 7pm. That was the scariest but happiest drive ever!
The hardest part for me personally was being so sick initially during and after his birth, and not getting to go see him for 10 days due to my own health issues. Then seeing him laying there fighting through a heart surgery at 28 weeks gestation, then eye surgery the following March, and we couldn’t do anything for him. He also had two brain bleeds.

Kristen had lost a lot of blood and due to her medicine and a DIC*, she was no longer able to clot. Gabriel had been delivered but needed chest compressions to get his heart rate going but that he was going to the NICU, and I needed to go down there immediately. I have since found out that my son did not flat line in the operating room but at the time, hearing chest compressions made me worry about how much oxygen he had lost. They got him to the room and weighed him, the only thing I could think was please be 1 lb 9 oz, I know Kristen made it and by God so would he. The doctors had to weigh him twice because they could not believe he was 2 lbs 3 oz.  26 week old preemies normally do not weigh this much. The doctor told me that up until that day he was perfectly healthy and his weight would help him. 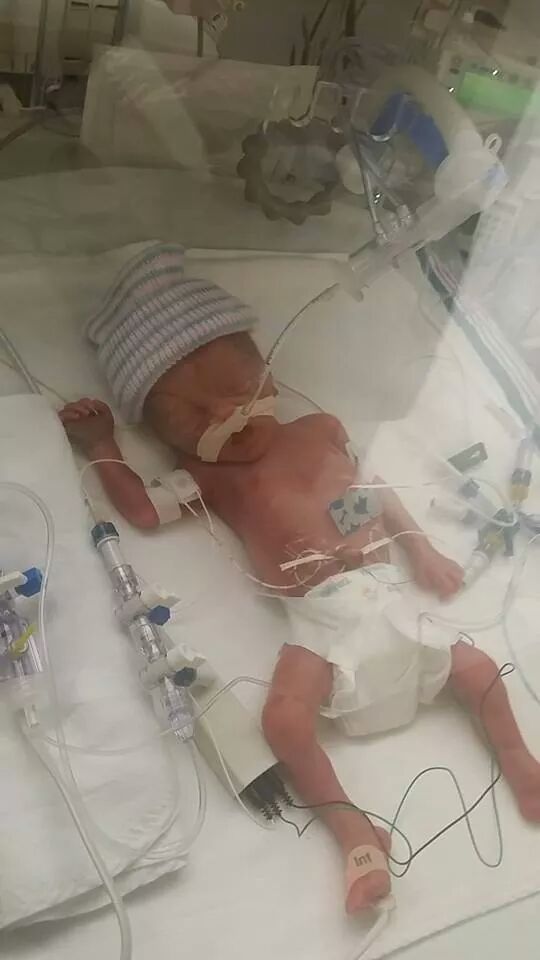 I had Preeclampsia*, DIC*, HELLP SYNDROME* & a Placental Abruption and the only way to save me was to have an emergency c-section. During my pregnancy, I had to give myself blood thinners via injection in my stomach due to having Liden factor V and II clotting disorders, I hadn’t had any signs of issues until 5 pm on December 4th. Then after he was born, I was in the ICU literally dying, and they couldn’t stop my bleeding they had to do a second surgery and also give me a central line and lots of blood transfusions.

Kristen went to work that day while I slept, having just worked a 55 hour work week. When she came home we cuddled and watched some Avengers on Netflix till dinner time. I am ashamed to say neither of us felt like cooking so she went to go get McDonald’s. When she came back our dogs saw a French fry drop and in the chaos that ensued, they had knocked over my drink. As Kristen and myself went to clean it, she stopped, took a deep breath, and stated that something didn’t feel right. She went to the bathroom and upon finding blood coming out of her, I advised her to get to the local hospital about a mile a way while I cleaned and put the dogs away.

When I got to the hospital they had already gotten a room for Kristen and briefed us on what they thought. Her blood pressure was 205/119 and the bleeding due to her taking blood thinners was only getting worse. They still could find Gabriel’s heart rate at about 149 so he was stable. They prepped her to go to New Hanover hospital who could handle her condition, Preeclampsia. For two hours I made calls, prayed and waited, while Kristen has told me the only thought she had was, “Hold on Gabriel! Don’t come yet.”

When the transport did come, they got her prepped and away we were to Wilmington. As the ambulance reached Wilmington the EMT was having trouble getting Kristen’s blood pressure under control. It was becoming harder to find Gabriel’s heart rate. For the rest of my life I will not understand why they did not hit the lights and rush her faster to the hospital.

By the time we got there, the last heart rate they got on Gabriel was 20 and Kristen’s bleeding was out of control. The EMT got Kristen to her room as she told me how scared she was with everything that was going on. The doctor told me they could no longer find Gabriel’s heart rate and they needed to go in now or he would not make it. At that point I did the only thing I thought could help, I lied to my wife. I went over took her hand, asked her to look at me and told her that everything was ok. The doctors told me Gabriel was ok, that they needed to get him out but that everything was going to be ok. I wanted to calm her to the best of my ability before they wheeled the two most important people in my world off to be operated on. I remember the nurse holding me and praying with me to watch over my family. I asked god to take me, to have my soul if he would let them live. I remember thinking how hard this must be for Kristen’s parents as 28 years ago almost to the day they had gone through this.

I started asking what felt like a thousand questions about things we could have done differently to avoid this. He simply told me this was unavoidable and that had we arrived 5 minutes later both my son and my wife would have died. He did explain that her blood pressure had ripped the placenta off her uterus wall and because of this there was an undetermined amount of time that Gabriel got no oxygen from mom. This meant that for Gabriel brain damage was and is a very real possibility and for Kristen she had an internal wound that would not stop bleeding. 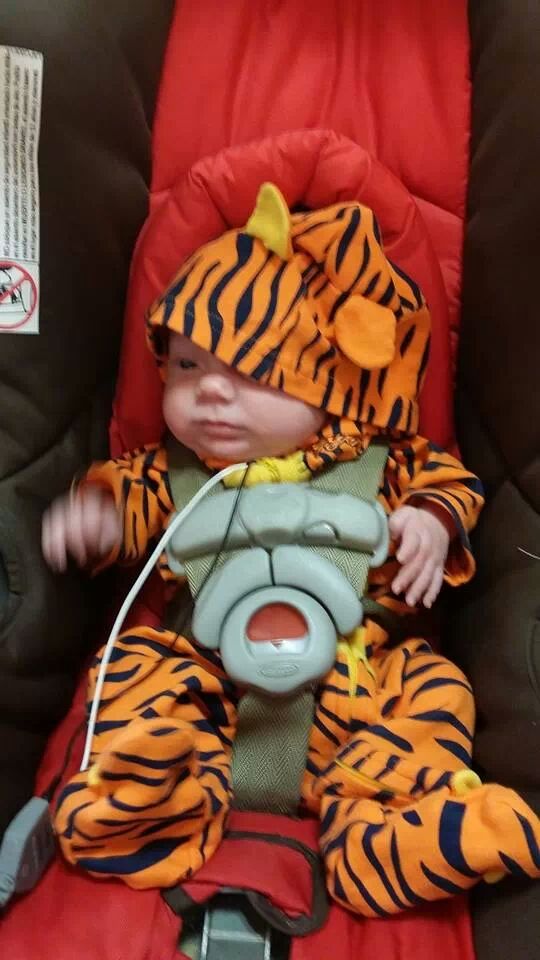 Kristen spent the next three days in the ICU and lost more than 7 pints of blood. To supplement this they gave her 7 pints of blood, 3 bags of platelets, a lot of plasma and required and additional surgery to close up her internal wounds. She is still in the hospital at this point and her eye sight, which became distorted from the blood pressure, as well as her blood pressure itself has still not corrected. She has been able to go see Gabriel and through the wonder that is face time I was able to get her to see him many times prior while she was still bed ridden. The doctors are expecting weeks if not months of recovery and she may never have normal blood pressure or eye sight again.

I’m doing much better. I was in the ICU for 4 days and the hospital 14 days after I had the emergency c-section and another surgery to stop the bleeding and countless transfusions. I still get headaches and have pelvic pain from all the surgeries and docs said we shouldn’t have anymore kids. My BP went back to normal and so did my vision and my kidney functions

Gabriel gets physical therapy, developmental therapy, has hearing loss and is growing like a weed. He is 17 months and 24 lbs now 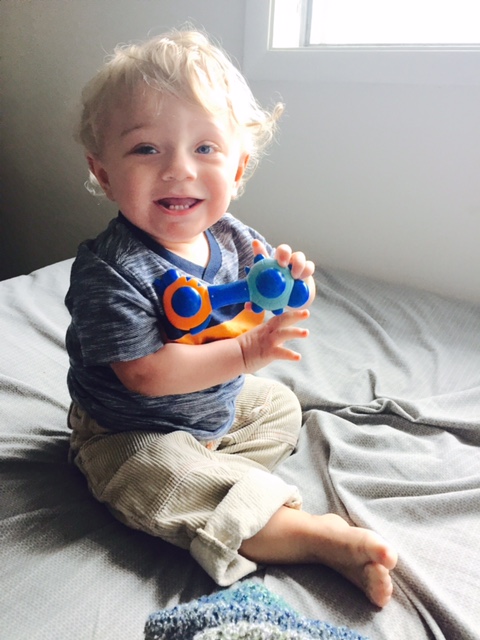 5. What advice would you give to a new Micro Preemie Mom?

Ask all the questions you have!!! It’s your baby your mom and dad! Pray and have faith preemies are little fighters! 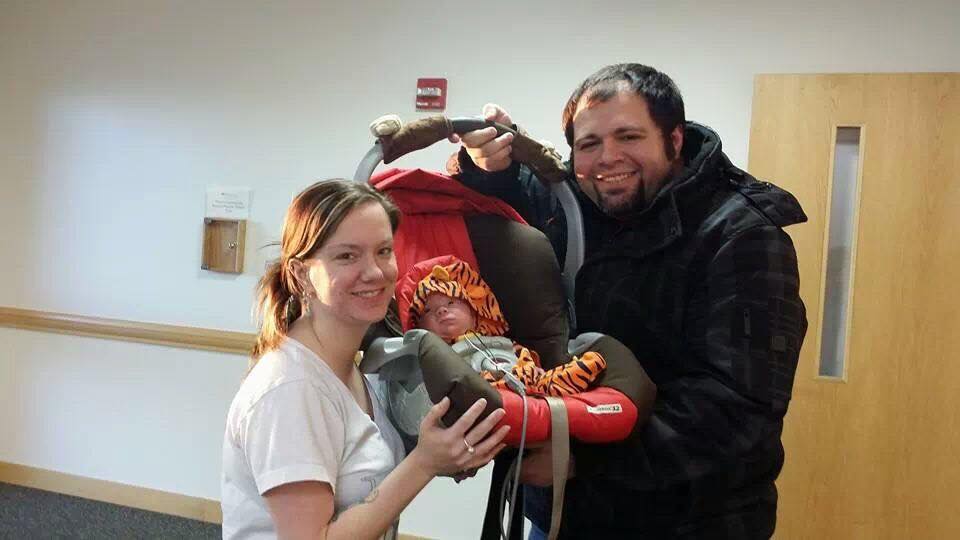 From The March of Dimes:

*Preeclampsia   …is a condition that can happen after the 20th week of pregnancy or right after pregnancy. It’s when a pregnant woman has high blood pressure and signs that some of her organs, like her kidneys and liver, may not be working properly. Signs of preeclampsia include having protein in the urine, changes in vision and severe headache.

HELLP syndrome is rare but serious. It happens in about 1 to 2 of 1,000 pregnancies. About 2 in 10 pregnant women (20 percent) with preeclampsia or eclampsia have HELLP.

*Placental Abruption …is a serious condition in which the placenta separates from the wall of the uterus before birth.