Though she was very small for her gestational age, today’s miracle fought very hard.

Micro Preemies are defined by many different criteria in many different sources. Basically, it’s a way to describe the smallest and earliest arriving babies. As I’ve mentioned before, a micro preemie (on this blog,) is a baby that is born before 28 weeks and/or under 2 lbs.

Today, we meet Nova. Even though she was born after 28 weeks, she was under 2 lbs, which is very small. It’s tiny. It’s actually hard to even imagine. I only know what it looks like because my little P was also under 2 lbs at birth.

While both age and weight can play a role in the baby’s survival and strength, neither takes away from the fact that they have to fight with everything they have. Whether it be 3 weeks early or 3 months early, 2 weeks in the NICU or 200 days in the NICU, every baby’s story is important. Premature birth needs more awareness, and I am so thankful to every person that shares their baby’s with us.

In addition, Rebecca, Nova’s mother’s premature birth was cause by a condition that many mother’s face. I will provide a definition, and a way to find out more information at the end.

1. Tell us about your baby?

Nova Rinoa Elizabeth was born on August 21st, 2015 at just 29 weeks gestation. She was due on the 4th of November! She was only 1lb 12 at birth (800g) which was tiny for her gestation.
She was delivered via emergency C-section, and the doctors told me in advance they did not expect her to be in good health when she was removed. She was blue when they took her out and barely breathing. 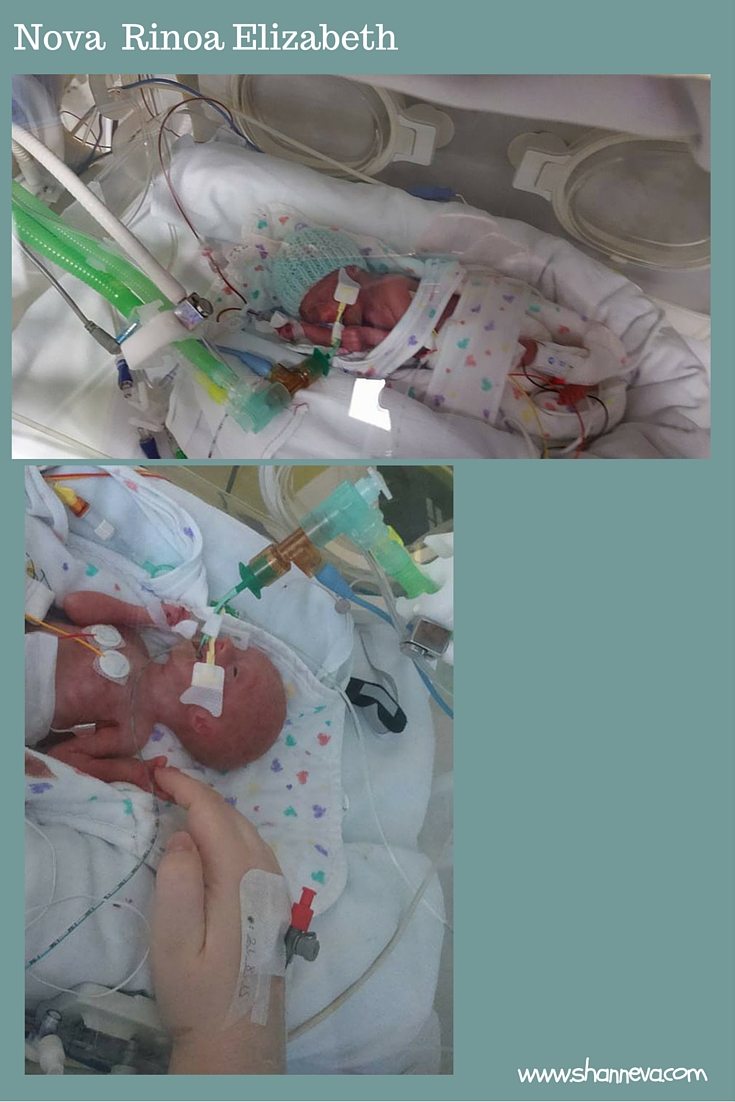 2. How long was your NICU Stay?   What was the hardest part?

Nova stayed for a total of 69 very long, very hard days. The hardest part was when we were told she may not survive the night, she was only about 2 days old. Her blood pressure was dropping rapidly and they were struggling to keep her O2 stats up. She ended up on an oscillator for over a week.

There are few things that haunt me in my life, one of those things is seeing my daughter hooked up to an oscillator. For parents who are fortunate enough to bypass this experience, the baby is sedated and they do not breathe in the conventional way. To put it bluntly, if it wasn’t for the machines telling me otherwise you would have thought she was dead.

The 2nd hardest part was being discharged from hospital, and knowing I was going home whilst she was still there. 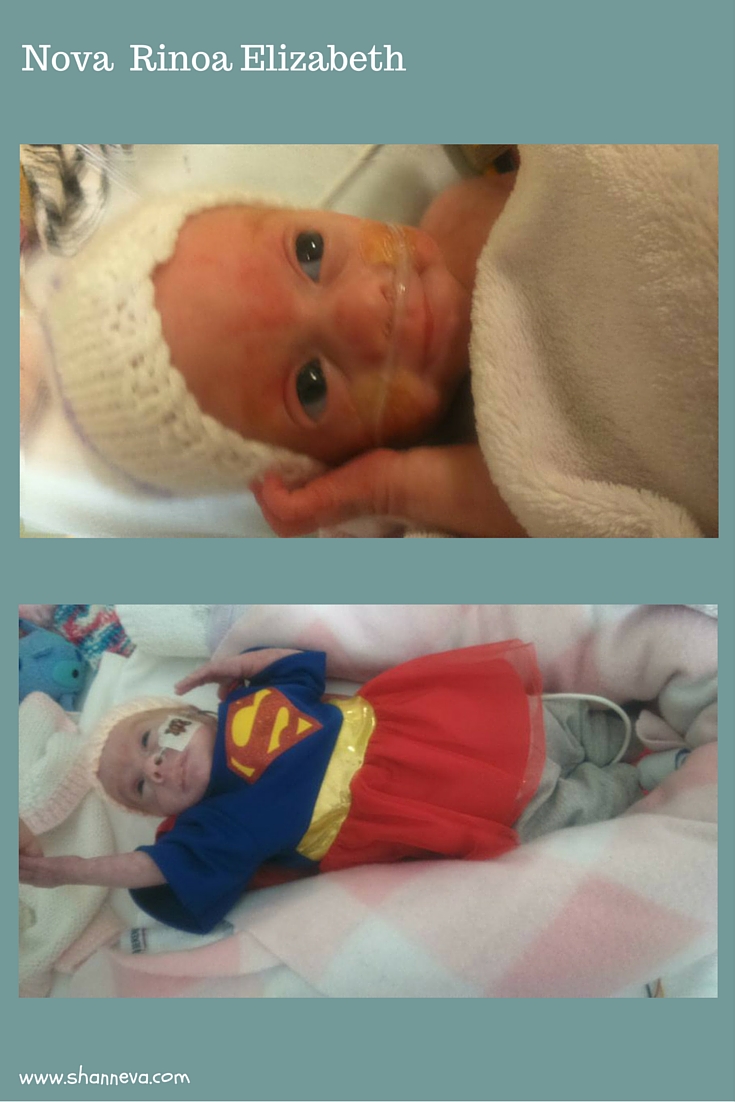 Preeclampsia. I was completely unaware until she arrived.I called the hospital as Nova had stopped moving, and was told to come in to be checked. When I arrived they managed to find her heartbeat so I assumed all was ok. Clearly, everything wasn’t and she was delivered within the hour.Looking back now, I remember the doctors being shocked I was still walking my pre eclampsia was that bad. It is also the cause of her low birth weight, and was likely undiagnosed for around a month. 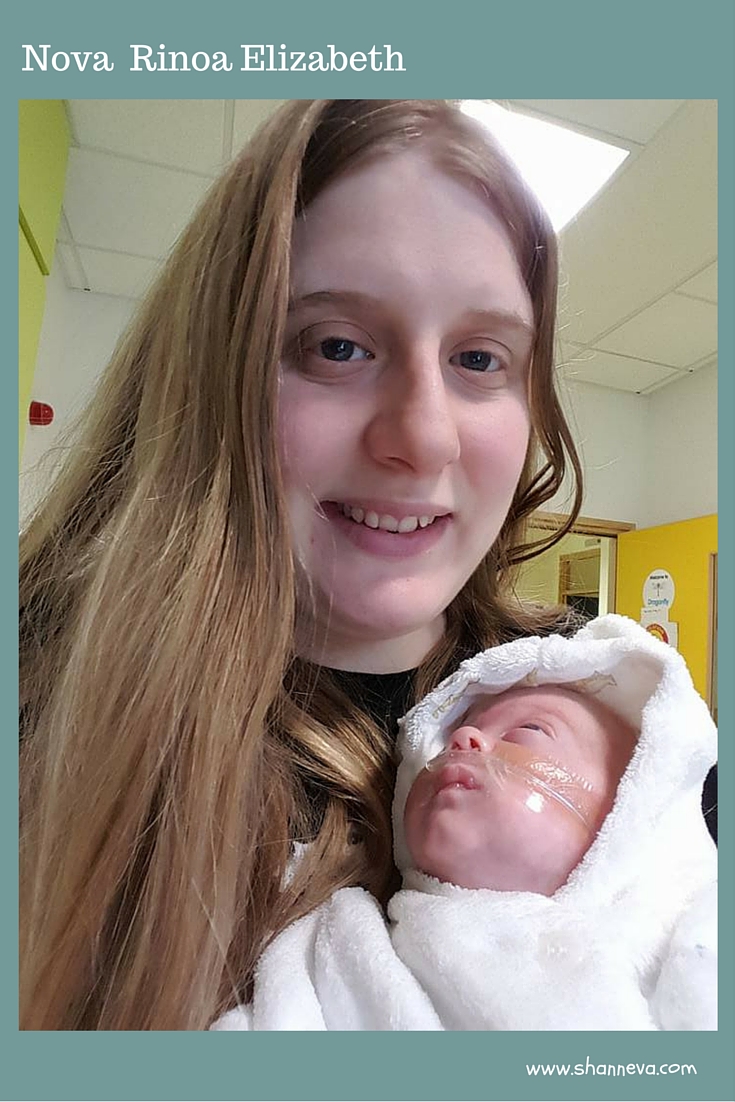 4) How are you and the baby doing now?

We’re both doing great! Nova has been home for around 3 months now, and the NICU experience is nothing more than a distant nightmare. She is still very small her even her corrected age, but I think she is perfect.

She is such a happy, smiley girl, and I like to think that the hospital experience hasn’t affected her at all. It’s just me and dad who will remember that! 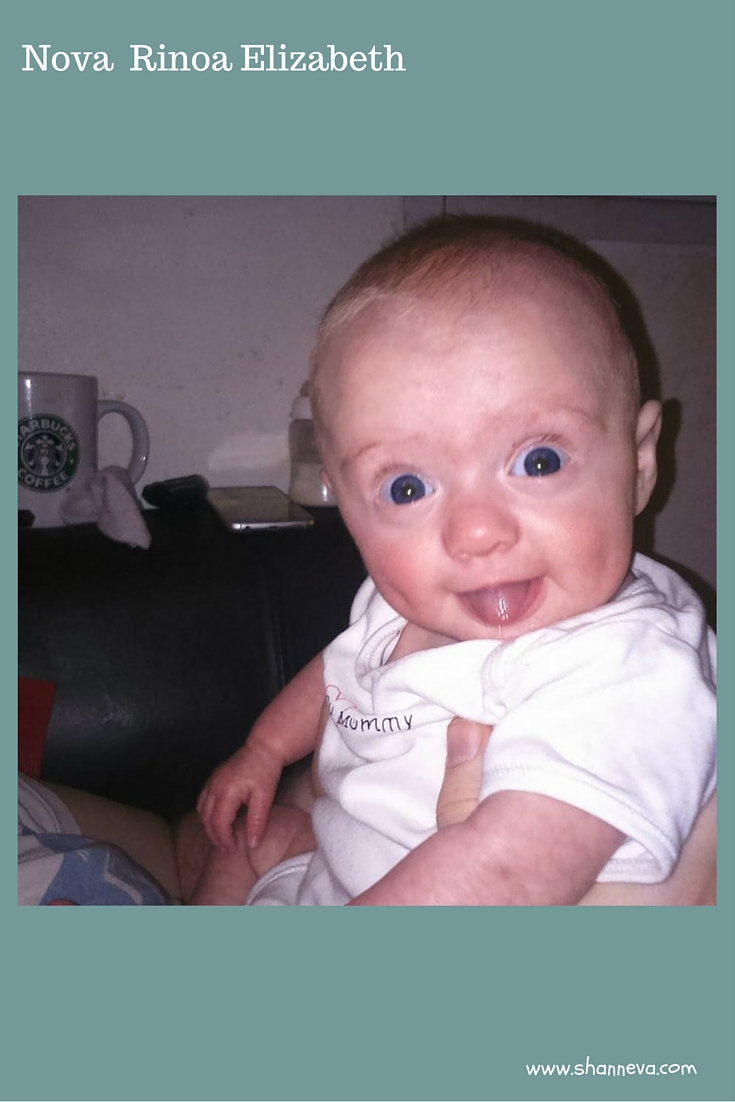 5) What advice would you give to a new preemie parent?

The NICU life will be up and down, so make sure you take time to process what is happening. It can be overwhelming, especially when you’re given all these new terms to learn. So if you have any questions make sure you ask!
Never, ever blame yourself for what has happened, you will get nowhere. I know it’s a long road, but there is a light at the end of that tunnel no matter how distant you think it might be. 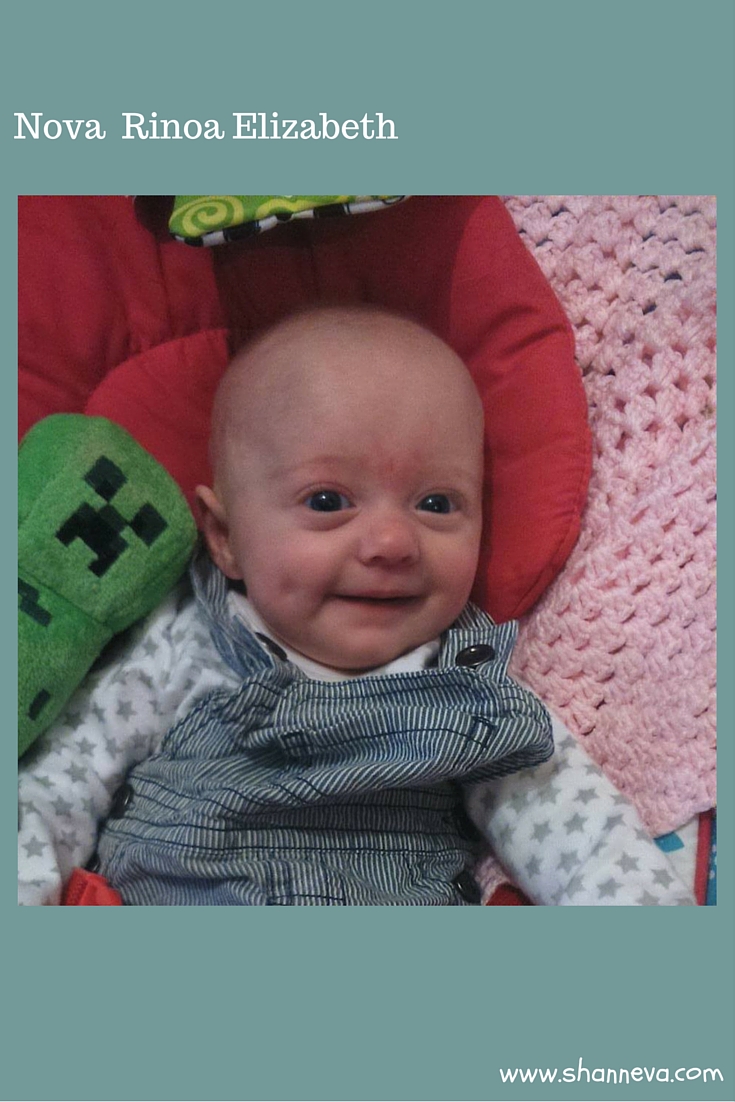 Such great advice from Rebecca. I know that many of us mothers that have had a premature birth blame ourselves and our bodies, but it is not our fault. Not at all. Thank you for that reminder, Rebecca.
From The Preeclamsia Foundation:
Preeclampsia is a disorder that occurs only during pregnancy and the postpartum period and affects both the mother and the unborn baby. Affecting at least 5-8% of all pregnancies, it is a rapidly progressive condition characterized by high blood pressure and the presence of protein in the urine. Swelling, sudden weight gain, headaches and changes in vision are important symptoms; however, some women with rapidly advancing disease report few symptoms.
To learn more, please visit their site at http://www.preeclampsia.org
Please leave your questions and support for Rebecca and Nova in the comments.