You are here: Home / Blog / Advent Calendar Adventures and Disasters

Do you have an Advent calendar?

When I was little, we had a fabric Advent calendar. My mom got a fabric one from Avon, and it had a stuffed mouse that you moved each day until Christmas. I still remember trying to beat my brother to it each morning. Moving the mouse was a huge deal.

Now, there are all sorts of Advent calendars. Sure, there are still decorative ones where you move an object from one day to the next, but there are also tons of other options. From toys to food to even wine, you get a new treat each day up until Christmas.

Obviously it’s all a marketing scheme to buy more stuff, but I definitely fell into it.

And now it’s too late to turn back.

The Start of the Advent Calendar

Remembering how much fun we had as kids, I wanted my kids to have the fun of an Advent calendar too. While we made a competition about “moving the mouse,” it really was about counting down the days until the most special one.

It seemed to make the season more magical.

So, when Mr. B was little, I got an Advent calendar.

It was a cute, soft one, as close as I could find to the one we had growing up. Instead of a mouse, it had soft ornaments you attached to a tree each day leading up until Christmas.

When the twins arrived, I found a Santa Claus, and I personalized it with their names. You would move the snowflake through each spot until you arrived at Christmas. 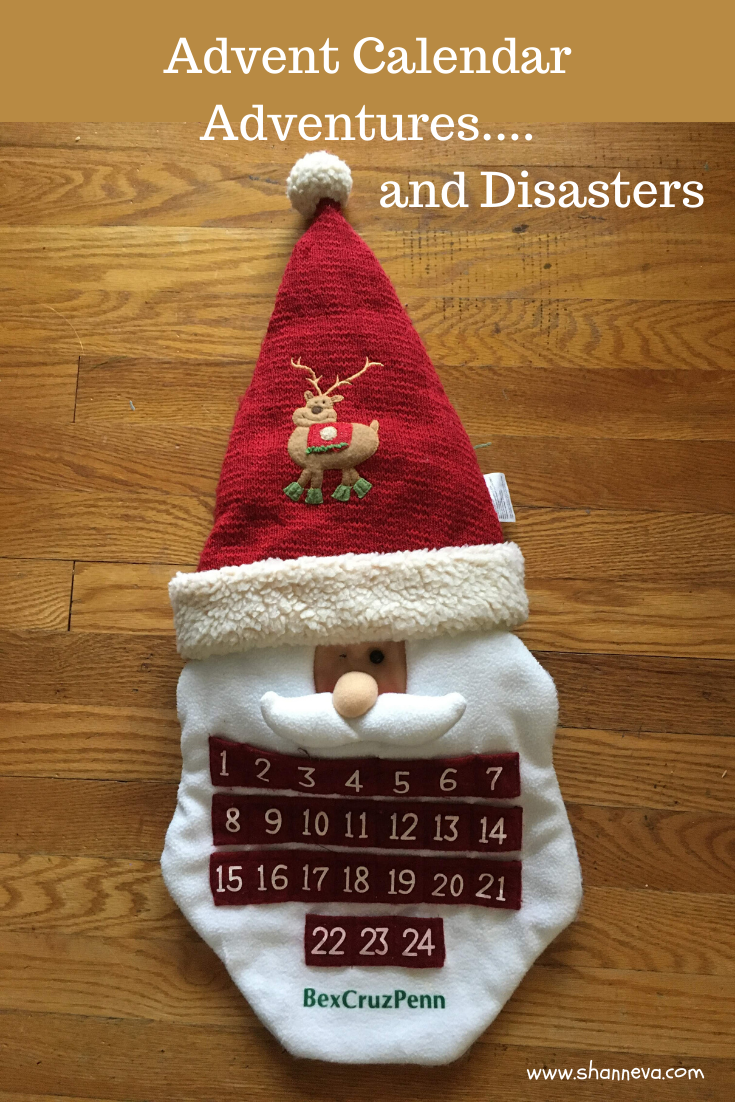 Then, when Mr. B started preschool, he found out about one with candy.

He was so excited how his friend got a piece of chocolate every day, and he wanted one too. Innocent enough (and cheap enough!) I got each of the boys one. A small piece of candy each day brought more magic to our holiday season.

But, it didn’t stop there.

And this is where the adventure/disaster begins

I’m not sure if he saw it or I thought it would be fun, but next came the Lego Advent calendar.

Mr. B has been obsessed with Legos from a very young age. He’s always been super creative and loves making stuff, so Legos have always been his favorite toy. So, the Star Wars Advent Calendar arrived in 2nd grade.

*If you click through the picture, you will be taken through my Affiliate link to Amazon. There is no additional charge, but I may earn a small commission if you make a purchase.

I’m not going to lie. It was pretty cool. Each day, there is either a minifigure or a small build.

The twins were still happy with their chocolate, so all was well.

Then, they wised up.

If their brother was getting toys each day, why weren’t they? So, I promised them one the next year, and my hunt began. Luckily, I’m a great shopper, so it wasn’t too hard.

Since the twins loved trains, I found one Thomas the Train mini train Advent calendar (affiliate link)on clearance after Christmas. Then, I got one from a previous year on Amazon.

Both cheap. 24 mini trains each. Perfect.

The twins didn’t really get the concept of the Advent calendar. They did not enjoy only opening one box at a time. It was not magical, but torturous.

So much so, that Mr. P could not wait.

I’m not sure why I left the calendars in their room, but that next morning, I noticed that another box was open. When I looked closer, I saw that Mr. P had opened his entire calendar to peak at each train. He didn’t take them out, but he couldn’t stand the surprise.

Oh well. Not everyone likes the same things.

However, I wasn’t ready to give up!

So, here we are. Our latest Advent calendar adventure.

Mr. B got his Star Wars Lego calendar (on sale, I might add!) but what to get the twins? I decided to ask them this time. We looked at pictures on Amazon, and settled on two different calendars. They would then share the toys evenly.

I ended up buying a Fornite (video game figures) one on Amazon. 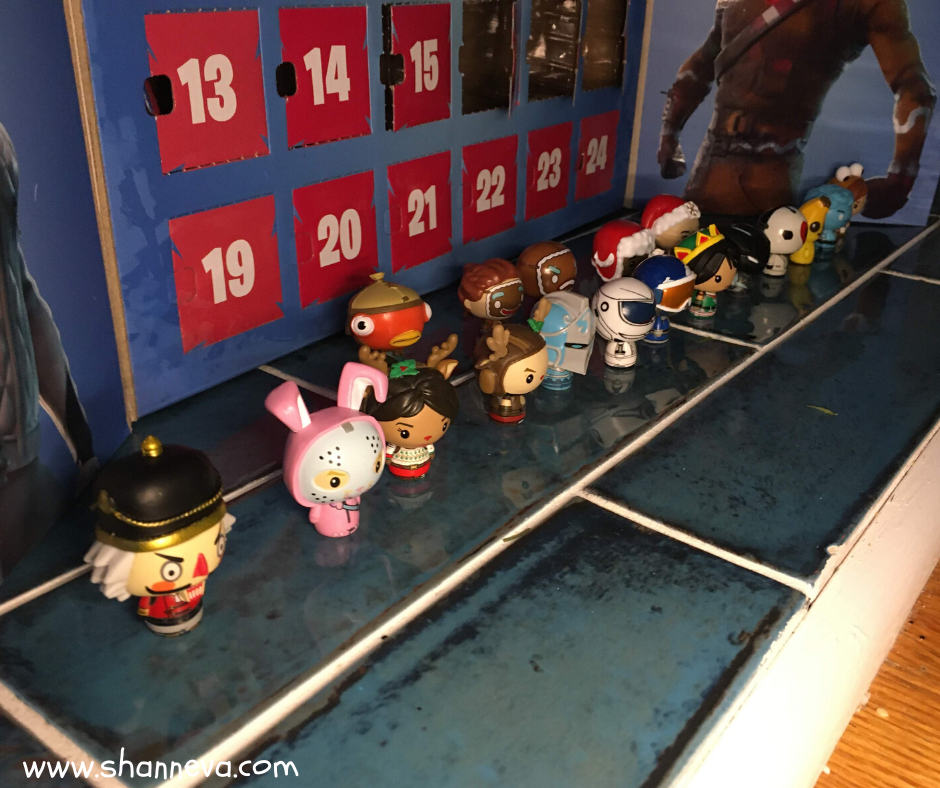 I bought a Hatchimal one at Meijers (with a coupon.)

The first morning everyone was super excited. Then, the crying/fighting/arguing began.

Mr. P did not want to share any of his Hatchimals, and Mr. C wanted the Hatchimals. I tried to explain that Mr. P would then get a Fortnite toy instead, but he wasn’t having it. So, I told them we’d figure it out the next morning.

Here’s where it really goes downhill.

The next morning, both boys were OK with opening their respective calendars. Mr. C liked his Fortnite character.

Mr. P did not. He did not get a Hatchimal. He got an accessory. All heck broke loose.

Let me backup. For those of you not familiar with Hatchimals, they are these tiny little toy animals that “hatch” out of eggs. His calendar was supposed to have little plastic ones in each box. Except, that’s not exactly what the box said. I guess I should have read the description better. 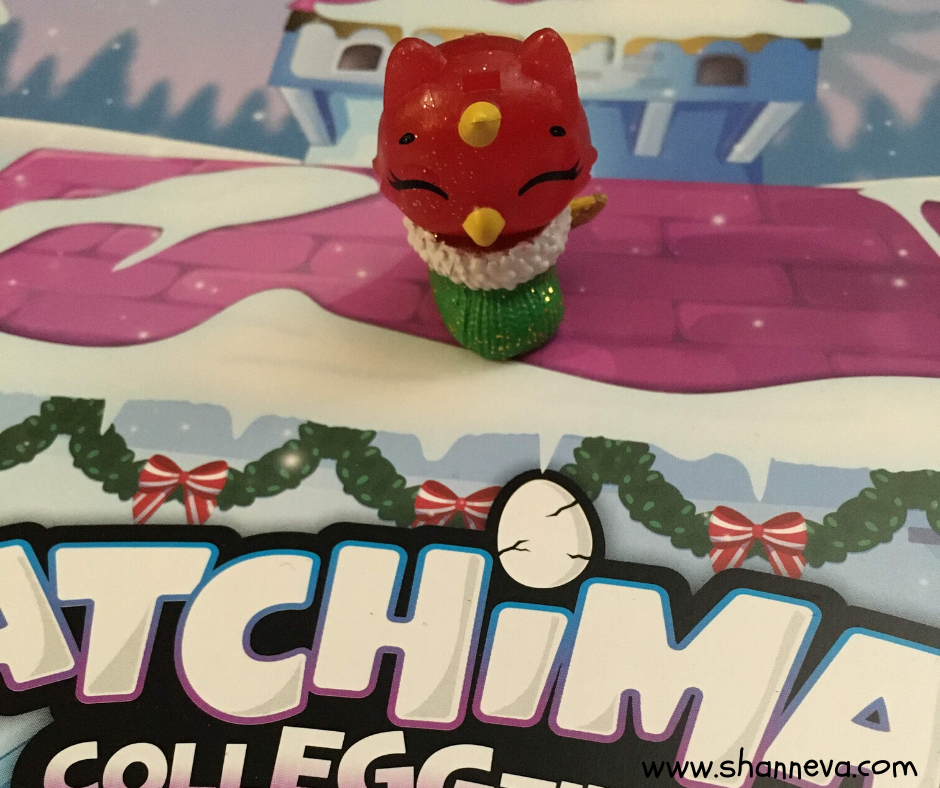 It said, “24 surprises,” not 24 Hatchimals. So, the surprises were not all actual characters, but nests, ear muffs, ribbons for their hair, etc.

Mr. P was NOT amused. In fact, he was pissed.

At first, I was also angry…at Mr. P. How could he be upset about getting any kind of present? No matter what it is? Then, I realized that he is a kid, and that while he should still be grateful, he didn’t really understand. He was disappointed, and that is how he showed it.

So, I did what any mom would do. I told him I was sorry, and that I’d find a way to make it up to him. Then, I sent him to school and went shopping.

I probably shouldn’t have started this whole thing, and buying more stuff is not the answer. However, giving gifts is my love language, and I wanted them to be happy. I still wanted them to love the advent calendar as much as I did.

Plus, I couldn’t let one twin have 24 toy characters, while the other gets just a few and some crappy bows and hats for these ridiculous animals.

So, off I went to every store known to man. Not really…just my usuals…Target, Meijers, etc. I couldn’t bring myself to spend another $15 on this junk, but then I remembered something. A few days earlier, I saw a 12 day Hatchimal Advent Calendar at Von Maur.

Now, if you don’t have a Von Maur near you, it’s a department store. It’s not cheap, but when things go on sale, they really go on sale. The calendar I saw was originally $36 and marked down to $18 the last time I saw it. By the time I was back to actually buy it, it was now only $9.

Now, all boys are happy. If Mr. P gets an accessory, he gets to open one of the eggs from the other calendar. Mr. C is still happy with his Fortnite, and Mr. B is still loving his Legos.

The only one not happy is this lady. Those Hatchimal eggs are brutal! I have lost part of a finger nail and sustained numerous cuts trying to open those darn plastic eggs. Plus, the whole ordeal was too stressful during this time of year. 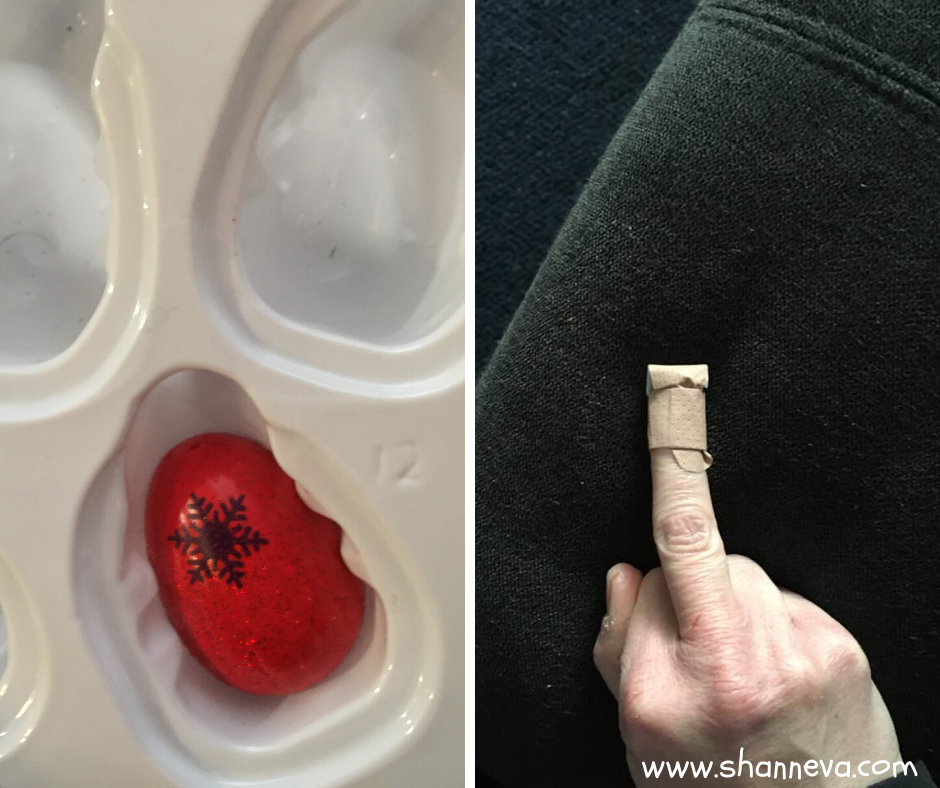 Next year we are going back to the good old fashioned fabric advent calendar! Ha!

At least we do NOT do Elf on the Shelf! 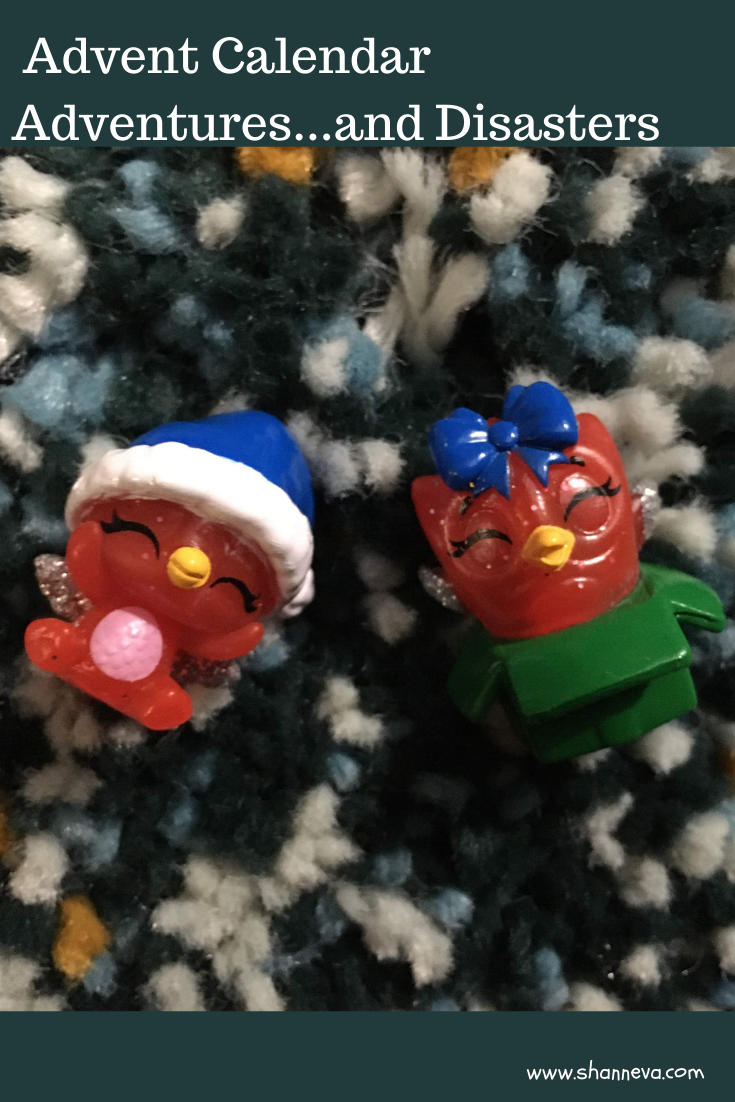