You are here: Home / Blog / My babies are no longer babies

When my husband came home from work today, I was sitting on the couch reading a magazine. In a quiet house. Reading. A. Magazine. This may not seem like a huge deal to many of you, but if you ever spend more than five minutes in our house, you will realize this is a very rare occurrence. Why? No babies. No screaming. No fighting. Just silence. (With the occasional Mr. B playing noises in the background

Now, when I say “babies” I mean the twins. Sure, they are four-years-old, and are over 10 times their birth weights, but I still think of them as babies. I actually refer to them as the babies when talking about them. I know they will always be my babies, but today, it really felt like they had grown up.

Right now, as I am typing this post in the eerily quiet house, the twins are at their first sleepover!

Me and Mr. B drove them, and they are spending the night all by themselves at their Grandparent’s house.

Not their first rodeo

So, how was it decided it was time for them to go on their own? (Well, besides Grandma finally agreeing…)

I’m going to share 5 reasons why the twins are no longer babies, and why they were ready for a big boy sleepover.

5 ways to tell your Baby has grown up 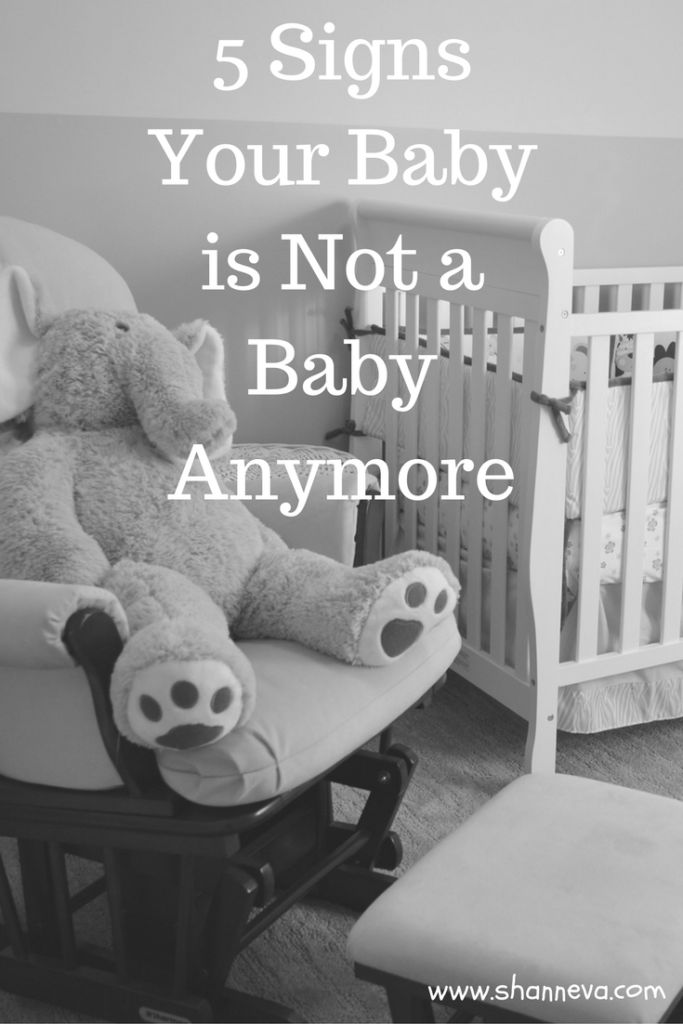 Sure, there are the normal milestones like walking, talking, and sleeping through the night in their big boy beds, but I’m sharing what really tipped the scales for me. They might not be quiet ready for military school yet, but they are close. Kidding. Sort of.

Yes!!!!!!!!!!! This one definitely deserves top billing, bold letters, and all the CAPS. As anyone potty training one, let alone two, boys knows this is a huge milestone.

It took a lot of effort, a lot of tears, and a boat-load of cleaning products, but they are finally wearing underwear. It’s not to say that one doesn’t have the occasional accident when they are too busy playing to be bothered going to the bathroom, but for the most part, it is all toilet all the time.

And by all the time, I mean all the DAY time, of course. Someone doesn’t always like to get up in the middle of the night either. I won’t name names.

I seriously didn’t think we would ever get out of diapers at all, so if you’re struggling right now, don’t lose hope. They will not be going to high school in a Pull-up. Promise.

2. They sing the words to the songs on the radio when you’re driving.

No, they are usually not correct, but they are hilarious. Listening to their little voices saying, “Hit the jumbo. Hit the jumbo,” cracks me up.  I’m not entirely sure what the correct words are in the song Cheap Thrills by Sia, but I’m 99% sure those aren’t right. Also, maybe I should start listening to more appropriate radio stations now that I know they are listening too.

3. They are almost self-sufficient.

They can put their own boots on! They can use silverware and feed themselves! A clean room can be destroyed by them in 5 seconds flat!

Ok. That last one sucks. And I was totally kidding about them being self-sufficient, but we have made leaps and bounds from where they were at this time last year. They’ve even learned to ride their bikes!

Sure, they still can’t manage to get off the couch if they need a drink, and they use the couch as a napkin, but I’ll take what I can get. Plus, I can burn the couch in another year or two.

4. They have opinions on everything.

“Those pants look funny.” Did I mention we have gone through a legging phase? Yes. They are boys. And yes, only tight pants will do.

“I don’t like bananas. They taste yucky.” But you liked bananas yesterday!

“Those were the best fireworks ever!” Yes, they also have super-duper memories.

5. They can express themselves. With words mostly.

My favorite is when they ask me for “one more kiss” or “one more hug momma” before they go to bed or leave for school. I also love when I can hear them having actual conversations as they are going to bed.

Even though they drive me crazy a lot of the time, they can be very sweet and loving. While I’m definitely enjoying some quiet time tonight, I’ve already asked my husband to call and check on them about three times.

It’s hard to see your babies growing up, but I’m so very proud of how far they’ve come. I can’t wait to see what they do next.

How did you know that your “baby” was all grown up? Which milestone nailed it for you?