You are here: Home / Blog / Blessing in Prematurity: Xavier’s Journey

When you are experiencing a complicated pregnancy or a NICU stay, it is sometimes hard to see the good. It is a scary and emotional time, but sometimes a premature birth is actually a blessing.

It may save a baby’s life.

I know that my premature birth saved my twins’ lives.

If I had not been in the hospital, or heard that slow heart rate, my boys may not have made it. While it was way too early, the outside world was still a better place for them to be. It gave them a fighting chance at life. They had simply run out of options in my womb.

Being in the hospital and delivering my boys at 25 weeks, 5 days was a blessing in disguise. 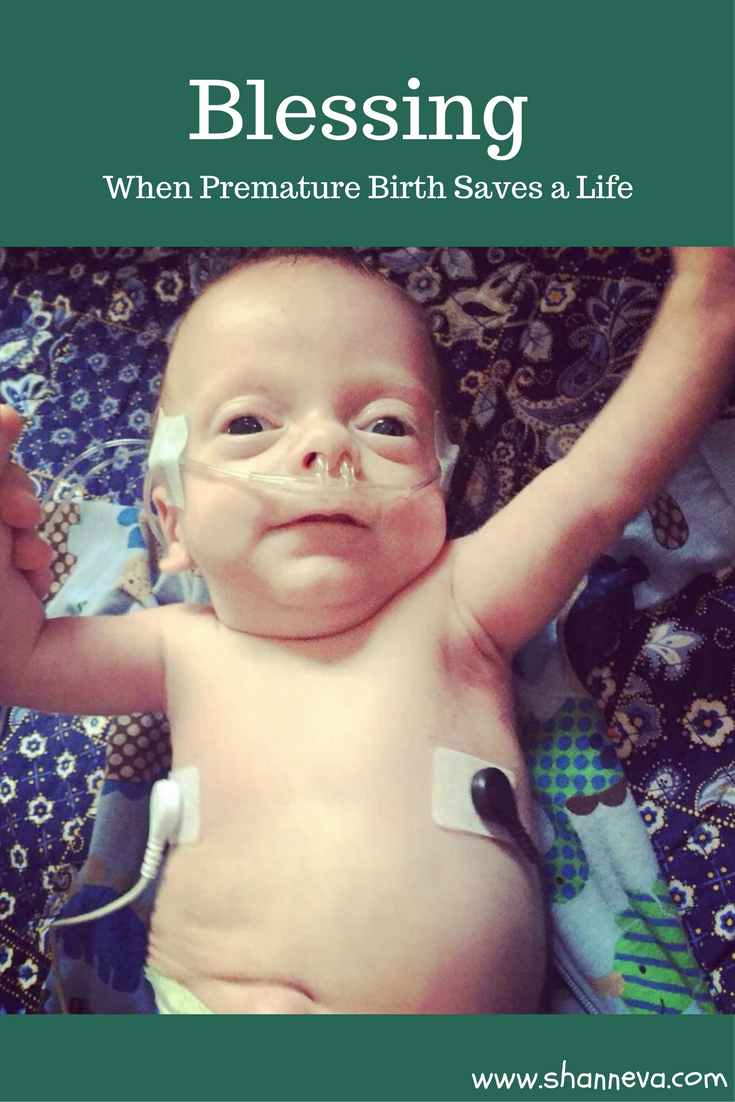 The series of events that led to a premature birth truly needed to happen. Lives were saved because of it.

I’m so happy to introduce you to Xavier, who truly is a blessing. 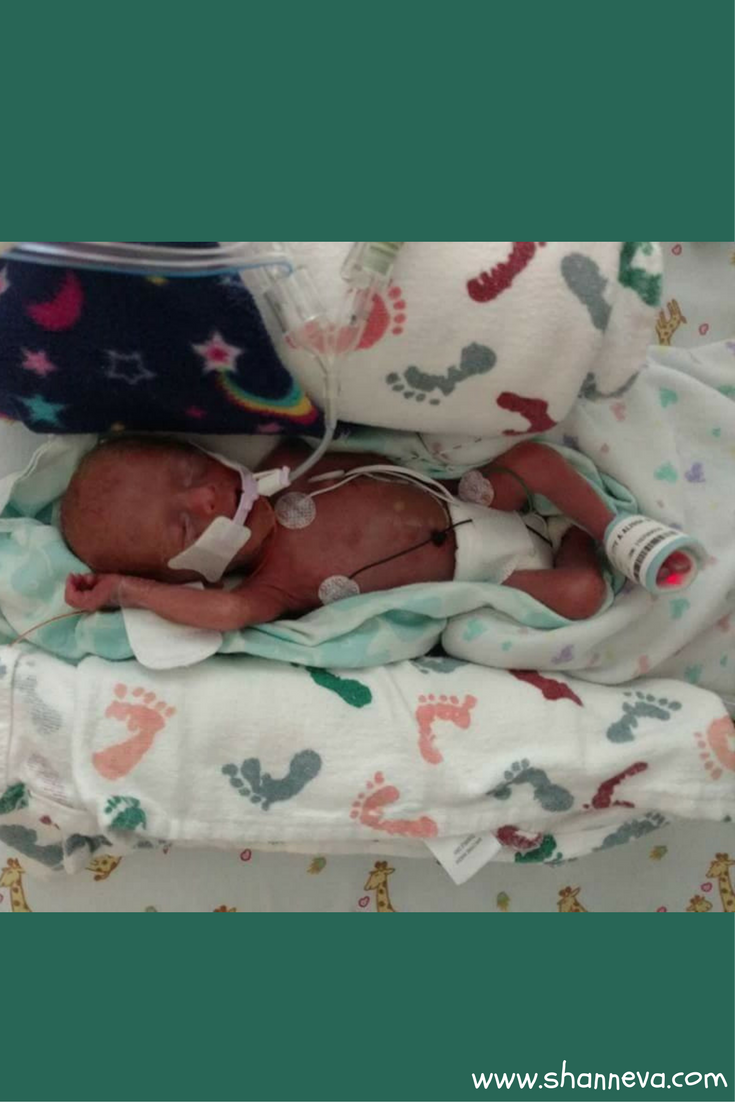 Our nicu stay was 83 days long. We got to go home at 38 weeks. Xavier was 5 pounds when we went home.
Some days it felt like it was never-ending . I took a leave of work because the hospital was two hours away from us. So, I stayed most nights with Xavier .
The hardest part was trying to keep everything together, but also trying to be strong at the same time for Xavier . My marriage got put on hold, and it just seemed like everything in my life got put on hold and still is at the moment . All I could, and can do, is really focus on is Xavier, which is okay for me right now because he needs his momma .
I take one day at a time and just try to do the best I can . 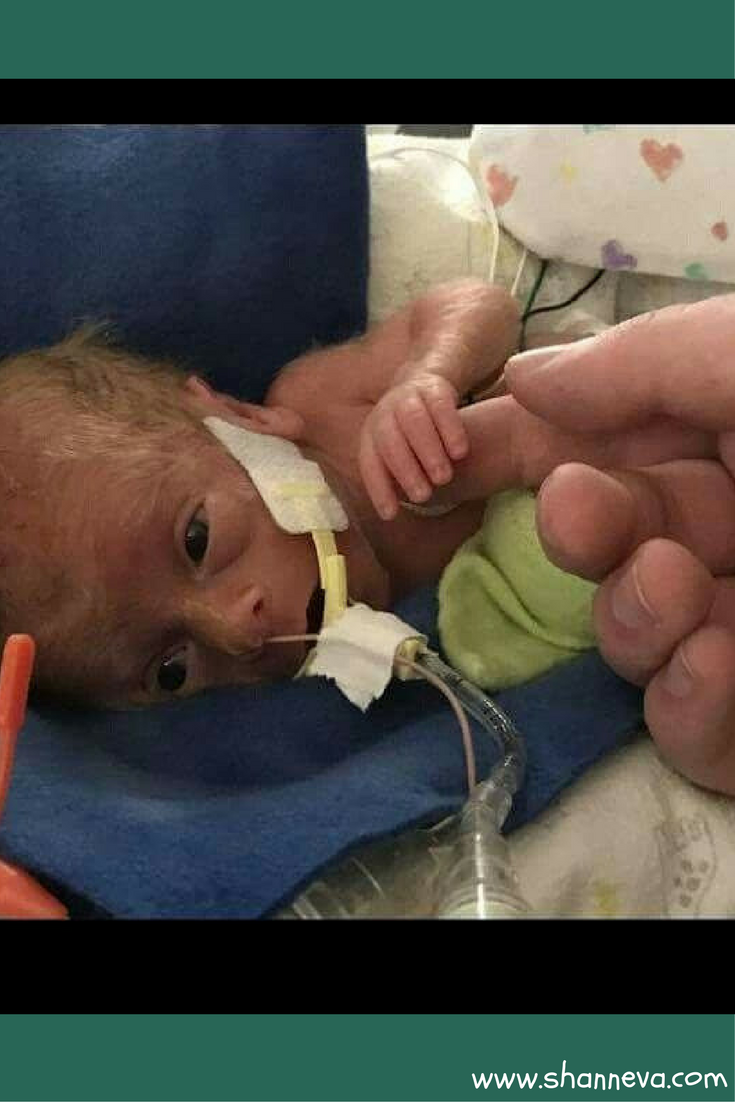 I had a pretty peaceful pregnancy. Xavier is my first, so I, of course, never knew what is and isn’t normal. Everyone’s pregnancy is different .
I worked a lot. Over 100 hours every two weeks, so when I became more worn out and swelling began, I didn’t really think much of it . I went in for a check up, and I gained 20 pounds in a week.
That was when I knew something was terribly wrong .
My Blood pressure was in the 190s and my urine was almost black. I had severe Preeclampsia, but it took the doctors two days to diagnose it . I almost canceled my apt that day. I’m so happy I didn’t .
So, finally I got diagnosed and was sent two hours away to be monitored. My husband stayed behind and was going to come in the morning, so I went alone . There was the worst summer storm going on that night my ambulance almost didn’t make it to the hospital. There was so much flooding. It was so scary.
I arrived at the hospital and a few hours later they choose to do an emergency c-section for Xavier and me . I was devastated because I was alone. We couldn’t wait for anyone.
Thankfully, there was a nurse who was close to my age, and she went into surgery with me held my hand the entire time . I later found out Xavier had been sick the entire pregnancy and no one knew about it. He was more 24/ 25 weeks, rather than 26 weeks . He was full of acid when he was born, and they didn’t seem hopeful .
He obviously beat the odds. 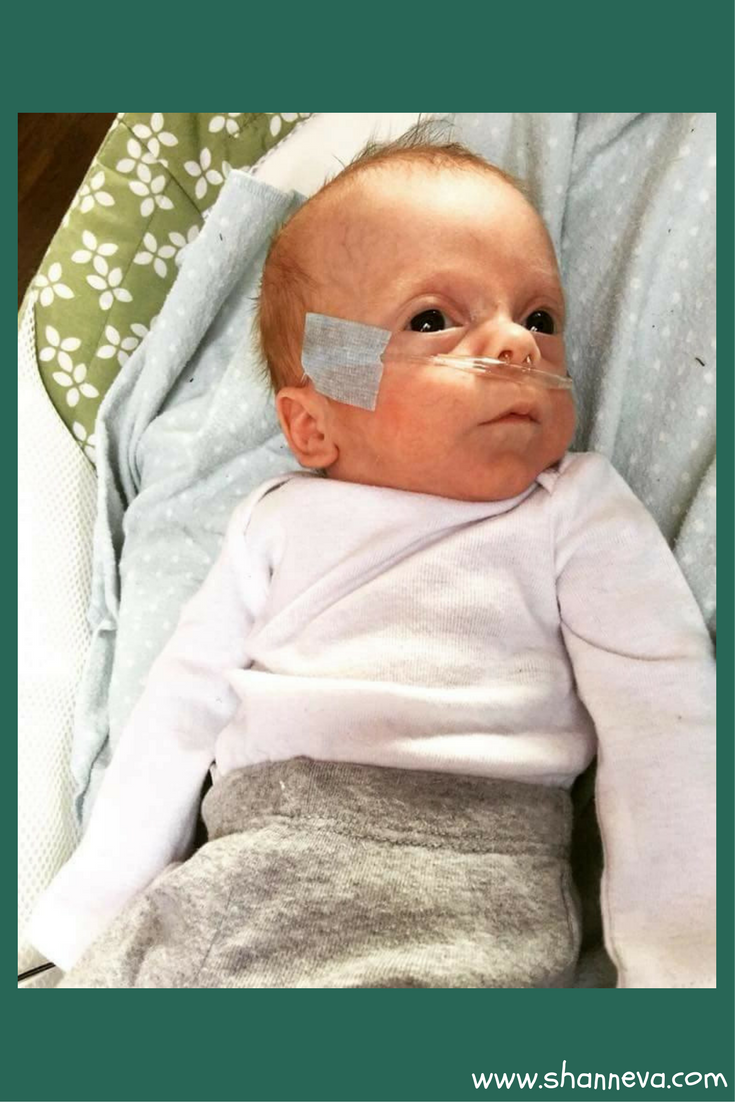 Xavier did a turn around in the NICU, and even though he is a feisty guy, he is doing wonderful today.
He went home on oxygen and apnea monitors . 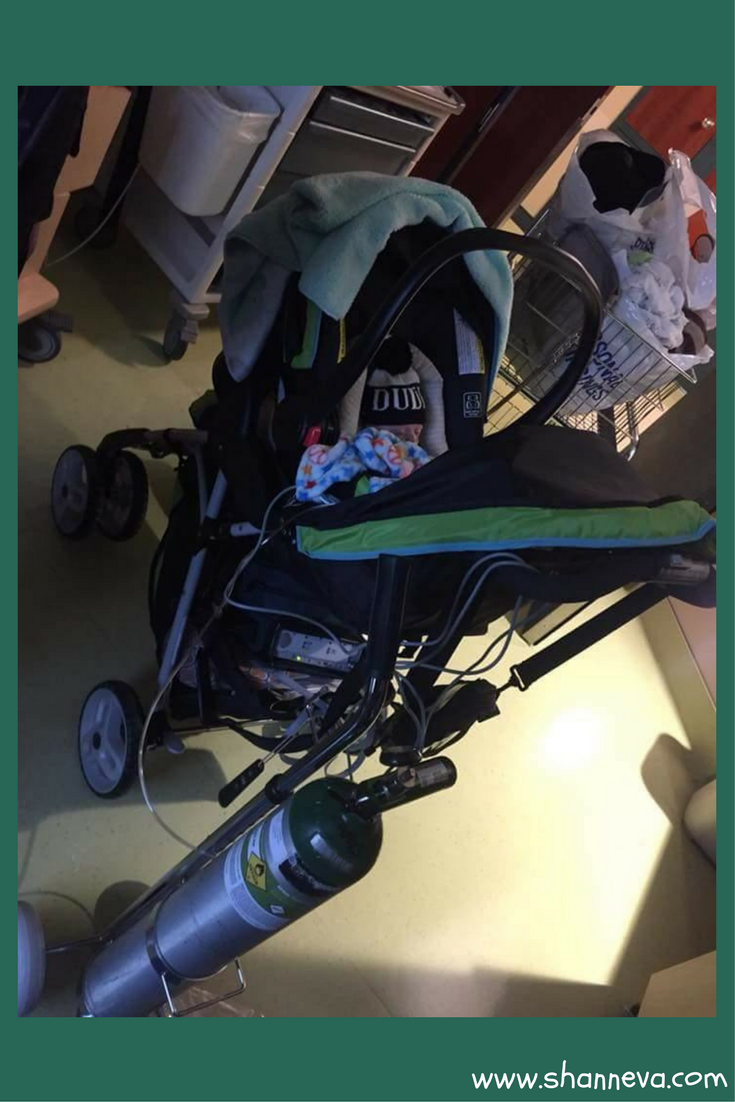 He eats perfectly and is gaining weight beautifully. Xavier is over 8 pounds at almost 1 month old and 4 months adjusted .
We have physical therapy once a week. They come to our home, which is so nice.  He will need an inguinal hernia surgery at 6 months old in April .
Milestones are great.  He’s been hitting them all so far,  and is so, so strong . He loves playtime and baths!

My advice for other parents is what I wish I had done: make more friends in the NICU . I was there alone most of the time and didn’t make friends until we left!
Talk to a therapist if you need to. Its helped me a lot .
Take one day at time please because that honestly is all you can handle sometimes.
If your nicu stay is long, decorate your baby’s NICU room if you can . My son had this huge shelf in his room that was so empty in the beginning, but I wanted everyone to know who walked in that room he was so loved and he had good parents. So, I filled it with toys and cards from family. It was over flowing with things . It represented how I felt in the beginning, empty and broken, and at the end, I was overflowing with love and hope. 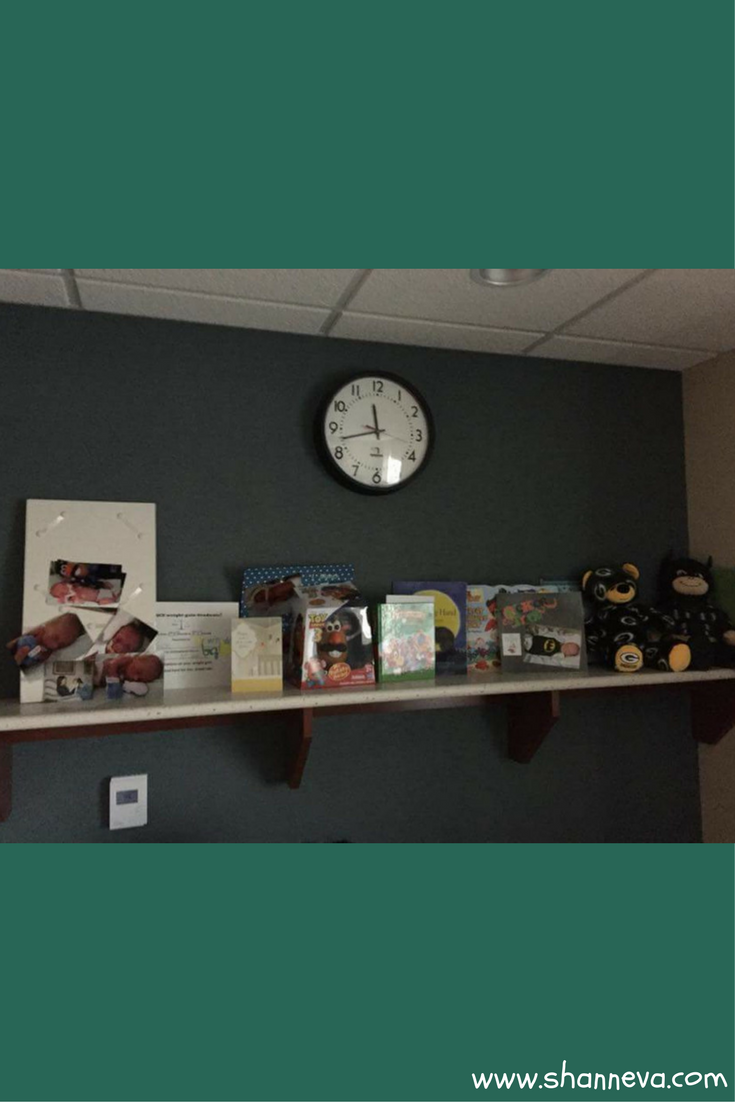 Prayer helped me a lot, and I took time to grieve my pregnancy and all the I lost. But I won’t ever forget what I gained through this journey. It was a blessing I got Preeclampsia because Xavier would have died within a few days from him being sick, and we wouldn’t have known .
I’m so grateful for medicine and all the doctors who helped him.
Lean on your family and friends, if your able, and just tell your baby you love them. 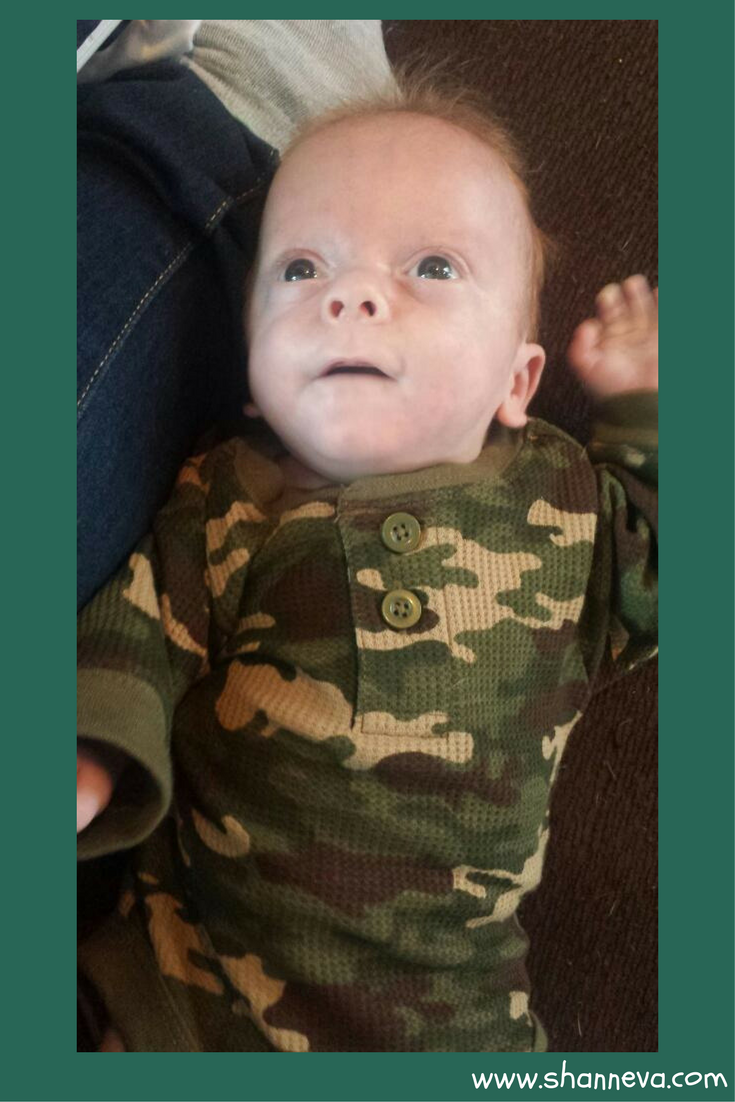 Such great advice, and an inspiring story. Xavier is truly a blessing, and I’m so happy I was able to share his story.
Please leave any supportive comments or questions below.