You are here: Home / Blog / Christmas Past

As we’re recovering from this year’s Christmas, I thought I would share last year’s Christmas post, and a couple older Christmas Pics. Hope you had a wonderful holiday with your family, and enjoy this past post. New stuff coming very soon! Plus, the winner of the Sleep Nest will be announced tomorrow.

ps. I included our new traditional “Christmas” Picture at the very end. 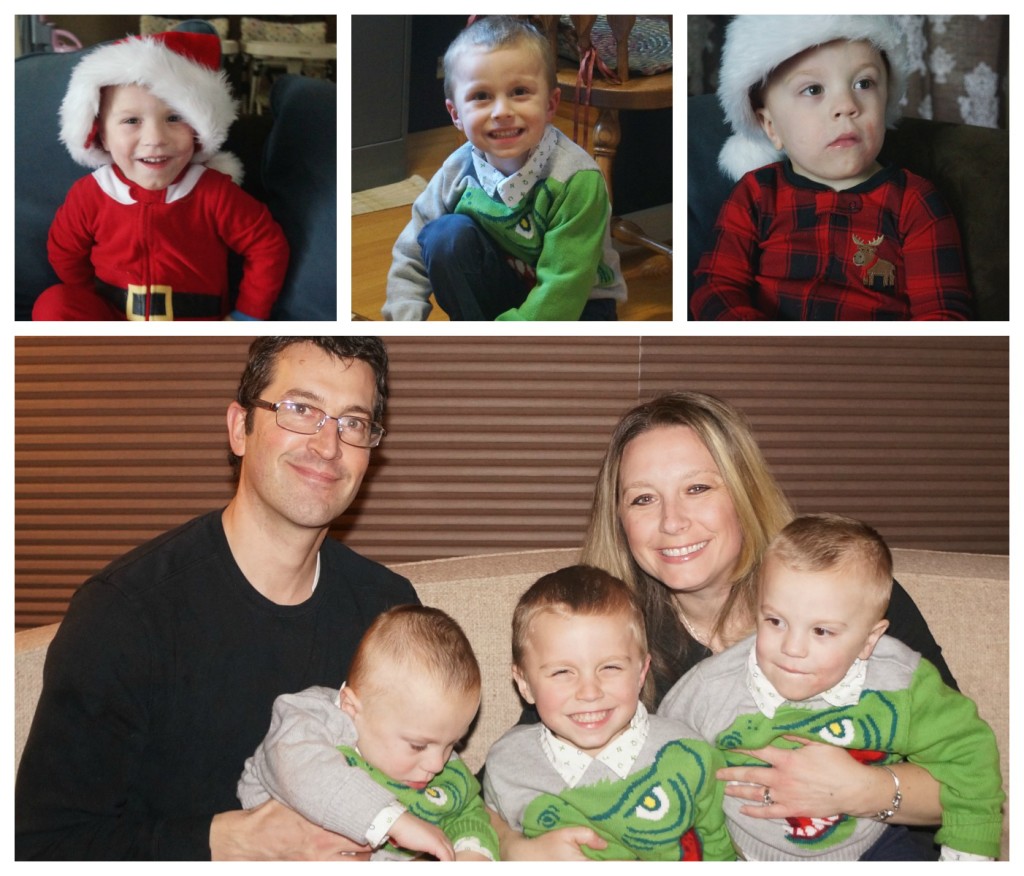 We made it!  Another holiday season in the books! 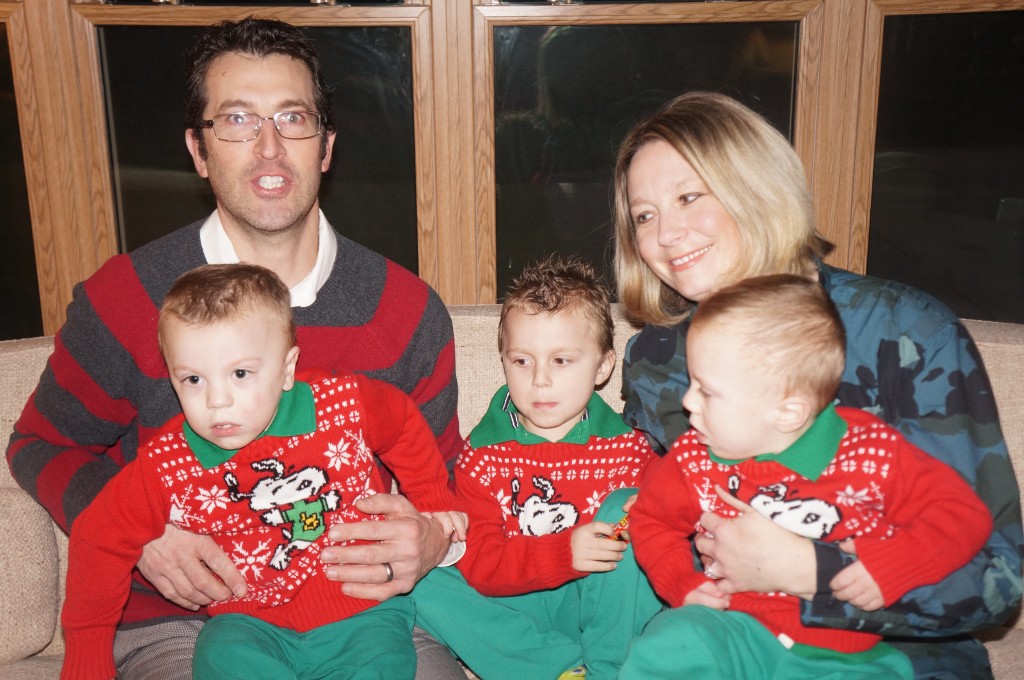 Luckily, it was pretty low-key and relatively uneventful.  Sure, there was the chanting of “Nake, Nake,” which resulted in all children under 6 striping down to their diapers and running laps around the living room.  On both Christmas Eve and Christmas Day.  We had to let both sides of the family experience it, right?

Dinners for the children consisted mostly of Christmas cookies, candy canes, and other sweets.  Everyone stayed up way past their bed times, got up entirely too early, and tore through a ton of presents in 5 seconds flat.

I was actually pretty proud of myself and my mother.  We didn’t go overboard with the gifts this year!  Everyone got a nice amount of new toys, which they played with for about 5 minutes before wanting candy or another cookie.

We got all three boys a playhouse (which I got on sale at Sam’s Club at the end of summer.)  It has taken up residence in our basement, but will be moving outdoors once the snow melts in June. 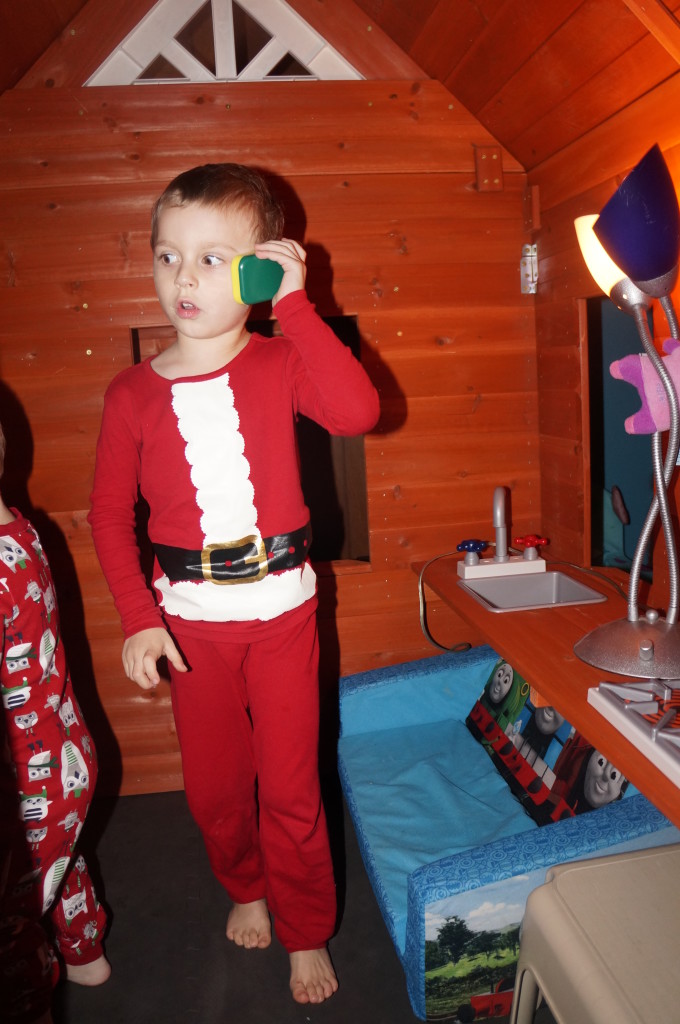 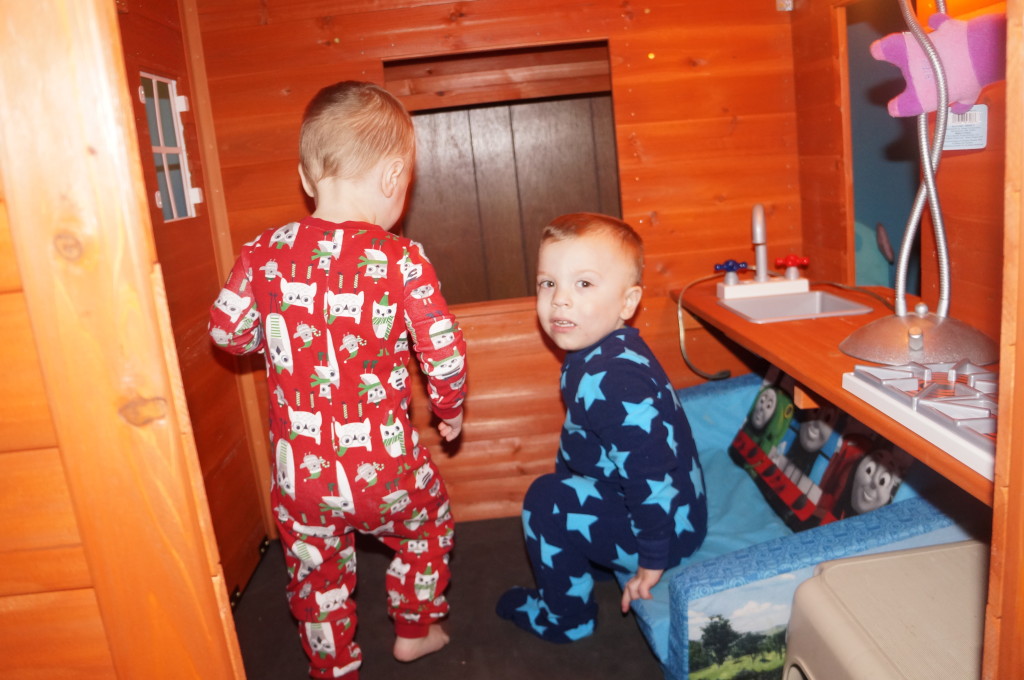 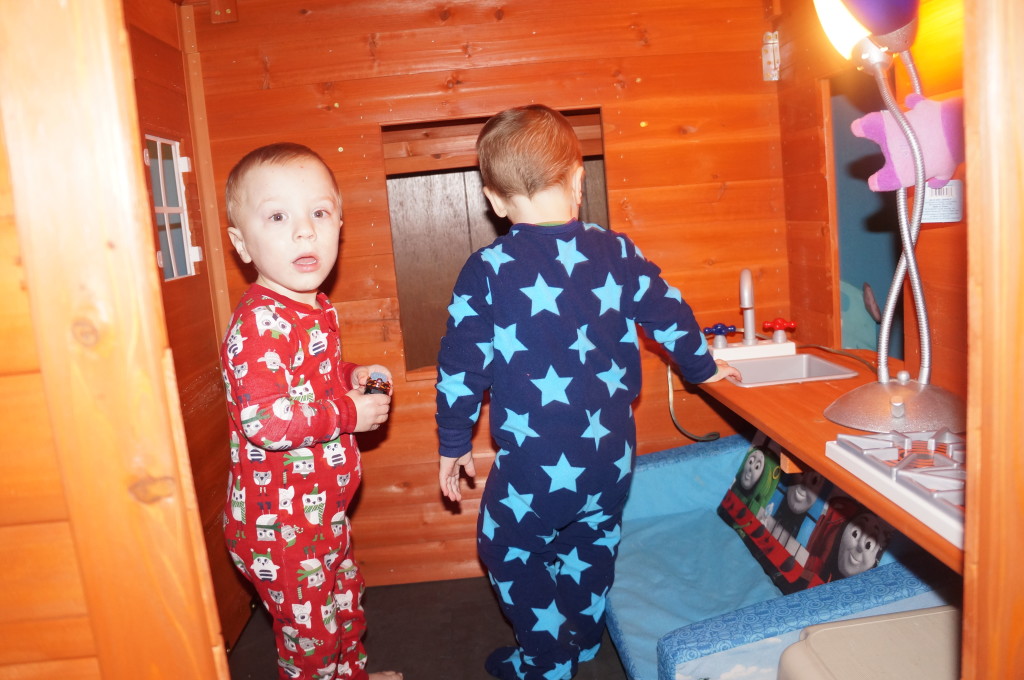 Speaking of residence, we seem to have evicted all of our furry friends.  We had an exterminator come, he set some traps, filled some holes, and Ta-da!  He also found some carpenter ants in the basement wall, which we didn’t even know we had, so it was a good thing we called him.  Now, we can have a critter free New Year!

Which brings me to New Years…

While it wasn’t very exciting, we did actually make it until midnight!  My husband grilled us steaks, we had a little wine, and watched the ball drop with my 5-year-old.  All 3 of us in our Jammies, but it worked for us.

I still haven’t made any resolutions, but maybe for my next post.  In the meantime, hope you all had a wonderful end to 2014 and an even better beginning of 2015. 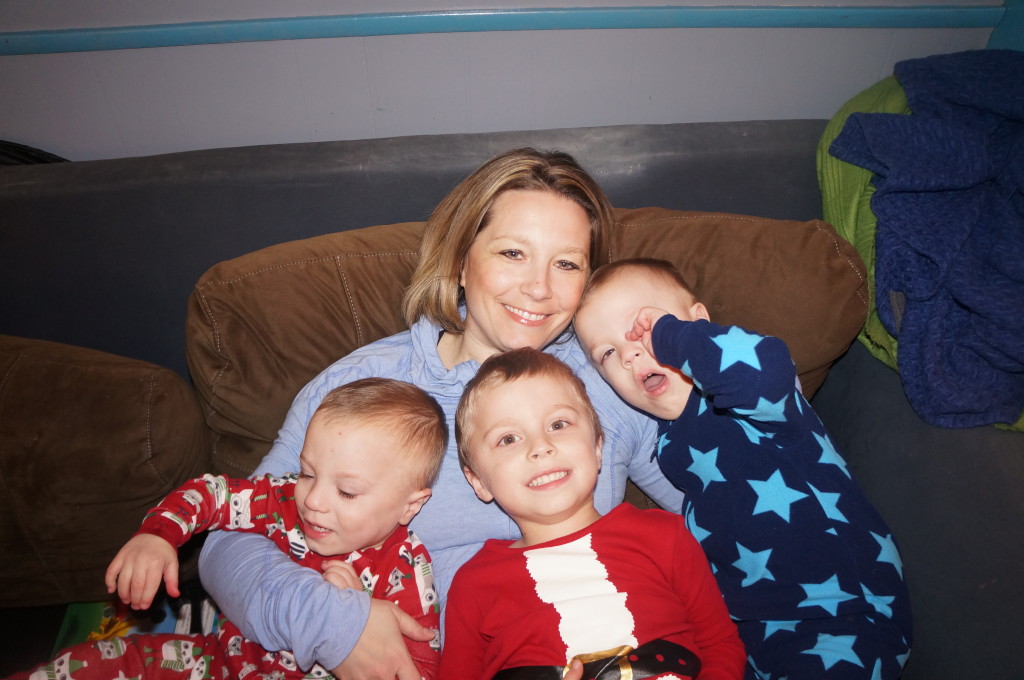 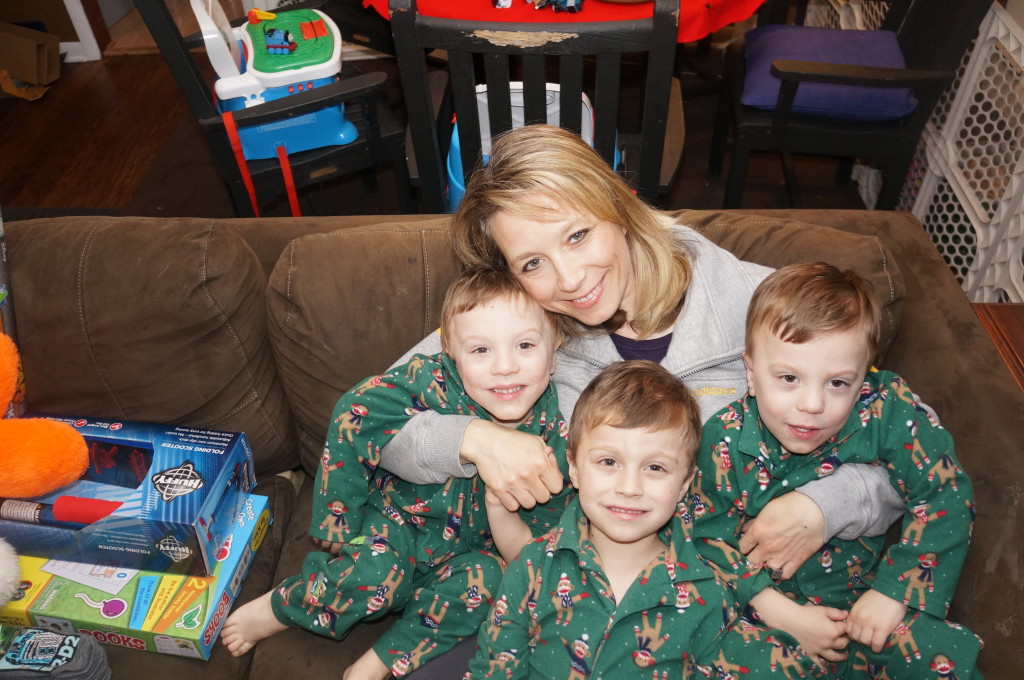