You are here: Home / Blog / Crime and Punishment

Discipline and punishment are two things that are fairly new to me. I honestly can’t remember Mr. B doing many things that required either, so it’s been a bit of a struggle with the twins. I think when you have two toddlers at the same stage egging each other on, a lot more mischief happens. And that’s putting it mildly. 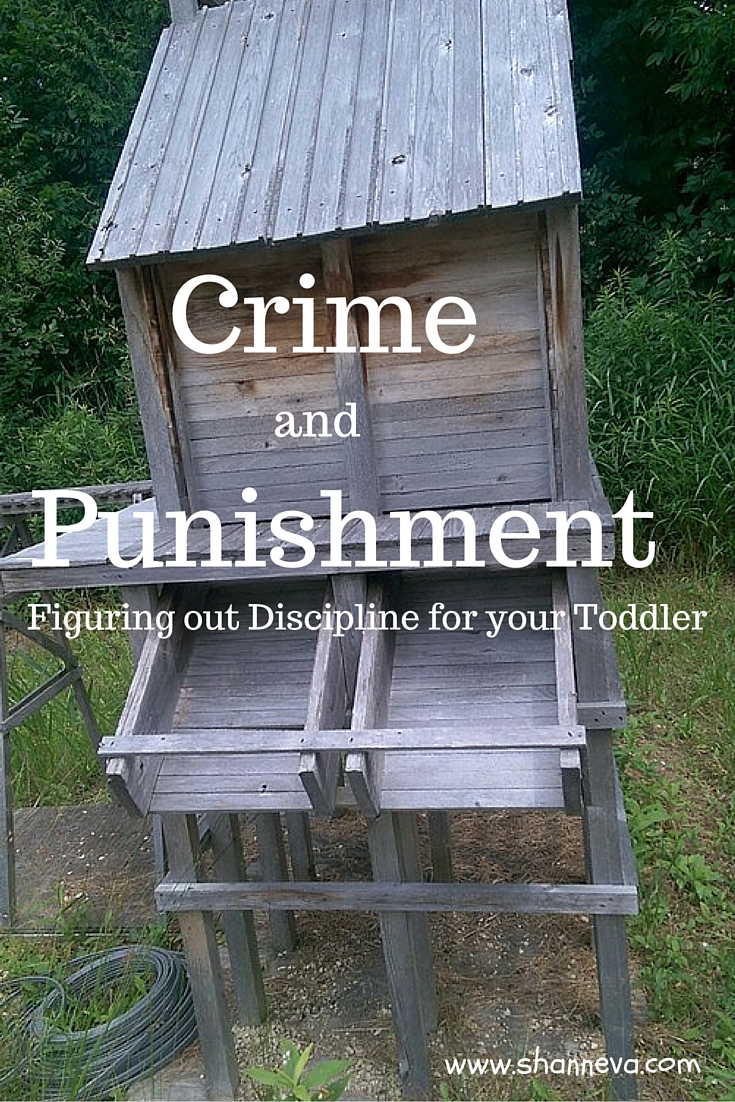 Sure. There was the one time that Mr. B unrolled an entire roll of toilet paper, and I found him laughing hysterically in the pile of it. And, of course, we had to put a child-lock on the toilet to prevent little fingers from exploring. And there was the fact that are cat was losing hair from the stress of a toddler chasing her around.

OK. Maybe, Mr. B did need a little guidance, but I don’t really ever remember having to use any type of punishment. Although, it’s possible that I just do not remember. That seems to happen after three kids.

But, back to the twins. Together, they can certainly come up with things a single child never would be able to do.

For example, if they had their own rooms, they may be able to have things in it.

As a duo, they’ve created so much destruction, their bedroom is completely empty, with the exception of their beds and their dressers bolted to the walls. Once they figured out how to climb out of their cribs and climb on their changing tables to remove things from the walls, it was all over. Not to mention, the emptying of all their clothes from their drawers. Ugh.

Plus, when you do something, and you have a built-in audience laughing and cheering you on, it makes naughty behavior even more appealing.

The most recent Crime

Most recently, we had an incident that resulted in the first real punishment the twins have had. Now, it wasn’t anything too harsh, but I’m hoping it taught them a lesson.

It was a Saturday a couple of weekends ago. My husband had to work, and he took Mr. B with him. That left me and the twins home for a couple of hours, and we were all planning on doing a family activity in the afternoon. There was an open house at a place that has small trains, and we thought all three boys would love to look at and ride them.

The living room was a complete disaster, so I decided that we should clean up. After having the twins help me put all the trains and trucks away, I got out the broom and swept up. I then scrubbed the floor down. It was a pretty long project, but a much-needed one.

There was also a ton of laundry, so I gave the twins a snack, set them on the couch and turned on one of their favorite shows. I then grabbed their laundry basket, and went right down the hall to put it away in their room.

After only a few minutes, I heard a lot of laughing…which never turns out to be a good sign. The twins had both dumped out all their snacks and were stepping and jumping on them, grinding them into the newly cleaned floor.

I had literally been on my hands and knees scrubbing the floor down only 10 minutes before, so I was really upset. I called my husband in tears, and said that I didn’t think they should go to the train show. He completely agreed, and told me he’s stay with them, while I took Mr. B.

Sure, we’ve threatened to not take them places before when they’ve been fighting or whining, but this was the first time we both stuck to our guns.

The Reasons and Results

I don’t want the twins to think they can do things they are not supposed to, and I want them to understand consequences if they do something wrong. While it’s hard to take things away or not let them do something, following through on punishment is important.

Even though at this age it’s hard to know if they really understand, we need to set boundaries. If they keep getting away with doing things they are not supposed to, they won’t learn they are wrong.

So, the twins were not allowed to go to the train event, and they were pretty upset when I left with Mr. B. Now, besides not going, they didn’t really have any other punishment. They didn’t have to sit in their rooms or not get to play with their toys, so it wasn’t too terrible.

I, however, wanted to make sure they understood what they did was wrong and what they were missing, so I happened to snap a few pictures while we were at the event, and my husband happened to show them. 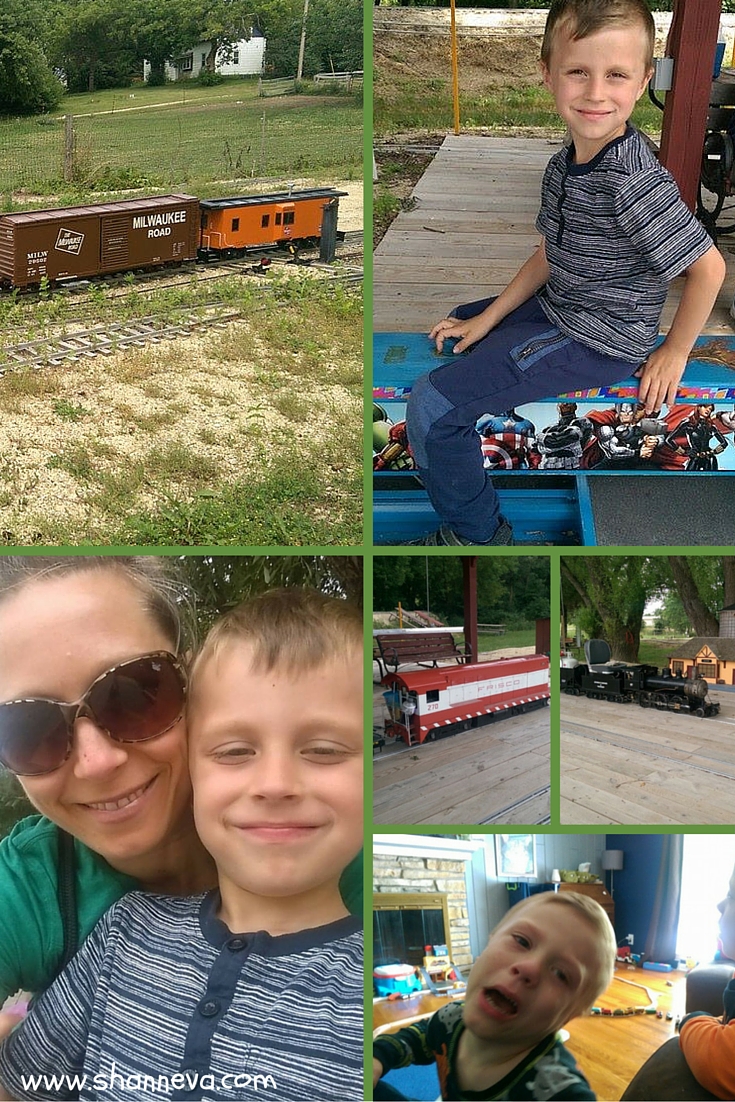 I guess they got the point.

Since then, we haven’t had anymore food-related incidents. So, they did learn something.

Sometimes it’s also hard for me to distinguish between just normal, rambunctious toddler behavior and naughty behavior. I have to remind myself that most times they are not trying to be mean or purposeful with their bad behavior. They are also still working on their communication skills, and sometimes just that leads them to working out frustrations in a not so nice manner.

Everyone says “terrible twos,” but the “frustrating fours” are happening in our house right now…frustrating for everyone in the house.

So when we experience some frustrating behavior,they are sent to their room for a few minutes to calm down.  Hitting, biting, and throwing toys at our brothers are behaviors we are working on. Screaming also gets some calm down time.

It’s a continuous learning process for all, and I’m sure will be happening for quite some time in the future.

How do you handle discipline in your house? Do you have a punishment that works or another method that works better?