While you wouldn’t typically think of a NICU stay as a blessing, it certainly makes you appreciate everything. You are thankful for every minute and day that you get to spend with your precious baby. You celebrate every small step forward, and are so thankful for everyone that helps you get there.

The family of today’s Micro Preemie really understands the blessing that they received when their sweet Hailey was born. Please meet Hailey, and read about all of her challenges and victories. 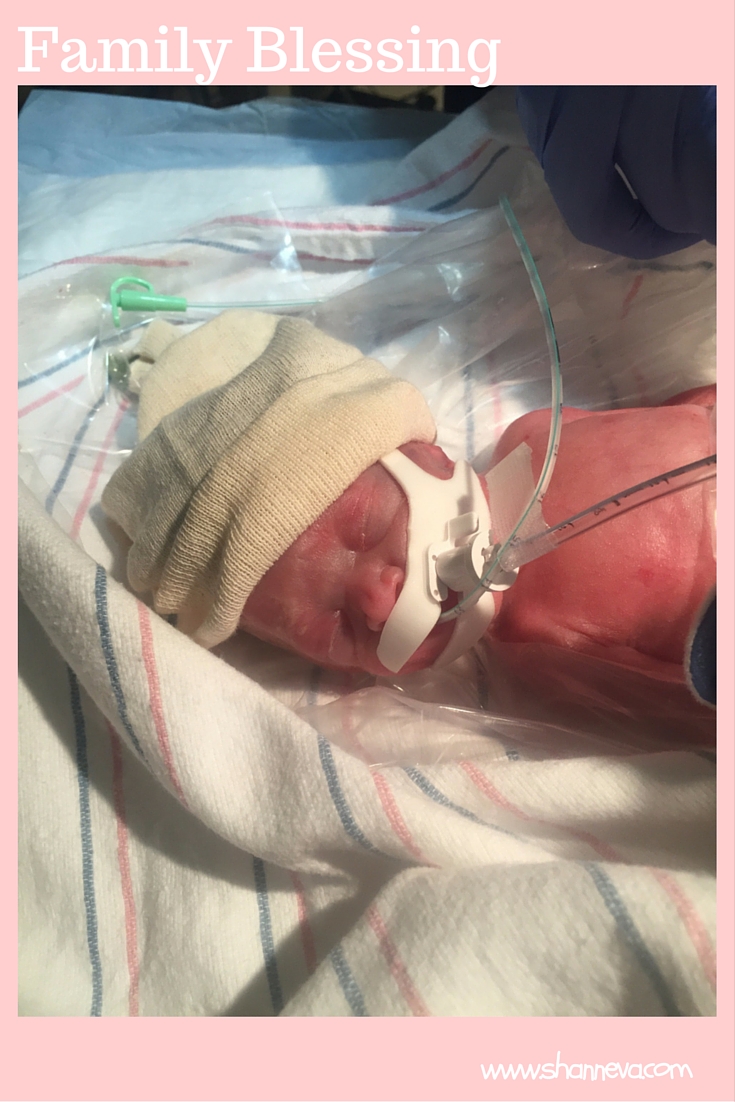 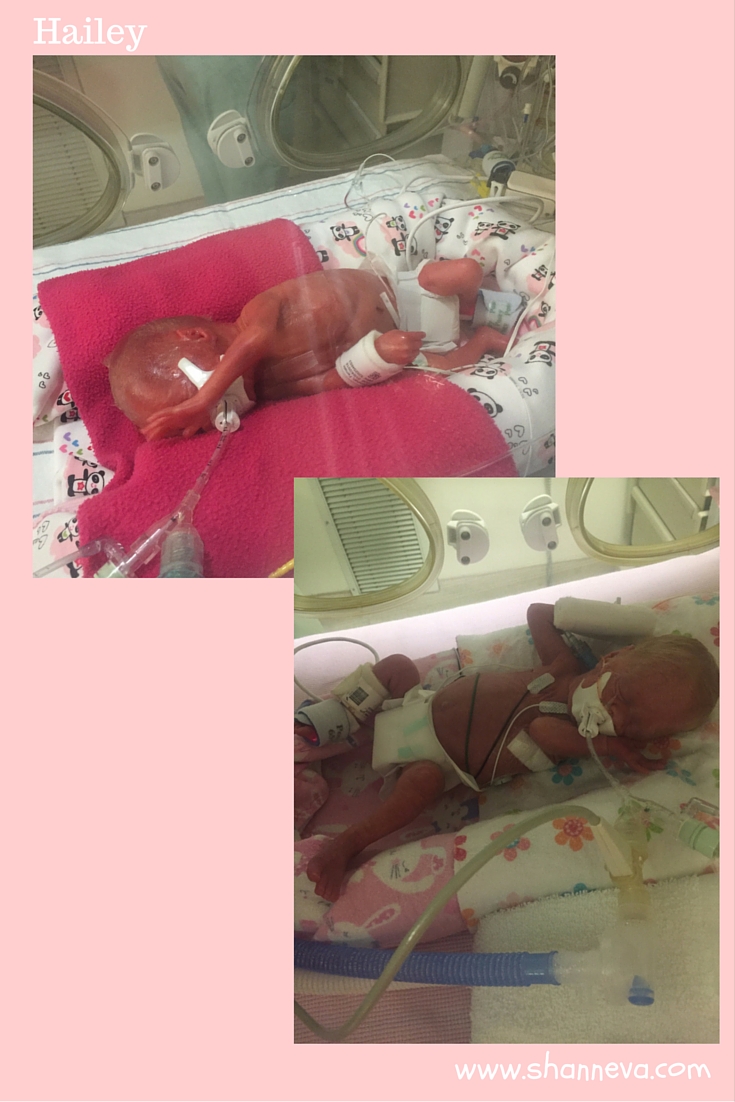 I started bleeding on December 23, and I went to the doctor where they immediately send my to the hospital. I was 3 centimeters dilated, and my water was bulging. Everyone was afraid to touch me, as I was only 22 weeks 6 days.
I was given an emergency cerclage, where they said there was a huge chance of breaking my water. However, the amazing doctor, whom I came to love, and I believe saved my baby’s life, did it successfully.
I was send home on bed rest, but that only lasted another week. On January 1st, I started contracting. I was in labor, and they started the steroid shots and magnesium and all the meds they could to stop the labor. Nothing worked for very long, so after 4 days, I had to deliver her.
My husband and I have never been so scared. We were told so many worse case scenarios. She happened to flip head down, so they let me deliver her vaginally. After a few pushes, she came right out. They did 30 seconds of delayed cord clamping, and then they moved her over to the table to get her intubated and settled.
There were so many people in the room it was fascinating. For weeks after, different nurses would say they remember my delivery and I was shocked at how many people I didn’t even remember were there.
They got Hailey settled and let my husband take pictures, and they even brought her to me so kiss her before they took her to the NICU. For such a scary delivery, it went so smooth and she was very easy to get intubated. I felt like it was the best experience I could have had. After having two full term babies, it was so scary to have a micro preemie.

2.Tell us about your NICU stay.
Once settled in the NICU, we were able to go up and see her, and I will never forget how small she looked. They let me put my hand on her head and diaper. We were told to just hold our hand still on her, as it hurts them to be rubbed since their skin is so delicate. In the week that followed, she had a great honeymoon period as they say. She was moved to CPAP after two days, and she seemed to be doing amazing. 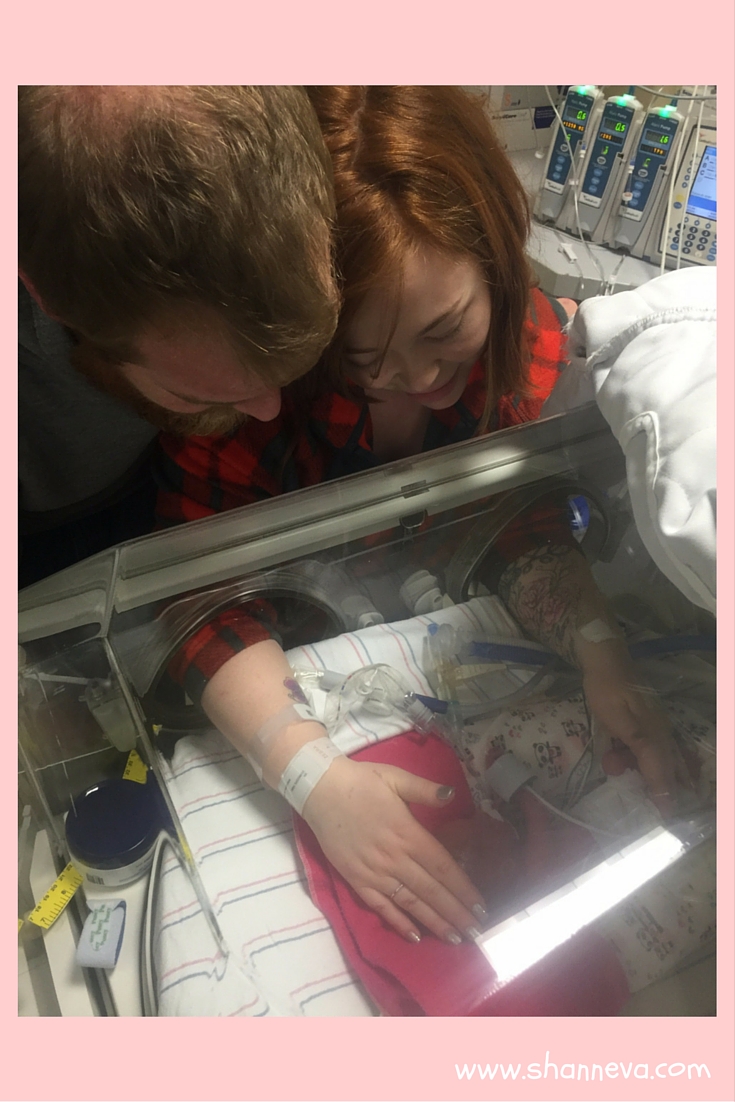 I got to kangaroo her for the first time at a week old, but they kept warning me that the honeymoon phase will end, and she will go backwards. It’s a part of the NICU life. I didn’t want to listen, so when she needed to be re-intubated after 10 days I was so upset.
She had a heart murmur that needed surgery to close it. She was transferred to Boston children’s hospital at 3 weeks old, and still under 2 lbs and had her PDA ligation. It so was scary. but the surgery was very quick, and she was sent back to UMass Memorial NICU the following day. It was amazing to see the team the transfers these babies in their blue suits that make them look like astronauts.
After her PDA ligation, she was doing much better, but still needed some help to come off of the ventilation. So, they gave her the first round of steroids, which helped her get onto the high flow nasal cannula. After a few weeks of steroids, she got sicker and was close to needing to be re-intubated, so she needed to start her second round of steroids. 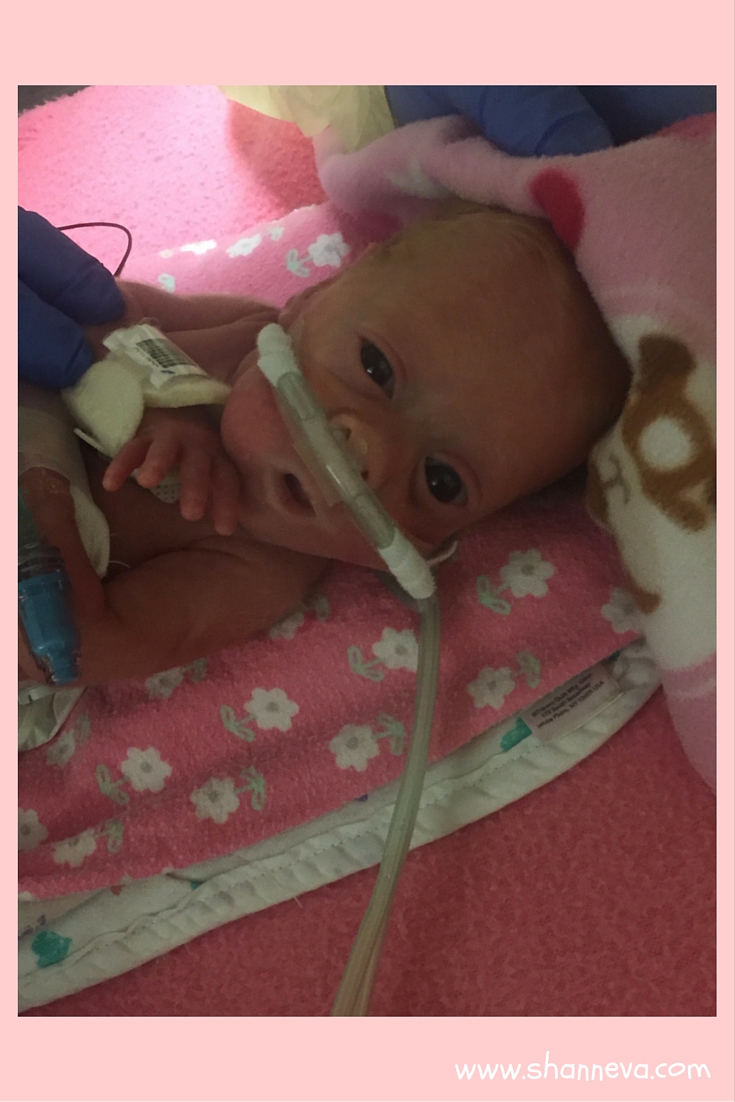 This second round helped her eventually get off oxygen completely. I will never forget that day. We had done the March of dimes walk in the morning on April 24, and came into the hospital after the walk. After looking at Hailey for a few minutes, I said, “Oh my goodness she isn’t on oxygen!!!!” It was so exciting!
In the NICU you celebrate all these wonderful accomplishments, and you don’t take anything for granted. 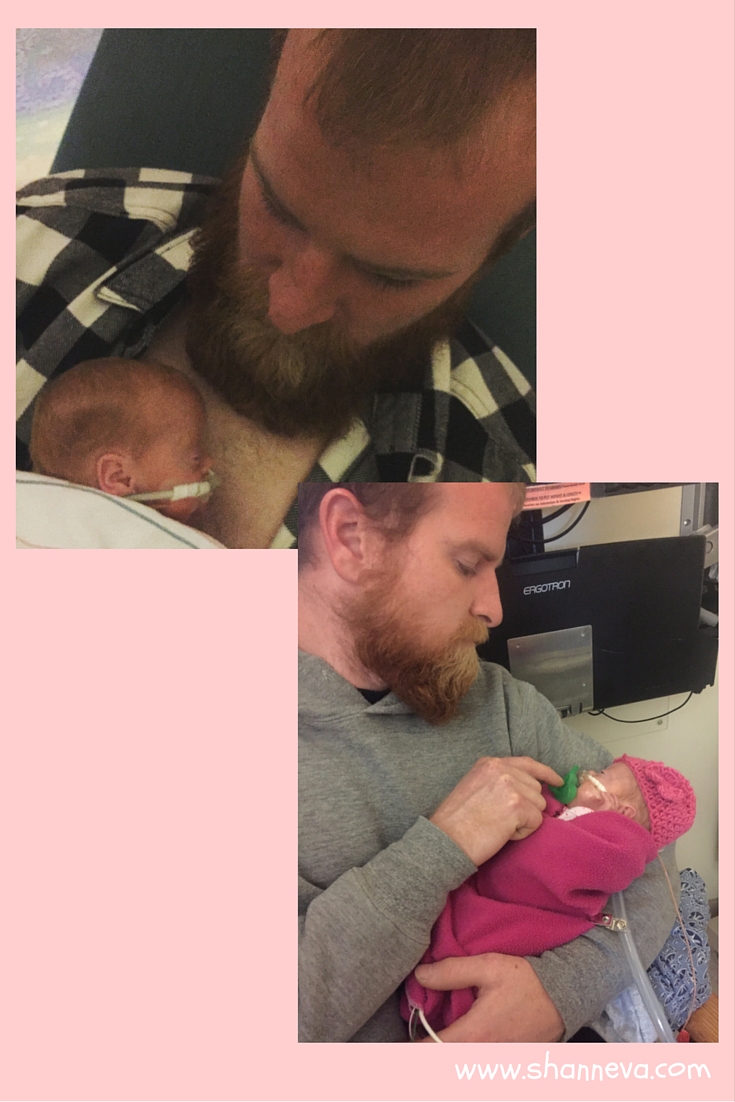 3.What was the hardest part?
I have a four-year old and two-year old at home, so it was a very difficult time leaving them every day to go to the NICU. I was so incredibly lucky to have such amazing family that stepped up to help with our girls at home to let me be able to go to the NICU every morning. After having some feeding troubles because of a paralyzed vocal cord, which is a side effect of the PDA surgery, Hailey was finally doing well with her feedings that she was able to come home!
After 137 very long days in the NICU she came home to be with her family! 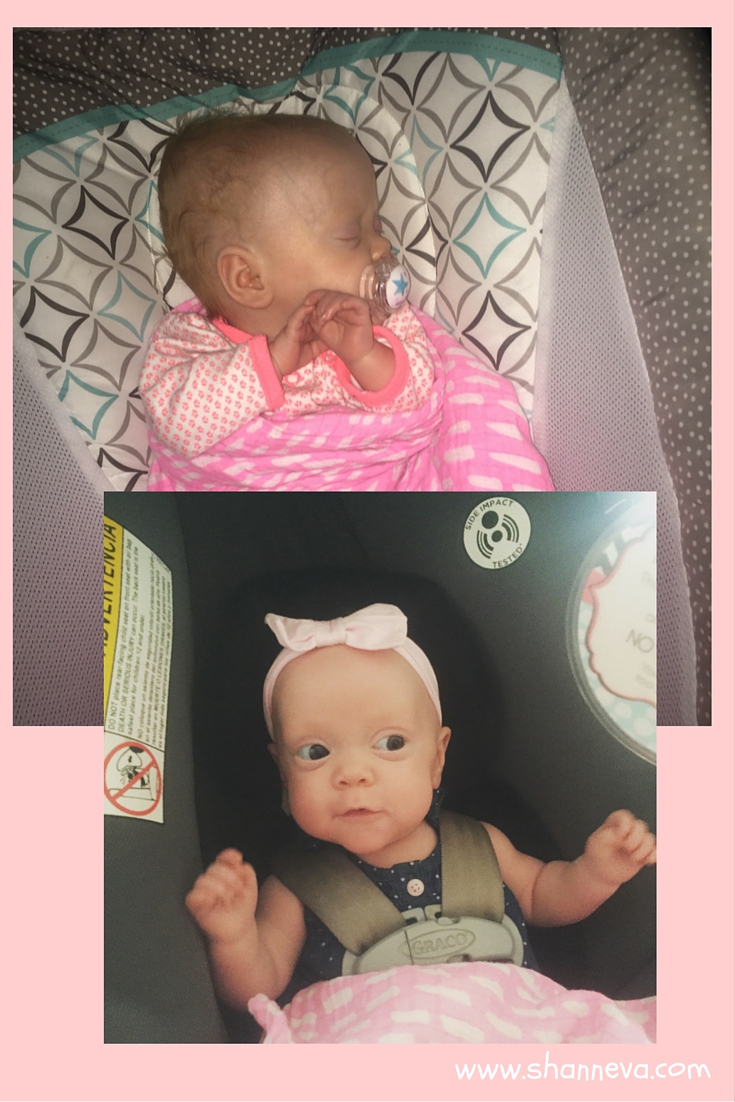 4.How is Hailey doing now?
She is thriving at home! It has been a month, and she had gained two pounds and is starting to smile. She is on target with her corrected age of 8 weeks. She is such a happy, laid back baby, and we couldn’t be more lucky to have her complete our family. I can’t imagine life without her, and I am so blessed to have been at such a great hospital with an amazing NICU and all of the doctors and nurses who treated us like family. I can’t ever repay them for the love and support they gave us during those 4 and a half months.
Hailey is likely going to need surgery to fix her paralyzed vocal cord so she won’t aspirate her liquids anymore but, that may not be until she’s closer to one. We are fortunate to live close to Boston where there are so many incredible doctors.
Hailey could have had so many complications and problems but she came out very healthy and lucky to be alive. She only had a very tiny braid bleed that resolved itself and her heart murmur. So, we consider ourselves to have a very special miracle.
And as much as my experience was so emotional and scary and not what I had planned, I wouldn’t change it. I appreciate my baby, and my last baby at that, so much more because I know I could have lost her. I spend that extra five minutes cuddling her when I can because I know I’m going to blink and she will be a rambunctious two-year old! 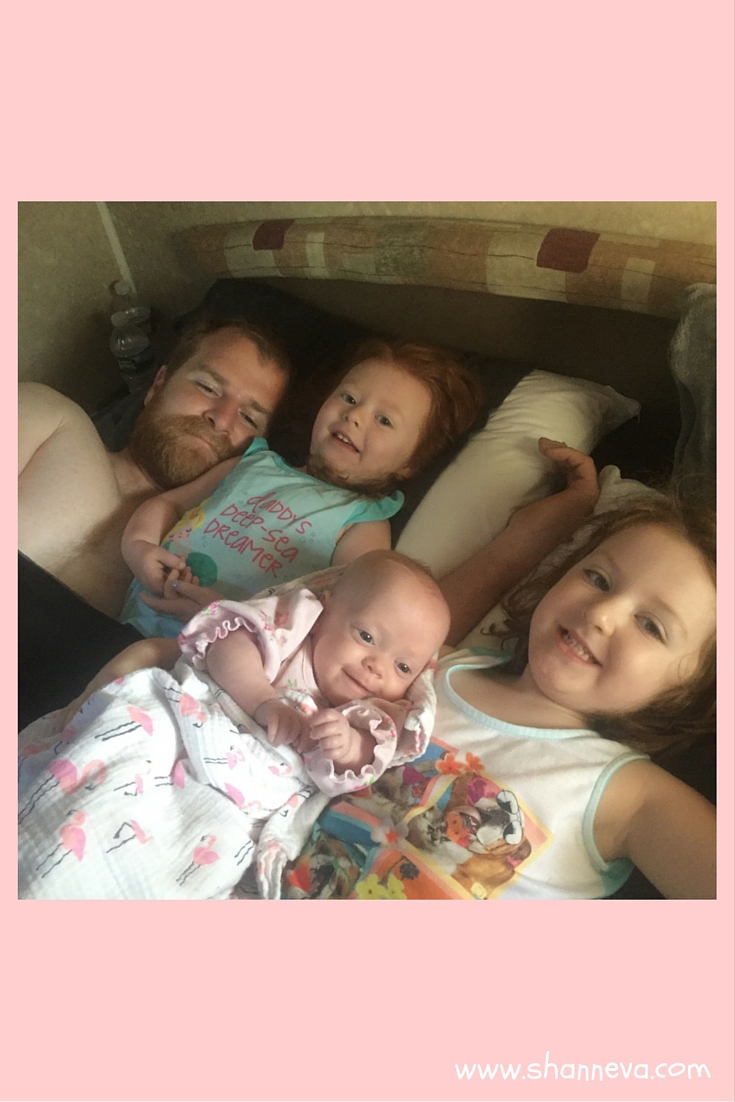 Thank you so much to Kerry and her family for sharing their blessing, Hailey with us. I know she will continue to thrive at home, and I can’t wait to hear how she’s doing in the future.