You are here: Home / Blog / The March of Dimes: Why You should March

The March of Dimes

It’s April, so that means it’s time to talk about another great organization that I’m so proud to support, The March of Dimes.  My family has been participating in the March for Babies Fundraising Walk for the past four years. 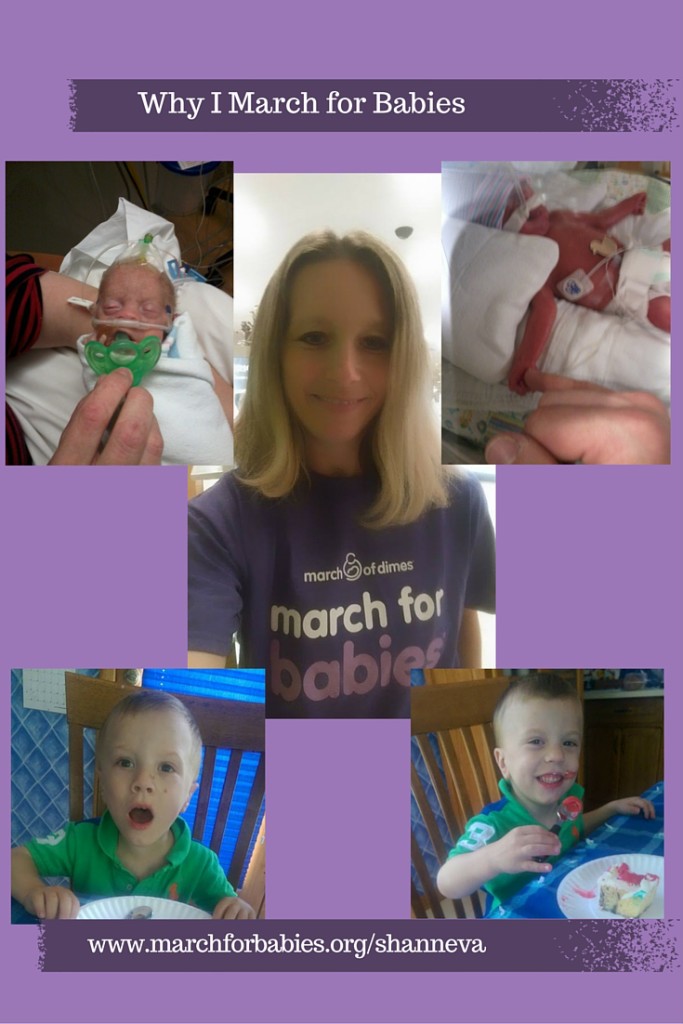 The first year we just participated as a family of three because the twins were just coming out of their first winter of isolation.  I was still too afraid to expose them to so many people, even though we were out of flu/RSV season.  I knew a little about the March of Dimes, and their mission to help preemies.  I also knew that many of my TTTS parent friends walked in their own March for Babies in their respective states and did a lot to raise money for the organization.  That’s why we decided to walk that first year.

“On our way to March for Babies!”

When we got there, I was just so inspired.  There were so many family teams, each with their own t-shirt and name symbolizing who they were walking for. There were such amazing stories of tiny survivors and also of warriors that lost their brave battle.  You could see the support and love each team member had for one another, and for the March of Dimes.  As soon as we got home, it became my mission to learn more about the March of Dimes, and how I could help them.

In my research, I found that it was the March of Dimes that was responsible for the research that lead to the Polio vaccine, as well as the development of Surfactant, which helps premature babies’ lungs develop.  Both my twins received it in the Neonatal Intensive Care Unit (NICU.)  Everything I read about the March of Dimes, just inspired me more and more.  From their “Prematurity Campaign,” to their “Healthy Babies are Worth the Wait,” everything resonated with me.  Before having premature babies myself, I had no idea it was such a crisis.  I also had no idea about the health implications from being born early.  If I could help the March of Dimes work to prevent premature birth and educate people about it, I knew this was the cause for me.

Each year since our first walk, we have put together a Family Team, Bex’s Brave Brothers, and worked hard to raise money for the March of Dimes.  This year we raised over $3000!!! 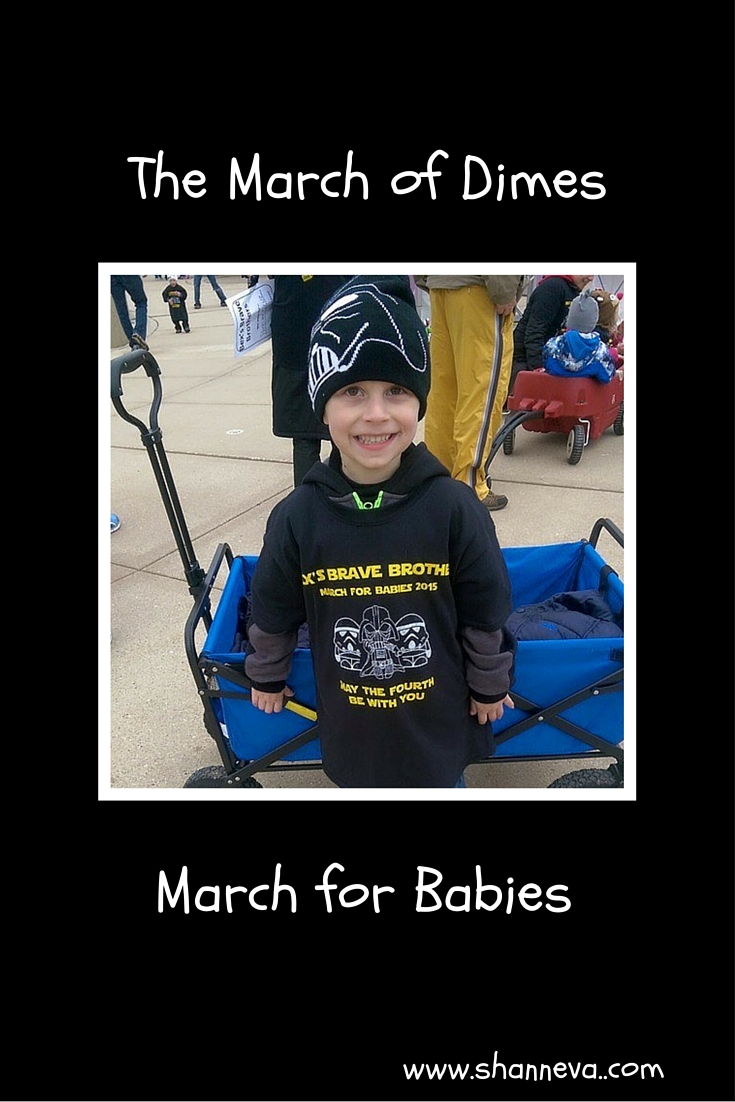 Now, each year around the same time, I have seen other disturbing “facts” come out about the March of Dimes, such as they only contribute a small amount per dollar donated. This is simply not true, and they are very transparent about where their donations go.  In fact $.76 from every dollar donated goes to projects and research.  Here’s a breakdown from their website:

One last great thing about the March of Dimes is that even though they are a National Organization, they have a Local presence in every state.  While their programs and projects may differ by state, there is always some way for you to get involved in your local community. 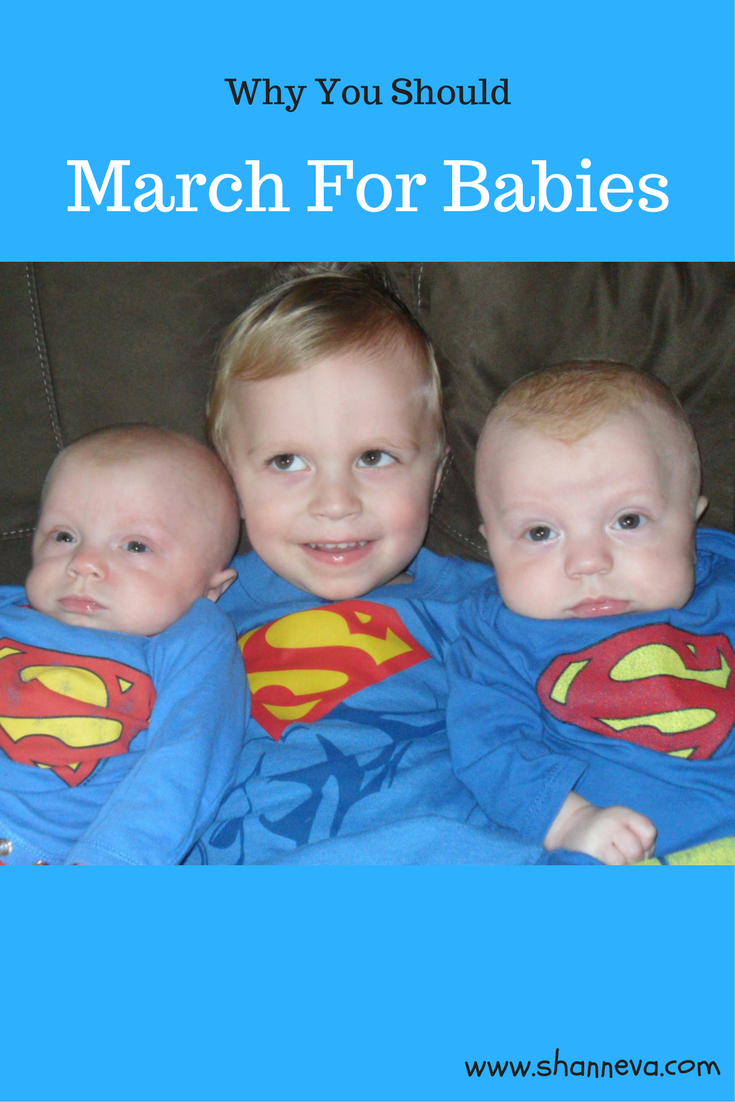 Here in Wisconsin, they have a wonderful relationship with our major children’s hospital, and are working to establish relationships with other hospitals that have Neonatal Intensive Care Units.  I hope to get more involved in that process since the boys were at a smaller hospital.

Even if you haven’t had a baby born premature or with any birth defects, I’m sure you’ll agree improving the health of all babies is important.  To learn more about the March of Dimes, and how you can help, please visit HERE.

To make a donation on behalf of our team, Bex’s Brave Brothers, or to walk with us, please click HERE.

Will you March for Babies this year with us? Will you donate to help babies like my twins have a healthier start in life?