Welcome to our 3rd Micro Preemie Monday!  I’m so happy you are here with us to meet a beautiful little girl named Cambria.  Her mother, Becky, tells us all about her and her story. Please feel free to leave Becky comments or ask questions, and I will get them to her.

At the end, I have included some additional information on terms* you may not be familiar with.

Cambria was born at 27 6/7 weeks, she weighed 1 lb 5 oz and was and is considered SGA (Small for Gestational Age,)* and IUGR (Intrauterine Growth Restriction.)* She weighed and measured around 23 weeks.

2. How long was your NICU stay?  What was the hardest part?

We were in the NICU non-stop for 95 days, however, she was readmitted 4 times within 3 days of getting released initially. The hardest part was not knowing what to expect. We had never known of anyone with such a small or early baby and were facing this with no knowledge. I have since found many support groups. however, I was overwhelmed with my lack of knowledge and found it essential to arm myself with as much knowledge as possible. 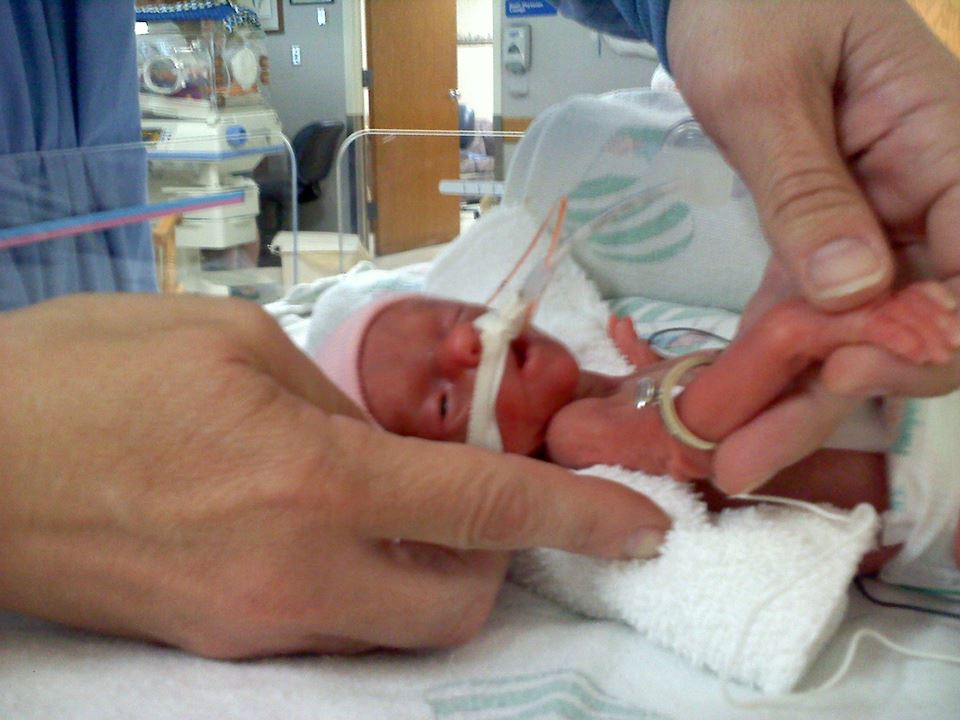 3.Do you know what caused your baby’s prematurity? 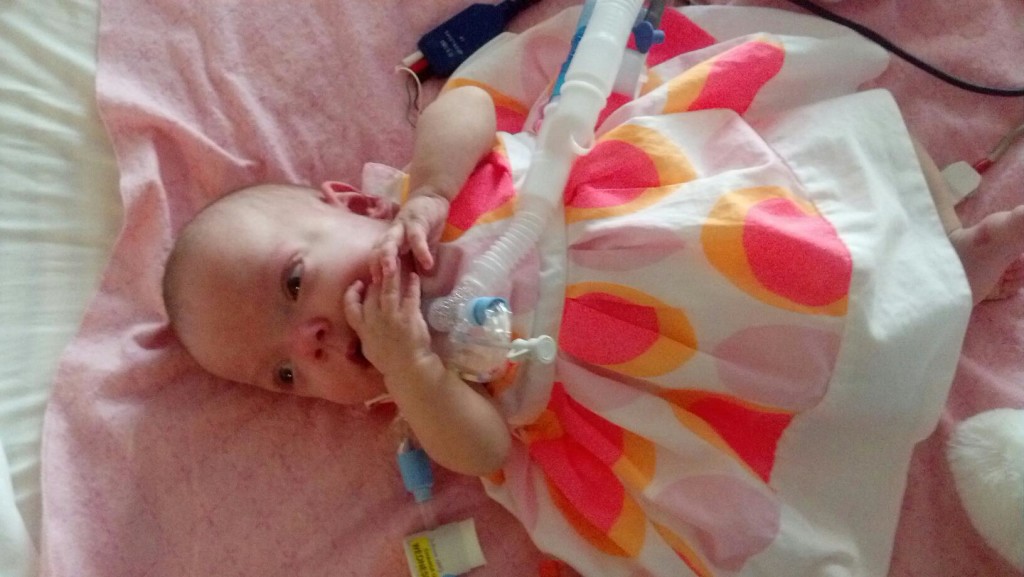 I am doing just fine. Cambria has some lasting issues. She has an immune deficiency that we give her bi-weekly infusions for, this is especially concerning because she is still so small. Which is another concern. She weighs 20 pounds and is 32″ tall and will be four in July. We are waiting on approval for human growth hormone. She has lasting chronic lung issues, and as I type this she is battling pneumonia in the hospital. She takes nebulizers daily. She also has speech and fine motor delays, but is making great strides in this area and we are so proud of her. She is happy and doing so much better than we ever thought she would. She spent many months in a PICU (Pediatric Intensive Care Unit) seven hours from home and ended up with a Trach* and feeding tube. She runs and plays and is so full of joy we couldn’t be more blessed. These issues are small in comparison to what we were told her issues would be. She is amazing. 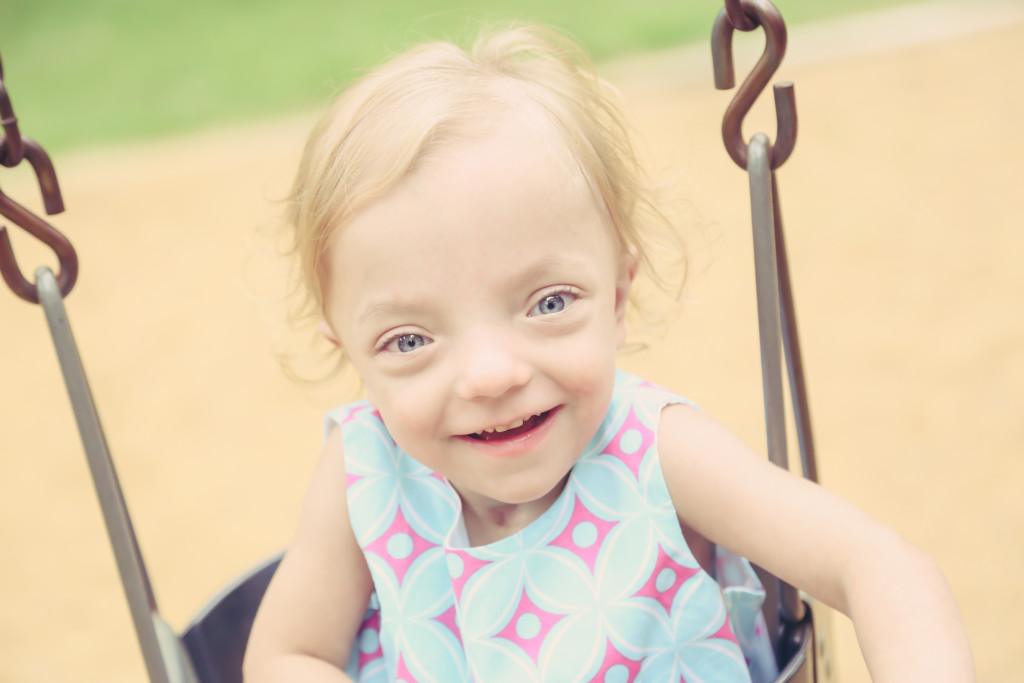 Take one day at a time. If you think about a week from now, two weeks from now, even a year from now you will drive yourself nuts. Medicine isn’t an exact science and the doctors don’t know for sure what will be. We were told she would never come off a ventilator and would never get rid of the trach or eat by herself. She rarely uses a nasal canula, has no trach, and puts away food like nobody’s business. Let the little things go, don’t consume yourself with a nurse that didn’t lay the blanket right or didn’t acknowledge you within minutes. You will drive yourself crazy if you don’t find a happy medium. Also, educate yourself on the terms, condtions, etc. Ask questions and above else, advocate for your little one!

Intrauterine growth restriction (IUGR) is a term used to describe a condition in which the fetus is smaller than expected for the number of weeks of pregnancy. Another term for IUGR is fetal growth restriction. Newborn babies with IUGR are often described as small for gestational age (SGA).

Placental abruption is the premature separation of a placenta from its implantation in the uterus. Within the placenta are many blood vessels that allow the transfer of nutrients to the fetus from the mother. If the placenta begins to detach during pregnancy, there is bleeding from these vessels. The larger the area that detaches, the greater the amount of bleeding. Placental abruption occurs about once in every 120 births. It is also called abruptio placenta.

Other than direct trauma to the uterus such as in a motor vehicle accident, the cause of placental abruption is unknown.