You are here: Home / Blog / Micro Preemie Mondays and Henry

Please help we welcome Amber, as she tells her story about her beautiful son Henry. As I told you about in my previous post on FRIDAY, Amber also had a young child at home during the pregnancy and birth of Henry. Henry was also born at the same gestation as the twins. In each of these stories, I find so many similarities, yet so many differences. Thank you to Amber for sharing with us. Now, let’s meet Henry.

My son Henry was born at 25 weeks 6 days. He weighed 1lbs 13oz and was 12 3 / 4 inches long. Henry is named after my husband’s grandfather who still lives alone on his farm perfectly healthy at 91 years old. We decided that our little miracle needed to be named after such a strong healthy man. 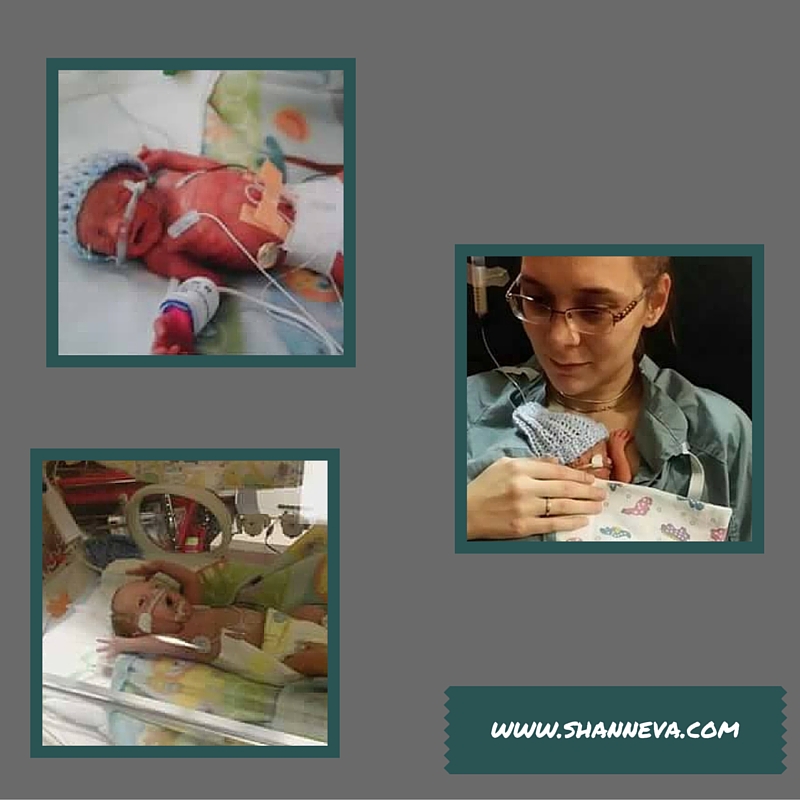 My first pregnancy went perfect. My labor and delivery were amazing. I was able to nurse until she was 15 months. When I found out I was pregnant again when she was 11 months, I was surprised but excited. 8 weeks into my pregnancy, I had a major bleed and thought I was having a miscarriage. The bleeding stopped, and I went in for an ultrasound at 9 weeks and they found his heart beat right away. I spotted on and off the first trimester but everything else seemed normal. At 18 weeks I bled again, so I went in and they told me I was fine and that I had a lot of capillaries and they were bursting. At exactly 20 weeks, I had I very major bleed. I went into labor and delivery thinking it’s going to be just something little. They did an ultrasound and found no fluid left. But at this point they didn’t know why. They told me I would go into labor within 48 hours and my baby would not survive. After 48 hours in the hospital the bleeding slowed down to a heavy period and no sign of labor or infection. They sent me home pretty much said live your life normally as you will get an infection and we will have to deliver the baby to save your life. I had to go in for an ultrasound every week and took my temperature daily. At 22 weeks, they found the blood clot and it was the size of a lemon. At 24 weeks, I was admitted to the hospital 2 hours from home. I was given steroids and 2 ultrasounds a week. I was told because there was no fluid in my uterus my son had a good chance of severe issues the biggest one was his lungs would have atrophied and not work at all. At 25 weeks 5 days, I went into labor. We tried magnesium to slow or stop it but it was no use. Henry was coming. Henry was delivered by cesarean and I heard him cry. Well it was more like a squeak, but his lungs were working. 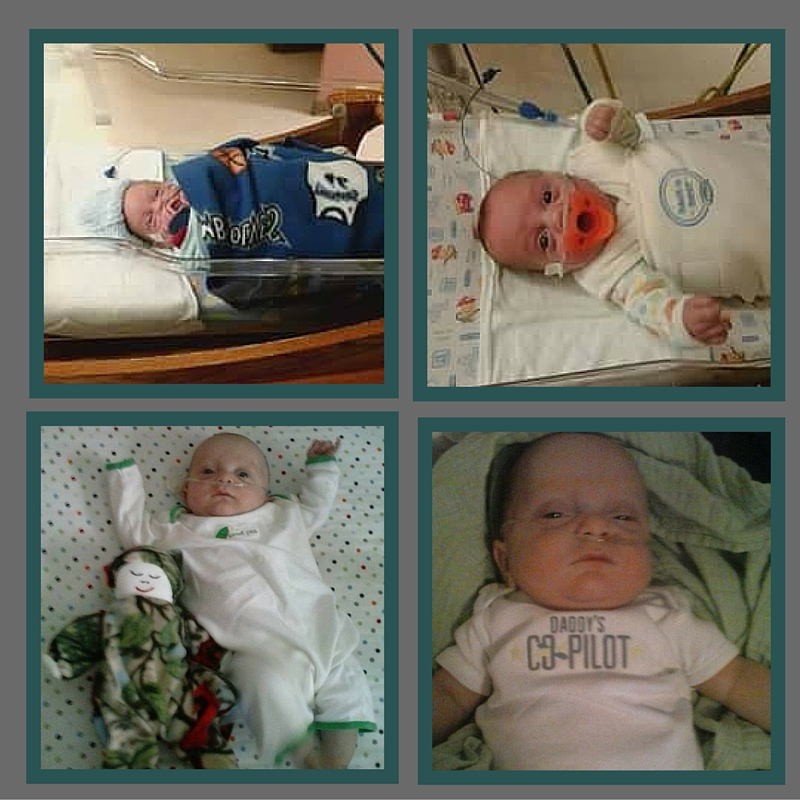 How long were you in the NICU? What was the hardest part?

We were in the NICU 2 hours from home. I might remind you at the time Henry was born, I had a 16 month old that doesn’t understand what happened to her mommy. Henry was in the NICU for 87 days.

The hardest part of our NICU stay was being away from home with a toddler for 87 days. About 3 weeks after Henry was born, my husband daughter and I got a cold and had to leave the Ronald McDonald and couldn’t visit the NICU for 10 days.  During that time he got an infection. At least it was just an UTI, and cleared up with a round of antibiotics. Then we got the scariest call of our journey. It was day 9 of us begin gone, he was 5 weeks old and almost 3 lbs. We got the call Henry had a hernia that just popped that morning and it twisted and was cutting off circulation to his intestines and testicle and they needed to do emergency surgery and we weren’t able to get there. We left the next morning and he was still intubated but doing ok. We had many other ups and downs mostly with his chronic lung disease. The fact he was so early and had very little fluid we expected that. Our greatest blessing was Henry didn’t have many Brady episodes. He had a few rounds of steroids to get his lungs to develop. Henry had many issues with high co2 levels. When we brought Henry home we came home with oxygen and a pulse ox monitor. 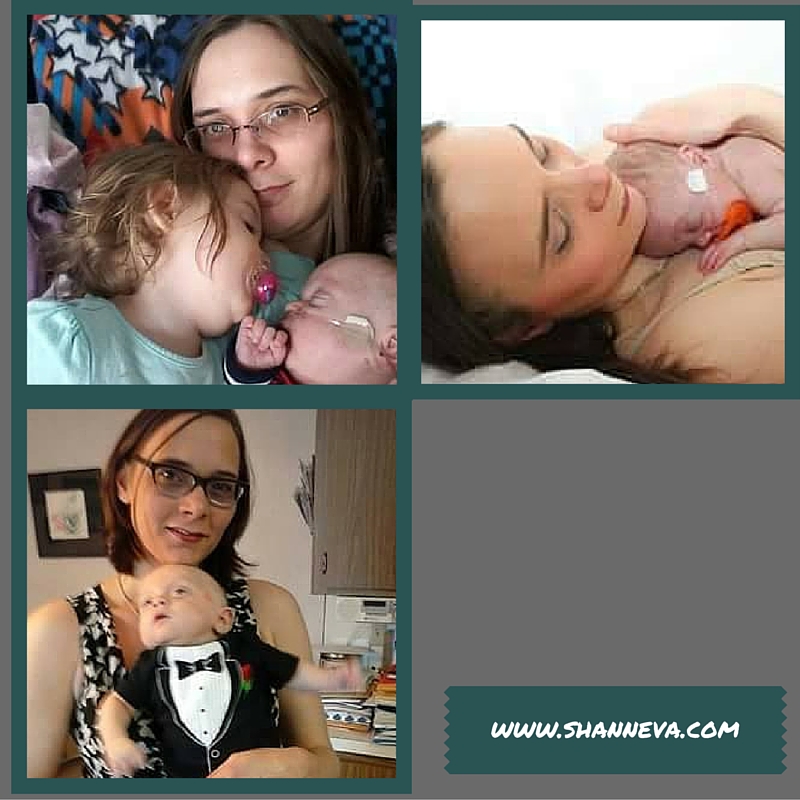 4.How are you both doing now? Henry will be 6 months old tomorrow and is still on oxygen 12 hours a day but he is strong. I have gone on antidepressants and I am in counseling to help with my postpartum depression. 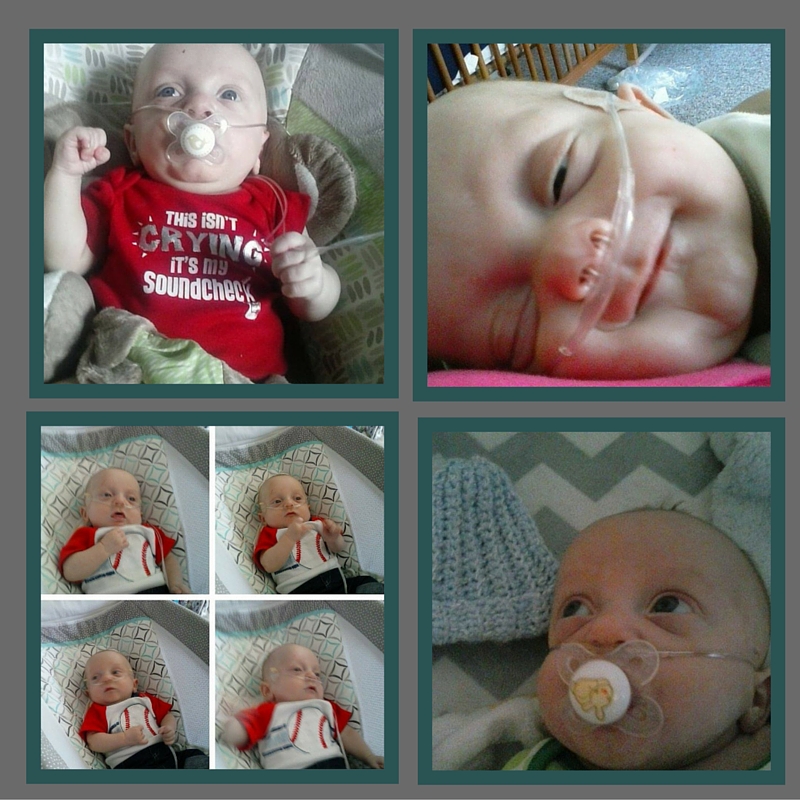 My advice to New micro moms would be to stand up for your babies and ask questions and do your own research. Find other micro moms either in the NICU or the Ronald McDonald house. Honestly, without the other moms I met I don’t know how I would have made it. We were able to understand what we were going through like no one else. Always remember that this is a roller coaster and there are lots of ups and downs but the ride will end eventually.

Thank you again Amber. You are both doing amazing, and I can’t wait to hear about your progress.