Every Monday, I share micro preemie stories for a number of different reasons. Not only do these journeys raise awareness for premature birth, but they provide hope and strength to other families going through a similar experience. 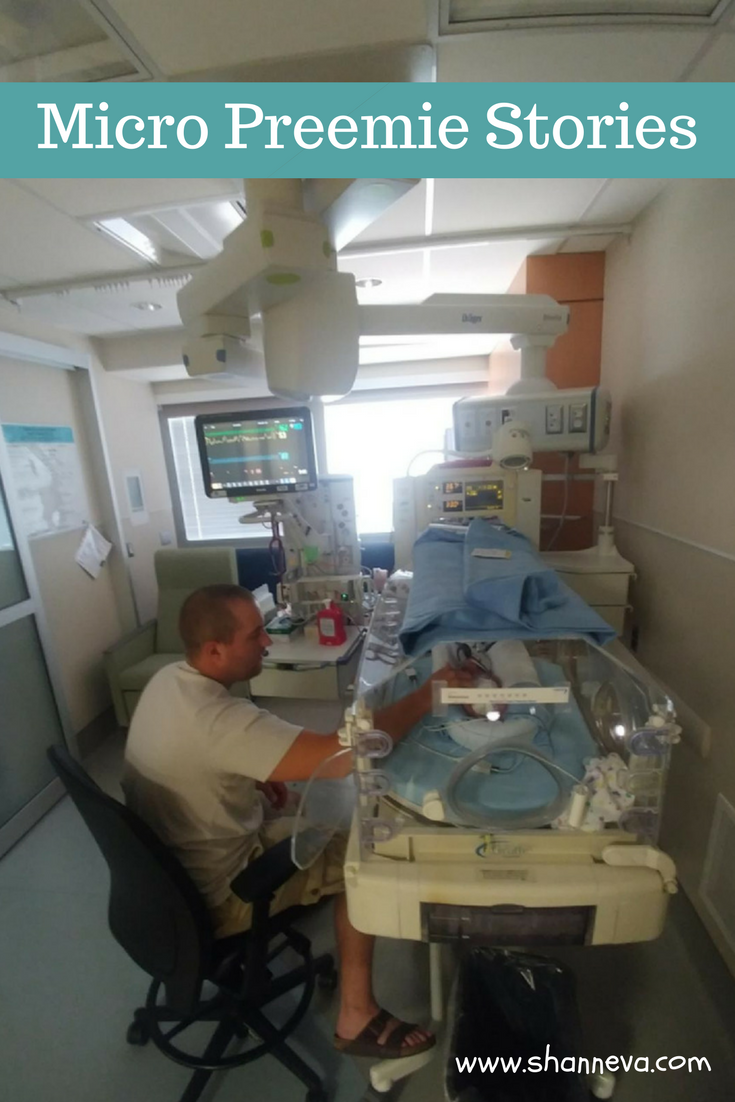 When I was pregnant with my twins, I remember looking for micro preemie stories myself. I was so worried that my babies would be born early because it was such a complicated pregnancy. I needed to hold on to the hope that they would be OK when they were born, so I looked to see how young babies could survive. I also looked to see how small some of the amazing survivors were because one of my twins was very behind in growth.

One doctor told me he would never make it to viability, and if he did, he wouldn’t weigh enough.

Luckily, that doctor was wrong. I also had proof that babies that small and that young could survive in the stories that I found, even though there weren’t many.

After my twins birth, I found many support groups, and I realized that there were so many other stories of hope out there. While it was hard for me to find them doing a regular Internet search, it was not hard to find them in these groups.

Which brings us to today, and these amazing micro preemie stories I’m able to share with you each week. Thank you so much to everyone who has shared their journey, including today’s miracle.

I’m honored to bring you Rad, as told by his mom, Meghan. 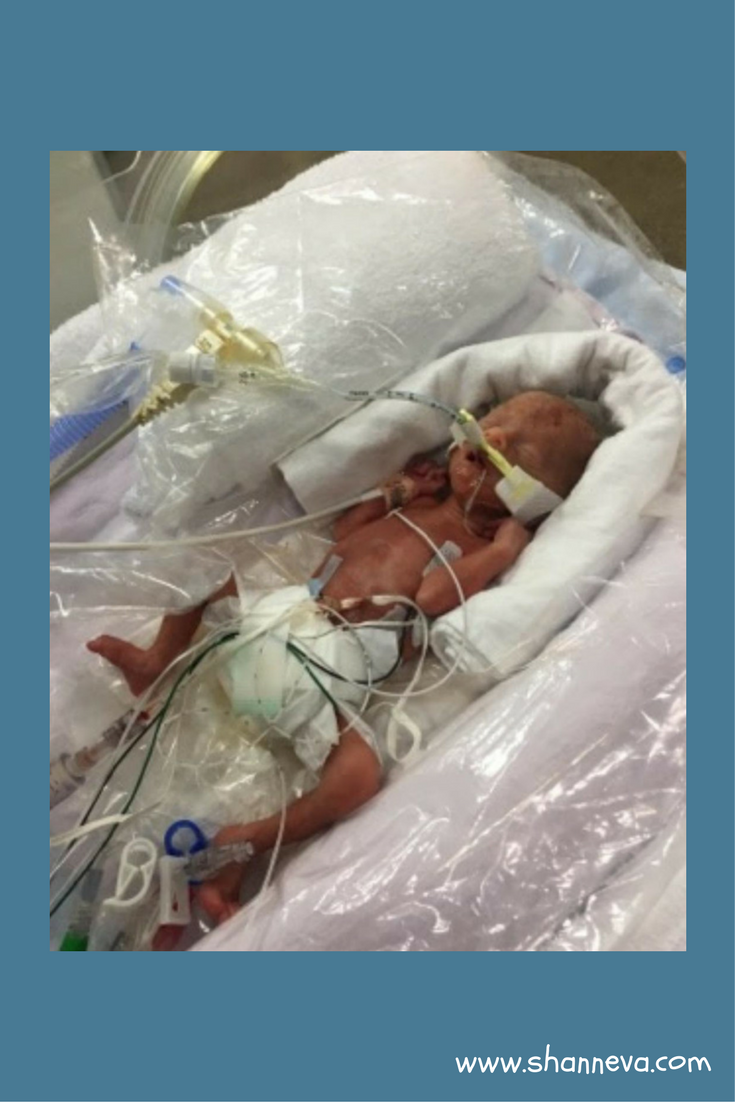 I was too sick to continue pregnancy, and his heart rate had become worrisome. I had 3 days in hospital from admission to the day we did the c-section. We call him our little soldier! 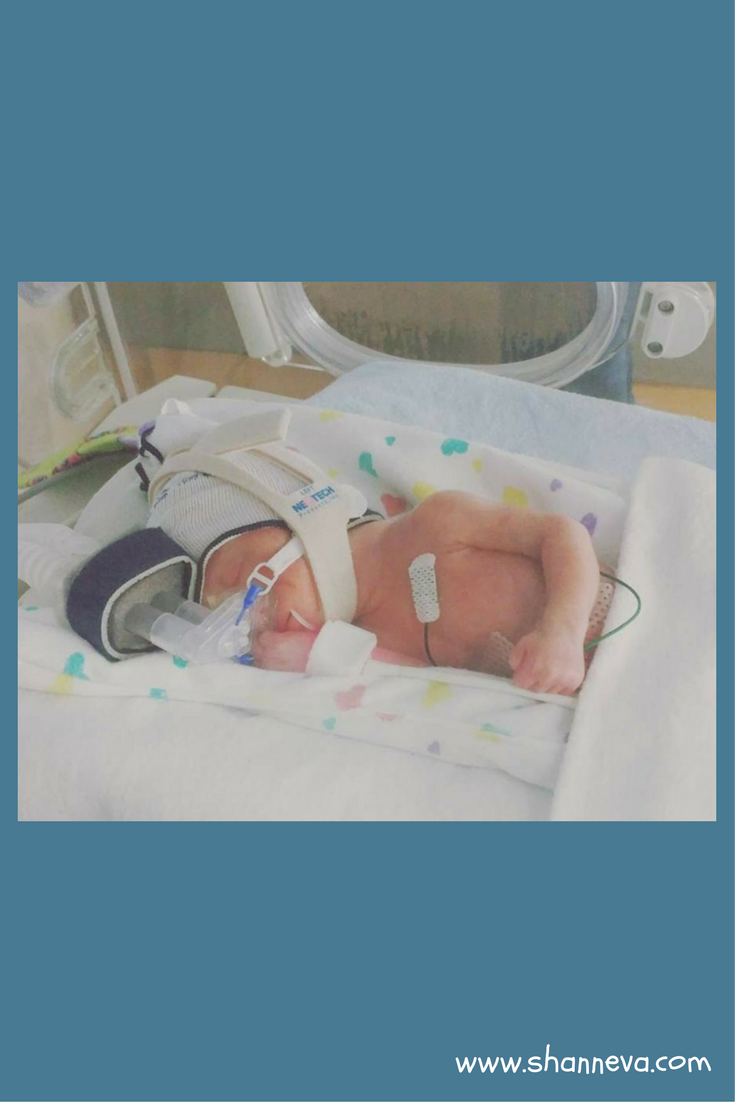 Our total NICU stay was 102 days – 19 of which were spent in a level 2 in our home town before being discharged.
Our hardest part was on October 16th, at just under 7 weeks old. I felt comfortable enough and he was doing well, that I made the 2 hour trip home for a “me day” and to get some things tied up at home, as I had been rushed to hospital with no warning back in August. I had spoken with his nurse already 3 times that morning, and he was having a great day. They even weaned his high flow.
That afternoon we were called that we needed to get back ASAP. Rad had gotten sick and had been reintubated. They feared a few different scenarios, and were waiting on results.
By the time we got there, they had determined he had NEC and the surgical team was on standby at a nearby hospital. He looked awful, and our feisty baby was now deathly ill and sedated. We had so much guilt and fear, and I still think about that day even now months later. 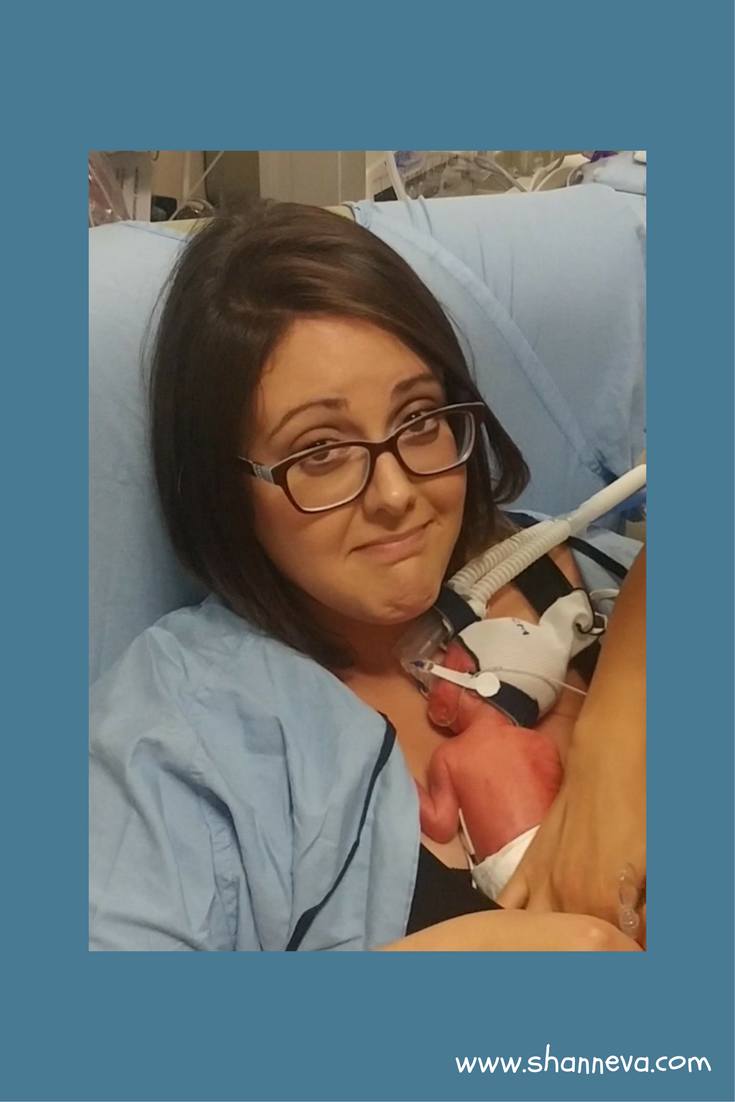 That was a very hard night for us all. Going X-ray to X-ray hoping he would make it through, and without surgery. He was barely 3 lbs. He narrowly avoided surgery, but was slow to bounce back. It was found the next day that he actually had 3 infections -NEC, a blood infection, and urinary tract infection. 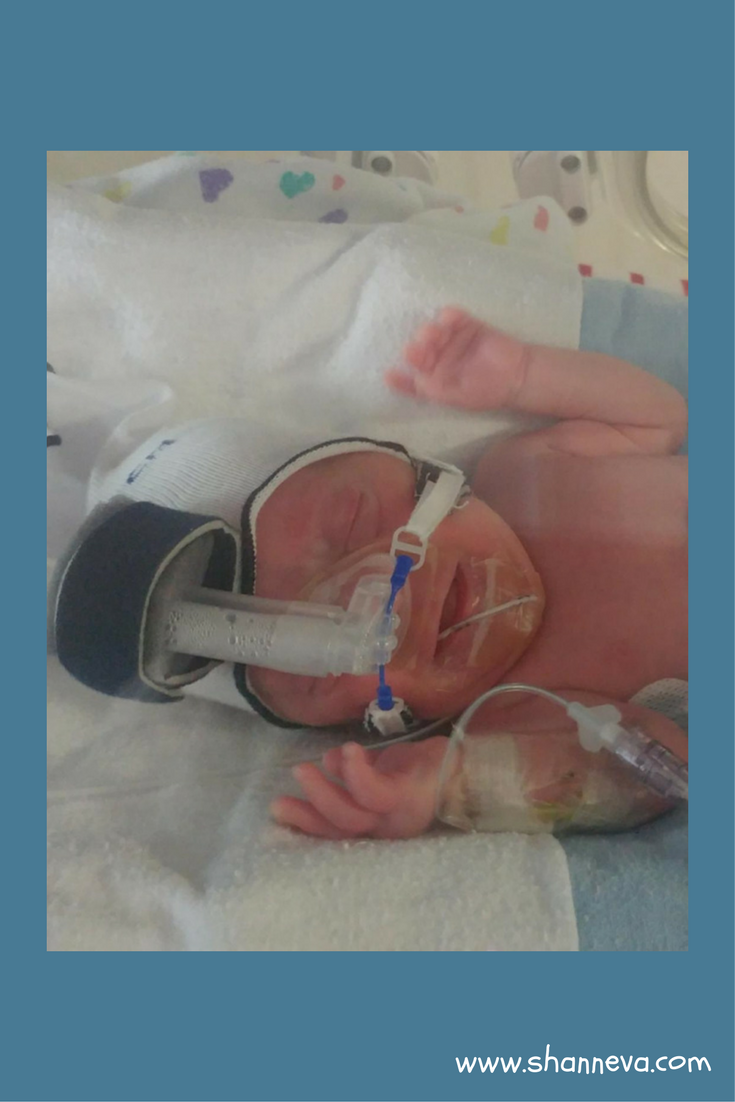 Our little solider fought hard, and came out on the other side of a very scary time.

It was my first pregnancy, and we got pregnant with infertility treatment.
I had a rapid onset of preeclampsia symptoms over the course of a weekend which turned severe and scary quickly. I was taken to Mt. Sinai in Toronto on the Monday and delivered via c-section on the Thursday, which was August 31st, 2017. 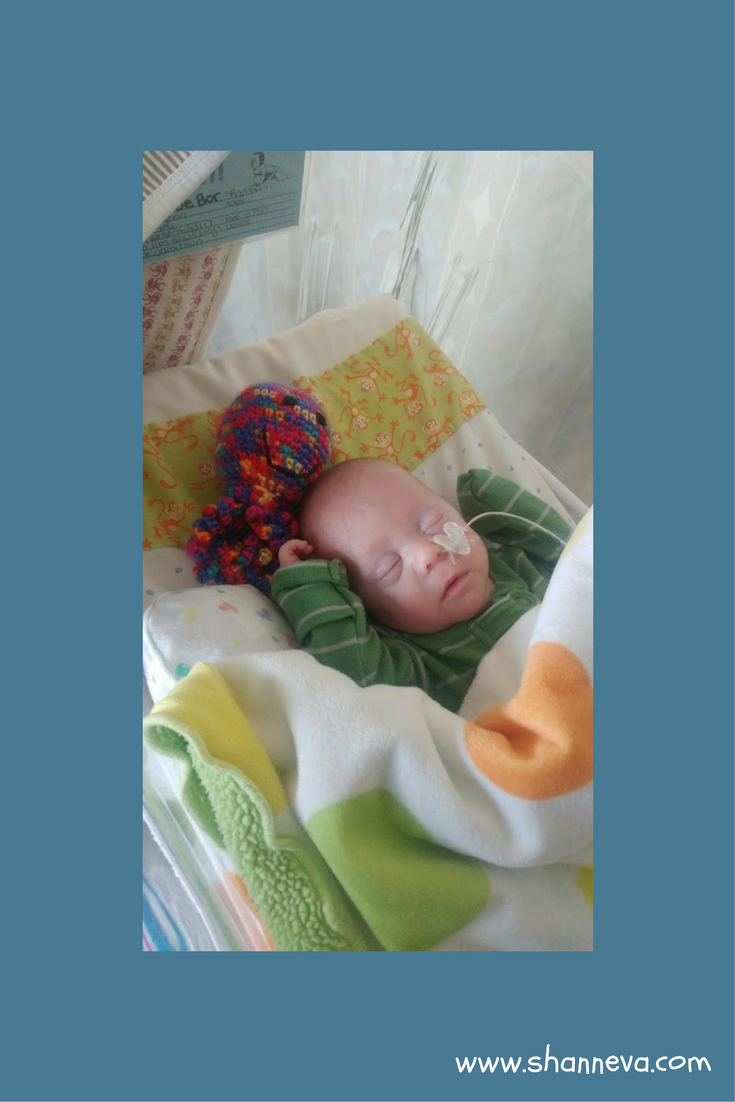 HELLP syndrome had developed as well, and my kidneys and liver were in trouble. An ultrasound showed Rad also had IUGR and was in the 2nd percentile, giving more reason to get him out.

We have been home for 5 weeks now and are doing well. 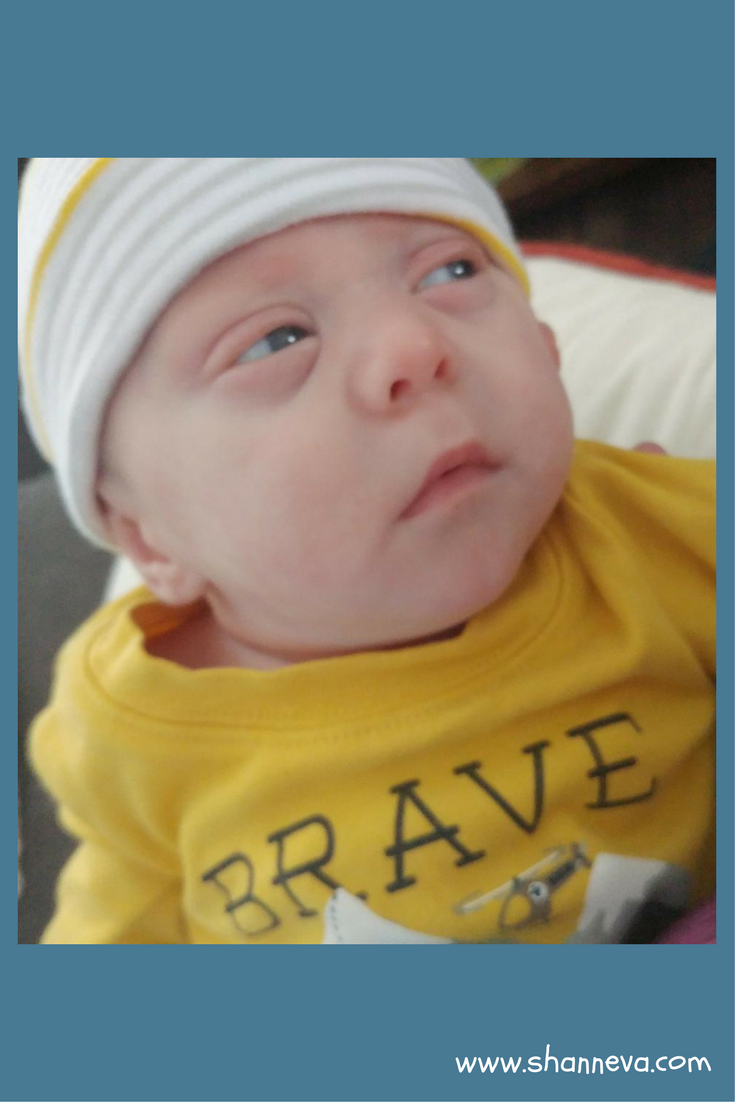 Rad still has some issues with feeding and reflux, but he has improved so much, and we don’t anticipate it being a long-term problem.

He is now 8 lbs and a happy boy. He is being monitored closely by the doctors and dietician to ensure proper growth. Rad also developed ROP in the NICU and has been having weekly eye appointments to monitor the development of it for a couple of months now.

He is smiling lots, and is working on his tummy time and 2 month milestones everyday.

We love seeing him grow and change daily! 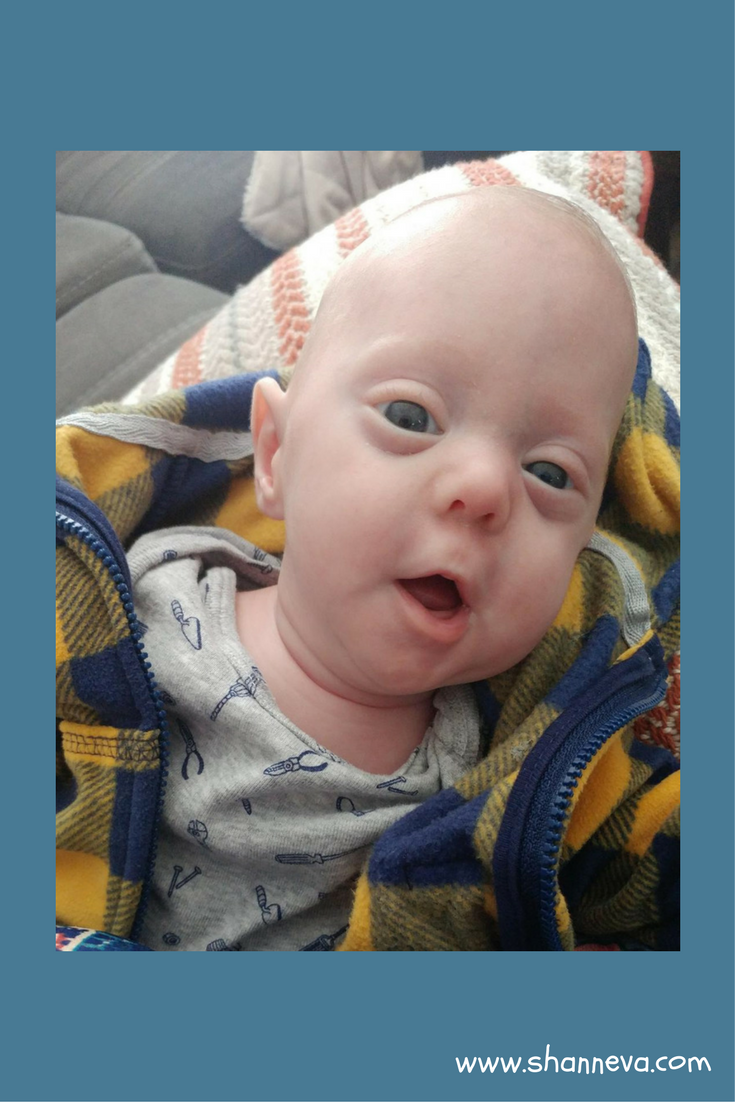 It does get better.
We had a family 5 weeks ahead of our journey in the NICU that always gave us hope and encouragement through the hard days and the good days too. They told us it gets better, and they were right. And when they finally got to bring their daughter home, and Rad was the big boy in the NICU of many new micros, I would tell the new parents the same.
Find support in those parents going through the same thing. No one will understand better. Accept help and support from your family and friends even when it’s hard.
Share your story! No one can help you out or understand if you don’t let them in. Sharing Rad’s day-to-day on our website gave the one’s we loved hope and something to look forward too. We all could see the changes and progress that helped us all soldier on through the months. 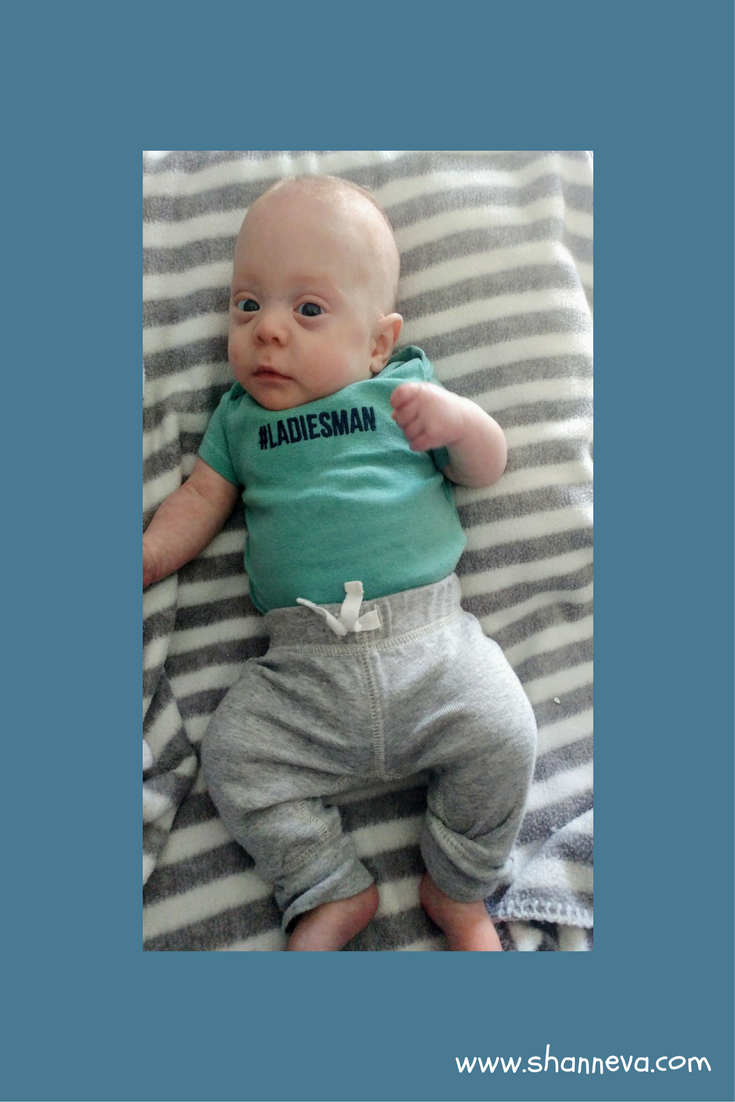 Thank you again to Meghan for sharing sweet and strong Rad with us. Please leave any supportive comments for them below.