What started as a day all about love, rapidly descended into an epic parenting fail. I’m still hurt and upset about the incident, but more so about what it says about my skills as a mom.

How do you bounce back from a parenting fail?

No, really. I’m asking. And not for a friend.

It wasn’t even a huge event, but it was the thing that finally broke me. I felt defeated, guilty, and unsure of where to go from here. 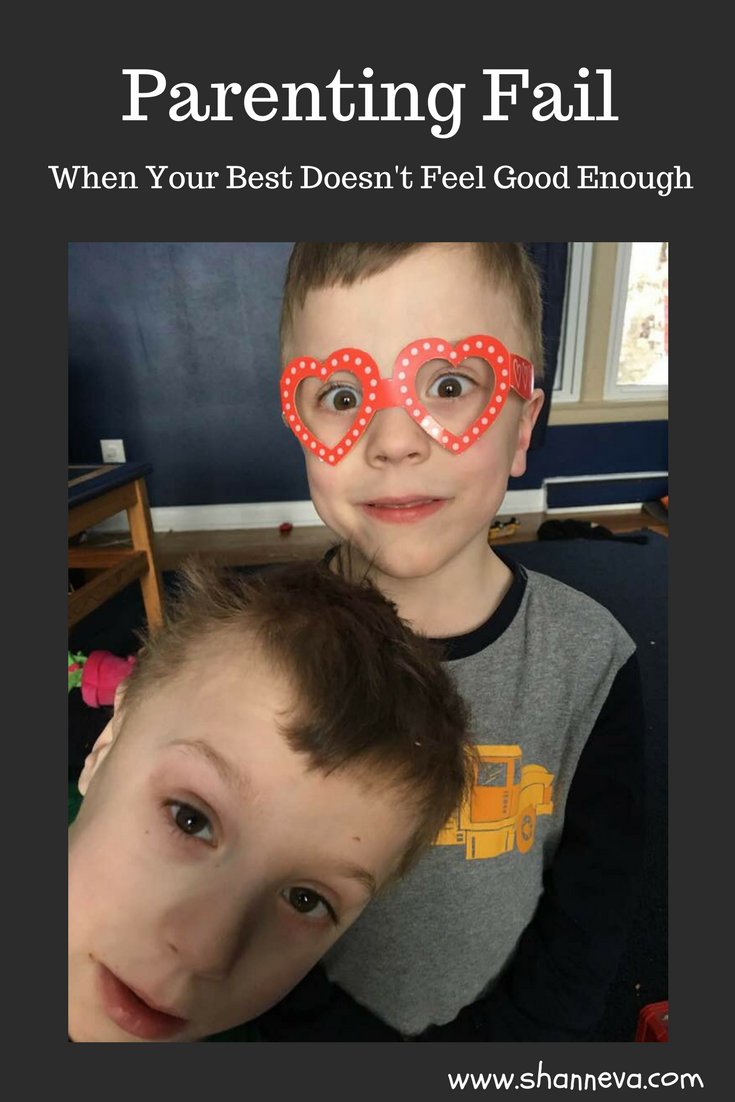 It was Valentine’s Day, which is one of my favorite holidays. I’ve always loved it. Exchanging paper cards in grade school, stuffed animals from high school boyfriends, and all the chocolate, of course. Showing someone you care about them in all the cheesy cliché ways.

In case you don’t know this about me, giving gifts is my love language. I definitely am affectionate and tell people that I love them, but I also like to show them with something tangible. It doesn’t have to be expensive, but it has to mean something. I find joy in picking out the perfect gift. I feel warm and fuzzy when someone opens something I’ve gotten them, and they really love it.

I especially have gone overboard with my kids.

With Mr. B, it was because he was the first. Everything for babies was just so cute, and I just loved him so much. I wanted to give him everything.

With the twins, I didn’t buy them anything until they were almost out of the NICU. I was so scared to get attached to them because I thought I would lose them.

Then, I was so thankful they were OK, but still felt the guilt of not connecting with them when they were tiny, so I wanted to buy them everything too.

Now, I’ve gotten a lot better about buying them “all the stuff” all the time. I’ve even scaled back at the holidays.

This change started last year at Christmas. We bought them wonderful gifts, and all they wanted was to open more. They weren’t satisfied with anything. They weren’t grateful. It was sad for me, embarrassing in front of other family members, and a big wake up call. This needed to stop.

So, I learned a big lesson the hard way.

Since then, I’ve been very conscious about buying things. I do a lot of returning. I talk myself out of a lot of purchases.

This Christmas, we didn’t go overboard, and there weren’t as many meltdowns. We keep talking about being grateful, taking care of your toys, and the meaning behind gifts.

I thought we were making progress.

In the days leading up to Valentine’s Day, I did a little shopping for the perfect gifts. Again, I did not want to go overboard.

I found some DC Comics Hotwheel cars (Mr. B loves The Flash,) and got the twins each a Lightening McQueen car. Of course, I couldn’t find 2 of the same ones, but I picked out ones I thought they would each like. I also got everyone a little bit of candy, a small stuffed animal, and a little coloring book.

I then had tins that I bought on clearance last year for the candy, and I decided to decorate brown paper lunch bags for the other gifts.

I spent most of the day before Valentine’s decorating. I even made my husband a handmade card. I planned to give the boys everything that night, since I had to work on the actual holiday.

We’ve been having school issues (future post coming soon,) so any chance we get to work on behavior is a good thing.

Anyways, I got them calmed down, fed them dinner, and then told them they could have their surprise.

It all started great.

They were so excited and happy to see the packages I prepared.

They opened the bags, and Little P was overjoyed with his stuffed animal. He said, “Dreams do come true. I’ve always wanted this!”

Hilarious and so sweet. My mommy heart was exploding. 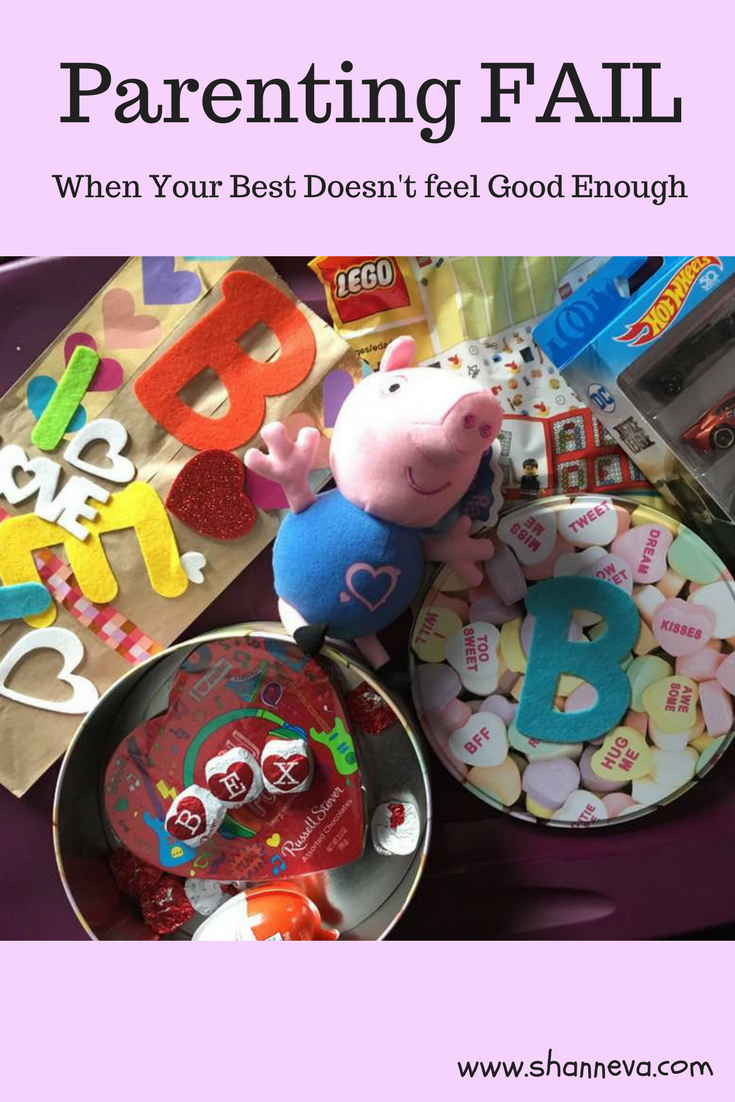 Then, everything went sideways.

They opened up their Lightening McQueen cars.

Big C screamed that it was the wrong one, then started to throw a tantrum. I thought maybe I could switch it with Little P’s because he didn’t like his either, but exchanging them somehow made the situation worse.

At this point, I then lost it.

I was crying by this point, as was everyone. Mr. B thought that he did something wrong too, so he went to his own room.

After I couldn’t stand the screaming and crying anymore, I went into the twins room. I explained how hurt I was. I had spent so much time preparing, finding, and buying what I thought were the perfect gifts, that it really made me sad when they didn’t like them.

I told them they had to stay in their rooms until Dad came home. I knew that I couldn’t get through to them, and that was absolutely breaking me.

I then went and apologized to Mr. B, and told him he didn’t do anything wrong. I felt so guilty for making him upset.

He had written me a note, in the meantime, telling me he was sorry, and gave me a cup he made in art class last year. My heart broke even more.

Ok. The whole incident may not seem like a big deal, but I think it was just my breaking point.

We have been experiencing school difficulties, behavior issues, medical problems, and have a lot of big decisions coming up. I think the stress of everything combined with sheer disappointment in their reactions just pushed me over the edge.

I thought they would understand when I explained why I was so upset, but they are five. And a very young five, at that.

But, I can’t lower my expectations. They need to learn respect, gratitude, and empathy no matter what age they are. They need to understand why and how to apologize.

I also need to understand that it is an ongoing process, and it won’t happen overnight.

Maybe I did make a huge parenting fail, or a whole bunch of them. But, I can’t undo what’s been done, or what I’ve taught them so far. I just have to keep trying to do better.

We are all works in progress.

Have you ever made an epic parenting fail? How did you handle it?