Potty training twins is really hard work. There. I said it.

I’m not saying it’s harder than training a single child…actually, yes I am. It is twice as hard.

Before we get into all the “fun” of potty training twins, I have a special announcement. The winner of the family four-pack to see TORUK at the Bradley Center is Missie M! Congratulations, and thank you to everyone who entered! All details will be emailed to you. I really hope you enjoy the show!

If you didn’t win, you can still get discounted tickets for children HERE and family 4-packs HERE.

Now, back to the fun… 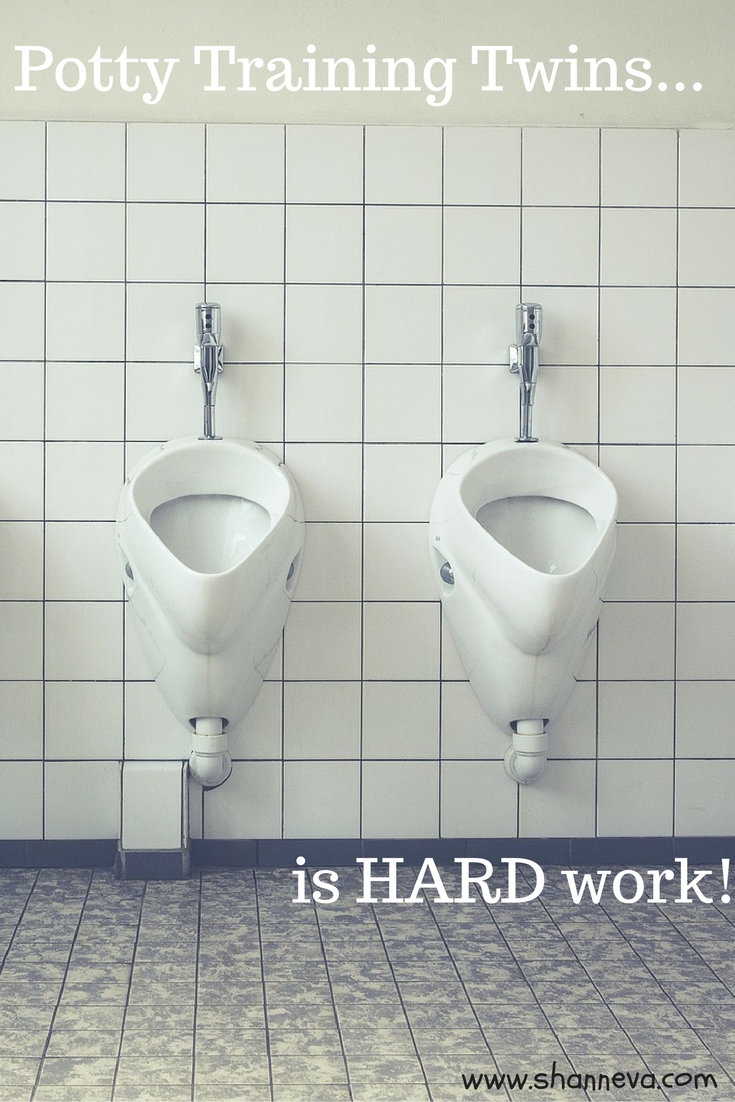 We’ve been talking about potty training with the twins for a long, long time. You may remember this POST back in March. Yes, the twins have been actively boycotting the toilet for a good 5 months. With preschool starting, it was time to finally stop preparing and just go for it.

I decided on my own version of the 3-day method…since we only had 2 days before preschool started when we returned from Vegas. Now, to be fair, we were supposed to have three days, but we switched from M/W preschool class to T/TH class. Preschool is a whole other post for another day.

Basically, I stopped buying diapers, put the twins in underwear, and prayed for a miracle. I didn’t make any plans to leave the house, I put their potty chairs in the living room, and got a jumbo container of Clorox wipes. I apologize if some of the details are a little hazy, as I think I’ve already started blocking some of it out. 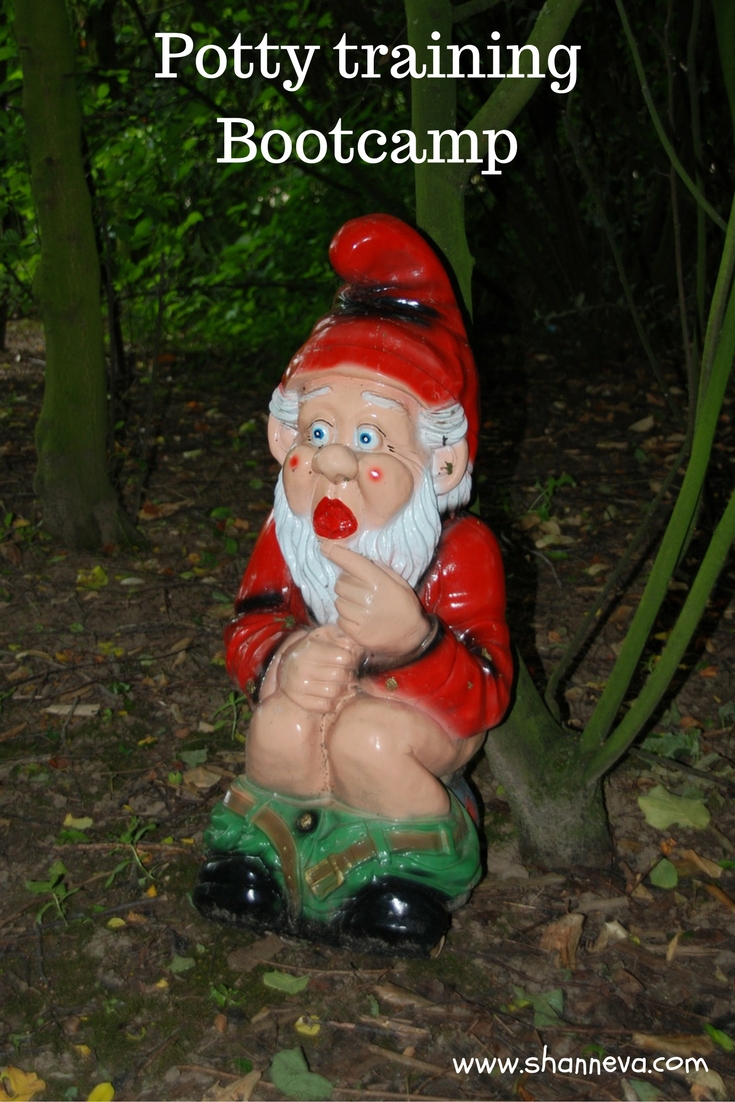 On the first day, I learned:

So, I got a bit of a break. My husband took the kids to his mom’s house because I wasn’t feeling good. The boys had passed me their cold and on the last night in Vegas, I was feeling pretty icky. So, he packed them (in their underwear!) and they headed to Grandma’s.

They did wear underwear all day, but had a few accidents.  Little P did number 2 on the toilet, which was probably a fluke, but awesome just the same.

When they got home, they both sat on their potty chairs. Little P made some, but not Big C. I knew he had to because he was dancing around, but he just couldn’t do it.

Little P was good to go to bed, but Big C just couldn’t go on the potty. We laid them both down, and after about 20 minutes, he was crying. I had him sit on the potty again for a half hour, with no result. Back to bed. Crying. Back to the potty. Bed. Potty. Bed. Finally, a PEE on the potty. And it was a good one!

On the second day, I learned:

I’m not going to lie. It did not go well. Not even a little bit.

I put them on their potty chairs first thing, and waited patiently. They had worn diapers the night before, and they were dry, so I took that as a great sign. I shouldn’t have.

After sitting with them for a good 20 minutes, I decided I need to make Mr. B breakfast. So, I turned on a show, while they remained on their potty chairs. FINALLY, we had some action. Little P made a pretty good size pee! Most of it in the potty! I let him get off the chair, put on his underwear, and have a treat.

Big C was not happy about any of those things. He was trying his hardest to go, but just wasn’t getting it. He was pushing, which really wasn’t helpful at all. I tried telling him to just relax and let it go, but it was no use. He kept telling me that he went, but we’d check and there would be…nothing. Ugh.

He ended up eating breakfast on the potty, and finally I just let him get off. We put on underwear, and hoped for the best.

By this time, Little P had peed through his first pair, and Big C was dancing around because he had to go so bad. After getting on and off a few more times, he finally made a pretty big pee. There were cheers and chocolate all around.

The whole rest of the day consisted of Little P making some pees on the toilet, most spraying out (even with one of those guards,) and then still going some more in his underwear. Big C would sit for at least an hour with nothing, and then eventually make a little.

By the time it was time for bed, I was exhausted, felt disgusting, and was ready to throw in the towel. Luckily, that’s when my husband came home from work. He wasn’t ready to give up, and both boys wore underwear to bed. Big C had still not made anything significant, and was dancing around a lot.

We did the back and forth bed/potty dance a few times, and I just couldn’t take it. I let him put on a diaper. He still couldn’t go!

Finally, after about another 20 minutes, he went in his diaper.

They did both sit on their chairs before going. Little P made some, but not Big C. So, they both wore Pull-ups to school. Both wet by the time they got done.

The rest of the afternoon was mostly spent on the potty chairs. A lot of sitting, and not much else. Actually, I take that back. They now had toys they were playing with while sitting. Maybe not the best idea, but I was getting desperate.

There were a few pees, mostly by Little P, but I was starting to worry. Would they have to wear diapers to high school? Does the smell of pee ever go away? Would my husband find me under the huge pile of laundry when he got home?

I didn’t think I could make it through another day of potty training twins.

Little P did NOT wake up dry. In fact, his bed and pajamas were soaked. Luckily, they have plastic mattresses. Big C was dry.

At 11 am, I started to get worried. I called into the doctor, who suggested he drink something while sitting. Um, yes. He’s been eating and drinking the whole time…but not doing anything else. It was seriously over 12 HOURS!!!!

My Dad came over to help. Still nothing. I couldn’t sit and watch him in agony anymore, so I started do some chores around the house.

Finally, he made a little, and wanted me to see. Then, it all came out! HOORAY!!! No need for an emergency room visit. It was close to 14 hours. Man, can that kid hold it.

Potty training was becoming frustrating for everyone involved. Sitting on those little potty chairs was just not working. I also tried the regular toilet with one of those seats and a stool. Plus, I would let the water run.

None of it was making it any easier for Big C. In fact, he kept asking when potty training bootcamp would be over. I don’t think he understood that it’s NEVER OVER…until you are potty trained.

Anyways, back to the change…

I think they may have thought of it more as a game, or something just finally clicked. It certainly wasn’t being in wet pants or sitting on a potty chair all day. However, I do think every child is different. Those things just didn’t work for us. Switching things up, and just hanging in there was what finally gave us a breakthrough. 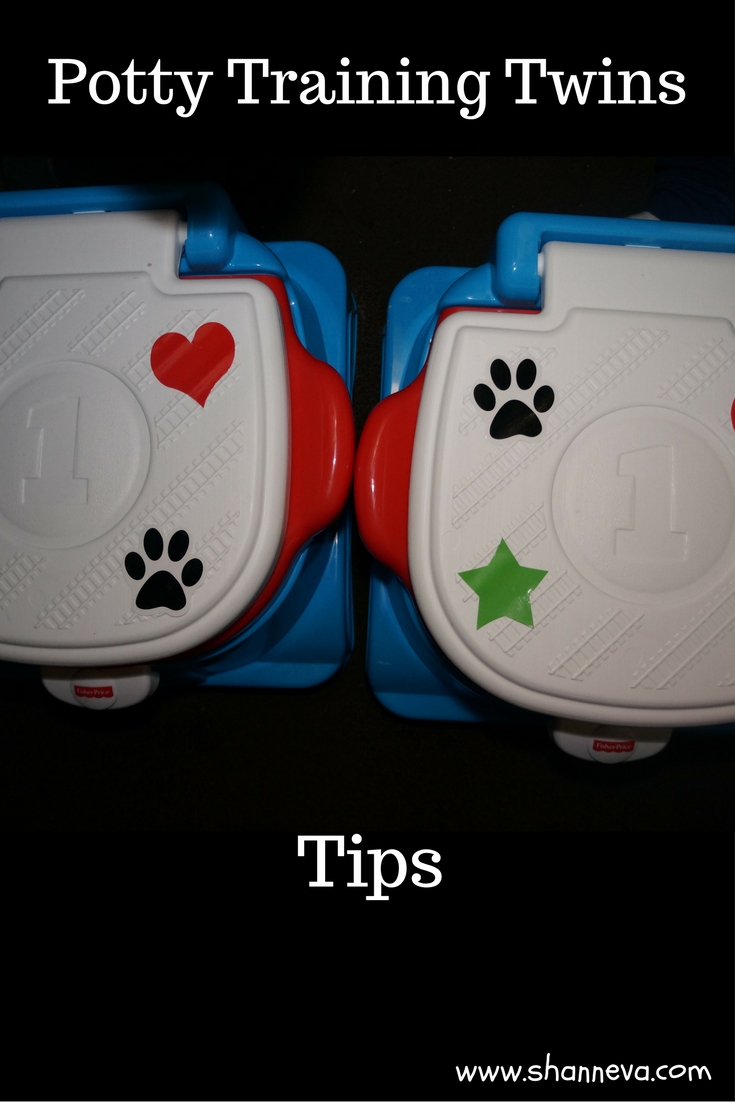 While I am no expert (at all!) here is a summary of what I learned from potty training twins. I hope it will help you. Even if you have the super easy task of just potty training one child at a time.

Totally kidding. It’s just as hard. Sort of. Not really.

And this is the most important…

I never thought we would get to the point we are at. Both boys now stand at the potty and pee. They do still wear pull-ups to preschool, but they are dry when they come home (most of the time.) We’re still working on going #2 in the potty because that seems to be scarier, but I now know that we will eventually get there.

Here are some supplies you may need for potty training twins or potty training anyone. They didn’t have our Thomas potty chairs available, but my boys would have LOVED this one…even if they wouldn’t pee in it. Remember, every child is different. Also, I’ve included my Amazon Affiliate links. Just click on the picture to be taken to the product. No additional cost to you. Please see Disclosure policy for more details.

The last one may be just for the moms. But, you’re potty training twins! You deserve it!

Potty training twins is really hard work, but you mamas can do it!

And seriously, I know that all potty training is hard work. Unless you have a girl.