There are so many reasons for a premature birth. From conditions in the mother to problems with the placenta, a baby may have to be delivered early. Sometimes, the reasons a woman’s body goes into labor early are unknown. It can be very difficult not to have those answers.

No matter what causes a premature birth, it is still a struggle for the entire family. The baby is fighting to survive, while the parents are wishing they could do anything and everything to help. Bringing that baby home seems so far away, but they have to hang on to that hope to get through each day, and even each hour.

I knew what ultimately caused my premature birth, but the actual day my twins were born was still a shock.  I had TTTS and SIUGR, both conditions of the placenta, but I’m not sure what made that particular day different from all the rest. I was hoping to make it a few more weeks at least, but it wasn’t meant to be. It was safer for my babies on the outside.

Today’s mother didn’t get any kind of advanced warning or indication that she would have a premature birth during her pregnancy. I don’t think either situation is more difficult, just different. All premature births are difficult. 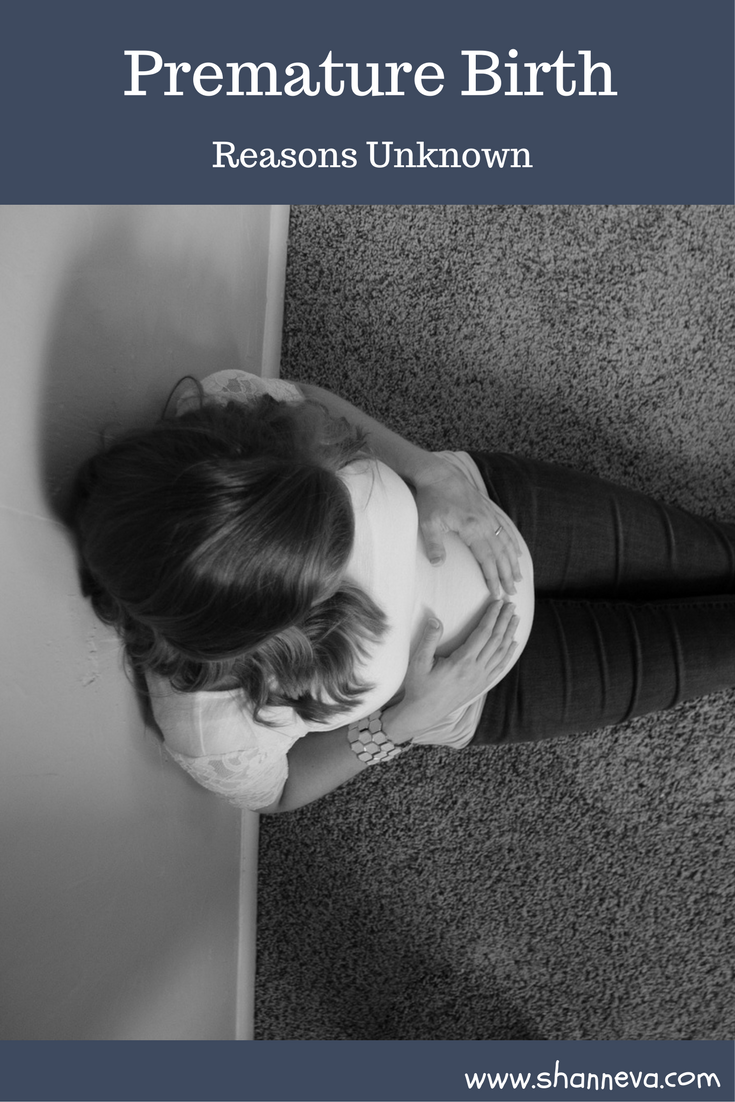 They also result in amazing fighters. Today, please meet Ezra, as told by his mom, Brenda. 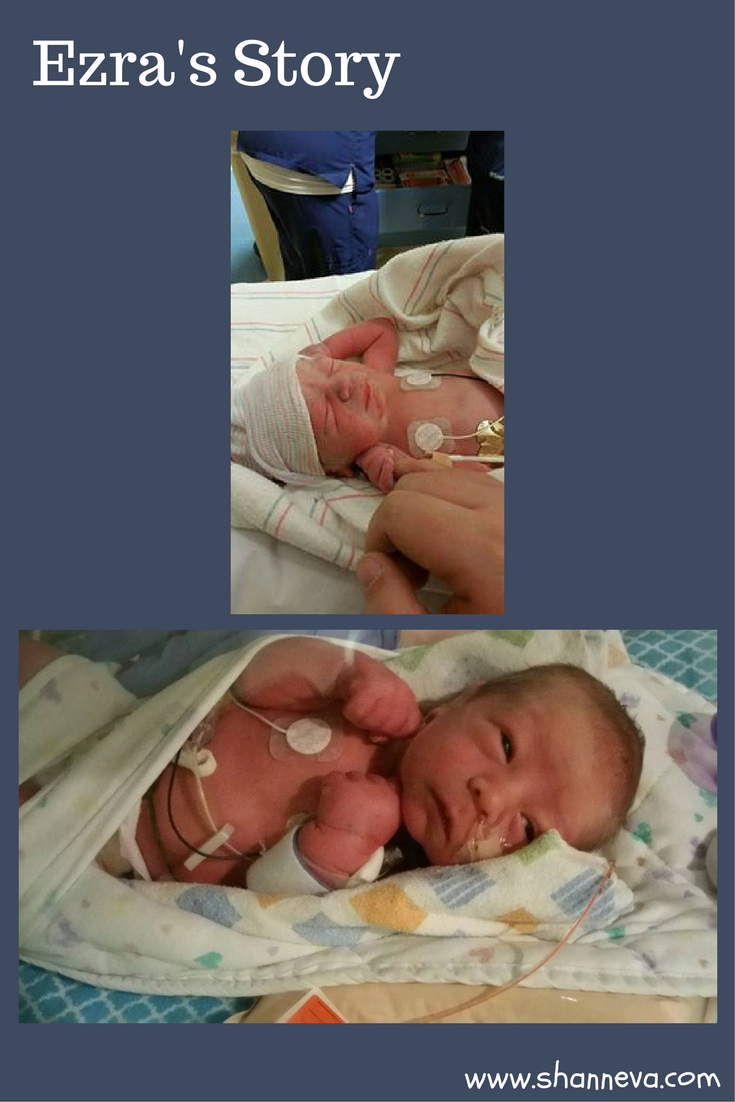 Ezra was born at 31 weeks 6 days at Banner Thunderbird in Phoenix, AZ. He weighed 4 lbs4 oz and was 16 in long.

My water broke at 31 weeks 2 days, and I was immediately given steroids for his lungs and magnesium to stop labor ( not fun stuff). The night before he was born, I kept feeling back pain,but thought it just was constipation, as nothing was showing on the monitor. The next morning it got worse, and I was found to be 4cm dilated.

Ezra was born at 12:18 pm on Superbowl Sunday and was perfect. He did not need any oxygen and was just adorable. 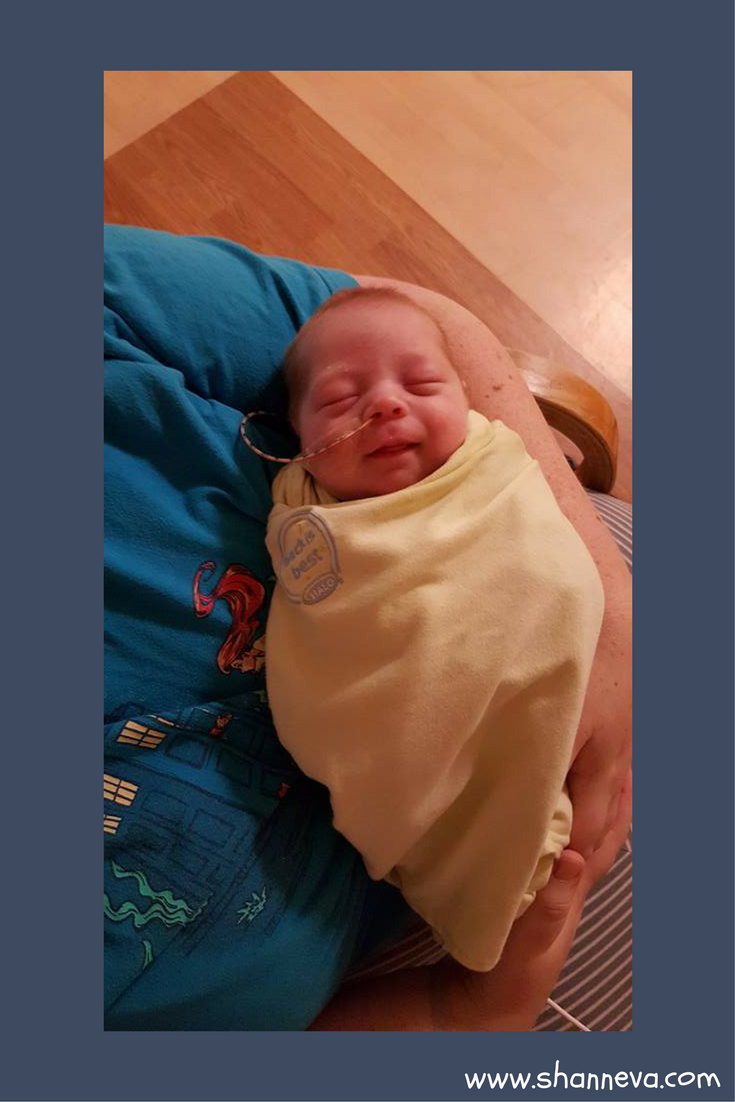 We were in the NICU for 45 days and was released the Tuesday before Easter.

The hardest parts were pumping and not being able to breastfeed. My milk never came in, so I never got to experience that.

Also, just a few days after finally getting our own room, he went back to the other section due to  bloody stool. Ezra wasn’t able to have food all weekend. Thankfully, it turned out to be nothing, and he was fine.

Another hard thing was just not being able to take him home and having to ask to hold him. 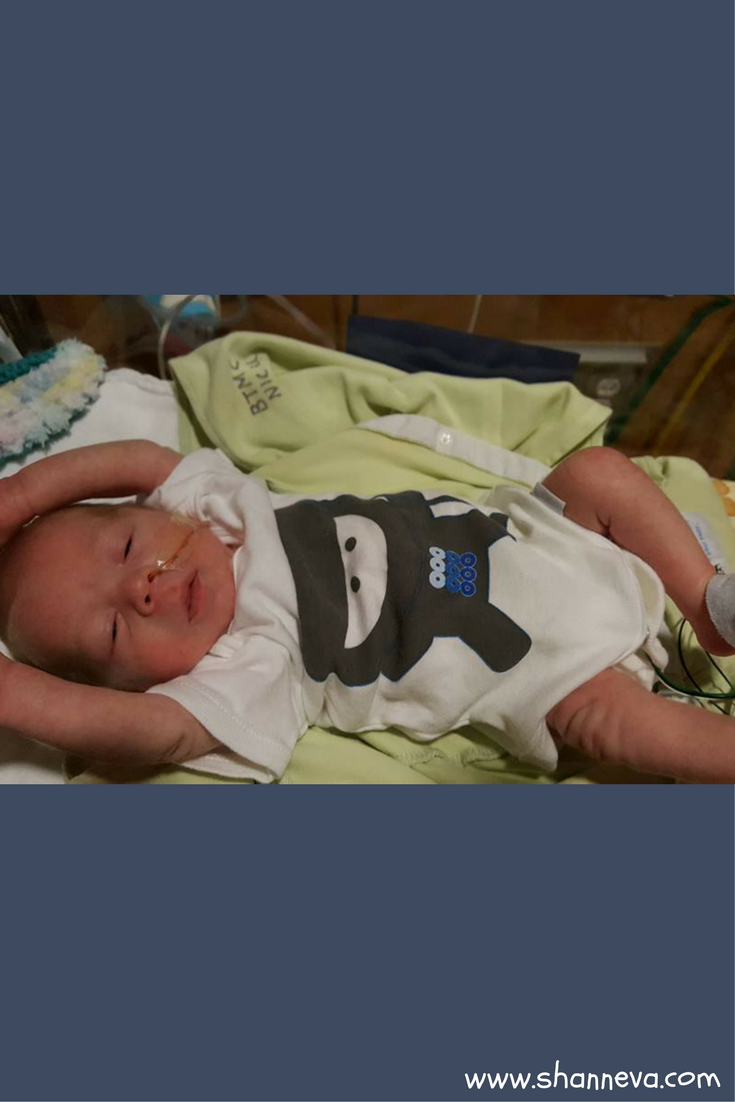 This was my first pregnancy, and I have no idea why my water broke early. I did have a low-lying placenta, but that was found corrected in January, when I went to Labor and Delivery for some bleeding.

4. How are you and Ezra doing now?

Ezra is now a healthy 15 months. He was 20 lbs and 30 inches at his last appointment on February 8th. He has another appointment today, so we’ll find out more current stats.   i also was pregnant but had a mc at 6 weeks. He also has 4 teeth and points to things.

Ezra also loves food. and has yet to not like anything we have given him.

On Thanksgiving, he started army crawling, and now is crawling with standing and climbing. He is walking a few steps, loves Mickey and his cars. He babbles and says mamma/ dada. 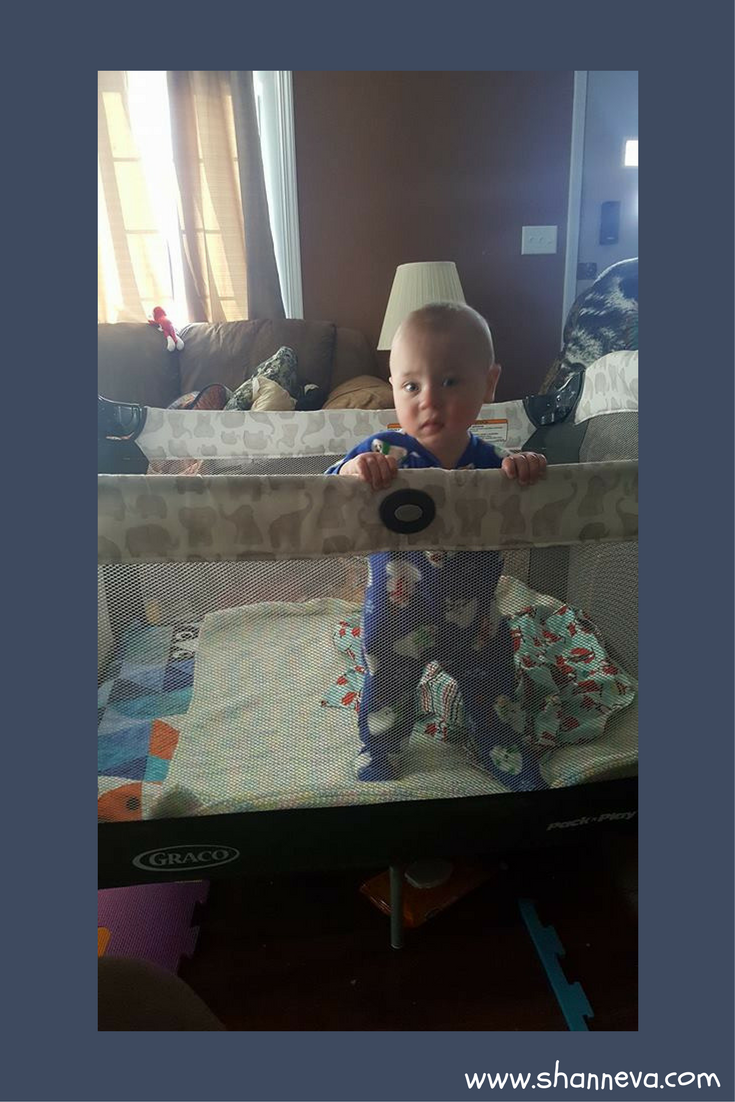 We moved to Ohio in October to be closer to my husband’s family, and things are going great. We used to do PT, but now we do not, and he seems to be on point.

I did get pregnant again, but had a miscarriage at 6 weeks. 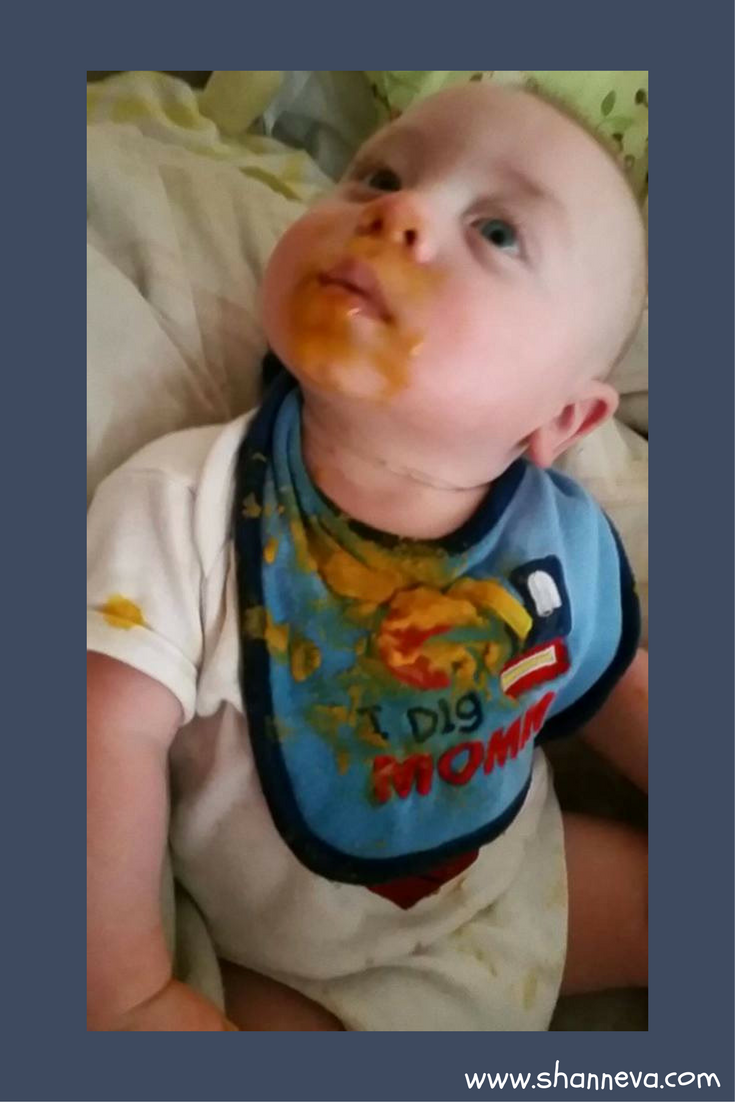 5. What advice do you have for any new Preemie Parents?

My advice is to take care of yourself while the baby is in the NICU. We lived about 10 mins away. When it was closer to him coming home, I spent time at home and did other things.

Also don’t say no to support and help. We had my mother-in law with us and friends who were a big help when we needed it.

I do wish I could have gone to a better LC, and also made friends with other families in the NICU. 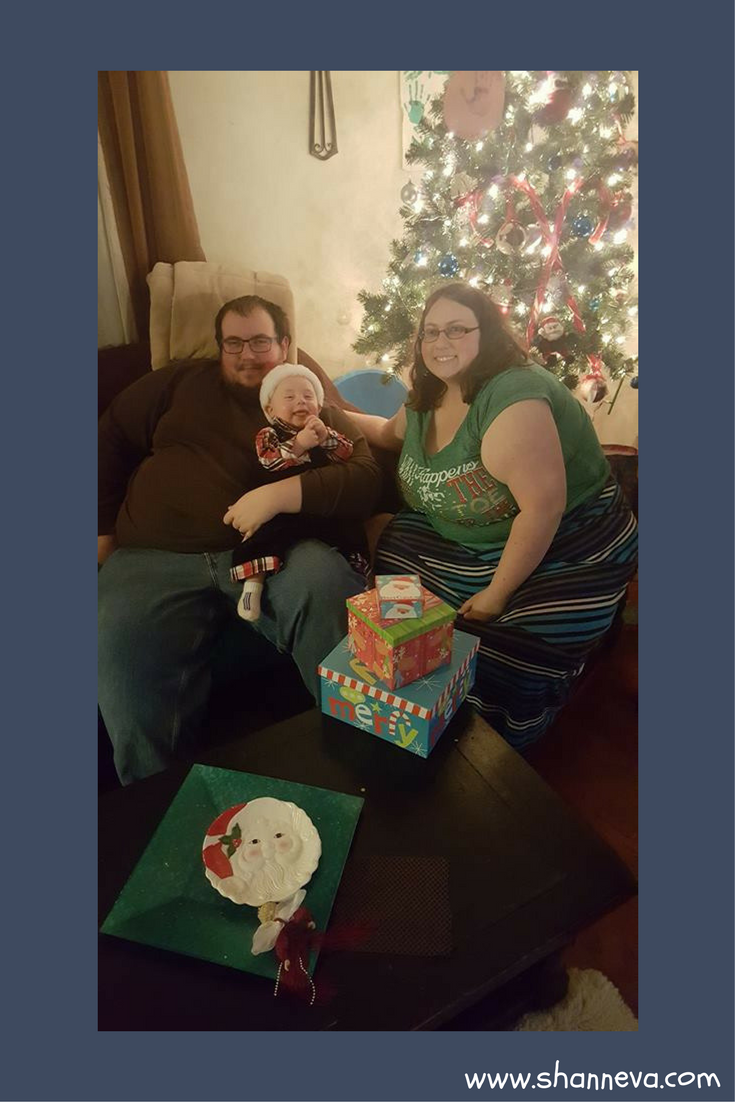 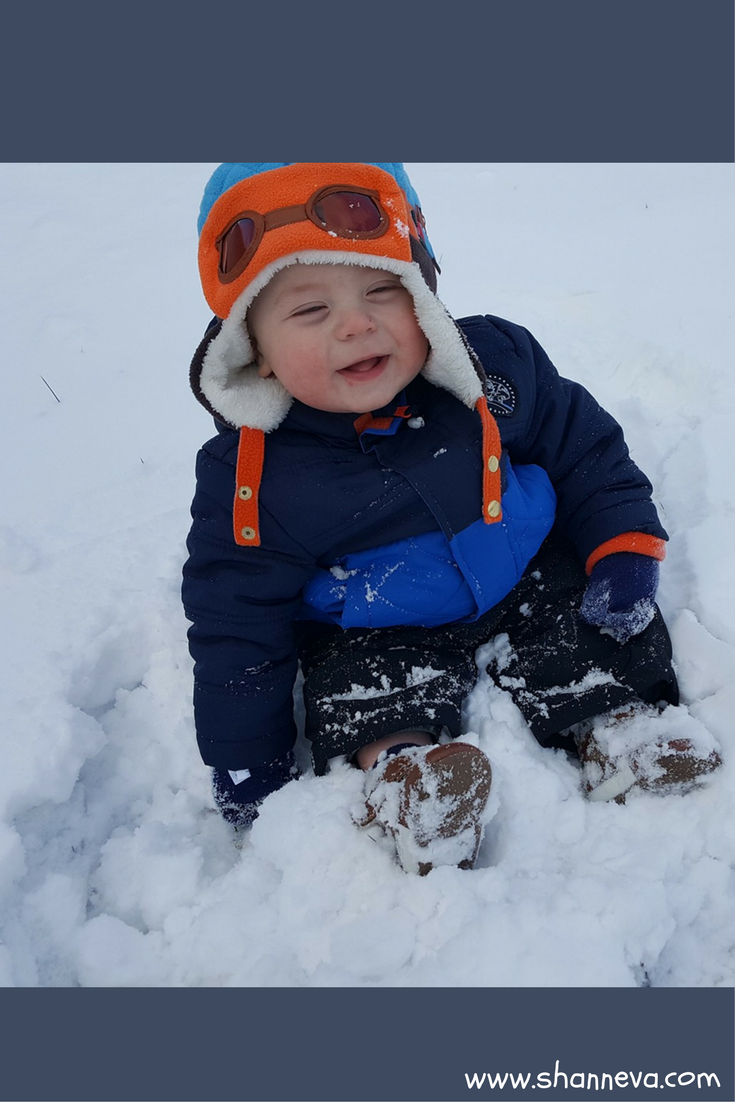 Thank you so much to Brenda for sharing sweet Ezra with us. Please leave any supportive comments or questions below. 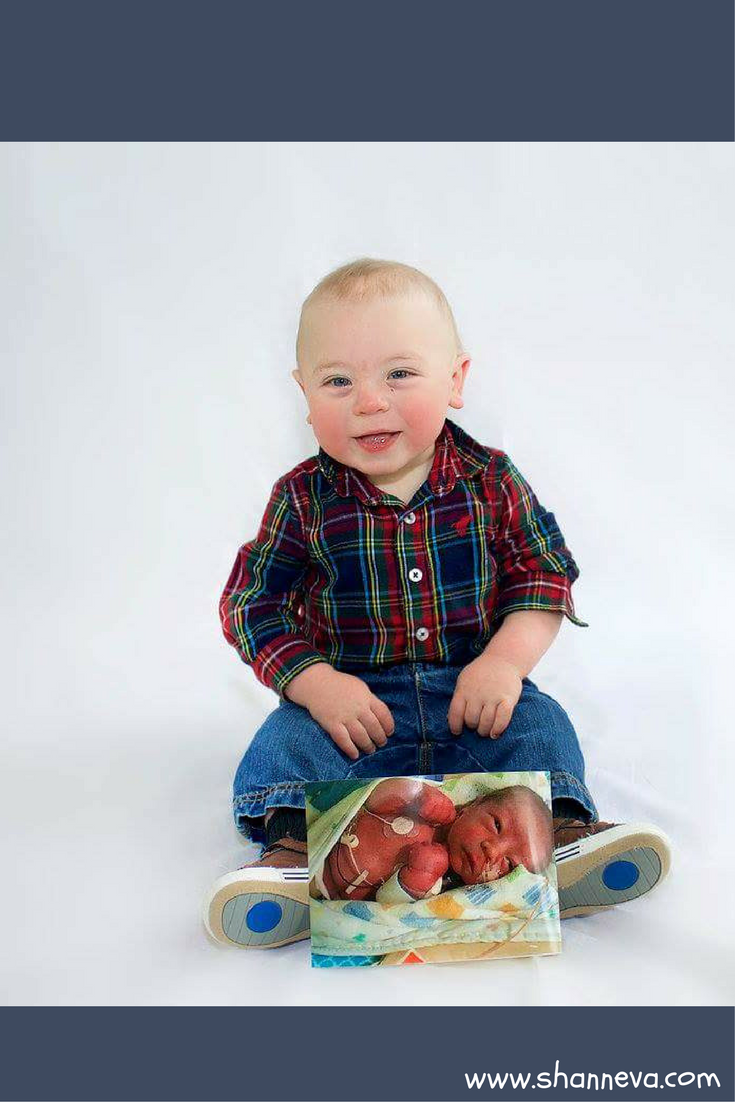