You are here: Home / Blog / Prince and that time I almost met Him

Prince was truly a great musician and innovator, and a huge part of my life growing up. While the shock of his death has worn off a little, it still leaves me so sad. I know I don’t normally comment on media topics or current events, but this death had an impact on me, and I also had a personal connection. So, it’s a little bit of a departure from my other posts, but I wanted to share. 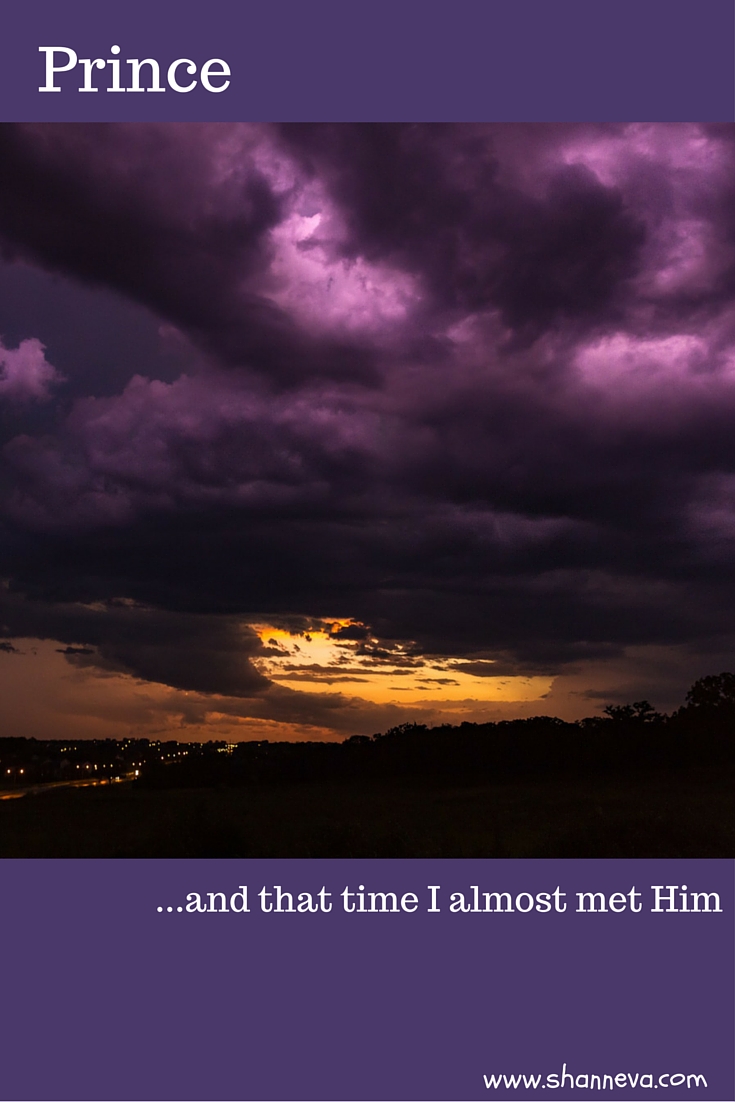 I have always loved music. While you know dance is a huge passion of mine, I also love music. I’m not very talented when it comes to playing any instruments, but I really like to sing. I was in Choir all through school, and then even took singing lessons after college briefly. I’m not afraid to dance on stage in front of lots of people, but singing in front of just one other person terrifies me. So, it was never my path to be a singer.

However, listening to music also just makes me happy. Since I was old enough, I would go to music concerts. Heck, even before I was old enough to drive myself, my parents would drop us off (or even sit through the concert too!)

I love all types of music, and since I love to dance, dance music is right there at the top of the list.

I was lucky enough to see Prince in concert, but it wasn’t until about 10 years ago. It was still amazing, and he played a lot of his older songs that I grew up listening too. But, that wasn’t my first experience listening to his music in concert.

Many years before, I went to see a Ballet done by the Joffrey Ballet, a Ballet Company out of Chicago. It was called Billboards, and it was all done to the music of Prince. To say it was amazing would be an understatement.

Each piece of choreography was gorgeous, with vibrant costumes, and, of course, the music. The way it all combined together to tell a story was just so moving.

There was one dance/song in particular that brought me to tears. It was done to Prince’s song called Sometimes It Snows in April, which I hadn’t heard before. It was so sad and beautiful…both the dance and the song…and it really meant something to me.

It reminded me of my best friend from high school, whose name was April. She was this tiny little girl, who was so smart, funny, and sweet. She cared so much for her family, friends, and animals including her dog Smokey, who never left her side at home. She lived with Lupus, which I didn’t really know anything about at the time. It also took her away from me during our Junior year.

Forever, that song, that dance, and her memory will always be intertwined.

During college, my best friend went to the University of Minnesota in Minneapolis. As I’m sure you know, that is where Prince is from, and the city could not be prouder. I was super excited when we check out his club First Ave, but even more excited when I learned he held private (well, not that private if we could go, but it seemed pretty exclusive at the time,) dance parties at his studio/home Paisley Park.

After driving around for what seemed like hours, we finally found it. My friend had been there the weekend before, but she didn’t drive that time. Plus, I think we were all so excited, a few wrong turns were inevitable.

We parked, and all rushed in. I remember a metal detector and a really large security guard, but I’m not sure if we had to pay or show ID. I guess I only remember the really cool parts of the night.

It actually wasn’t that crowded when we got into a the room where the dance party was held. I remember it being really dark, the music being loud, and lots of tall tables. My friend pointed out the small elevated space where the DJ was, and right next to him, was where Prince and his friends sat and watched the crowd. Honestly, I couldn’t really see him, but it was pretty amazing none-the-less.

We danced a lot, laughed a lot, and kept our eyes on that corner of the room. After a while, my friend’s boyfriend had to use the restroom, so we all went.

The next part was a bit of a blur. I remember waiting outside the bathrooms. Then, a this small man brushed by. Finally, the boyfriend came out.

“Prince was in the Bathroom! I saw Prince!” No wonder he had taken so long. I don’t remember the other details, but it was nothing weird or creepy. All I can remember is, that’s when it hit me that I had seen Prince too.  Darn! If only I had realized. How cool was it that he used the same bathrooms as the rest of us. Well, it was his house/studio/place, after all.

Although it was great, I will forever remember that brush with greatness.

I hope my friend April now gets to enjoy Prince and his music, wherever they are. You will both be greatly missed.