Today’s Micro Preemie Monday story is a little different. Not only did this sweet preemie have to fight to survive an early birth, and all the complications that come with that, but it is now known that he is also fighting a rare genetic disorder.
His mother, Jenevieve, reached out to me in order to share her son Matthew’s story. It is such a rare genetic disorder that spreading awareness is so very important. Not only might it help Matthew, but any others out there that might have this disorder. It is very hard to diagnose, so we’re hoping this will help others who are struggling.
Please meet Matthew, as told by his Mother, Jenevieve. 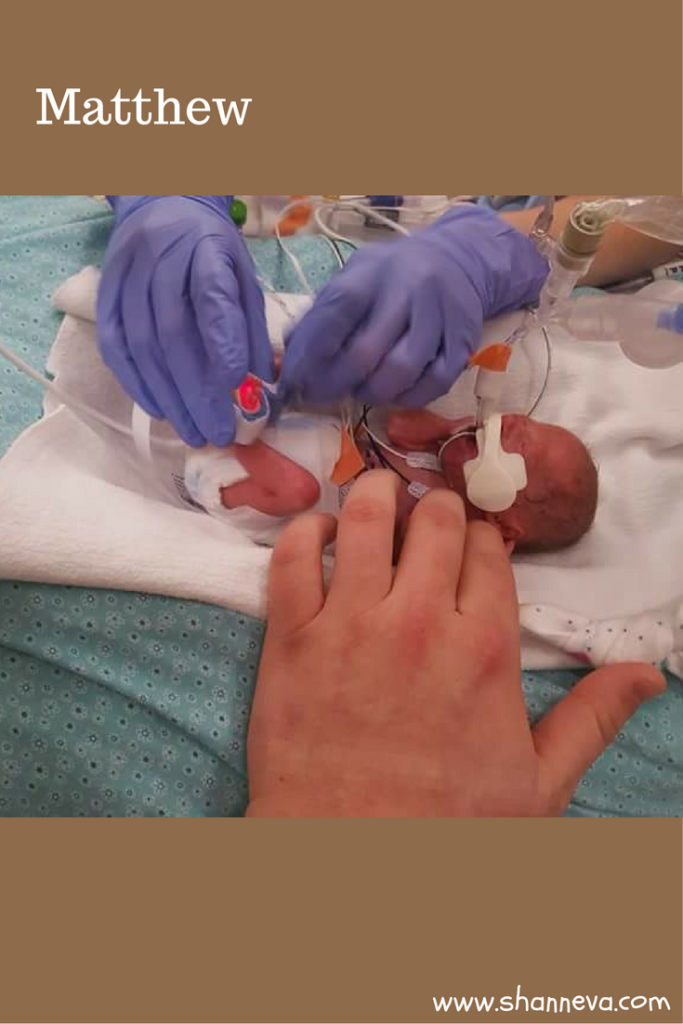 Matthew was born March 15, 2016, in Louisville KY. At 28 weeks gestation, weighing only 1 lb 2 oz  (500 g) and 10 1/2 inches long. He was severely IUGR.
During Matthew’s 98 day NICU stay, we had a lot of up and downs. A lot of close calls and bad days. We lost count of blood transfusions needed.  He had seven hour surgery at only two pounds. Matthew never gave up, and he kept fighting.
But, the hospital could not figure out why they could not get Matthew to grow as expected. They ran test after test and lab after lab. His diet needs were changed to a very high calorie diet, but he was still very far behind.
He took his first bottle at two pounds. In a big boy bed at two pounds, he was finally able to take baths. Doctors were not sure what was going on. Even though they were very nervous to send Matthew home under 3 lbs in a car bed, they knew it was the best choice for Matthew because of what they found.
Before our discharge, they told us that Matthew’s brain had quit growing and Matthew would not be expected to live very long and with ” no value of life”.  Matthew was having non-clinical seizures in his brain. We were crushed and could not understand. Our baby was doing everything he should have, but he was just small!  How would we tell his two older brothers!! 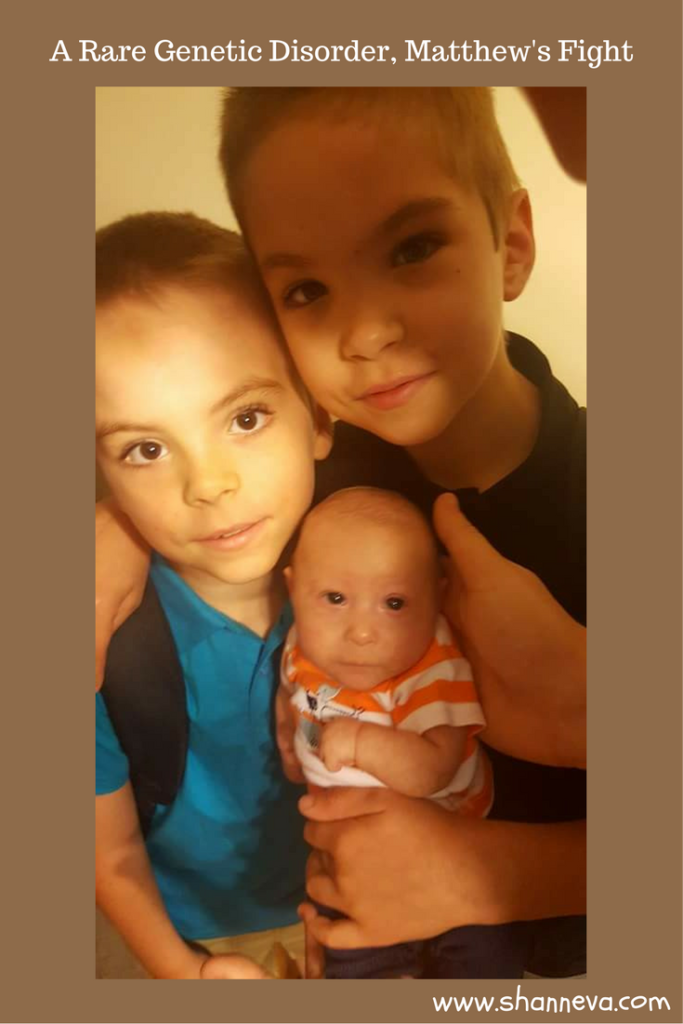 Discharge and a Diagnosis

Upon discharge, the doctors had a children’s hospice group contact us to be there for us with our child. We were ready to make our shortened time with our son the best. We would not know that when we went to sleep, if my son would still be with us in the morning.
Two and half LONG months, we finally received a phone call regarding one of Matthew’s tests that just came in. We had a diagnosis!!!
Matthew was diagnosed with MOPDII, a very rare form of Primordial Dwarfism. This rare genetic disorder is only to be known to affect 50 children/adults in the world.
We could not believe we had some type of news, but it left us with a lot of questions. Of course Google didn’t have much with such a rare disorder. Our doctors here in KY immediately requested we go to Delaware to see a doctor that founded the name and group for these children and adults.

With Matthew at six months old, we were finally going to learn about our baby. We really knew nothing about him. We went to Delaware for a week, found a lot of interesting information on Matthew, but at the same time got terrible news once again.
Matthew had already had 3 strokes that showed on his brain. This meant that Matthew desperately needed to go to California. He had the start of a really rare brain diagnosis called Moya Moya disease. This means the blood vessels in his head that go to his brain are narrowing and closing off. This causes lack of blood flow to the brain, which in turn causes strokes. The only doctor in the United States that can perform the life-saving surgery Matthew needs is at Stanford University.
We have his surgeries scheduled in October and then another the first week of November. His father and I are missing a lot of work due to travel to provide Matthew with his only options and life saving medical care. Matthew is almost 7 months now weighing 3 lbs 11 oz and 15 inches long. He is mistaken for a baby doll everyday.

You can continue to follow along on Matthew’s Journey on his FB page by clicking HERE. His family has also set up a Go Fund Me Page to help with Travel and Medical Expenses, which can be found HERE. 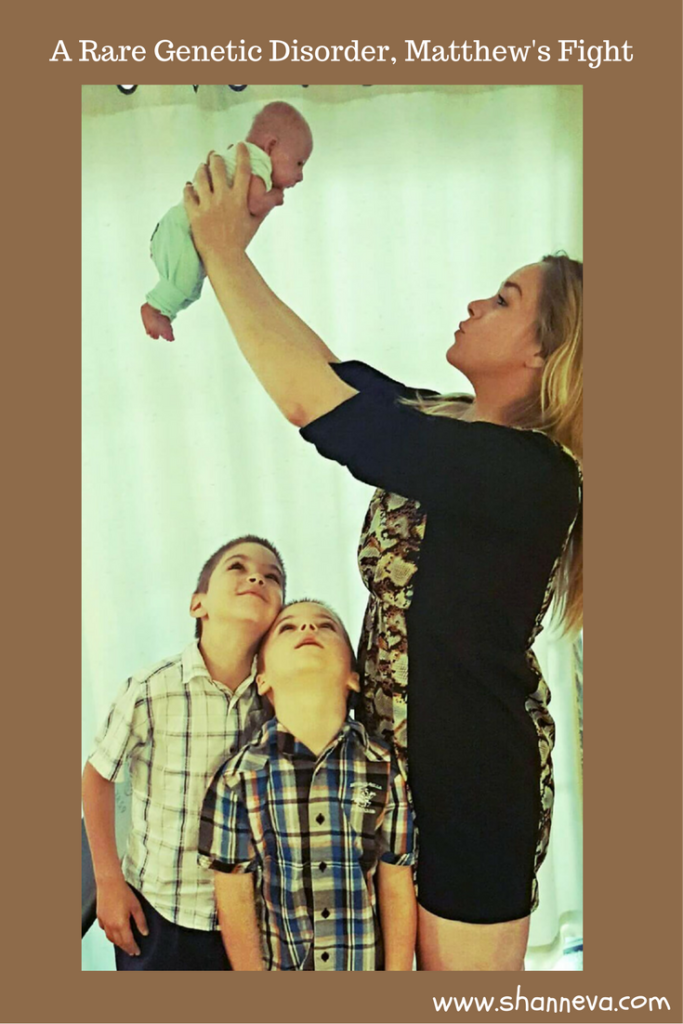 I will also continue to update you on his progress, here on the blog.
Thank you so much to Jenevieve for sharing precious Matthew with us. Please leave any supportive comments for him and his entire family below.