With my son starting kindergarten this year, I knew there would be a lot of new stuff, but I didn’t realize there would be so many changes for our family. It has really been an adjustment. I know it’s only 3 weeks in, but I wanted to share the things that we have gone through for other parents who will be experiencing this soon enough. 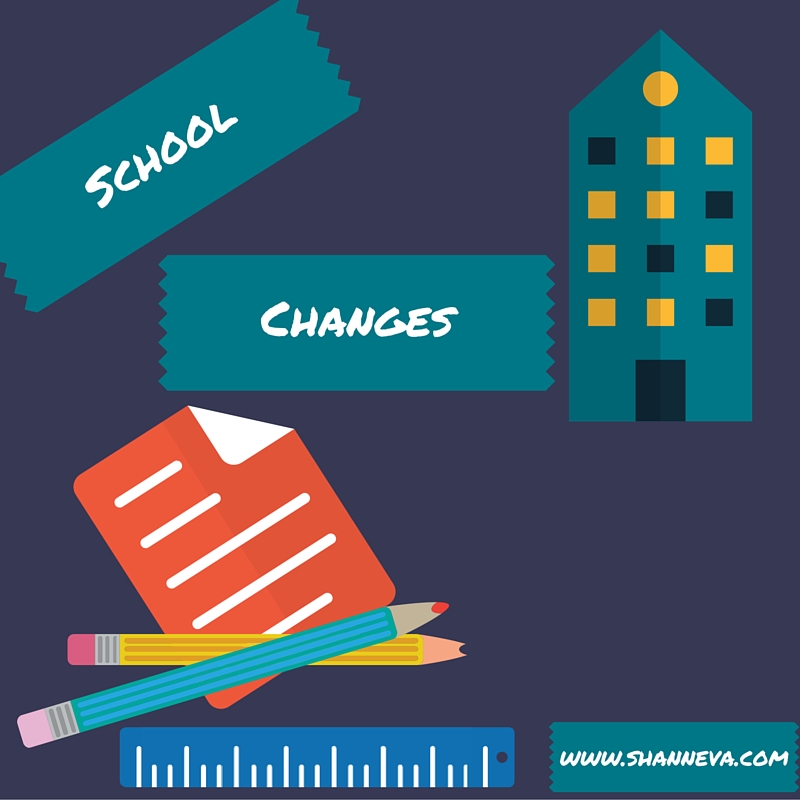 This one may seem like a given, but there are a lot of things that go along with school. It started with an informational meeting last Spring, followed by an Orientation in May, a summer readiness program, and finally meeting the teacher the night before classes started. Tonight, we had a parent information night, next week, there’s an Ice Cream Social, plus there are field trips, conferences, and parties. That’s not even including clubs that you can also sign up for. Did I mention we’re only in Kindergarten?

When talking to my son’s teachers tonight, I felt so proud, but also confused. They told me how creative and bright he is, which is awesome, but then they told me how polite he is. Wait. What? Not that he’s a bad kid at home, it’s just that I think he must use up all his nice, sweet behavior at school. Then, when he is home he just lets loose. I know this is normal and will even out, but right now, it’s a little frustrating.  He tests limits, is loud, and is very rough with his brothers. When he does settle down, he sometimes is sad, telling me how much he misses me during the day. He also doesn’t want to miss out on anything me and his brothers do while he is gone. Believe me, you’re not missing anything fun!

I think another reason for his behavior when he gets home is that he is exhausted. He uses up a lot of energy during the day. He’s not used to being away from home for 8 hours yet, and spending most of that time learning new things. We used to struggle to get him to go to bed by 9 pm most nights. Since school started, 8:30 pm is the latest he’s ever still awake. He doesn’t argue or fight anymore; he is just ready for bed.

As for eating, well, he’s never been a huge eater. However,  now I’m not around during the day to monitor, so he’s eating even less. He often brings home part of his snack and lunch. He does buy milk every day, so at least I know he’s drinking something good. Luckily, he does eat when he gets home now. He will have a snack and a couple of glasses of milk when he gets home, and he’s even been finishing his dinner. So, I guess he’s still getting what he needs, just at different times.

As you know as a reader of the blog, our family has joined a gym. Now, when my oldest gets on the bus, I get the twins dressed and we head off to the gym for an hour or so. We then eat lunch, try for naps, and play for a while until my son gets back home.

In some ways it’s easier because I only have 2 kids to watch, entertain, and chase after, but my oldest did help out sometimes. Plus, I think the twins miss their older brother. I know I miss him. He was always trying to cuddle with them on the couch or trying to settle fights. I think the best was when they all tried to cram onto my lap to read stories.

I guess we’ll just have to make the most of the weekends when we are all together.

Not only does my son get to make all new friends in his kindergarten class, but I’m hopeful that we will make new friends too. I’d love to connect with other families or even just have play dates outside of school, once things are more routine.

My son’s birthday is coming up, and I have no idea who to invite to his party. He has 25 kids in his class, so that is just too many. However, he doesn’t really have any super close friends yet because it’s so early in the year. Maybe one more friends and neighbors party until we get a little better established with the school crowd.

I am trying to get as involved as possible to make those connections, though. I’m going to be helping in his art class, and going on his first field trip. I know there are other parents going along, so hopefully I can get to know a few.

I knew kindergarten would be a huge change for my son, but I didn’t realize it would impact us all so much. I also know that change is good, we just all need time to get used to everything. What were your biggest challenges when your kids first started school? Or, if you’re not there yet, what are you most concerned with?

Don’t worry. I won’t leave you hanging. I will update you on our progress in a month or so.