Speaking for the MOD

The boys were all pretty excited to go. The twins had never been to any kind of big sporting event before, and Mr. B has only gone to a handful, including the game last year. Big C didn’t really understand as I was explaining, and thought he got to play hockey. Oh well. I was sure we’d still have fun. Plus, Grandma and Grandpa were coming to help out. Hooray!

Little did I know how eventful our night would be. 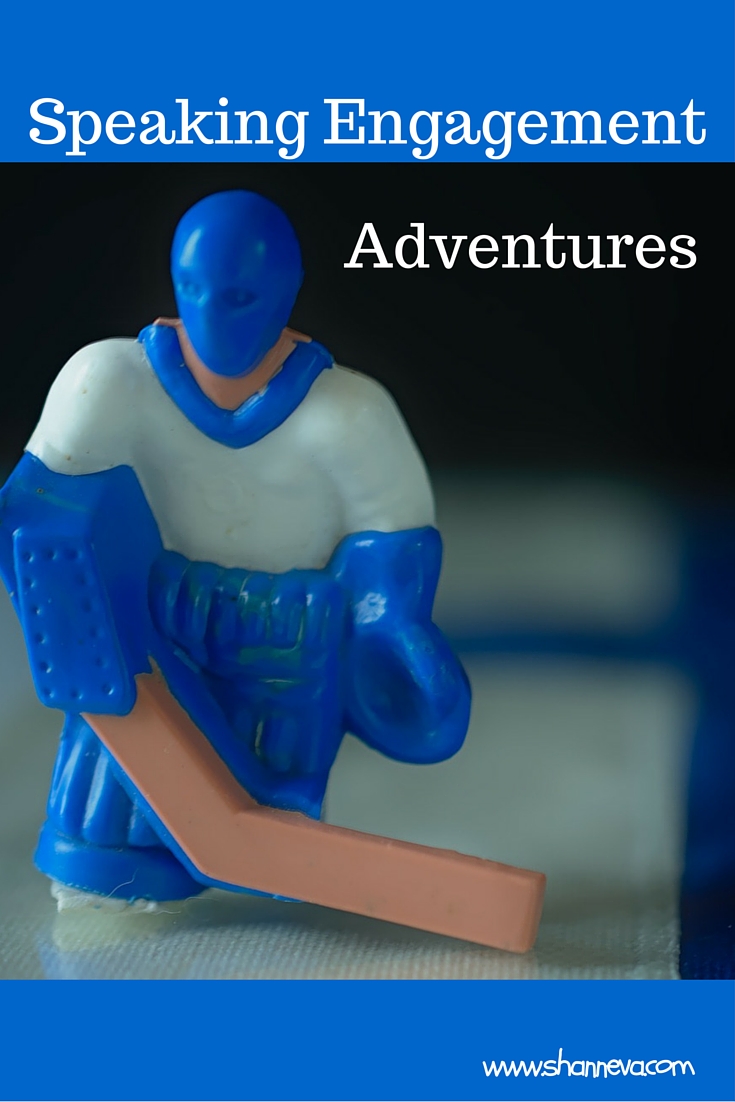 We left with plenty of time, and decided not to drive around, but just park in the structure. The boys enjoyed pushing the elevator button, but didn’t really know what to make of all the people in their fan gear.

Since it was a little cold out, the boys went inside with Grandma and Grandpa, while I picked up our tickets at Will Call. Then, it was through the turnstiles, up the escalator (another highlight,) and off to our seats. We timed it pretty well because there were a few pregame happenings on the ice, then the lights turned out and the music went on for the players to come out. The boys were all captivated.

Big C sat on Grandpa’s lap, Mr. B in between Grandma and Grandpa, and Little P on my lap. They were all doing really great. The action on the hockey floor was keeping them entertained, and soon it was time to go speak.

We headed down below with about 10 minutes left in the first period. Big C was excited because now he would get to at least be close to the ice, even if he didn’t get to actually play hockey. We waited on the side for the players to come off the ice, and they prepped us on what was going to happen. There would be three questions by one of the announcers, and me and my husband would take turns answering.

I was too busy keeping the twins from getting trampled by a hockey player  to get nervous until right before. We stood right in the players box, with the boys standing on the bench behind us. All of us were up on the Jumbotron from millions to see (Ok. Actually thousands, but it felt like millions!)

I told everyone how grateful we were for the March of Dimes research on premature birth, especially the development of surfactants, which helped our boys lungs develop. My husband told everyone how they could March for Babies, and I told them how they can help the March of Dimes too (Hint…Donate or sign up to March for Babies HERE!) The boys all made silly faces, climbed on our backs, and watched themselves on the huge screens. I really wish we would have had someone take a picture.

Afterwards, we even ran into one of our friends from the gym who was so happy to see the twins on the Jumbotron.

We promised the boys popcorn and lemonade after we were done speaking, so my husband went and stood in line, and I got the boys back to the seats with Grandma and Grandpa. I then went back and helped him carry everything. 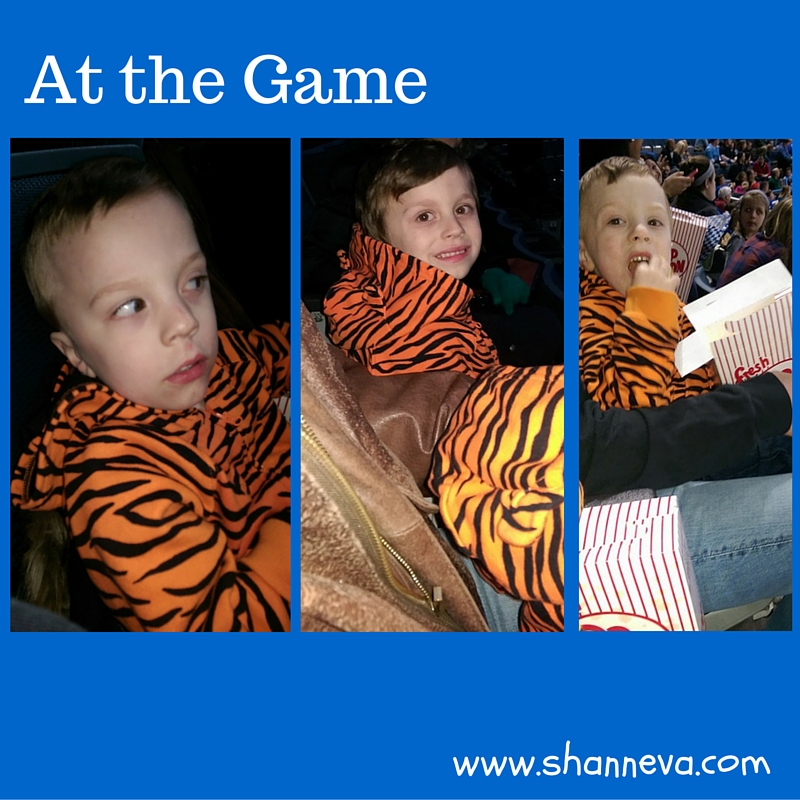 Each boy had their own popcorn and pink lemonade, and everything was right in the World. Until it wasn’t.

Big C had been drinking a lot of the lemonade, and was eating some popcorn, when he got a little bit stuck in his throat. Well, he, like my husband, apparently has a pretty strong gag reflex, so he proceeded to throw up all over me, and I attempted to pat his back.

My pants were pretty soaked, and the people in front of us looked horrified. Luckily, it only got on me and the floor. So, my husband went to get napkins, and Big C started crying. He had never thrown up before, so he was confused, scared, and probably upset he lost all his lemonade. I snuggled him to me, and he threw up some more.

At this point, all I could do was laugh. My hair, top, pants, and jacket were covered. I was soaked from head to toe. The girl behind us was starting to gag, so I knew we had to get out of there and get someone to clean it up fast.

My husband came back with the napkins, took one look at me, and realized we were leaving. I carried Big C, my husband carried little P, and my parents took Mr. B. Luckily, there was an usher who got someone down to our seats to clean up ASAP. Although, probably not fast enough for the people around us. (If by any chance you are reading this, I’m so sorry!)

I really didn’t know what to do. My husband asked if I wanted to go to the bathroom and clean up, but I had nothing else to wear and I was really soaked. I used a few paper towels, took off my shirt, and just put my jacket on, which was the driest thing. I borrowed a barrette from my mom to at least get my hair out of my face, and we got the heck out of there.

Poor Mr. B wanted to see the Zamboni, so luckily Grandma and Grandpa drove separately, and they stayed to watch it.

A shower hasn’t felt that good in a long time.

Big C was fine. Probably a little traumatized, but fine.

I was just happy all the “excitement” happened after our speaking engagement and not before.