Pregnancy can happen in so many different ways. Some people plan, while others are unexpected. Some women know they are pregnant even before they take a test, while others don’t experience any symptoms. Can you imagine going to the doctor for an illness, and instead having a surprise pregnancy? 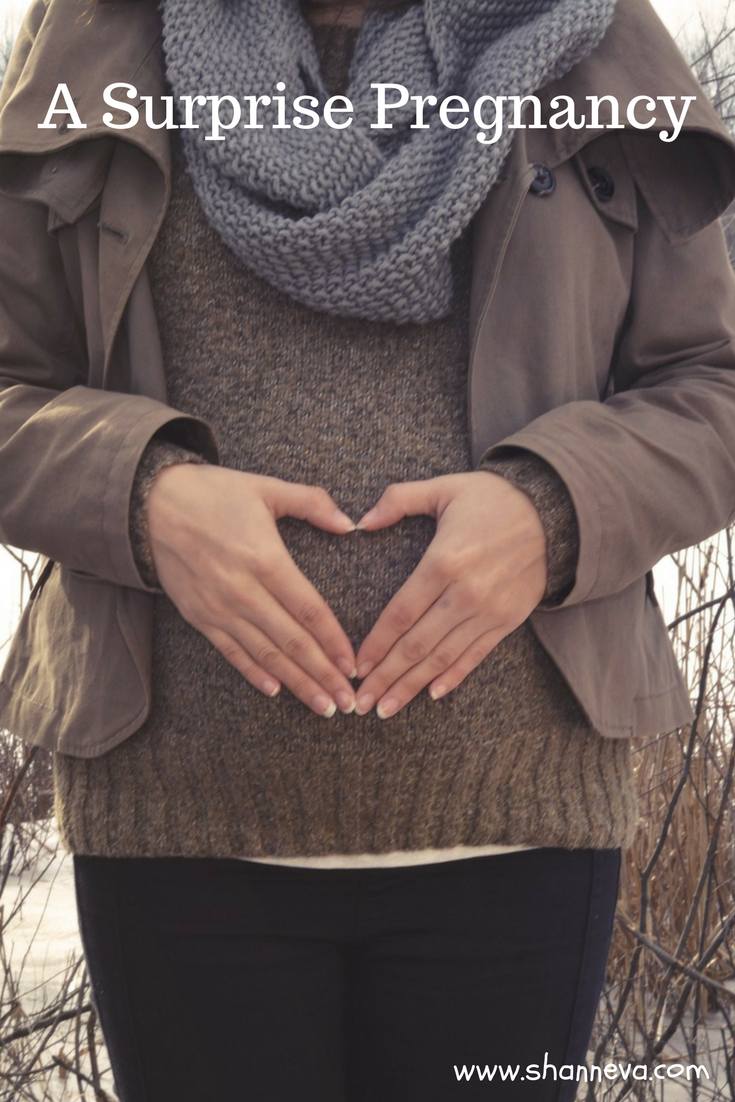 Today’s micro preemie was a surprise pregnancy to her parents Taylor and Adam, as you’ll read about below.

This beautiful baby is still fighting in the NICU, and I am so happy to be able to share her story with you, as told by her mom, Taylor. 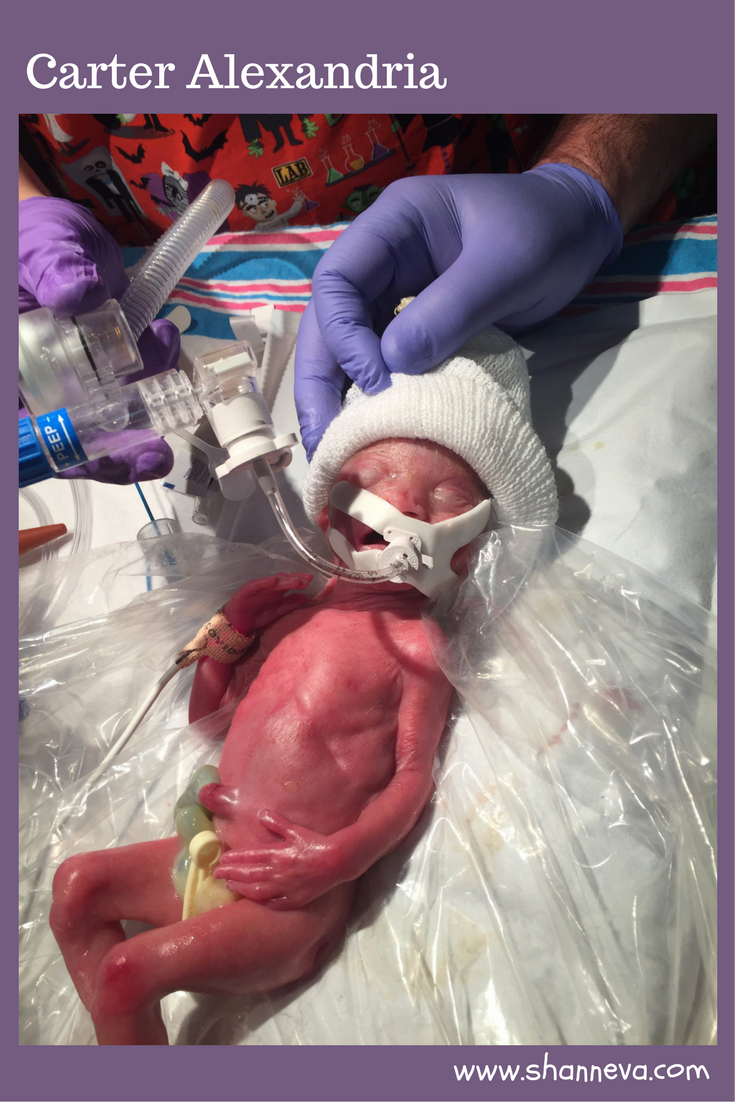 My daughter’s first name is Carter. It seemed like every name we picked either no one liked it, or it brought up past memories. So, one day my mom handed me a coupon to Carters, and jokingly I asked what about naming her Carter? Surprisingly everyone liked it.

Ultimately, we named her Carter Alexandria because my grandfather is extremely sick, and he loved it, so we went with it. We found out about her September 22 at the hospital because I thought I had a UTI.

I went to my first appointment October 10, and I was rushed to the hospital. When they did my pap smear, my amniotic sac was exposed and coming out. We found out that I was 23 weeks pregnant with a little girl. I had an emergency cerclage placed and I was on bedrest laying head down in a bed. The next day they examined me, and the sac was coming back out so they placed another for cerclage in. Two days later I went home.

I didn’t know it but my water had broken, but it leaked out. She was inside with no amniotic fluid for a few days. I went to the hospital and at 4:01 in the morning the day she turned 24 weeks she was born at 1 pound and 7 ounces and 13 inches long. 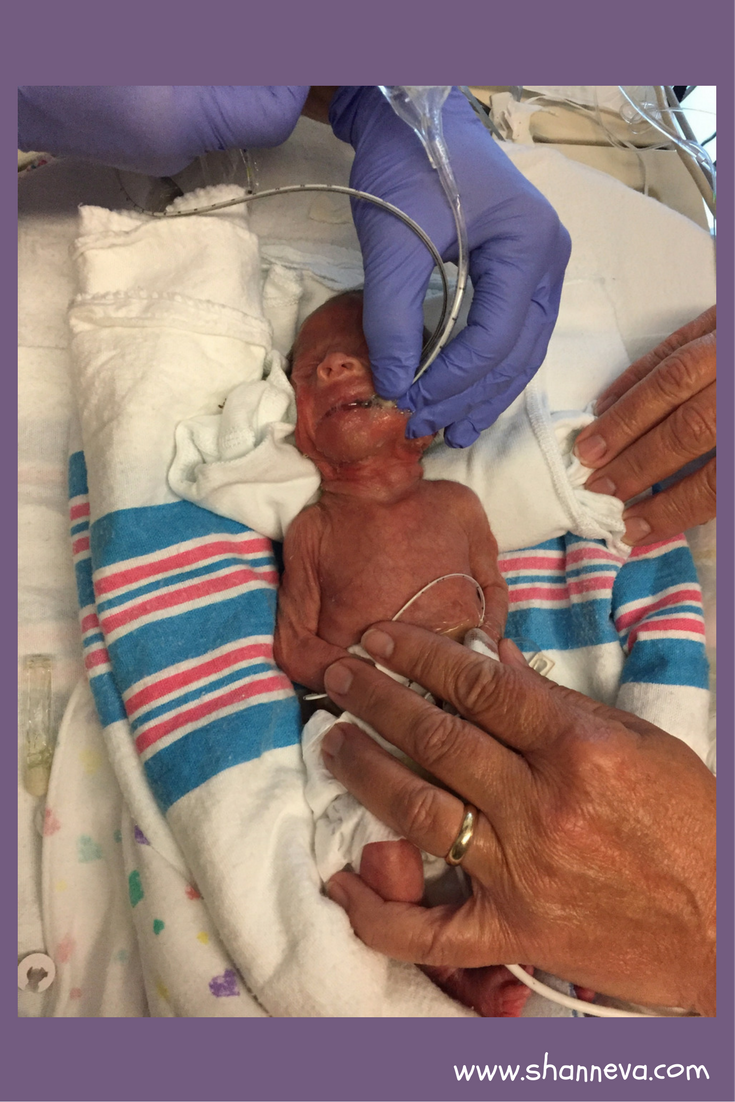 We are still currently in the NICU until probably mid January. Her due date isn’t until January 30th.

The hardest part was definitely leaving her at night, especially the first couple weeks. It’s never really gotten easier, but I know that she is in great hands so I’ve come to terms with that.

Also, her not being with our family on Christmas was really hard like it was for everyone else I’m sure.

When they extubated her for the first time, she aspirated and got double pneumonia. Her right upper lobe of her lung collapsed. She went from being on the lowest setting on the Nava machine back on Oscillator with nitric oxide. She is currently on low flow at .08 L. 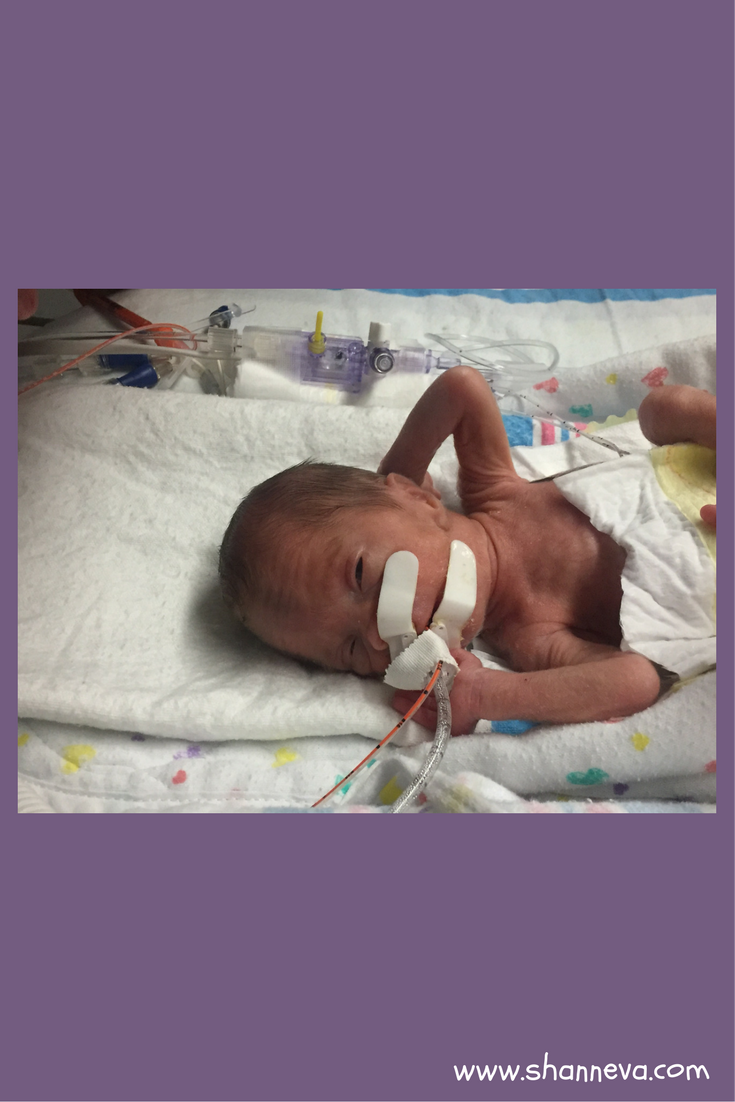 She was my first child, and I did not know I was pregnant until I was 22 weeks along.

I had lost 30 pounds and never craved anything, so I did not know that I was pregnant. My monthly cycle has always been messed up since I was a child, so that was never a real indicator either.

The doctors told me that I had a weak cervix, and that they can’t be 100% sure that’s what caused it, but it certainly didn’t help. If I would have known that I was pregnant like most people do, then I would’ve had regular appointments. They would have caught my cervix being weak sooner, and they would’ve done the emergency cerclages as normal cerclages. Maybe she would have been full term. 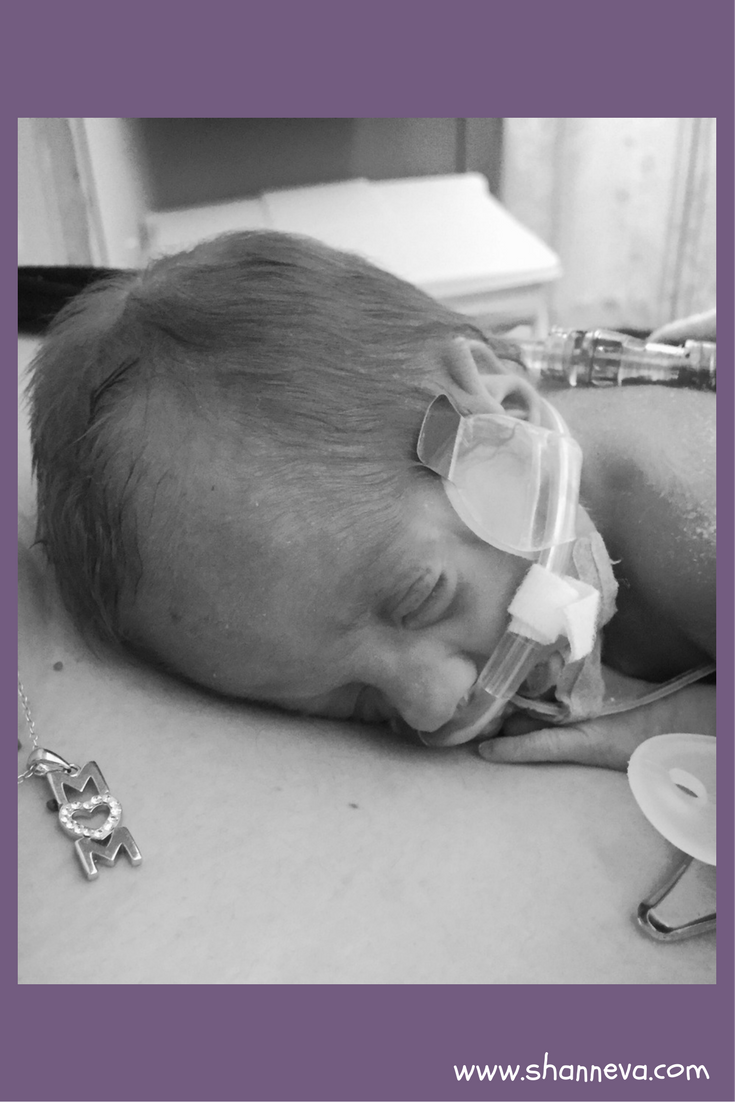 I’m doing good, but I’m just ready for her to come home, as well as her dad.

Carter has had a pretty good NICU stay so far. Like I said earlier, she had double pneumonia and a collapsed lung.

A week ago she had Avastin injections (a treatment for Retinopathy of Prematurity, ROP) in both eyes. Our ophthalmologist at the hospital said that her eyes are not getting any worse, but as of right now they’re not getting any better. A doctor from the neighboring town will be coming to check her eyes because he is the one that did the injections in the first place. She may need more Avastin injections, but as of right now they aren’t sure. 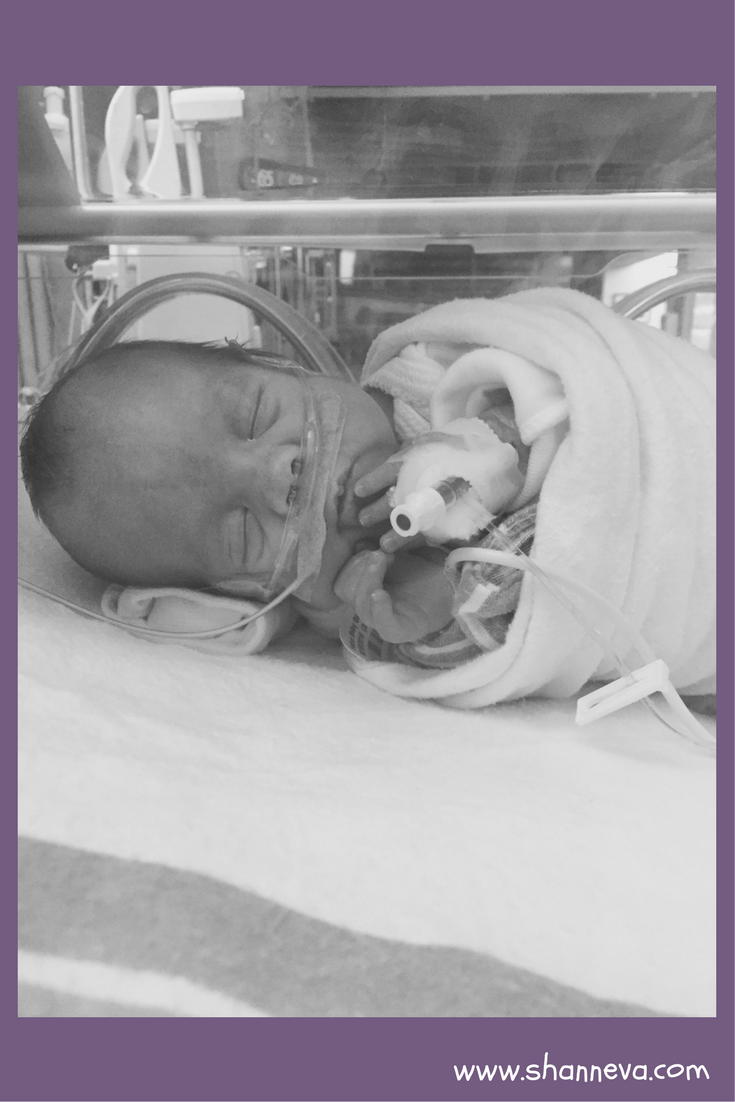 Never ever, ever feel like you have no say so in what goes on in your child’s life. You are the child’s mother or father, and they are the caregivers. If you have questions about what they’re doing, or want an explanation, and they give it to you and you still don’t understand it, demand that they explain it to you better.

You are your child’s voice. You know what they need more than anyone else. If you don’t agree with something, speak up. 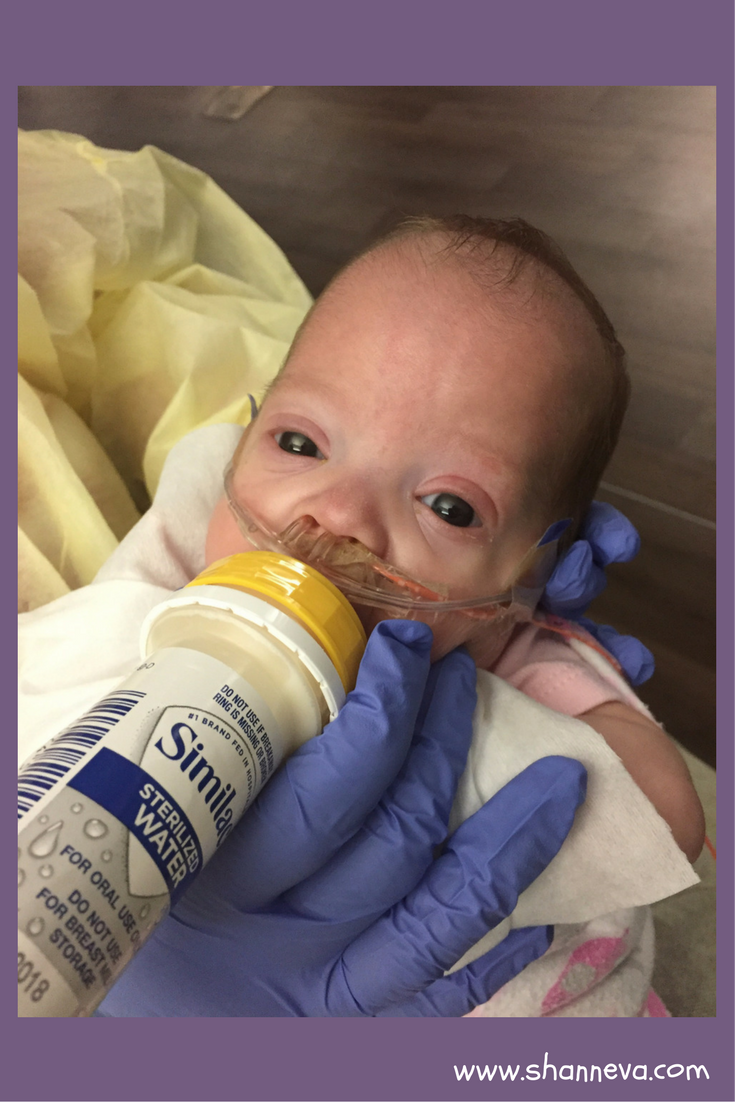 That is such great advice from Taylor. You are truly your baby’s best advocate.

Please leave any supportive comments or questions for Taylor, Adam, and Carter. Thank you for sharing your surprise pregnancy and beautiful story, and I hope that the rest of Carter’s NICU stay is uneventful. I will update you as soon as she’s home.