You are here: Home / Blog / TORUK, a performance by Cirque Du Soleil

*I was given free tickets to the performance in exchange for my honest review. All opinions are my own.

Last night, we were lucky enough to attend opening night of TORUK – The First Flight by Cirque Du Soleil. TORUK is a performance based on the movie Avatar by James Cameron.

I’m going to be super honest with you. I remember seeing Avatar, and I remember the blue people, but that’s about it. It was a long time ago, and I’ve had three kids, so you must understand. I’ve also never seen Cirque Du Soleil live before. I’ve seen a little on TV, but again, remember “mommy brain.” So, basically, I wasn’t too sure what to expect from the show.

I have to say I was definitely impressed. 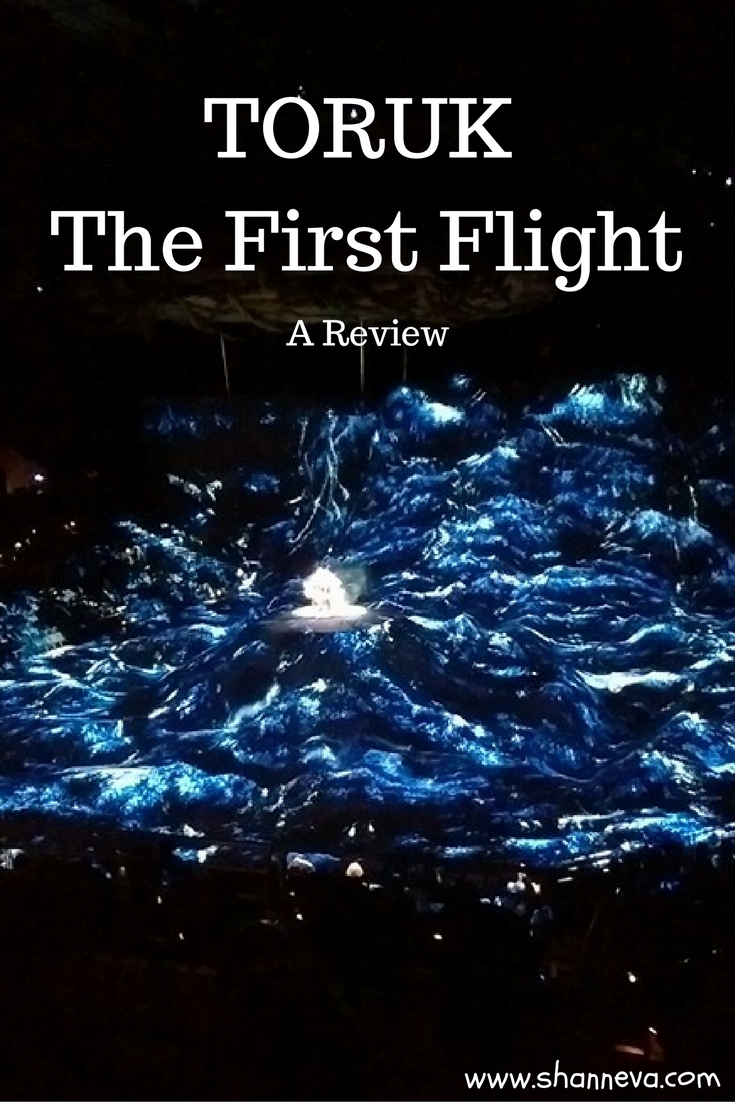 Even though it was a school night, I decided to take Mr. B to see the show. We went with our friends/neighbors, who also have a boy Mr. B’s age. So, it was a little “mommy and me” double date.

When we entered the theater, it was already dark to create the feel of being on Pandora, the magical World. They also announced that there was an app that you could download on your phone to enhance your experience. I’m not so good with apps on my phone, so I sat that one out.

To begin, there was a narrator who guides you through the story, as the Na’Vi (blue people) speak their own language. In the words of Mr. B, “It’s about 2 brothers who are searching to destroy the creature of darkness to save the tree.”

I thought he had a pretty good grasp of what was going on. There are a few more details, but I was happy he understood.

Did that make sense?

Well, for those of you that remember the movie, this is all supposed to have taken place many years before.

The acrobatics and the work with props was pretty amazing. Half of the time you didn’t even realize what amazing stunts they were performing because you got wrapped up in the story. But, then they would stop in an unbelievable position, like a split in mid-air between two scarves, and the crowd would go wild.

The performers were on stunts, they flew through the air, and they climbed around on everything. As a dancer, watching their flexibility and balance was beautiful. At one point, they were on a seesaw-type device (made of a giant bones, of course) contorting their bodies into just incredible positions.

The performers also made music with many of the props, and the Shaman had a beautiful voice.

Visually, TORUK was pretty amazing. While there weren’t very many “actual” things on the stage all the time, the effects that the lights created were really cool. It went from looking like there was fire everywhere, to water rushing through.

When they did use props, they really used them. I mentioned the scarves, but there were also poles that they climbed and swung from, a giant rope bridge, along with many different kite-like devices. They were manipulated by performers beautifully.

I wish I could have got some better pictures, but here are a few that I did take. 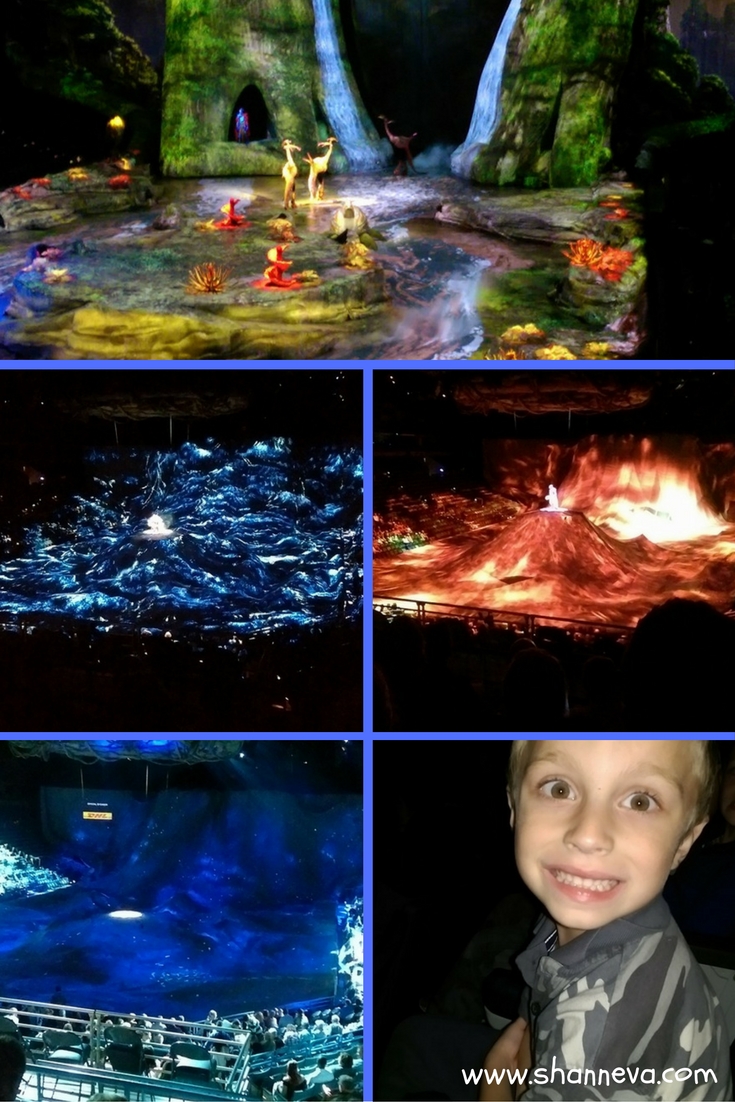 For the most part, it’s a performance that you can take your older children to. Mr. B is almost 7, and he was fine. Here are the Pros and Cons you may want to consider.

Overall, I would recommend it for families with children over 6-years-old. Any younger, and they might get scared. Or they might not be able to sit thru the entire thing because it is a little over 2 hours with intermission.

I actually think it would be a great date night. Even though I’m not big into science fiction, I loved the physical performances in it. I think my husband would have really liked the story, and everyone would love all the visuals and effects.

TORUK – The First Flight will be in Milwaukee through Sunday, so if you have the chance, I’d recommend you check it out. It’s a traveling show, so check your area to see when they will be performing near you.

I still have discounted ticket codes, if you don’t have your tickets yet.

For $25 Child tickets, click HERE and use the code: CHILD25

Does this sound like a performance you’d like to see? Do you remember Avatar? At least better than me?