You are here: Home / Blog / Micro Preemie Mondays and Joshua

Today, we meet Joshua.  His mother Erin also sent me an update, since Joshua just celebrated a birthday. I’m so excited to share him and his story with you.  Erin is also happy to answer any questions you may have.  Simply leave a comment, and she will either respond directly or I will get you the answer.

Also, coming up Saturday, I will be giving you an update on all the Preemies we’ve met so far.  I think you’ll love seeing them and hearing what they’ve been up to.  I know I’m excited. 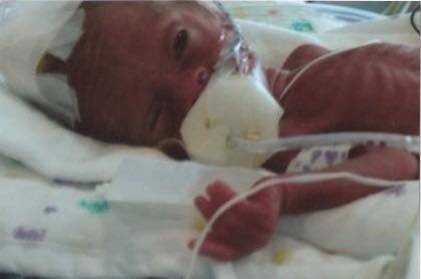 We were in the NICU for 88 days. The hardest part was the period of time I couldn’t hold him and once I finally could, he had contracted MRSA so we never had skin-to-skin. He didn’t test clear of the MRSA until day 85. 3.

We’re not exactly sure what caused his prematurity although the doctors were watching me closely because I had lots of preterm labor with my middle two kids. It’s a good thing they were watching because I went in for a routine cervical ultrasound measure only to discover I was 100% effaced and 5cm dilated. I never felt one contraction.

4. How are you and Joshua doing now?

My young man is almost 9 and we are doing great! He does have lasting issues, but we are so thankful for him. He brings joy everywhere we go! 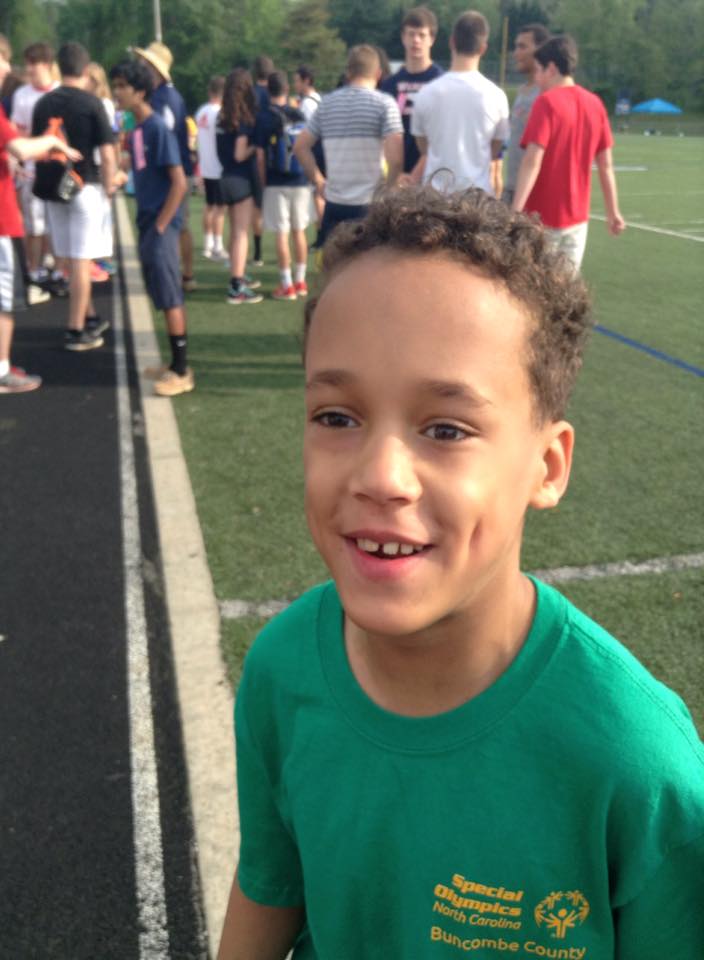 Advice – expect set-backs. Things are up and down the whole time. Make sure you have plenty of support (family, friends, support groups). Don’t be afraid to ask questions. No question is dumb. This was my 4th child and suddenly I felt like a first-time Mom. Whatever boundaries you set for others in regards to your baby…don’t be scared to communicate them. (Making signs is great!) You can do this!

I just wanted to give you a quick update on Joshua. He just had his 9th birthday and check-up today. Overall, he is happy and healthy. I didn’t previously describe his lasting issues, but wanted to share as I’ve found lots of mommies asking questions regarding their little ones that we can totally relate to. So, Joshua has mild CP*. he can run and play, but does fall easily, has tight legs and is a toe-walker. He has epilepsy as a direct result of his IVH* bleed. Joshua has severe asthma which has cost him lots of time in the hospital. And, he has significant ADHD. There are other small things he’s followed for, but he’s great overall!

CP* Cerebral palsy (also called CP) is a group of conditions that affects the parts of your brain that control your muscles. This can cause problems with movement, posture (standing up straight) and balance. Some but not all children with CP also may have other conditions, like intellectual and developmental disabilities. These  are problems with how the brain works that can cause a person to have trouble or delays in physical development, learning, communicating, taking care of himself or getting along with others. About 1 in 300 children (less than 1 percent) has CP. Most children are diagnosed by the time they’re 2 years old.

IVH* Intraventricular hemorrhage (IVH). This is bleeding in the brain. It usually happens near the ventricles in the center of the brain. A ventricle is a space in the brain that’s filled with fluid.