You are here: Home / Blog / Micro Preemie Mondays and Parker

Hello! I hope everyone had a great weekend, and had a chance to catch up with all of our previously featured families. I’ve been able to share some amazing stories so far, and today is no different.

So, let’s meet Parker, as told by mom, Molly. 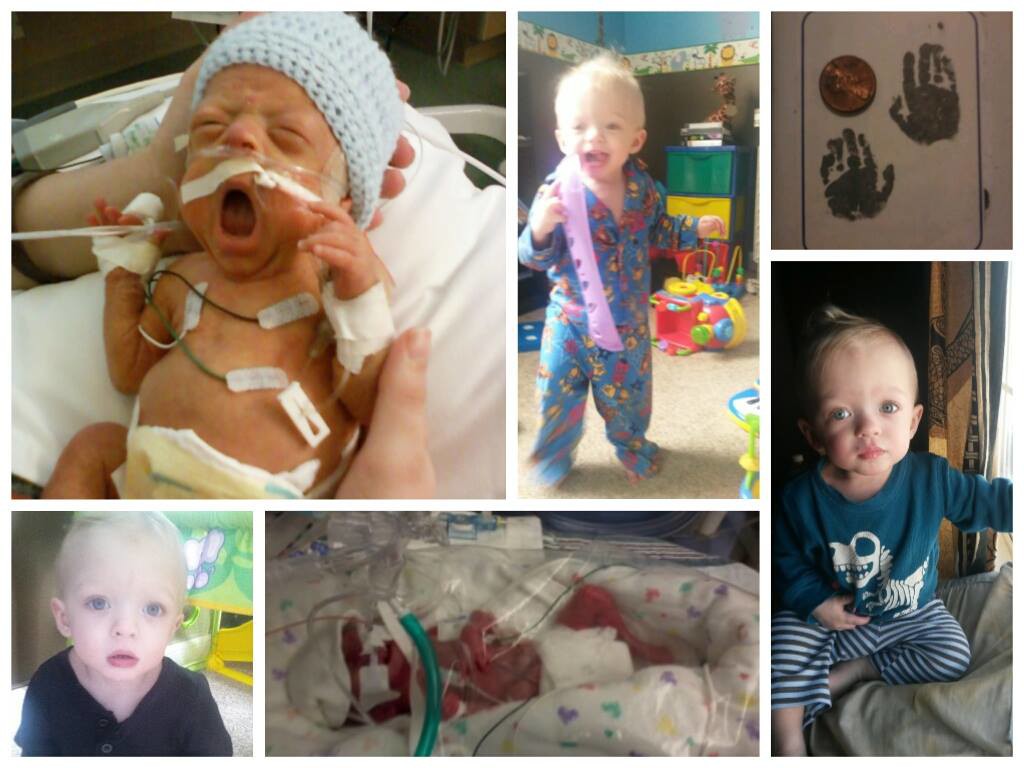 We were in the he NICU 4 months, close to 126 days. He was born in May. and we went home in September a week after his due date. The hardest part in the beginning was getting over all the alarms and not freaking out if something beeped. Also, every time I left the hospital I would cry. I felt like I was abandoning him. I know it’s silly but every time he was awake and I had to leave, I wouldn’t leave if he was looking at me. I would always wait until he fell asleep or looked the other way. Some days I stayed an extra 30 mins just because he was still awake, and I didn’t want him to see me leaving him, lol. It was hard not being able to hold him right away. Towards the end of his stay it was harder because I went back to work for a month and was farther away from him if anything did happen. 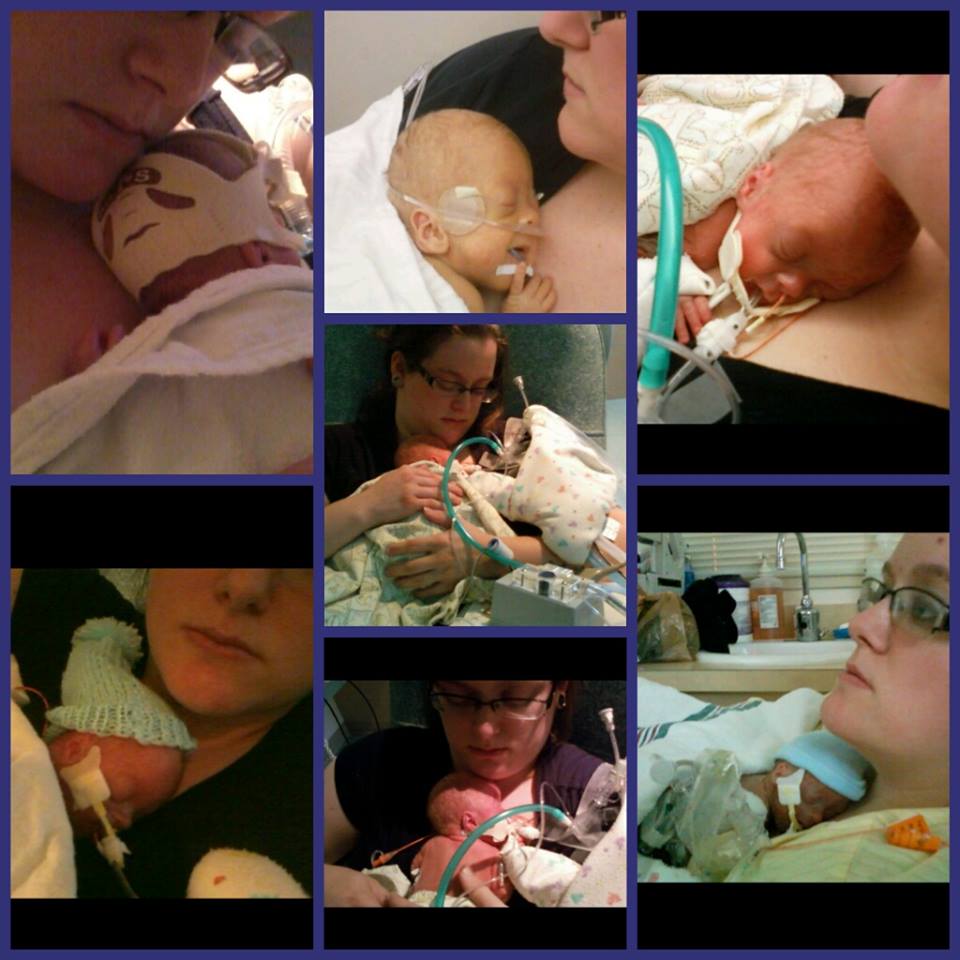 I don’t know what caused my son to be early. They said I had a UTI a few days before he was born (they actually called me the day he was born to tell me the results. I was like umm too late lol). So’ it’s possible that caused it. I was born a preemie also at 34 weeks, so maybe that had a small thing to do with it? Or I was also working 40-60 hour weeks when pregnant in a factory picking up boxes, working around chemicals, always on my feet. It wasn’t until close to when I hit 20-21 weeks they gave me 40 hours a week. So, I kinda blame all that also. I ordered paper work from my OBGYN a few days ago to see if it says in her papers why. That way, if I decided to have another I will know why and what I can do to prevent it. Or, at least have a heads up so hopefully it won’t happen again.

Parker’s doing great. He just turned 2 (20 adjusted.) No heath problems besides a slight hearing problem in one ear, but you can’t even tell. He does have sensory issues, so having a bit of trouble with baby food. But, we think he’s going to skip it all together, and eat table food. We’re just practicing some more oral mouth skills before we get into that. He’s very active, and loves to climb and dance and had been learning words like crazy. He knows 1-10 and most colors. 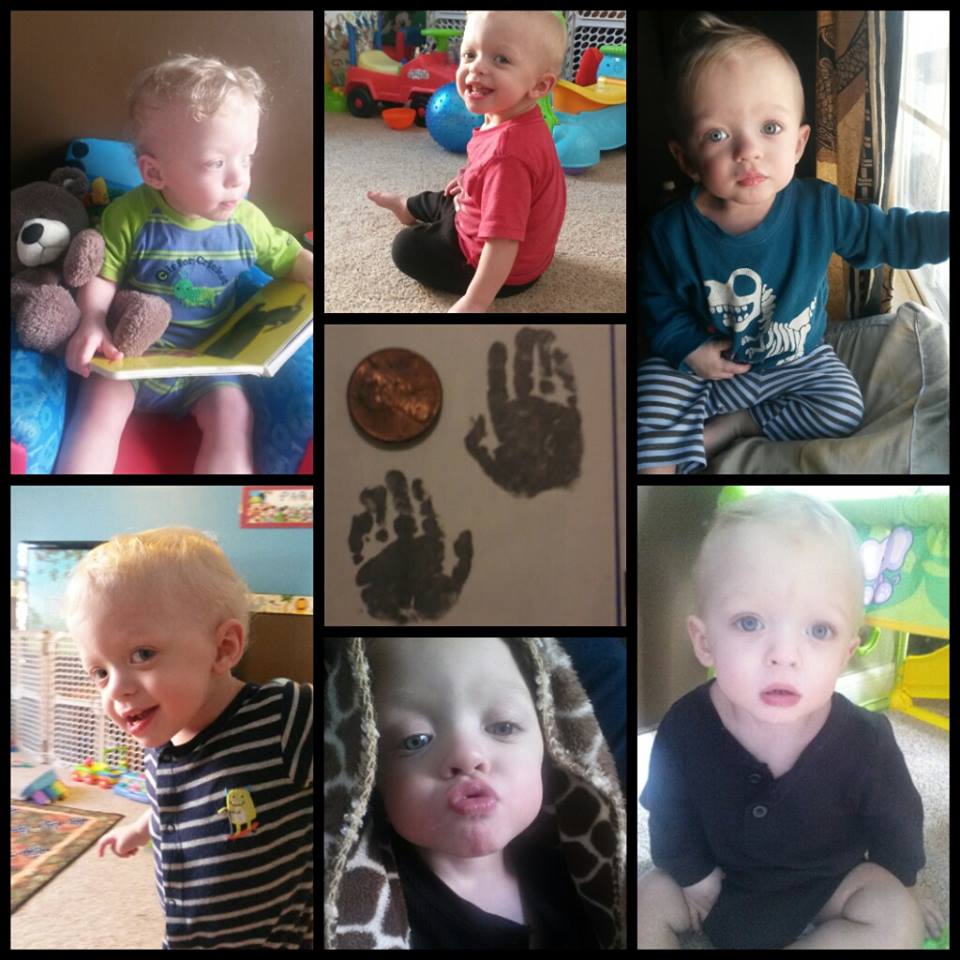 5. What advice would you give to a new Preemie mom?

The main advice I would give is it’s OK to ask questions. It’s OK to cry and let it out. It’s OK to tell people no I don’t want anyone to see them or hold them yet. Having a micro preemie is extremely scary with their eyes still being fused, all the cords, thin skin, blood transfusions, tests, new equipment, getting back on old equipment, one step forward 3 steps back, not eating, brain bleeds, eye tests (those terrified me), etc.

It’s a lot to take in. When my son was born I asked a million questions. I was very picky who touched and held him because I didn’t want him catching anything. I didn’t like certain nurses and asked for new ones. I called them constantly day and night to check on him. It’s OK to do all that. The nurses understand, so feel free to bug them (that’s what they get paid for.) Also learn no news is some times good news. I would also recommend making a Facebook page for your little one (I wish I did when he was born. I didn’t make one till he was almost 1). It’s a good way to have people/family follow your baby so you don’t have to constantly repeat yourself. Also, it’s good outlet to let things/feelings out so you’re not keeping it in. It’s good to look back on as they get older and though it seems hard now (if your baby’s still in the NICU) you will look back and think, were they really that small? There are also a lot of great Facebook pages for preemie moms. I would suggest adding all those because there will be many moms who have babies the same gestation or heath issues and they have been exactly in your shoes.  It’s great just to talk to other preemie moms because some people unless you have a preemie can’t really relate to it. Just remember even though they are small now, I know it seems hard and it’s forever away, but I promise it gets better. Once you get them home and see them smiling, then starting to crawl and walk and talk. Then they get so huge you that you can’t get clothes fast enough to fit them. All that worrying, crying, and sleepless nights when they were in the hospital will be worth it.

It’s definitely worth it! Thank you so much Molly for sharing your and Parker’s story with us.