You are here: Home / Blog / Caring for your Preemie in the NICU: Cora’s Story

Caring for your Preemie

The nurses and doctors in the NICU have a very important job when it comes to the health of a preemie, however, the parents are just as important. Hearing your voice and feeling your touch can be just as critical as any medicine they may receive. Caring and loving your preemie in the NICU is your job as a parent.

While just caring for your baby doesn’t seem like a big deal, it really is. For both parent and preemie.

I was petrified to touch my small, sick babies when they were first born. There were so many wires everywhere, and I was afraid I would hurt them. I didn’t want them to get any sicker or get overly stimulated. I also didn’t want them to know how scared I was of losing them.

The nurses and doctor made me realize just how important I was in my twins’ care. My touch wouldn’t hurt them, only help them.

It was then I first learned about Kangaroo care, or skin-to-skin contact.

The nurse would lay one of the twins on my chest, and tuck their feet into my sport’s bra. They would then cover us with a warm blanket, and we would sit together for at least a half hour. It was amazing.

What was even more amazing, was each baby would be so calm, and the monitors would rarely go off. This was much different from when they were in their isoletes. It meant they wouldn’t forget to breath and their heart rate was steady. It was physical proof of the benefits of my caring for my babies.

Today’s mom realized how the healing touch of Kangaroo care is one of the most important things you can do for your baby in the NICU.

Please meet Cora, as told by her mom, Kateri. 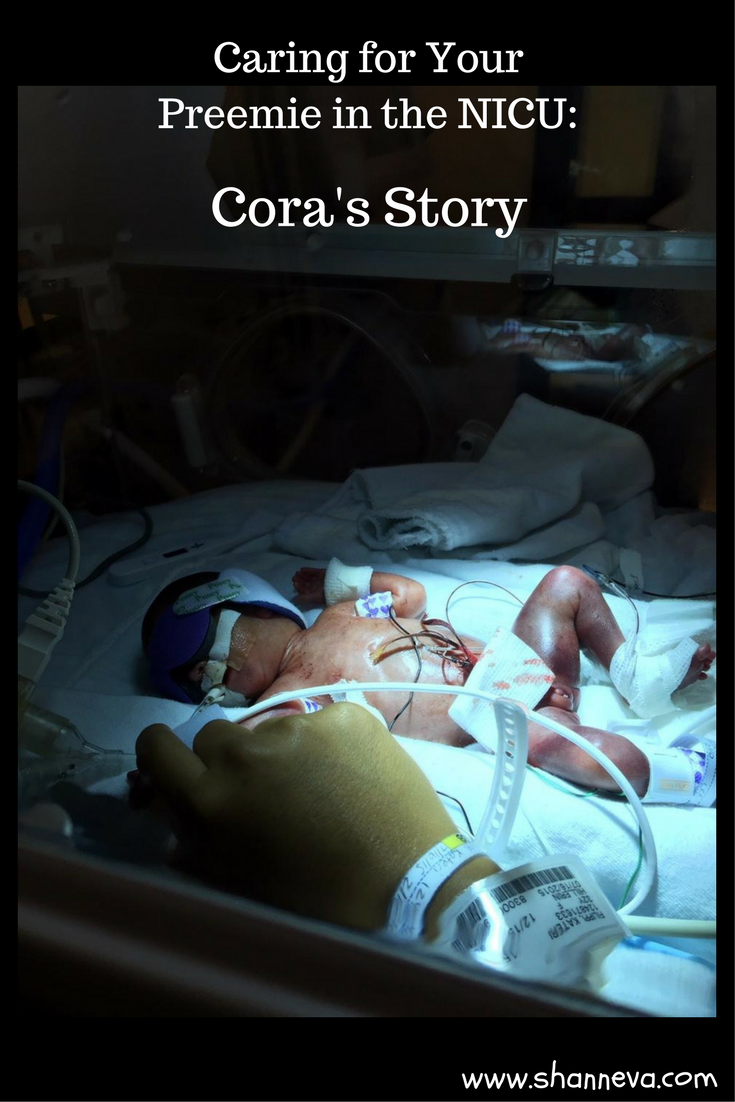 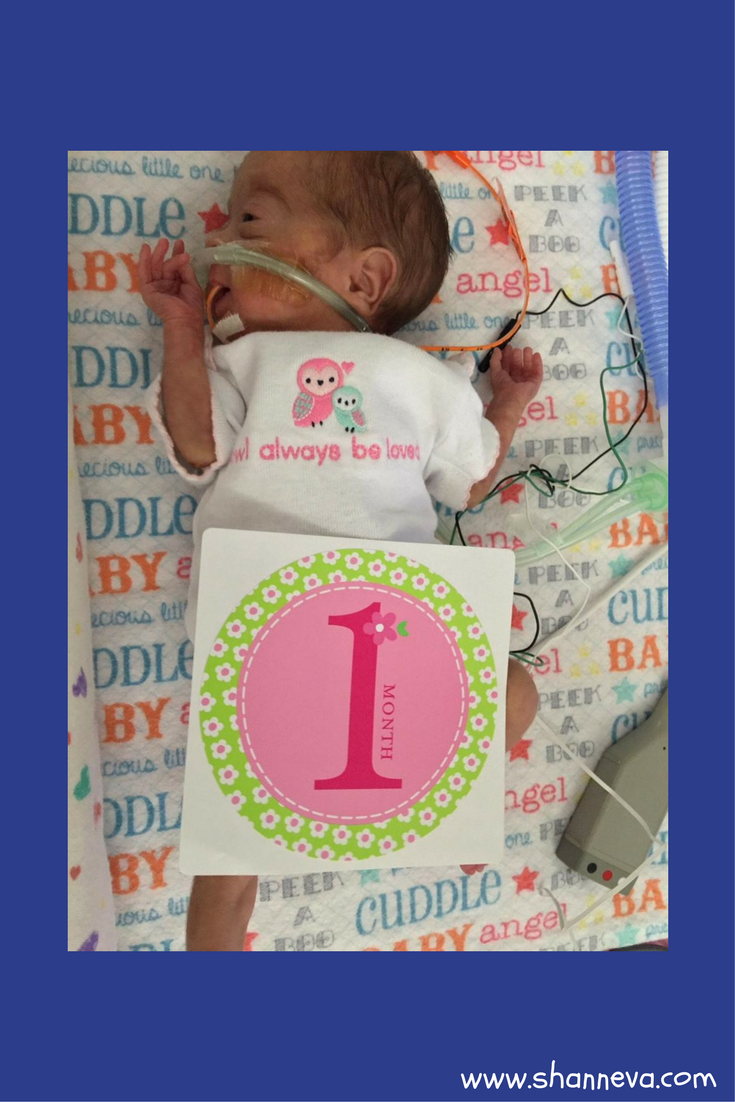 2.. How long was your NICU stay? What was the hardest part?

The hardest part was in the beginning when she had so many things stuck into both of her arms. One arm had so many, she could hardly even move it. It was so weighed down. Also, her having to be given so many medicines daily was so hard.

She had a heart murmur at one point. It slowly went away with time from the medicines she was given.

Her lungs were so underdeveloped. Fortunately, I was given a lung steroid the two days prior to her birth, so that helped tremendously.

Cora had all the typical preemie issues and was on cpap along with many other things.

I have an incompetent cervix is as much as I know. I took progesterone pills during my pregnancy. 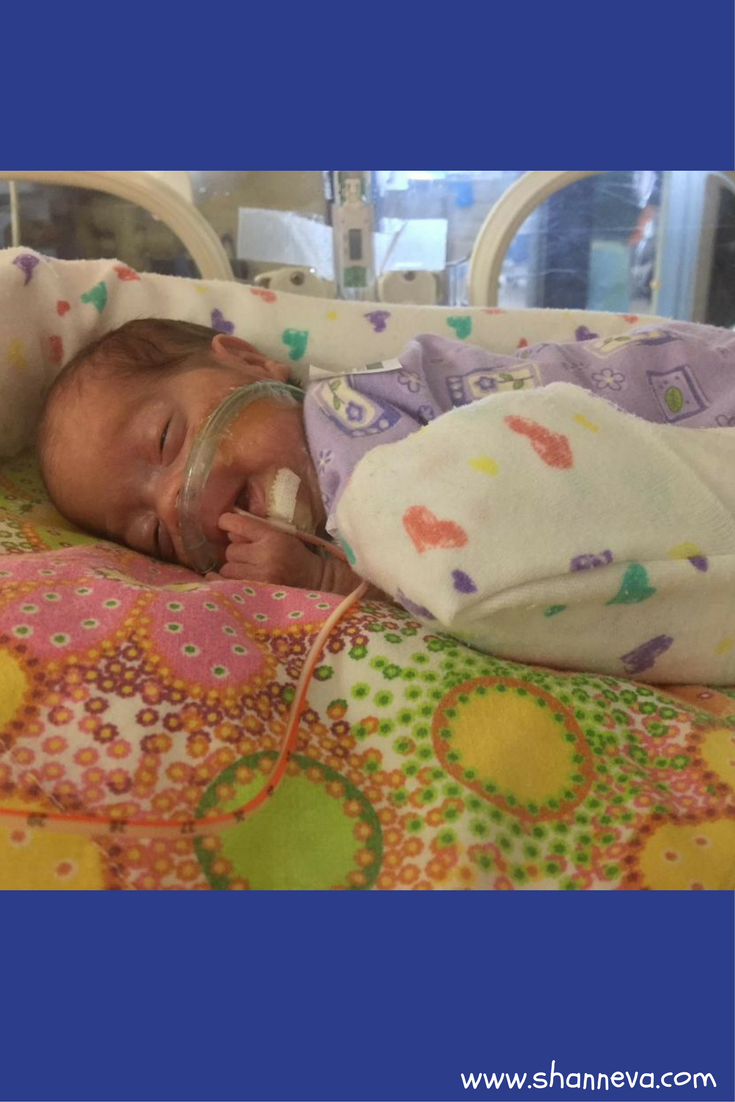 I’m doing well. I’m currently 24.4 weeks pregnant with a baby boy. (Nervous since it’s the time-frame I had Cora). Currently receiving weekly Makena shots to help him stay in longer than she did.

She does do OT twice a week and PT once a week, along with another motor therapy program once a week. She had follow-up appointments with her pulmonary specialist twice a year.

There’s tons of support through the March of Dimes and other programs. I believe I asked all the questions I could think of at the time during her NICU stay.
My advice to new preemie parents would be to DEFINITELY do kangaroo care as much as you can as soon as you are able to. It’s SOOOO important.
Read to your baby, sing, tell stories etc. Make sure you stick with your instincts as well. If you feel something is wrong and not being taken care of, talk to the nurse or ask to see the doctor.

Such great advice! Thank you so much for sharing precious Cora with us.