You are here: Home / Blog / A Combination of Complications, Jen’s Story

Sometimes, it’s not just one thing that leads to a premature birth. There can be so many different complications during pregnancy, which can be extremely difficult for both the mother and the unborn child.

When there are different complications, it’s often hard to find treatments that are both safe for mother and baby. Sometimes, an early delivery is the best option. You and your doctor have to decide whether it’s safer for your baby, as well as for you, for the baby to be inside or out.

This is often an extremely hard decision, but one that has to be made.

Today, we meet a mother and baby who were put in that situation.

Please meet Jennifer, as told by her mother, Debbie. 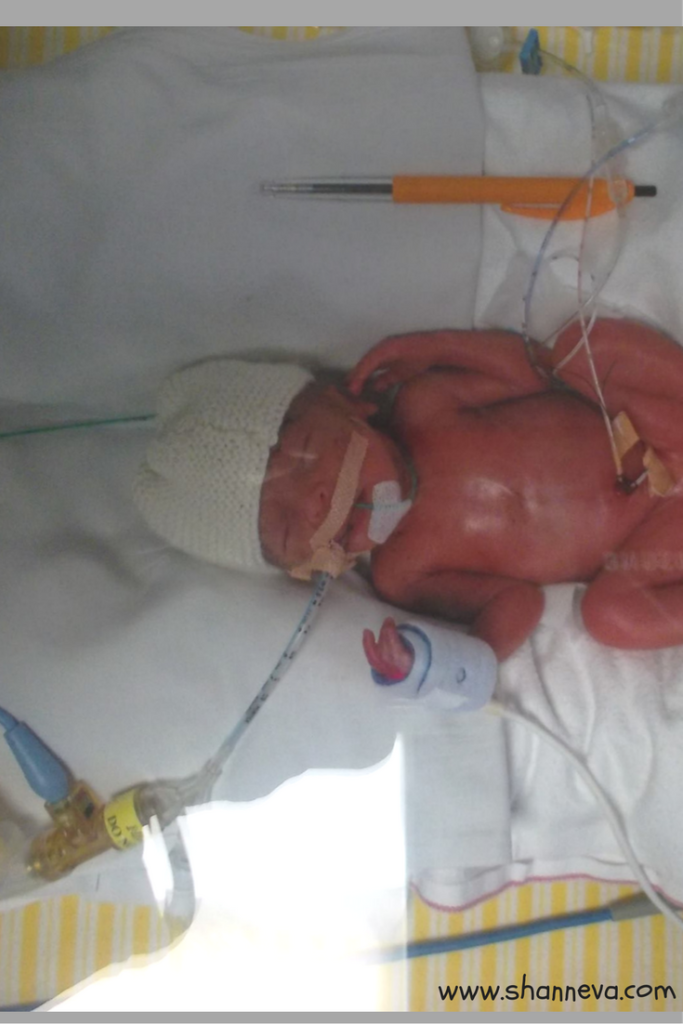 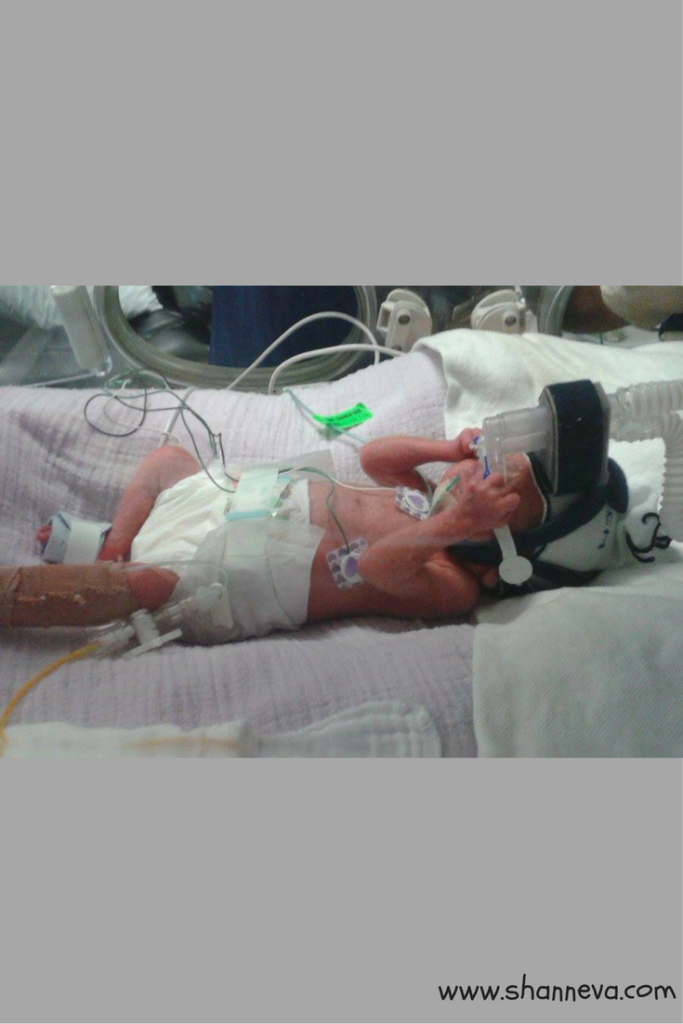 Jen’s prematurity was caused by a combination of things, making it a very complex pregnancy. Firstly, 5 weeks after I gave birth to my 7th child, I developed an extensive DVT in my right leg. This is rare itself, as usually it’s the left leg for pregnancy.

My midwife missed it, and I sat for a week, as it travelled down my leg. Thank goodness it did not travel up! Before trying for our eighth child, I made sure it was safe to have more children. The obstetrician saw no reason not to have more, but I would need to be on blood thinners.

A while later, I got pregnant while on Warfarin and switched over to Clexane. The doctors struggled to get correct dose initially. What a hassle!

Then, I started bleeding at 7 weeks. I went for a scan, and they put me back to 5 weeks!

I’m also A- which complicates things with bleeding.

I went for 12 weeks scan, with adjusted dates, and found out cord was joined at the edge of placenta, not central. But, they didn’t think it would cause problems. Then, at 18 weeks, I had a funny turn and had to be dropped home after taking kids to school. By Monday evening, 3 days later after brown spotting over the weekend, I ended up having a good bleed. I was admitted to Nelson Hospital.

They thought my waters had broken as well, but after a scan, they hadn’t. I was fit to leave, only to have a huge bleed out upon leaving.

This went on and off all week, so they decided to take me off blood thinners!

I continued to bleed on and off for the next 9 days, needing 8 blood transfusions. Then on day 9, I developed bilateral pulmonary embolisms in my lungs. This was enough to kill an unfit person! The bleeding was being set off by 3 large blood clots in my uterus, which were found on my 20 week scan at Nelson Hospital. So the blood clots were found between the time of coming off blood thinners, and developing bilateral pulmonary embolisms in lungs.

I ended up in ICU for two days while they discussed options with Wellington, our tertiary hospital.

It was decided to helicopter me across to Wellington rather than abort pregnancy! They looked at putting a filter into my veins to stop clots traveling into my lungs, but were unable to get up the veins due to damage from DVT’s. I had two very stable weeks in Wellington, went back on blood thinners, and they changed my dates back to the original ones!

Since I had been on Warfrin, I was so definite of dates. This was backed by their scans, as the baby was big for the adjusted dates. This made me more viable!

I started bleeding again, and it was decided as baby wasn’t growing as well.

They wanted to stabilize me, and get her out while in control of the situation. This meant putting me in their number 1 theatre, with a cardiologist in the room on standby, incase he had to open up my chest during c-section. 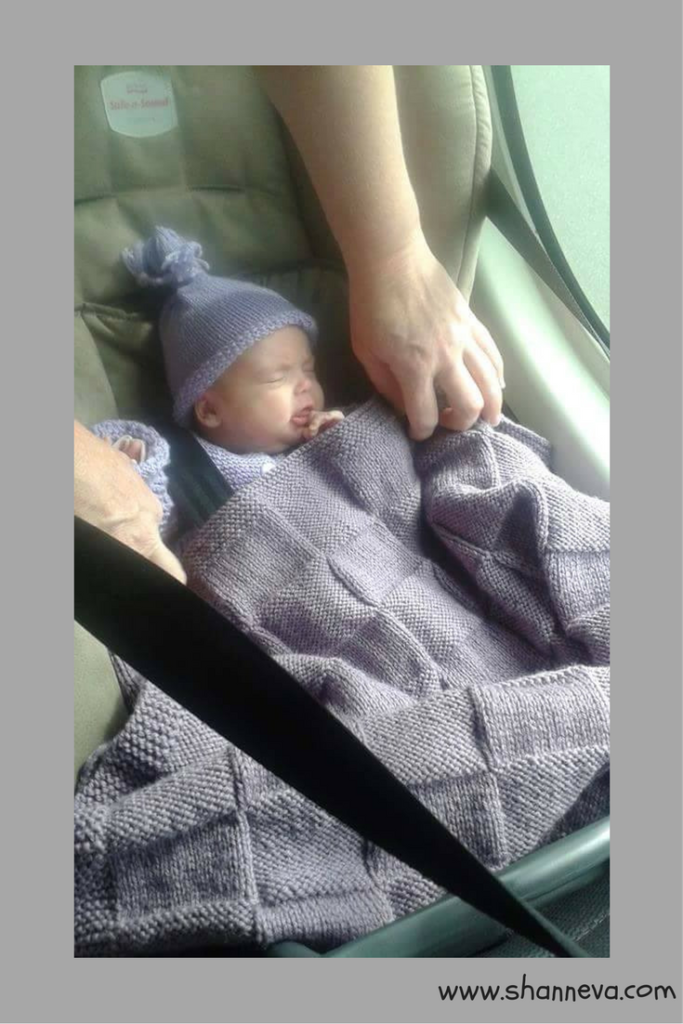 3. Tell us about your NICU stay. What was the hardest part?

Jen was in Wellington NICU for 38 days, and then transferred home to Nelson SCBU for a further 60 days. She got out two days before her due date. The hardest part for us in our journey was fighting for viability for 6 weeks in 2 different hospitals, and being transferred to Wellington tertiary hospital ( Bottom of North Island) by helicopter across the ditch away from my 7 other children, who were in Nelson (top of the South Island) in New Zealand. I’m lucky my Mum lives across the road to help look after the kids.

We have been extremely lucky with Jen. She has had no surgeries and only 2 blood transfusions. Jen had ROP stage 2 zone 2 in one eye and stage 1 zone 2 in other, which has self corrected. This is monitored once a year until she’s turns 5, and if no issues, will be discharged. She has already been discharged from pediatrician at 16 months. They are very happy with her. All milestones have easily been met.

She walked at 10 months adjusted just like her seven siblings who were all full-term.

We now have a case study at Wellington Hospital about us. They consulted lots of Dr’s between New Zealand and Australia! I haven’t found anyone else with the combination together. Only each on their own.

Today, Jen is a happy, healthy 2-year-old doing everything she should be doing! She’s amazing! 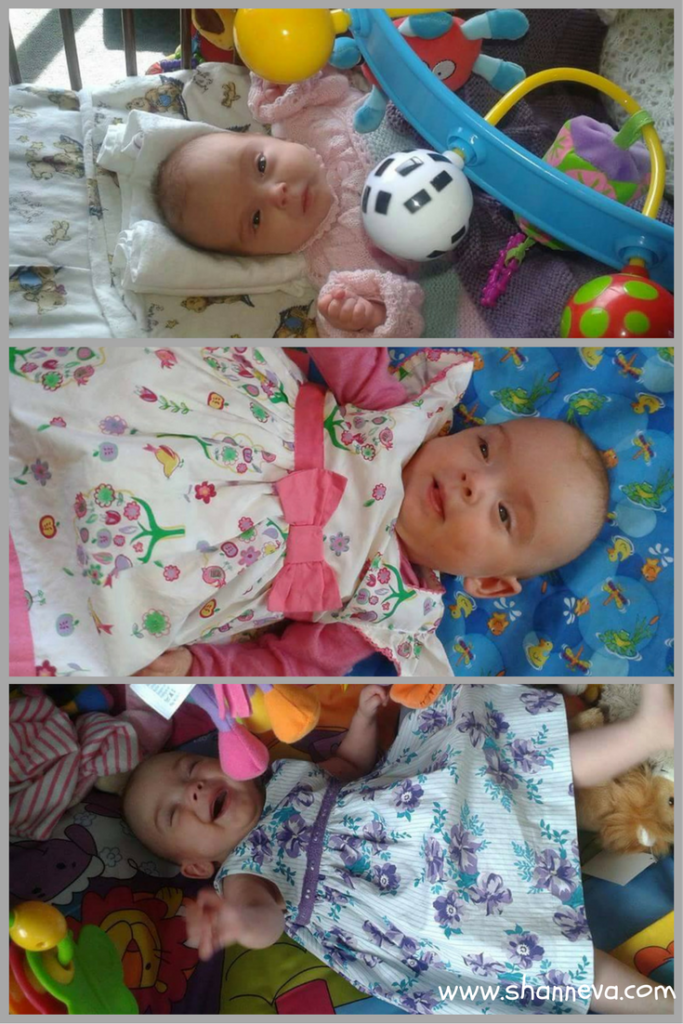 I’m still on Warfarin, even though I could have come off nearly 2 years ago. In the last year,  I’ve struggled with exercising at intensity making my heart race just like when I got the pe’s in my lungs! 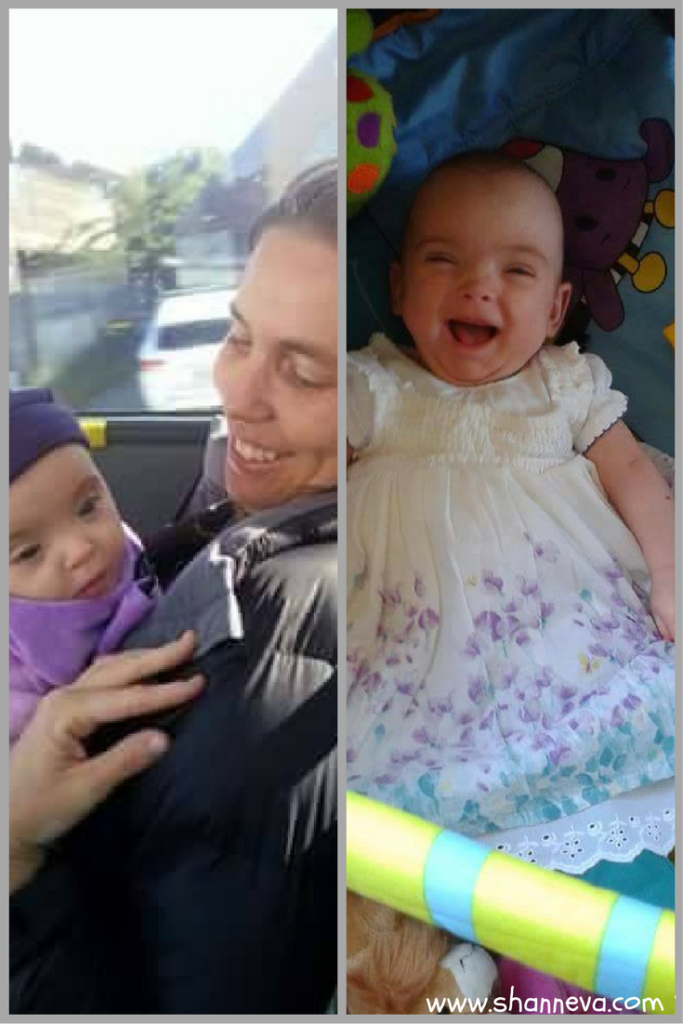 I’m determined to come off it one day. It’s just giving me time, and one less thing to worry about.

Jen came off all oxygen at 32/33 weeks gestation and never looked back!

Also, for those struggling to breastfeed their preemies right now, Jen made the transition fully at 6 weeks adjusted and is still breastfeeding at 26 months of age! 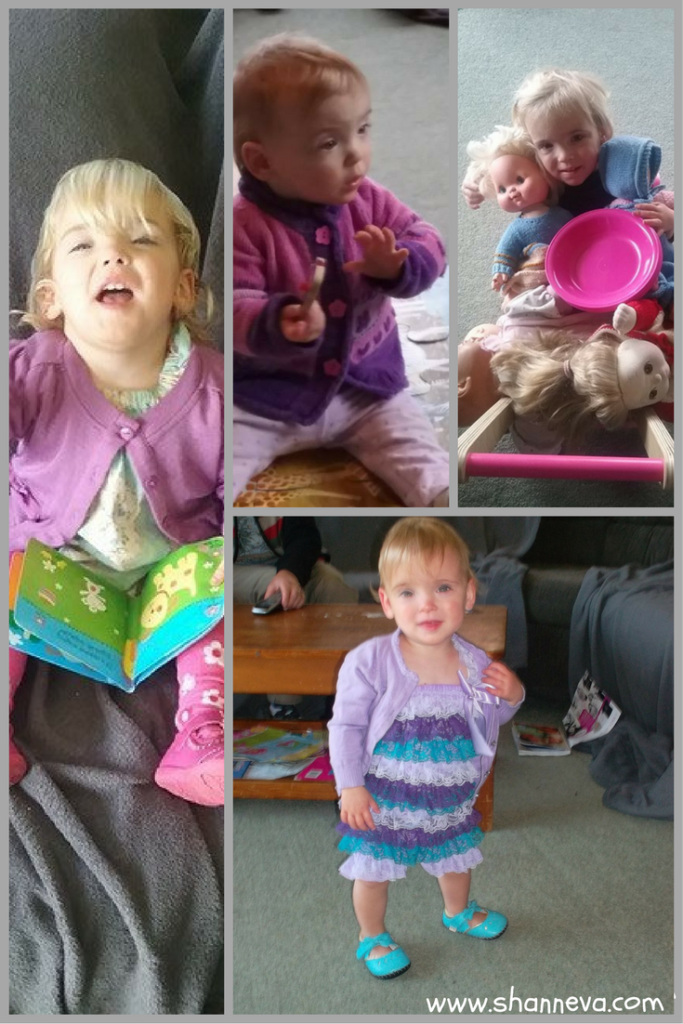 Advice for a new micro premmie mum is to be positive, cry and let it out, rather than keeping it in. Make lots of new friends who are going through a hard time too, and take time away for a well-earned break with them. Don’t be afraid to ask questions if you need to, and trust the doctors and nurses. 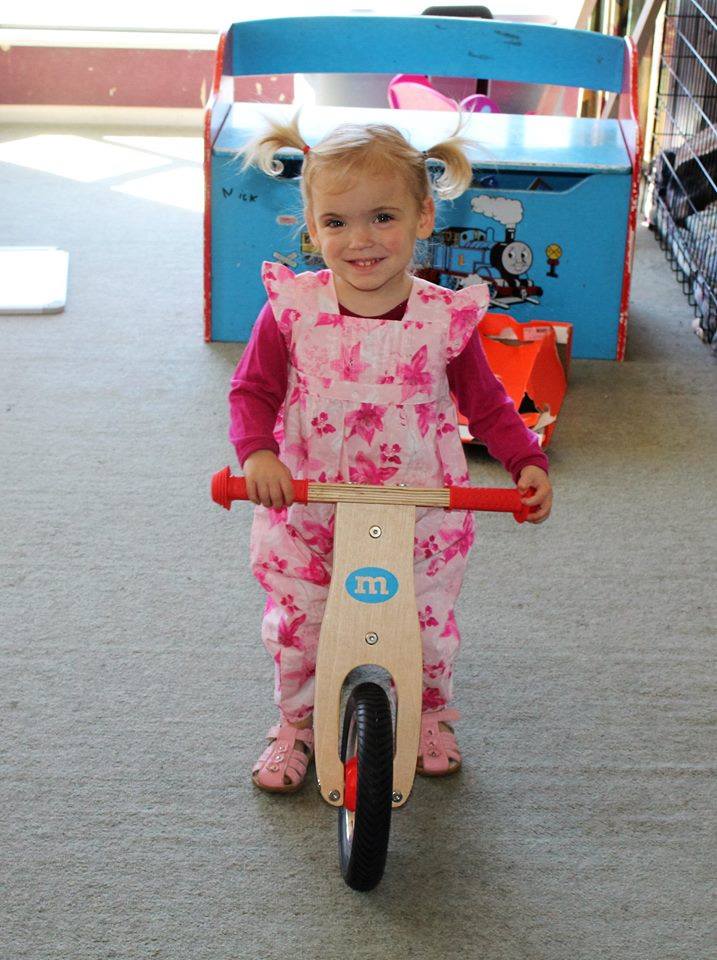 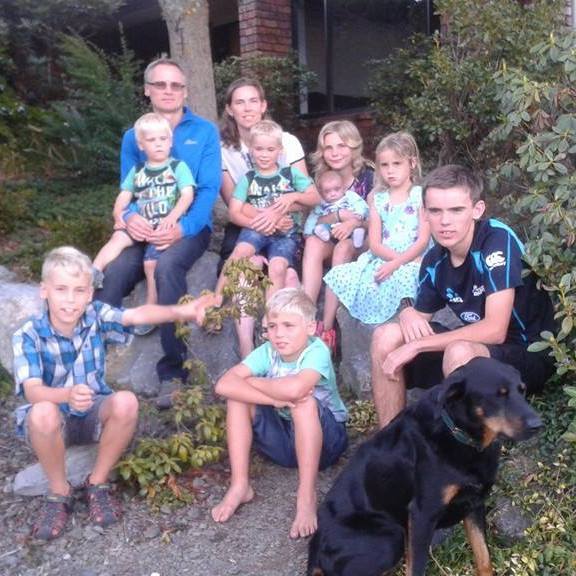 Thank you so much to Debbie for sharing beautiful Jen with us. Please leave any supportive comments below.