You are here: Home / Blog / Days are long, but the months go fast

Do you ever feel like your days go on forever, but all of a sudden a whole month has gone by? Like, how is it already almost the middle of February, but at the same time how is it only 9 am on Thursday?

The last few days have seemed like an eternity. I guess being sick will do that to you.

However, my oldest son is already past 100 days of Kindergarten!

I still can’t believe I have a kindergartener, and now, he’s over 100 days in. Where did this pudgy little guy go?! 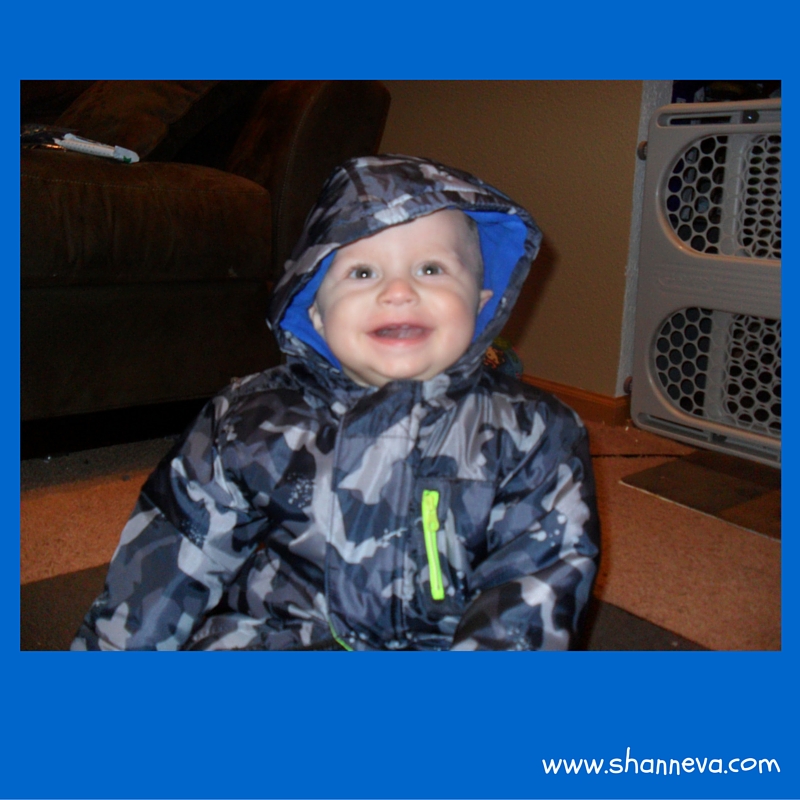 For his 100 days celebration, each kindergartener brought home a poster, and got to put 100 items on it. They also named something they would want 100 of (he chose gold coins) and something they would never want 100 of (alligators.) They then brought another bag of 100 items to show what 100 looked like. We went with buttons, since we had lots of those. Everything was grouped in 10’s, since that is how they learn to count up to 100. Here’s how his turned out: 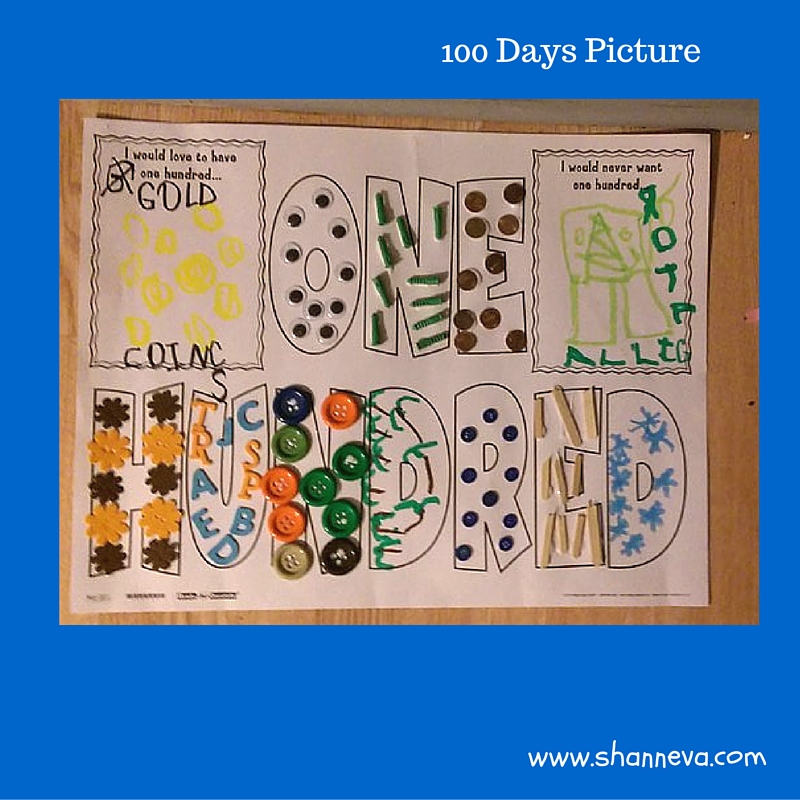 On the day of the celebration, they had a parade, and could come to school in a decorated shirt, if they wanted. Here’s our boy: 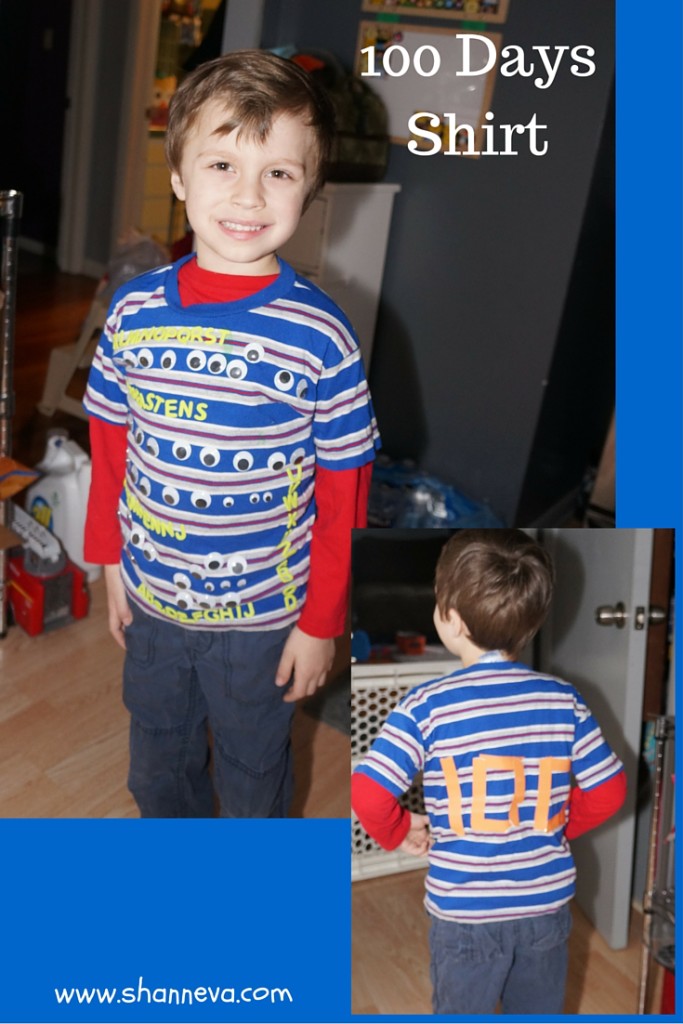 Now, let me say, it was all a collaborative effort. For the poster, I put the glue dots, he counted out the items and stuck them. For the shirt, I had to pull off the back on those self-adhesive eye balls, which was not easy, then he stuck them on. We ran out of the big ones, and I couldn’t handle 50 more little ones, so we went with 50 sticky foam letters.

The nice thing about both the eyeballs and sticky letters, is they will come off easily. No need to ruin a shirt. So, I highly recommend self-adhesive anything the next time you have to stick 100 objects anywhere.

Finally, on that same day, he had his first presentation. Honestly, all I remember in kindergarten is playing house and taking naps, but he had to do an actual presentation.

Each kid was to pick a profession, either one they had discussed in class or a different one, and share three things they learned. They also could bring one prop. Bex chose a Police Officer, and said he learned,” They help people. They put people in jail when they do something bad. They give people tickets when they are speeding.” He drew a picture of a jail and police car, then I found a dress-up outfit I had bought on clearance.

I’m not sure how the presentation really went, but we practiced quite a few times, and I knew he looked cute. 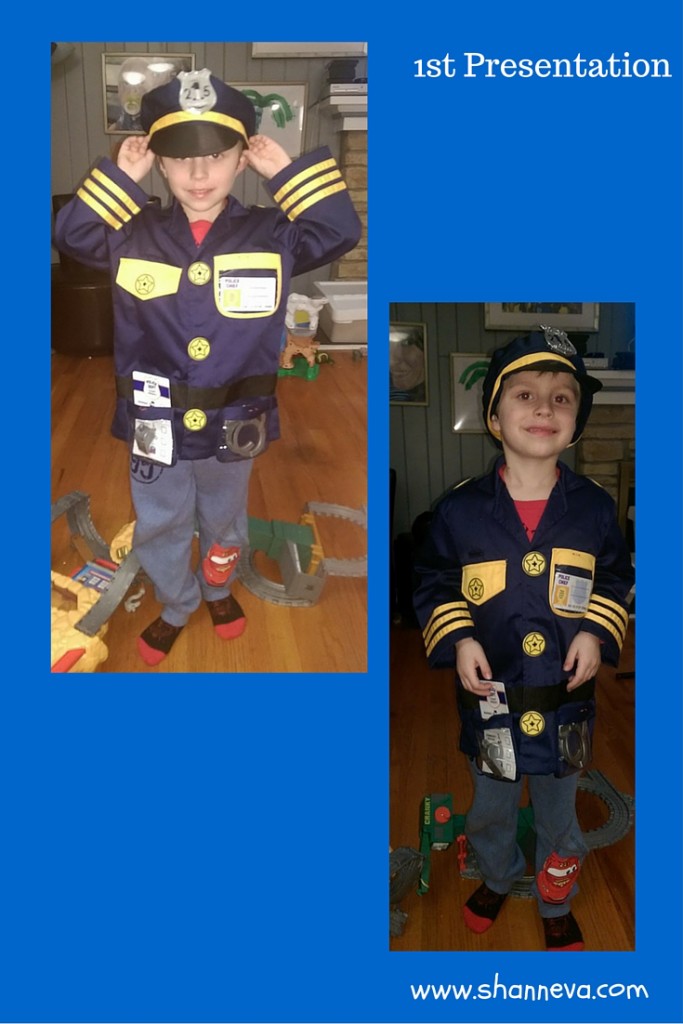 Did your kids do anything special to commemorate the 100th day of school?