You are here: Home / Blog / Defying the odds with Isabella Grace

When you give birth to a micro preemie, the odds of survival, or survival without a major disability, are staggering.

I remember one of the neonatologists coming to my hospital room when I was on bedrest with the twins, and telling us the odds of survival at each week past 24 weeks. Everything he told us was so scary, and the only thing I really remember was the longer they stayed in, the better. I remember him telling us every hour counted. One more day being pregnant, meant three less days in the NICU.

Other than those few pieces of information, it was a blur of him talking about ventilators, feeding tubes, and survival.

While the odds are so scary, we need to remember that we’re talking about babies, and not statistics.

Today, you will meet a micro preemie and a fighter named Isabella Grace.  She is truly a miracle, and she definitely defied the odds. Please read her story, as told by her mom, Lauren. 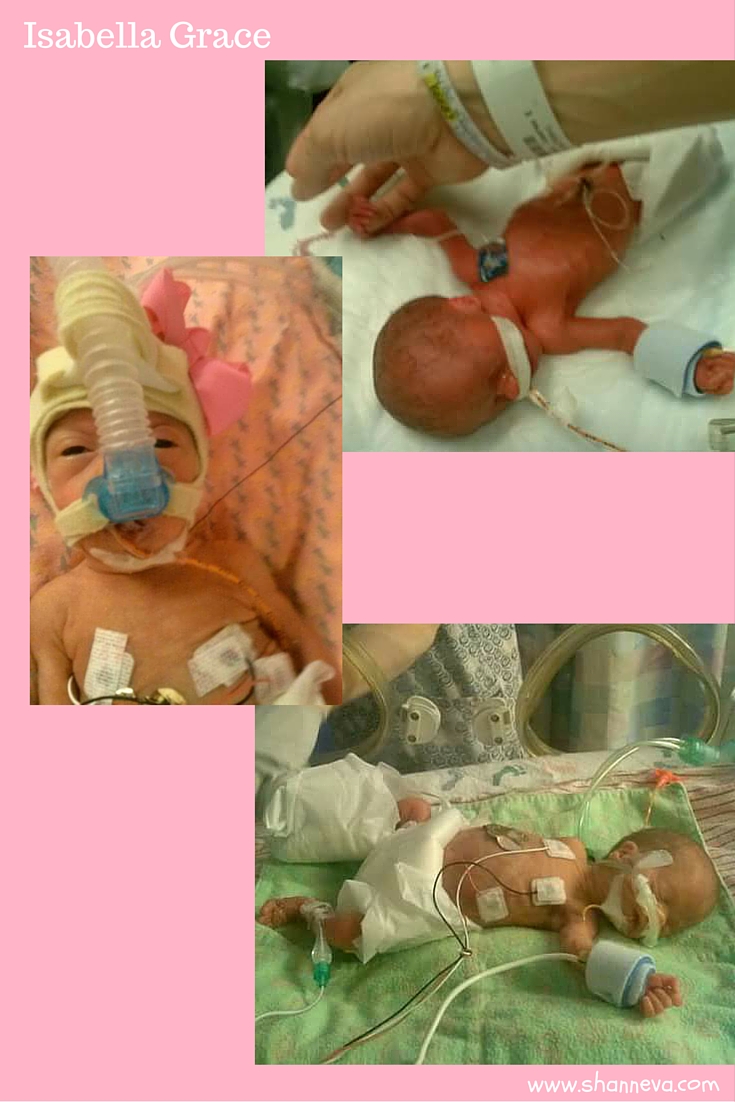 At just 25 weeks and 5 days I was prepped and rushed to the OR for an emergency c-section, while they were prepping me they warned me that she probably won’t wouldn’t cry when she came out, but not to worry because at this gestation that was normal. On April 14th, 2013 my daughter was born at 2:44 p.m., just one pound five and a half ounces, 13 inches, she came out kicking, screaming and breathing. surprising all the doctors and nurses in the o.r, I remember hearing the cry, and she sounded like a newborn kitten, not a newborn baby. They told me it was such a good sign, and she seemed very feisty. I only got to see her for about 5 seconds, and then they had to intubate her. It all seems so surreal. I had just had a 1 pound baby (my first son was born at 37 weeks, vaginally, 7 pounds 8 ounces) immediately my daughter was breathing over the vent and doing well but they warned me this was the honeymoon period and how it is common for most Micro preemies to do well the first couple days and then it’s like a rollercoaster ride, we waited for the roller coaster but it never came. She was given a 75% chance of survival and a 1 in 3 chance of having a serious lifelong disability. My Isabella did very well, she avoided many common problems that make MP’s face, she did run into anemia and osteopathy which she needed a blood transfusion and Iron supplements for and they self resolved on their own. She also had ROP it also self resolved on its own and a hernia that she needed surgery for.we were very lucky, she never had to be bagged the whole time we were there. She also had her last desats and Brady’s at 34 weeks gestation. She came home 5 pounds 14 and a half ounces, 18 inches, 9 days before her due date, at 38 weeks and 5 days gestation, with no oxygen, tubes, monitors or meds! 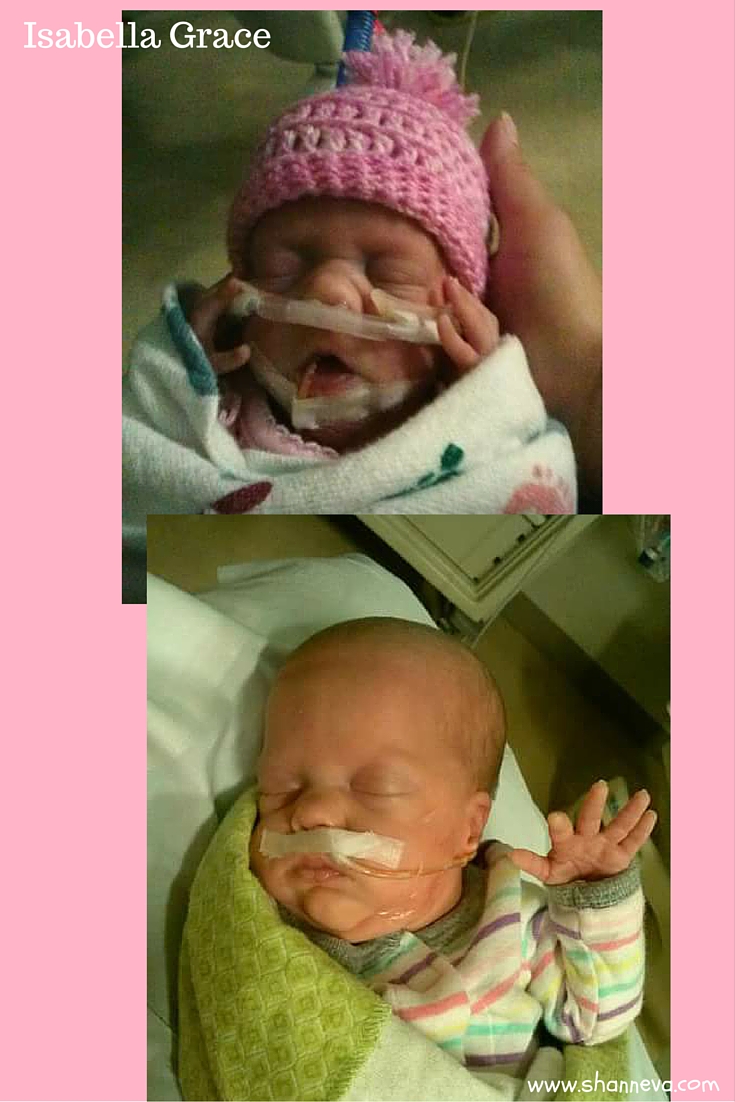 2. How long was your NICU say? What was the hardest part?

My daughter Isabella grace spent 91 days in the NICU. exactly 3 months. The hardest part of our NICU stay… That’s hard, the first few weeks were incredibly hard and scary, just because she was so tiny and I was scared something would go wrong or she would take a turn for the worst.
Knowing that I was her mother and couldn’t do much for her, not take her home or even hold her was incredibly hard to accept. I felt the only thing I could really do for her was pump. The last few weeks were also very hard because she was so close to coming home and that’s all I wanted. Her hernia surgery kept getting rescheduled and she couldn’t come home until that was over. Which caused her to have to stay a little longer than she would have had to. 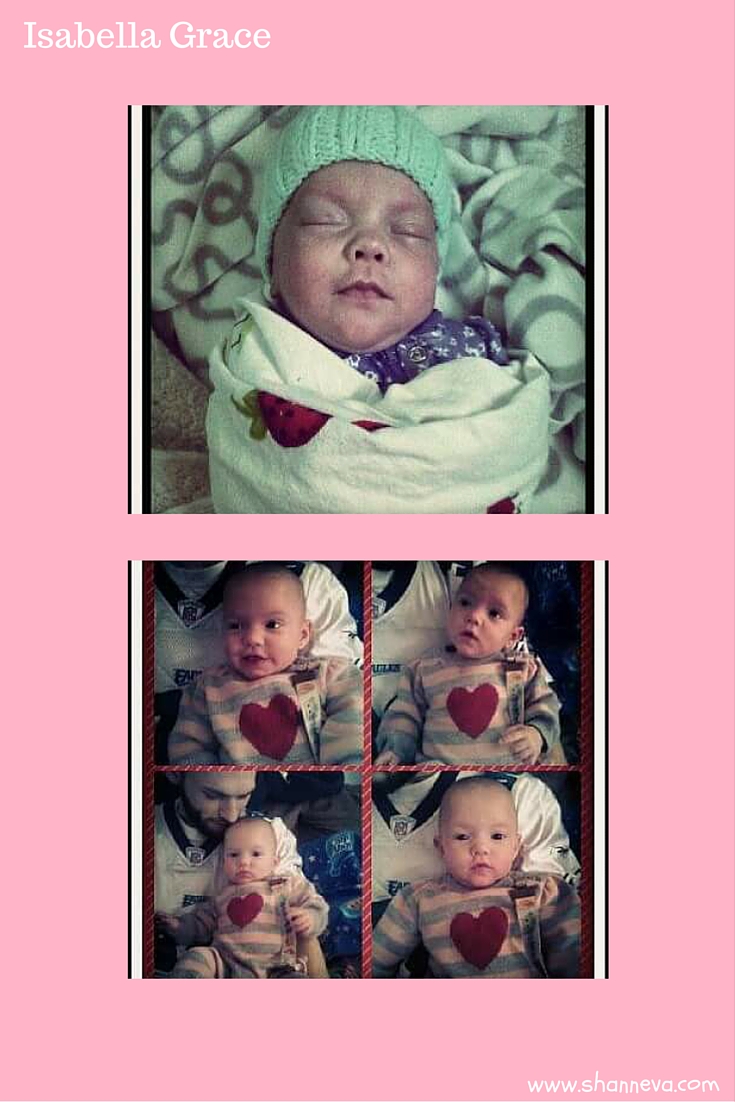 At my 24 week checkup I went in for a routine visit but my blood pressure was high and I had protein in my urine. They sent me to the hospital right away, the hospital watched me for a little while and sent me home on bed rest and with a 24 hour urine (I had to pee in a big jug for 24 hours) and a follow-up visit in 3 days. I went in for my follow-up at 24 weeks and 3 days, this time they sent me to the hospital right away and I was admitted, it took a lot to get my blood pressure down, They sent me in an ambulance to a hospital with a better NICU, and gave me my first steroid shot, this is when I realized it was serious. They told me any day or couple of months she could come. Not knowing was scary. I was able to stay pregnant and on bed rest in the hospital for only 9 more days. When I had Isabella I was maxed out on 12 blood pressure pills a day. The day I had her the doctors told me my blood cell count was trending down and my liver function was trending up (to dangerous levels) they also did an ultrasound and found out she was no longer getting enough oxygen from my placenta. So, sure enough, a few hours later, she started having heart Decels and then I was rushed into the OR for an emergency c-section. 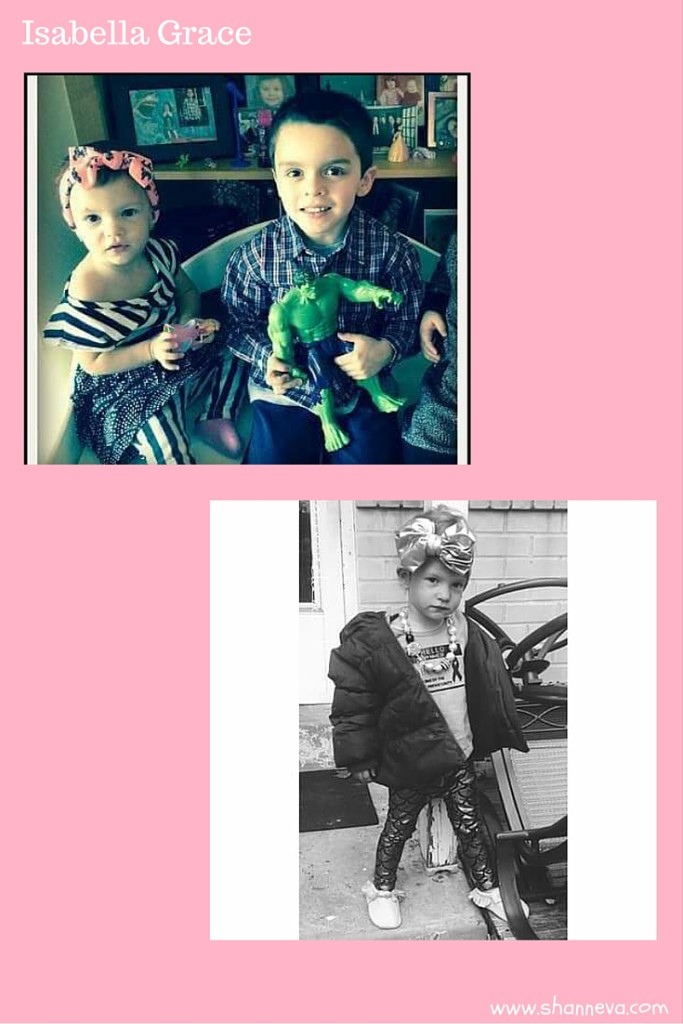 4. How are you and baby doing now?

Fantastic! my daughter has defied all the odds. She was only on the vent for 4 days and off oxygen at 35 weeks gestation. She will now be 3 on April 14th,  2016, she has never qualified for any services and never had any delays. She was fully caught up to her actual age by a year old. She sat up at nine months, five and a half months adjusted, crawled at 11 months, 8 months adjusted and then was fully walking by 14 months, 10 and a half months adjusted. Now at two years and 10 months old she is fully talking and has no lasting effects of her severe prematurity. She is super smart, happy and healthy. we are beyond blessed! never give up because miracles happen everyday! 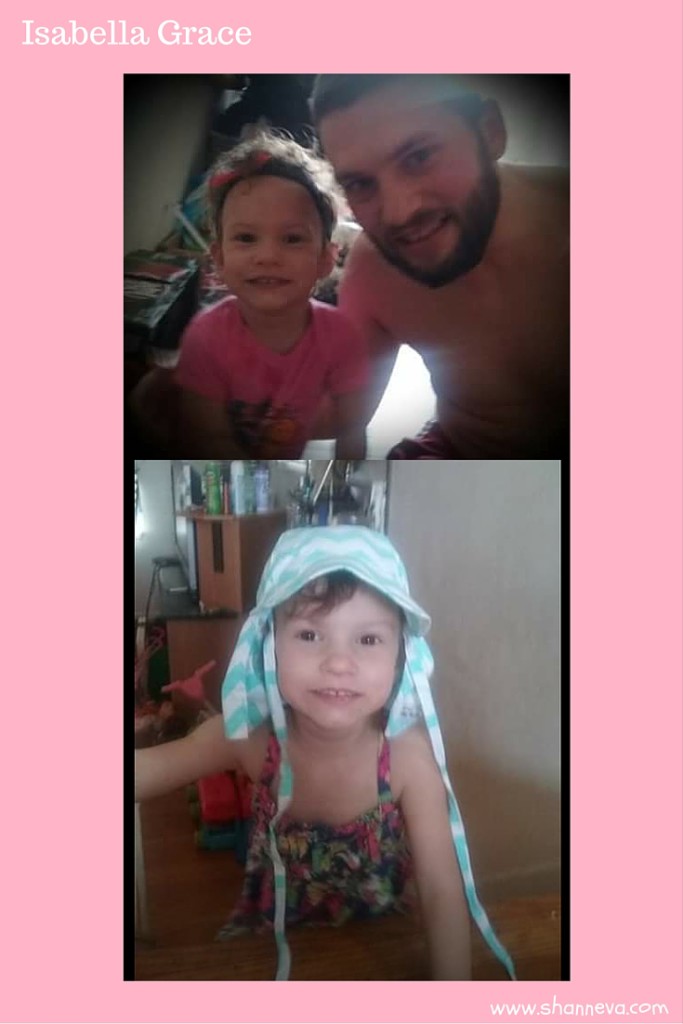 I would say to take every day one day at a time, no matter how hard that sounds that is the best thing you can do. Don’t think about what if she has a bad day tomorrow, enjoy every moment. They grow fast. Take care of yourself because if you aren’t taking care of you how can you care for your baby? Talk about your feelings! don’t keep your feelings bottled up. Try to find other preemie moms that can relate whether you find them in the NICU, or on Facebook. The preemie journey is very different from having a full-term baby. I have been through both. Always remember Miracles happen everyday! 🙂
Thank you so much, Lauren, for sharing your miracle, Isabella Grace, with us. Her story really touched me, as she was born at exactly the same gestation as my twins, and stayed in the NICU for the same length of time as one of my twins. I’m so happy to see she’s doing great, and that she keeps defying all the odds.
Please leave any questions or comments for Lauren below.