Thank you to everyone that stopped by yesterday and left such nice comments. Your words mean so much to me.

The week has gotten better, and today I’m not focusing on the twins, but on my oldest.  I thought I’d take you through his second year. If you missed the first, just click HERE.

My baby was no longer a newborn, but there were still a lot of “firsts” happening. He had taken his first steps right around his 1st birthday, and in the months following, started to gain confidence and walk all over the place.  No sooner was he walking, but then he was climbing and getting into all sorts of mischief. I remember we even had to put a lock on the toilet.  Although, we didn’t have to gate up the house like we do with the twins.

Take a look at the middle picture below. Yes, he was laying in a big roll of toilet paper he unwound. You just leave them for 5 seconds… 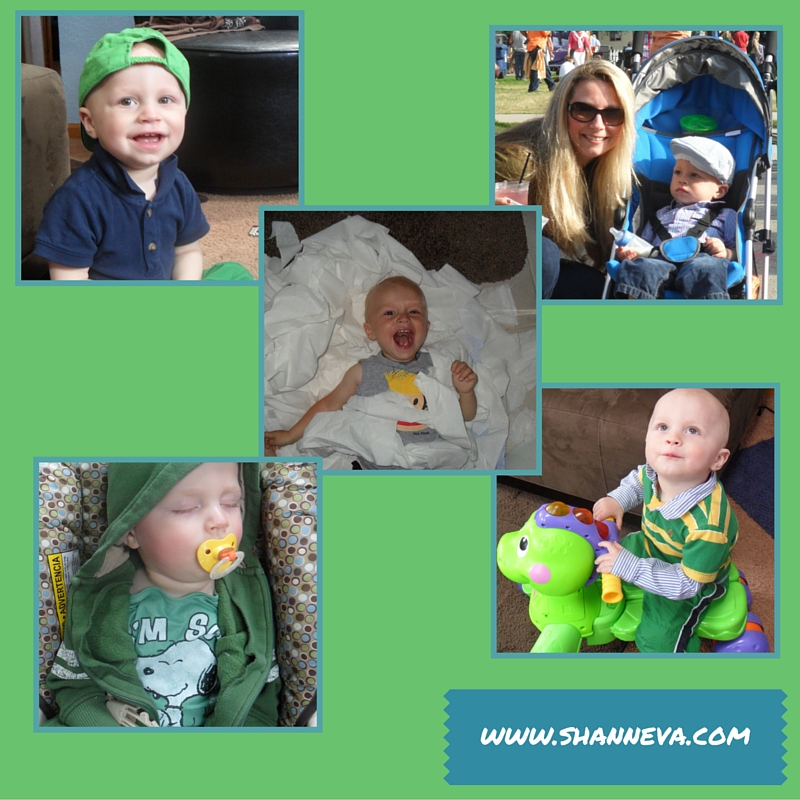 He was also getting his first teeth, and finally a little (but just a little) more peach fuzz on his head. There would be no first hair cut for quite some time. 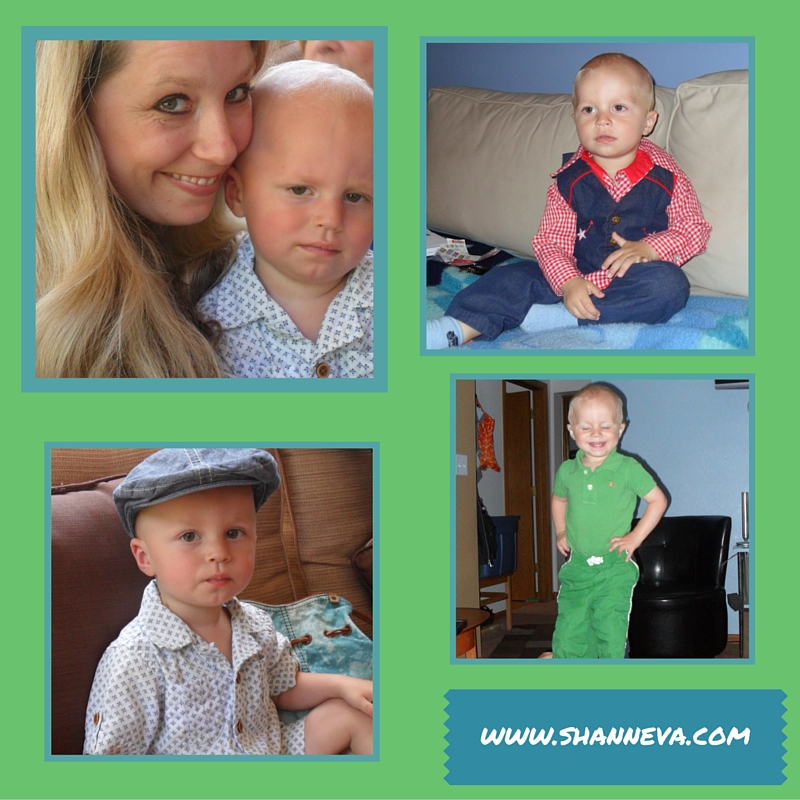 We also took our first family road trip. My Grandma, so my son’s Great Grandma, turned 90 that May. We all drove to Michigan to celebrate with her. He still loved his pacifier, which he called his “Fa Fa.” The other word that he said a lot was “Mo,” which was he called milk when he wanted to nurse. 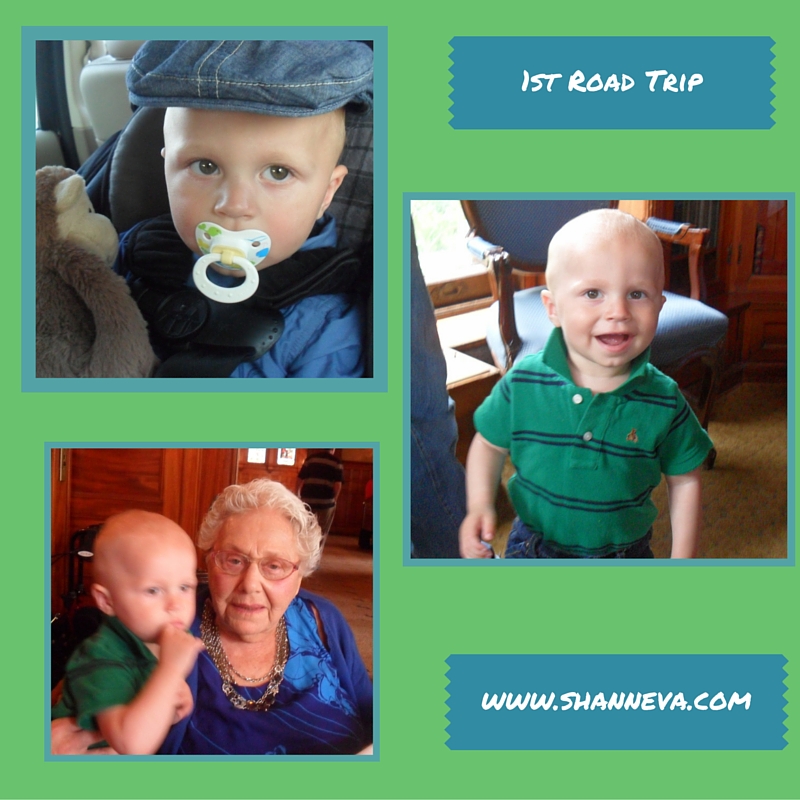 Since I stayed at home during the day, he would come along on all my errands. We would also go to story hours at the library, and go visit Grandma often. We would take walks around the neighborhood, and he was just starting to enjoy the park too.

He was mostly nursing, but we did introduce him to baby food.  He preferred nursing to eating. I really didn’t mind. It was our bonding time.

He was still not a good sleeper, though. Still hating his crib, he’d end up in our bed most nights. OK. Every night. I know you aren’t supposed to co-sleep, but he really wouldn’t sleep anywhere else. I needed sleep, he needed sleep, and my husband needed sleep. It was just the way it had to be.

At the end of the second year, it was time for a birthday party again. This year the theme was The Smurfs. It was his 2nd Smurfday Party! We lucked out, and had a really beautiful weekend. His birthday falls in the second week of October, so sometimes it’s really cold, but this year it was sunny and warm.

We decorated our deck, my husband drew chalk Smurfs on the ground, and we even had a Smurf cake, complete with Toad stools and Mushroom houses. 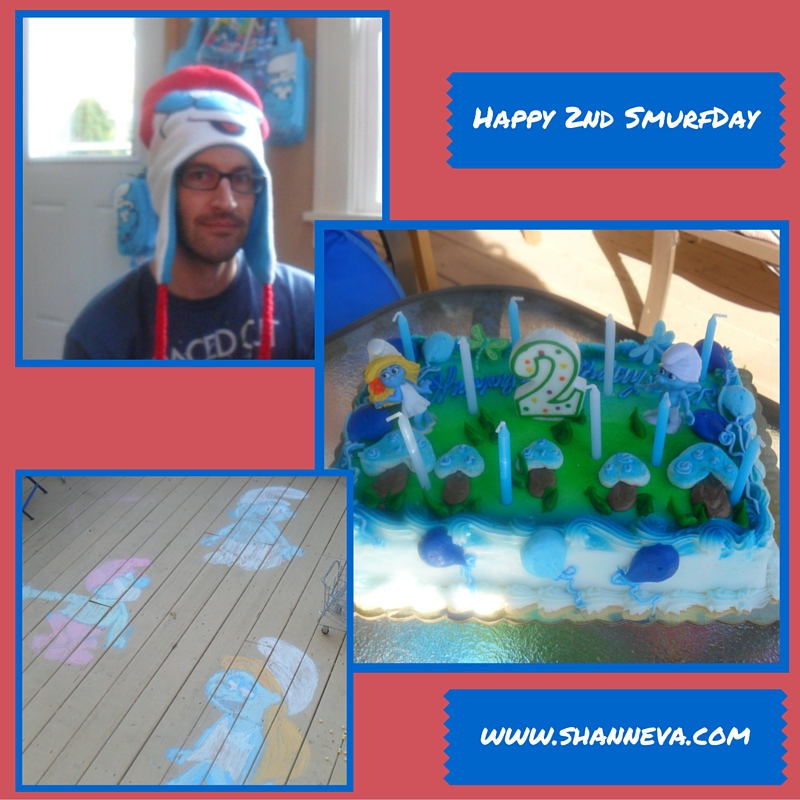 Of course I made my husband where that silly Smurf hat. 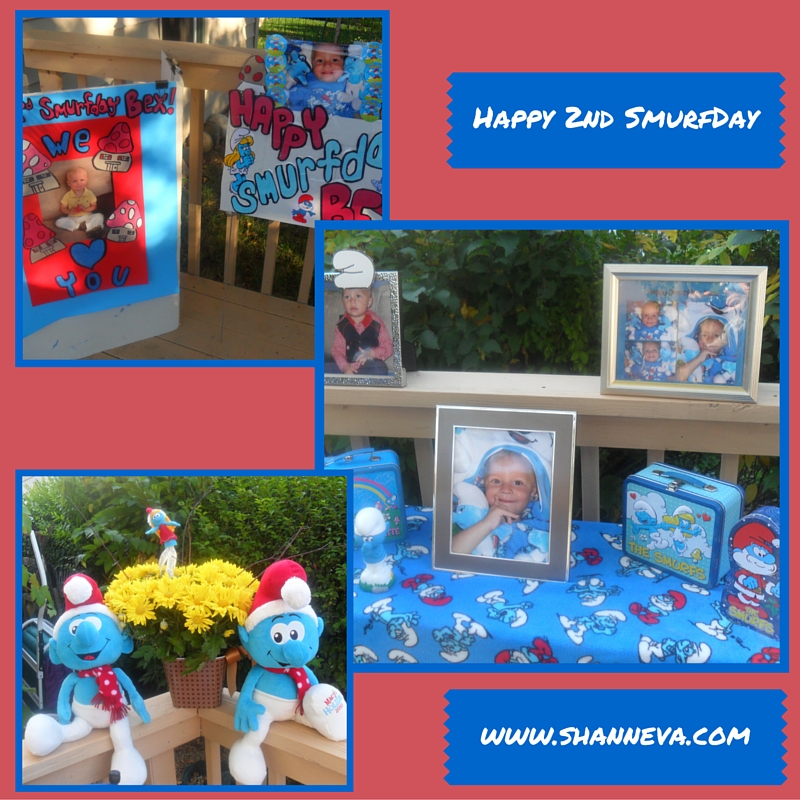 And of course, I had all the decorations way ahead of time. I had waited until after the Smurf movie was released, then bought up everything, including those giant stuffed smurfs for about $2.

Everyone went home with a Smurf bag and coloring book. 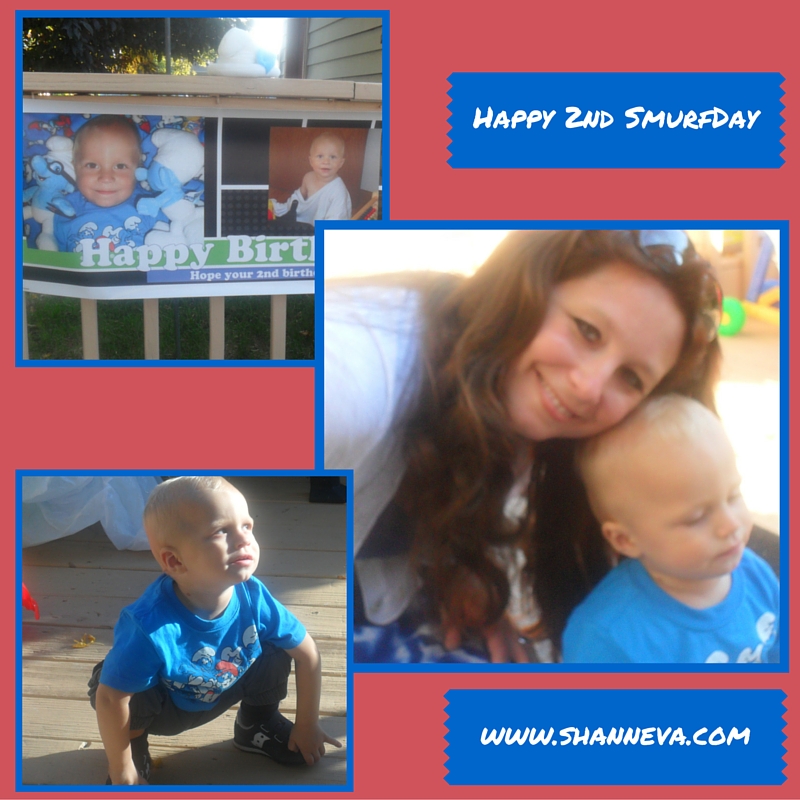 While I was still a little hazy from lack of sleep, the second year I felt a little more confident than the first.

I hope you’ll join me next time for a look at my first born’s third year.