When most people think about the NICU, they don’t think about a happy place. It can be scary and unknown. However, it is also the place where babies’ lives are saved, and where families spend a great deal of time.

I’ll admit, when my twins were first born, I didn’t even want to go to the NICU. I was so afraid of everything about it. The tubes, the wires, the dark, the silence (apart from the beeping) the smell of soap, the worried looks, and my tiny little babies. I was afraid to touch them, afraid to hope for them, and afraid to love them.

As time went on, and as the twins seemed to turn a corner, I didn’t mind the NICU so much. The fear wasn’t as strong, and I wasn’t so afraid every time I stepped inside those locked doors. I was so grateful to the doctors and nurses that saved them. I was also thankful to the machines and medicine that had helped them defy every odd that was stacked against them.

Did I ever think of the NICU as my happy place? No. Did I wish maybe I did? Yes.

After reading an email from a NICU mom, I really thought hard about her words. She used the exact words “happy place” when describing the NICU. 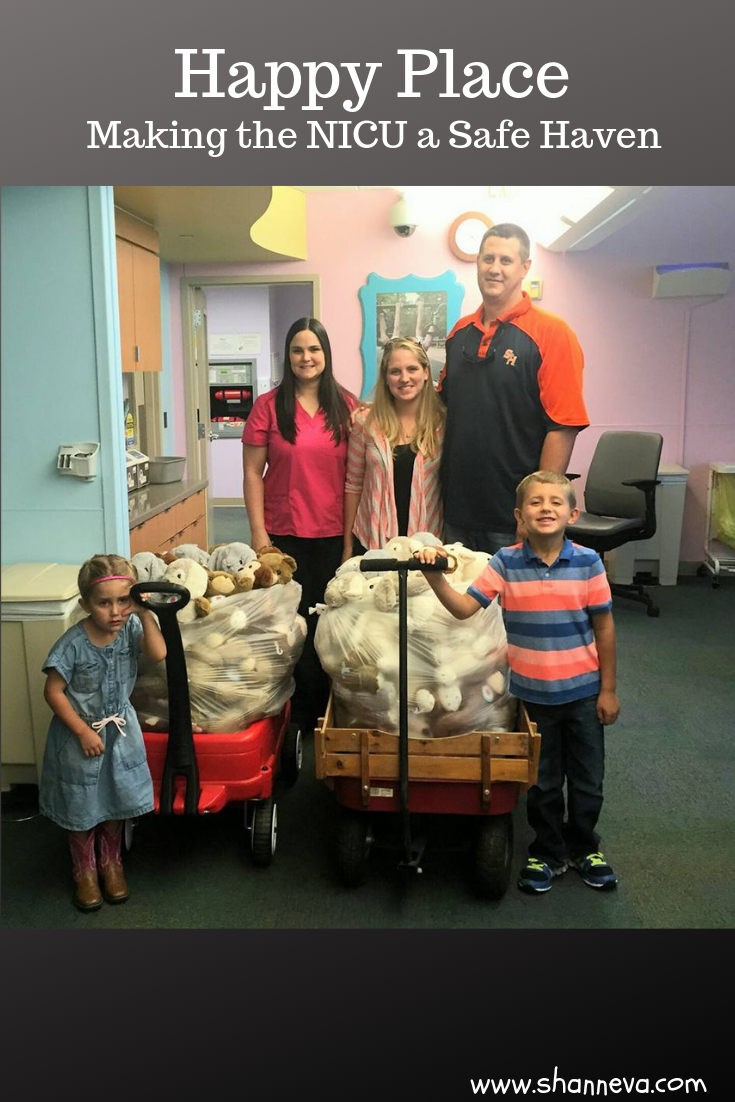 At first, I could never imaging it, but after putting aside my initial reaction, it really made sense. While there was a lot of pain, fear, and loss there, the NICU saved my babies. If it hadn’t been for that amazing place, they wouldn’t be with me today.

Today, I’m so honored to bring you the story of Gage and Sadie, as told by their mom, Stephanie. Their story is filled with faith and hope.

It is also filled with a unique perspective that may make you rethink your feelings on the NICU.

When I arrived to the hospital, my daughter’s umbilical cord was already through the cervix. The medical staff worked diligently to try to stop my labor, but after about 10 hours my water broke, and we were forced to take them via emergency c-section. Unfortunately, they were born so quickly and unexpectedly that they didn’t have time to get the full steroid treatment for their lungs.

On Day 10, both babies went into complete respiratory failure. Both babies, at the same time, were dying. They were on 100% life support, on the highest level of oxygen settings, bouncing between different ventilator machines, and their stats were slowly getting lower and lower.

We had “the talk” with the medical staff where they told us there was nothing more that could be done medically to help our dying babies. There was no other facility in the world that could do more for them either. Their advice was to pray.

We prayed like we never had before, and there was no change. We kept praying, and we slowly noticed that our daughter’s oxygen stats were rising into the 70’s, and then 80’s, and then 90’s! My son was a few hours behind her, very slowly showing improvement.

They made it through that 48 hour stretch and were very slowly on their way to recovery.

Although we were fortunate enough to not have any more of those conversations, there were plenty more scares and surgeries through our NICU journey. 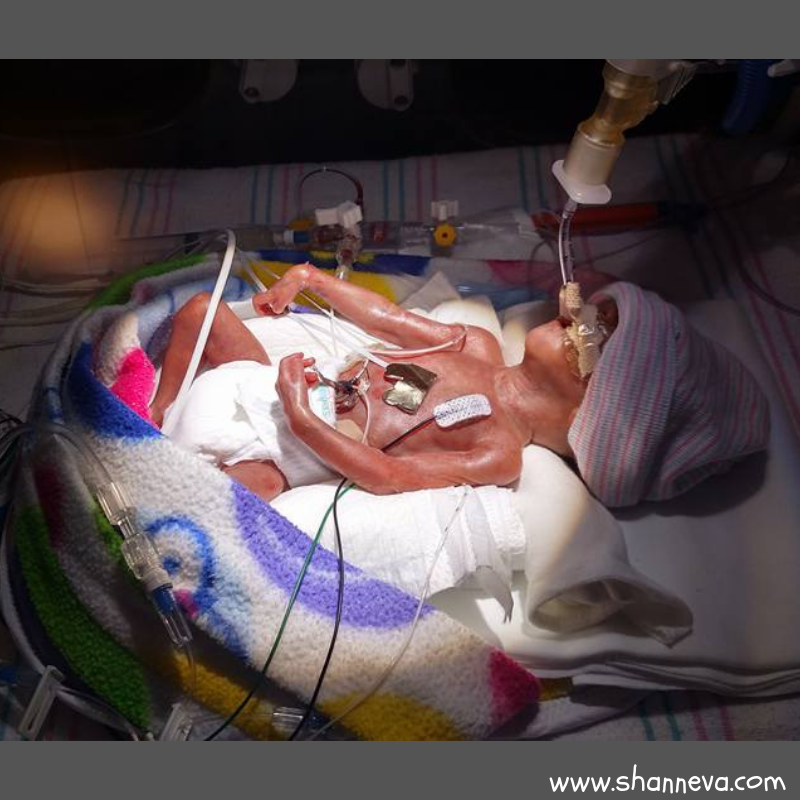 One of the hardest parts that I never expected was going home.

The twins came home on oxygen and pulse ox monitors – I had that totally under control! I felt like I was practically an NNP by that time we left and I had total confidence that I could care for my twins.

The hardest part was the emotional toll of leaving the NICU staff. The nursing staff had become like family during our 5 month stay, and I was so fearful of losing that support, and losing the friends I had made. I felt like I was going through a forced divorce and had to leave behind the people I loved. Fortunately, there were many who reached out to me in the following weeks and validated that their care for our family was real, our friendships were real, and none of that was defined by the walls of the NICU. 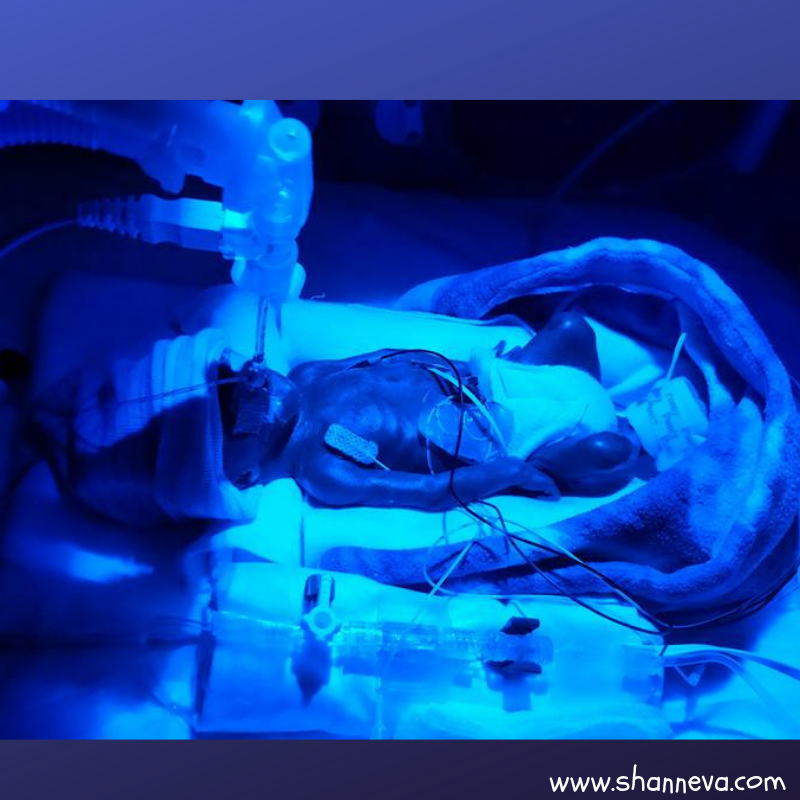 The twins were my 3rd pregnancy, and my first 2 pregnancies were absolute textbook pregnancies. I was not labeled with any sort of risk for pre-term labor nor were there any indications.

We do not know what caused the premature birth other than the fact that I went into labor. Interestingly enough, I had Medical Resistant Staph(MRSA) infection in my blood. I had to stay 9 days in the hospital and get a PICC Line put in for 7 weeks of around the clock antibiotics. Both twins were also born with a staph infection, but fortunately not the medical resistant strand. We don’t know if the infections were a result of the traumatic labor or if the labor was the result of the infection.

To say we are changed would be an absolute understatement. This is a journey that I wouldn’t wish upon my worst enemy, however I truly believe we are far better people because of it. I believe my older children have a greater respect for kids who are different than them, and kids that have a harder time at life thanks to how much they love their little brother and sister. We are stronger in our faith and family. It did take a while to switch gears back to being a wife and mom after having my head in the game as the wife/mom/nurse/dr/therapist/nutritionist/etc., but we slowly found our new and better normal.

Our twins will turn 3 next month, and they are absolutely perfect! Sadie is a little behind in speech, and a lot behind in size, but is pretty well caught up. She will be a 22 lb power pack at the age of 3. Gage was sicker throughout his NICU stay and had a brain bleed so he has to work a little harder but is doing amazing. He is still in therapy for speech and physical therapy, but he is walking, talking, climbing, and laughing. We still pay close attention to their lungs and breathing patterns but fortunately neither twin needs oxygen at home anymore. 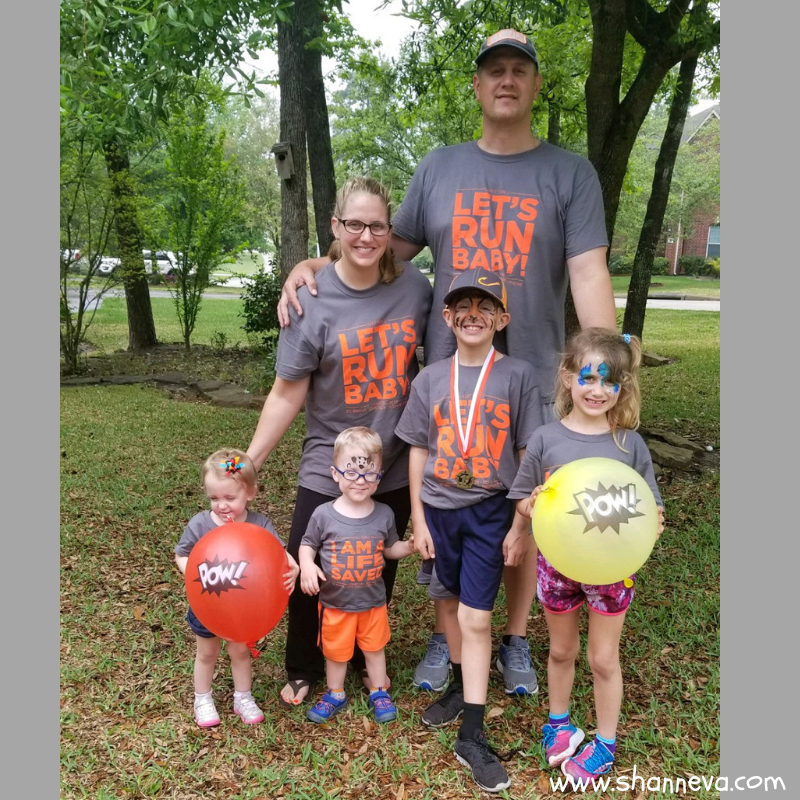 Find your happy place. If it is sitting in quiet, listening to music, writing, reading, scrapbooking, etc. just find something that makes you happy and stable among the chaos.

For me, I made the NICU my happy place and allowed my car to be my place to absolutely lose it. Oh the things those car doors heard! As long as my twins were in the NICU, I was determined that there was a reason to smile there.

It also made me happy to help others going through the same journey. I worked on small projects that often distracted me from the scary reality. We replaced all the sheets and covers for the NICU beds. We completely stocked two NICUs with all the necessary extras such as rock and play sleepers, mirrors, crib mobiles, crib toys, books, etc.

As a family (and community of friends) we have donated 400 stuffed animals to NICU siblings. We hosted a blood drive to help give back to the unit after Gage and Sadie required a combined 23 transfusions. 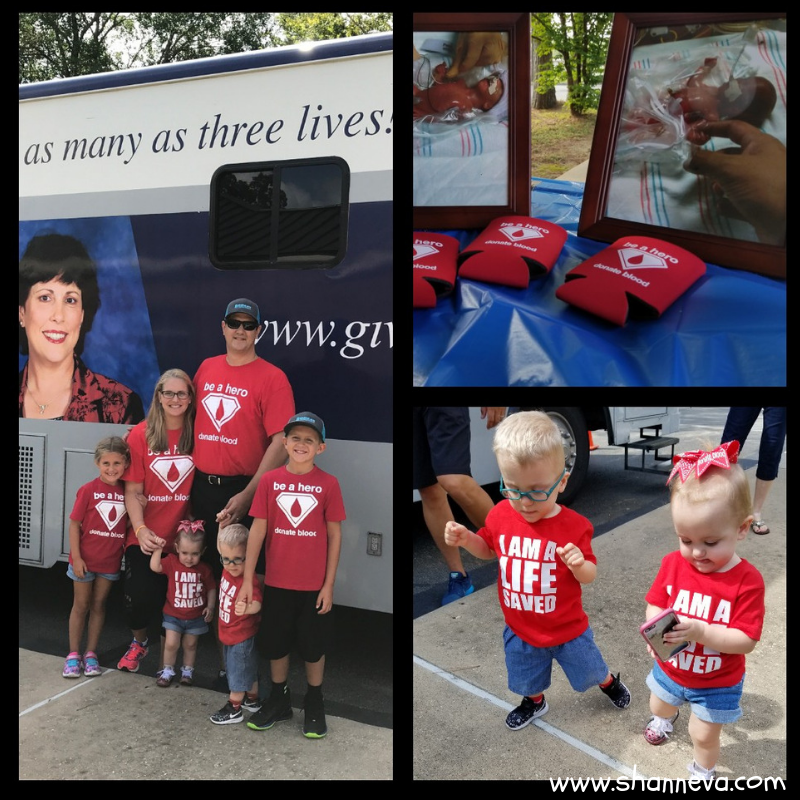 I am the most proud to help offer support to NICU siblings through our program Lauran’s Lovies, which donates stuffed animals to local NICUs. The NICU nurses put a shirt on the animal and use ink to put the baby’s footprints on the shirt. Then, siblings can always have their baby with them.

I am also excited to announce that I published my first children’s book. This book is specifically geared towards helping NICU siblings through the NICU journey. It explains the scary truth about the NICU, followed by a transformation of that truth into a world for superheros. It is called My baby is a superhero* and can be found on Amazon.

*Cick throught the title or picture to purchase the book directly through my Amazon Affiliate link. There is no additional cost to you, and I may earn a small commission.

It was inspired by all 4 of my little heroes. I will forever spend the rest of my life being a voice and advocate for all NICU families. The ones who went before us are the only reason I have my family all together today!

Thank you so much to Stephanie for sharing her amazing babies. I really love how she viewed the NICU, and she has really helped me put my feelings about it into perspective.

I also love all that she has done, and continues to do for future NICU families.