As any preemie or NICU parent can tell you, touch is such an important part of their journey to healing. That connection is something that even medicine can’t take the place of.

When my twins were in the NICU, I wasn’t allowed to hold them for the first week. They were very fragile, and couldn’t handle very much stimulation. The trauma of the delivery alone could have caused them to have bleeding in their brains, so we couldn’t take a chance of moving them until the scans came back.

My little P ended up having a grade 2 brain bleed.

While that in and of itself was terrifying, it also took away my chance to hold him. They needed it to heal before we could move him.

However, that didn’t mean I couldn’t touch him.

I was able to stick my hands through the holes of his isolette, and gently put my fingers on his arm or his tiny little hand. Rubbing his arm would be too much stimulation for him, but just touching him was healing for both of us.

We got lucky, and his brain bleed resolved on its own. I then got to hold the tiniest, strongest miracle I’ve ever met.

Today’s mom, Amber, felt the same way, although she had to wait much longer to hold her amazing boy. She saw the power of her touch and skin-to-skin contact work miracles.

Please meet her miracle, and read their remarkable journey. 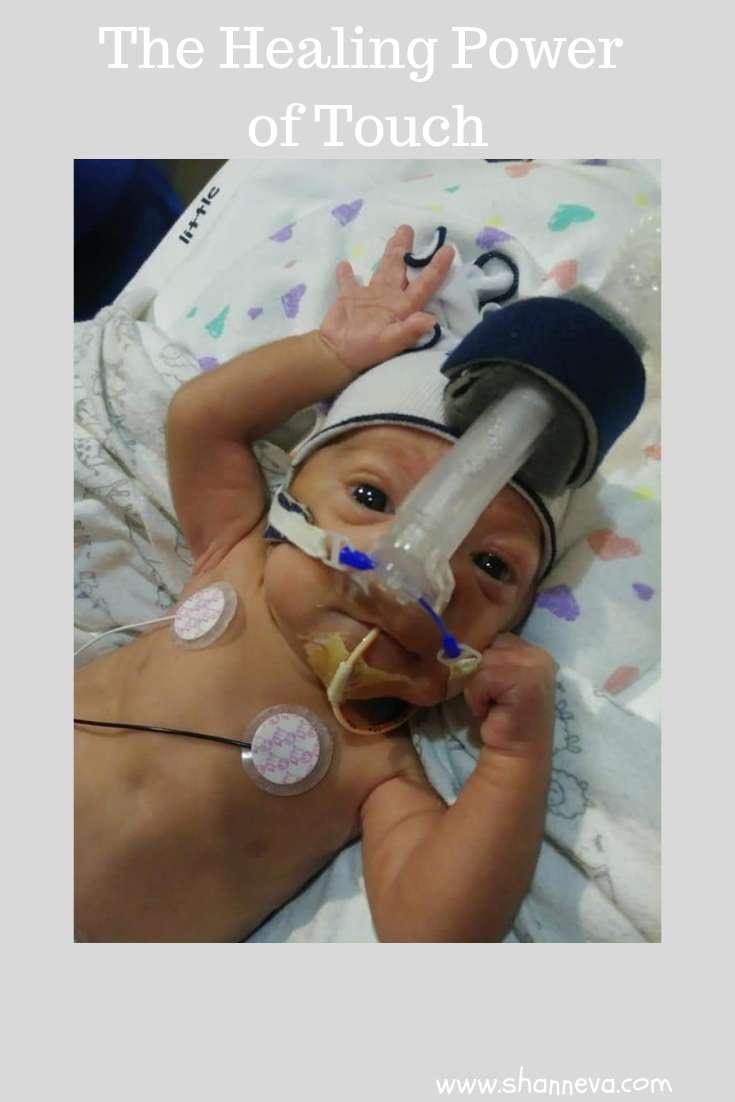 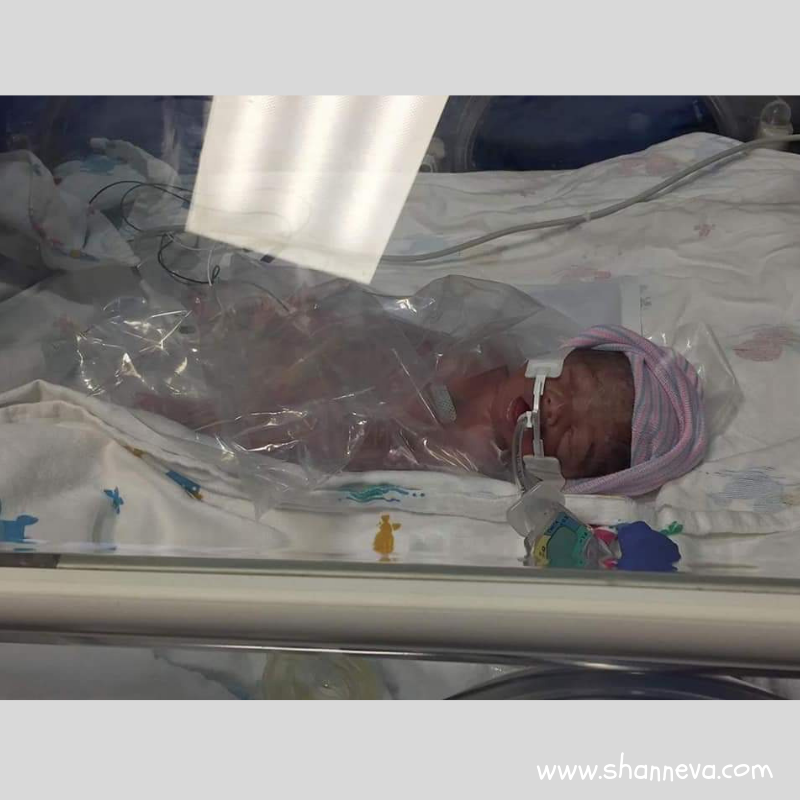 2. Tell us about your NICU stay.

After giving birth, they rushed my baby boy to the corner of the room where his NICU team was gathered. I didn’t get to see what he looked like, I didn’t get to touch him. I didn’t even get to hear him cry. He wasn’t breathing.

I was terrified.The unknown is the scariest feeling.

I had to wait about 2 hours before they allowed me to walk back to his little corner in the NICU room.

We were there for a total of 77 days. I was allowed to hold his little hand and change his diapers. I only got to touch him for 15 minutes every 3 hours for the first 6 weeks. It was hard not being able to hold him. Kiss him. Hug him. But it was what was best for him.

Aiden was pretty sick. He had sepsis. 2 brain bleeds, grade 1 and grade 3. Heart complications: SVT, PDA, PFO, ASD. With his heart complications and not being able to breathe on his own, he coded twice.

But he pulled through!! 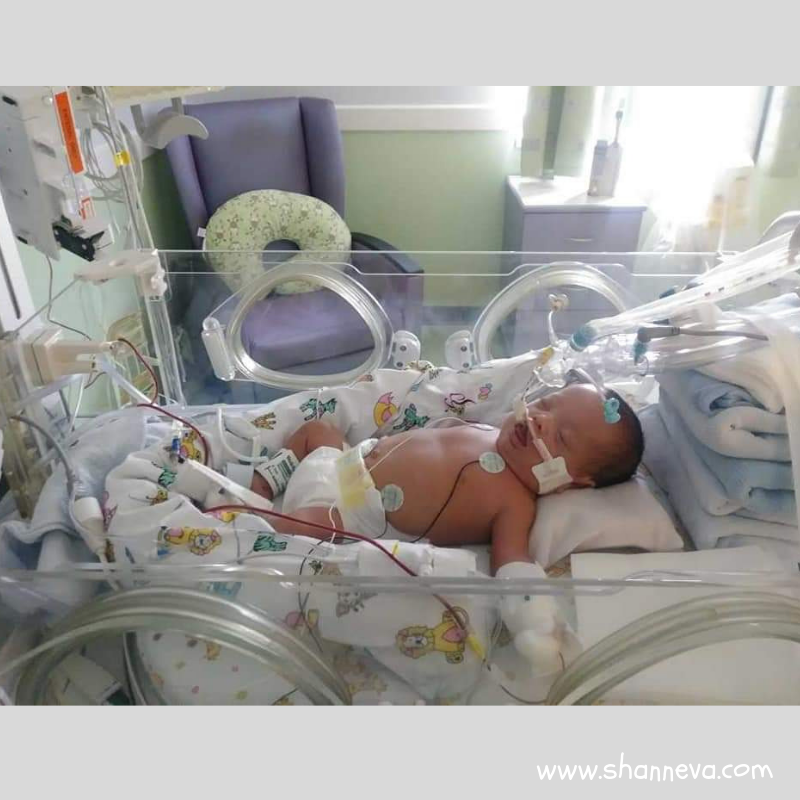 After 5 weeks, I was able to finally hold my precious miracle! He started to become stronger and stronger with skin to skin care. His stats would be the best they have ever been when I held him. The nurses were proud and wanted to try taking him off the ventilator.

After about 6 weeks, he was removed from the ventilator and placed on bubble CPAP. I heard him cry for the first time. It was seriously music to my ears!! We struggled many, many times with brady’s and high heart rates (SVT, stating 230 or higher) and apnea. Most of the time the nurses would run to his bed to intervene. But the older he got, the more he was able to self correct.

Feeding was definitely a challenge. We worked with Aiden for about 3 weeks. At his age and being born so early, they don’t know how to breathe, suck, and swallow yet. This was the only thing holding him back from going home.

Day 75 we were asked to bring in his car seat! He did his car seat test for 90 minutes and passed!  Day 76 we roomed in with him. This is where we stay in a separate room, which looks like a hotel room. We did everything on our own, with no monitors. It was the scariest feeling. I didn’t get any sleep that night. But he did great!!!

Day 77 we were on our way home at just 37 weeks gestation age. 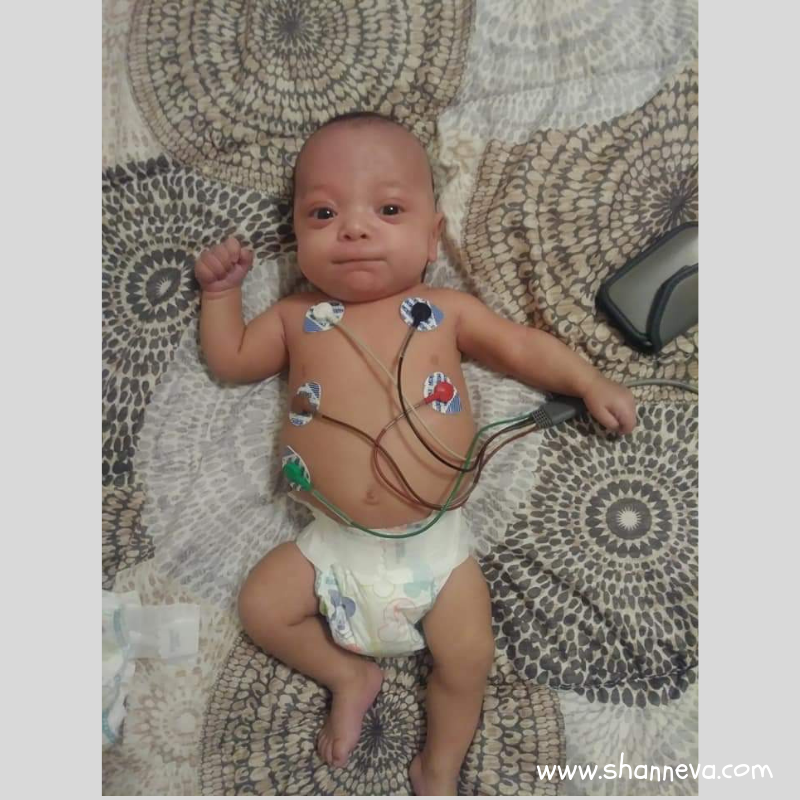 After seeing the same doctor for 8 years, my company changed our insurance plan. My office did not accept the new plan so I had to find a new doctor. When I finally found a new OB, the sonogram tech saw “something wrong” with my cervix. I told her my previous doctor said it was just old blood from my previous C-Section. I had a baby girl just 10 months before they did this sono for my son and I was told that I was “still healing”.

The new office believed it was something different and wanted me to come back in 3 weeks for a follow-up. She believed this pregnancy would be “difficult” unlike my first, which was full term and healthy.

I ended up going into labor a day before my follow-up appointment. The doctor who delivered Aiden believes I had a weak cervix but couldn’t know for sure since I had zero left when I arrived to the delivery room. So they just labeled me as “spontaneous labor”.

I still have a hard time after our long stay in the NICU. I’m doing a lot better than when we first came home.

Four days after we were discharged, Aiden stopped breathing. Dad and I tried everything to wake him up. I ended up having to perform CPR (which is a required course in the NICU, thank goodness!). I got him breathing again before the ambulance arrived.

He was later admitted for another 3 weeks, 6 of those days being placed on life support.

It was the scariest day of my life. I thought we were going to lose him. He got sepsis again due to a viral infection. The hospital ran, what felt like, hundreds of tests but couldn’t come up with a diagnosis. He had to fight whatever he had on his own.

After 3 long weeks, we were finally home! He actually came home from this hospital on his original due date! 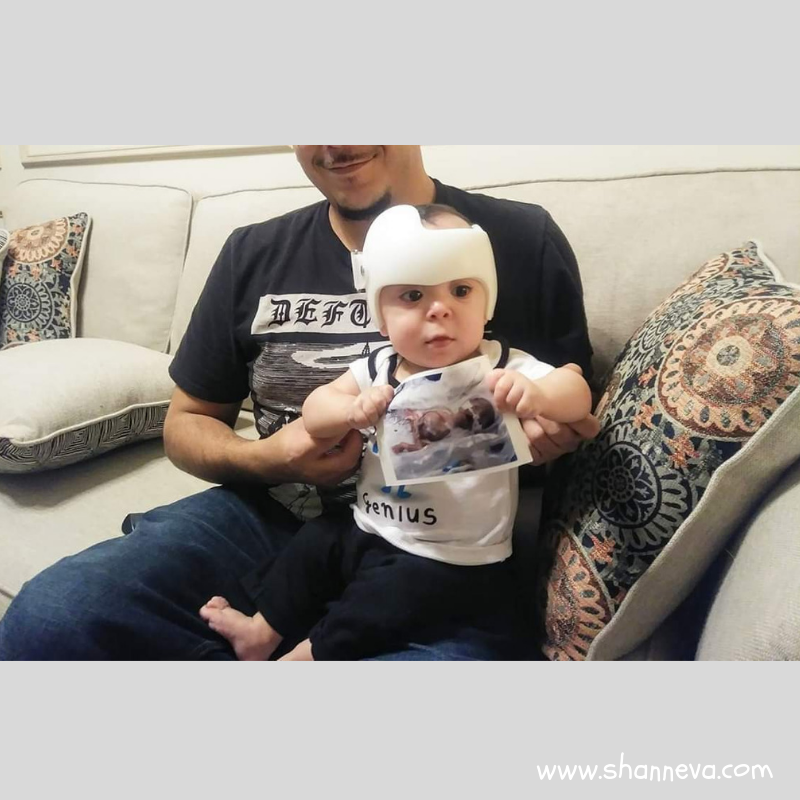 He had several follow-up appointments. Cardiologist, pulmonary, optometrist, NEST developmental clinic, health specialist, and of course pediatrician. Immediately following this discharge, we began early childhood intervention. For 5 months now, he has received Occupational therapy once a week. Aiden just recently started speech therapy for puree feeds. (He loves his carrots!) He gags and sounds congested while eating and drinking so we have been recommended for a swallow study.

5. What advice would you give new NICU parents?

For all you new NICU mommas and daddies, take it one day at a time. I know it’s easier said than done. If you have other kids at home, split your time with them. I will never get rid of the guilt I have, leaving my daughter for 8+ hours every day to spend it at the NICU. Especially when they are still in the isolette and you can’t hold them or feed them. Your baby is in great hands.

I only received ONE phone call from the NICU at about 2am. My heart dropped. But it was just to tell me they ran out of my milk and if I had anymore to bring or if they could use donor milk.

There is a great Facebook group that I follow that I wish I would have known about while my son was in the NICU. So many parents going through the same thing you are. Reach out to them. They have some great advise that can help ease your anxiety! The group is called Micro preemie support network (gestation of 28 weeks or less) 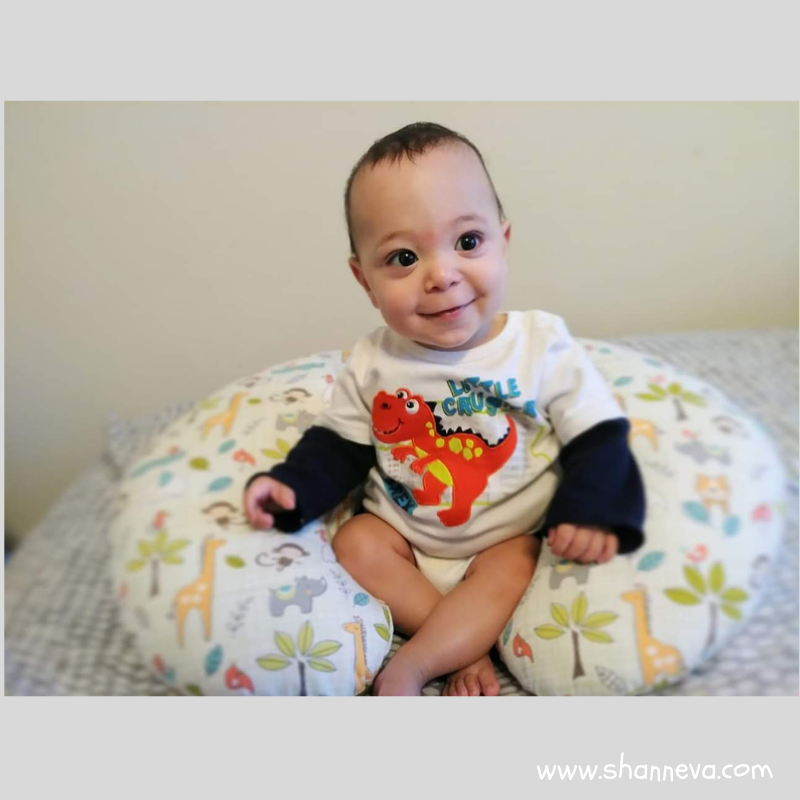 Thank you so much Amber for sharing your journey and amazing Aiden.