You are here: Home / Blog / House on the Rock: Wisconsin Road Trip Part 2

House on the Rock

It’s finally time for part 2 of our Wisconsin road trip! If you missed part 1, click HERE to read all about are time at Little Amerrika. Even though we went during the summer, House on the Rock is a great destination to visit any time of year. 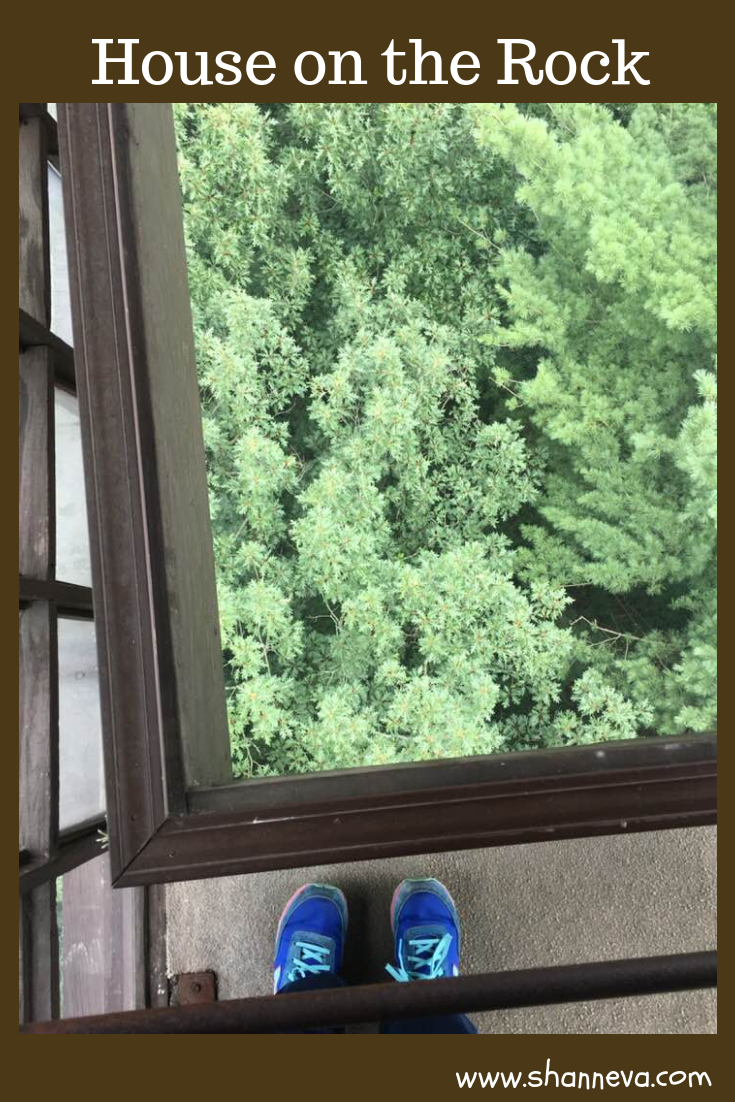 What is House on the Rock?

If you’re not from WI, you may not be too familiar with House on the Rock. It is a historical attraction located in Spring Green, WI.

It truly is a house built into and on a giant rock. It’s filled with incredible collections, surrounded by beautiful gardens, and demonstrates amazing architectural feats. It’s actually very hard to describe it because there is just so much detail in every inch of the property. The pictures I took don’t do it justice.

Built in 1945, Alex Jordan “…had a towering goal: to build a retreat as awe-inspiring as the view from the rock upon which the House would eventually be built,” according to their website. 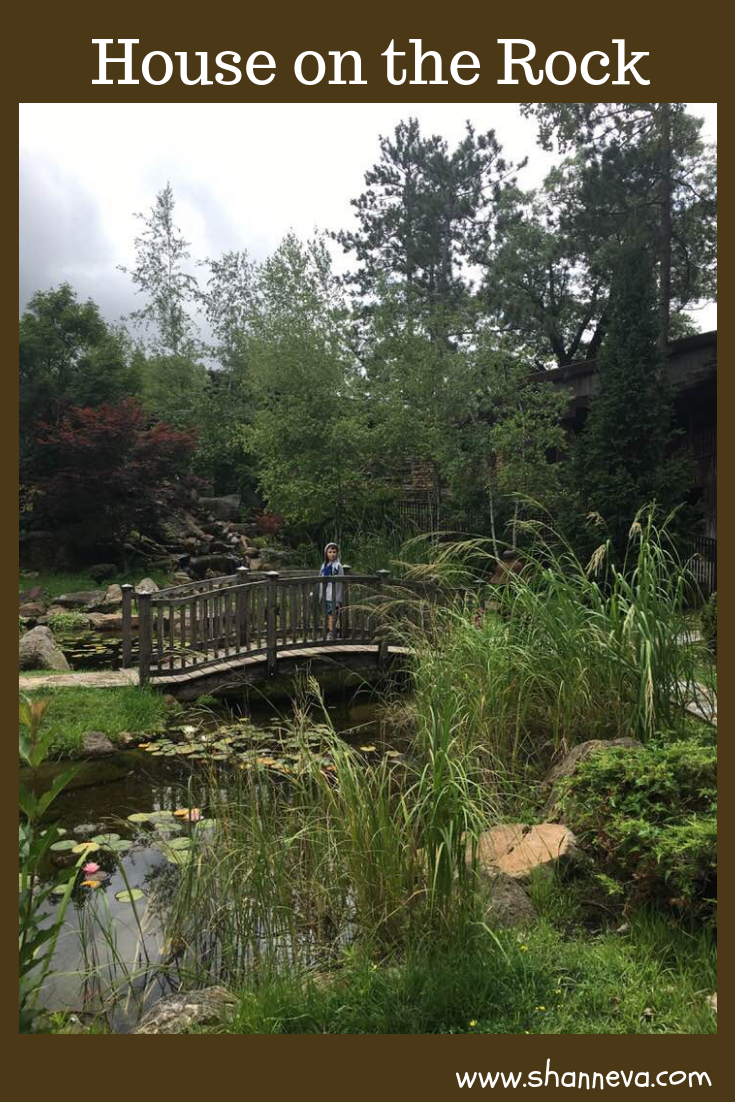 Will Kids Enjoy it?

When we made our plans for our Wisconsin Road Trip, my husband was very excited to add House on the Rock as one of our destinations. I was a little unsure.

As a student, I remember visiting House on the Rock for a field trip. I remember goofing around with friends in the house, checking out the view in the infinity room, and lots and lots of walking. Was it one of my favorite field trips? No. Would there be enough to entertain my children who are much younger than I was at the time? Not so sure.

I warned my husband that the kids might not be as excited about it as he was. I envisioned hours of complaining, of boredom, of too much walking, and general fighting. Basically, the children sucking the joy right out of the experience for him, for all of us.

I’m so happy to admit that I was completely WRONG!

Even though it was only an hour from our hotel, the trip started with many “are we there yet’s” and questions about what we would see that day. Not a great start, but once we got closer things looked up.

We passed by some of Frank Lloyd Wright’s architecture, and once we got on the property, there were many sculptures to look at.

As soon as we got inside the ticketing building, we made everyone use the bathroom, and then we got our tickets. You can buy tickets for one section, two sections, or all three. While not cheap for a family of 5, we figured it was our entertainment for the day, so we went for the whole thing.

The boys were super excited that each person got 5 tokens. The tokens can be used to make certain displays come to life or play music throughout the house. They also make a great souvenir!

The tour is all self-guided, but there are videos in the first building all about the creator, Alex Jordan.

The twins weren’t very interested in watching, but Mr. B was really fascinated. He loves all things building/architecture, so it was perfect for him. There were plenty of other things for us to look at while he watched.

There is also a beautiful Asian-inspired garden, and gorgeous flowers everywhere. 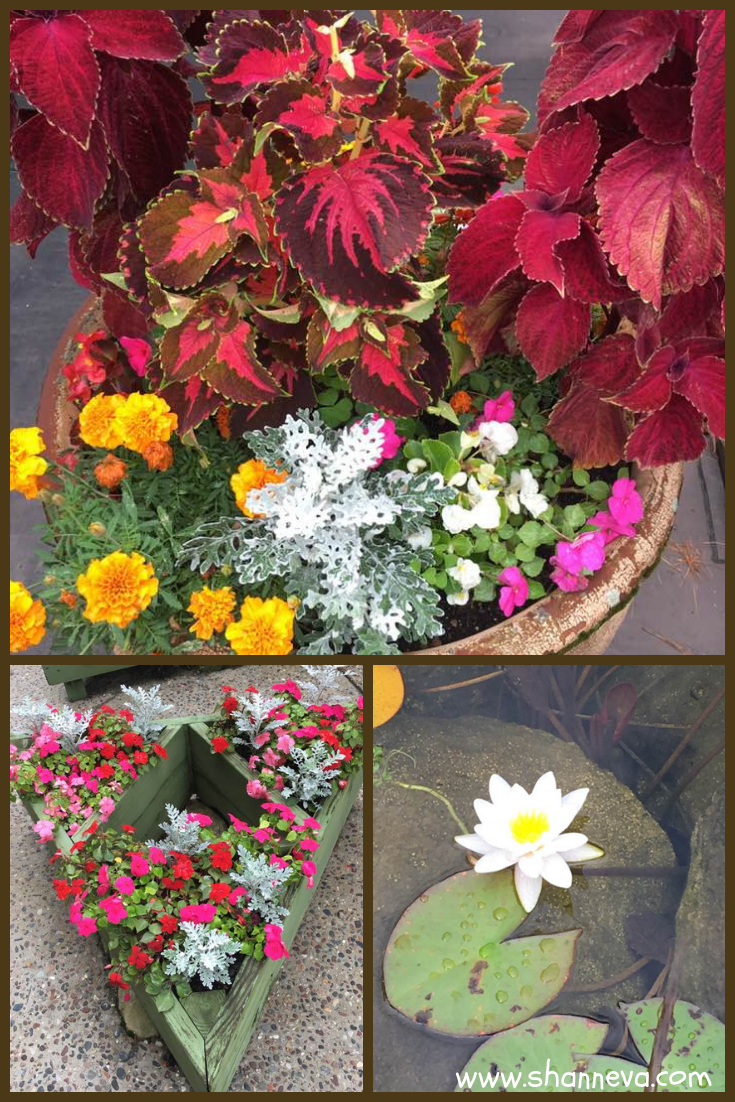 The boys loved watching the fish swim around. 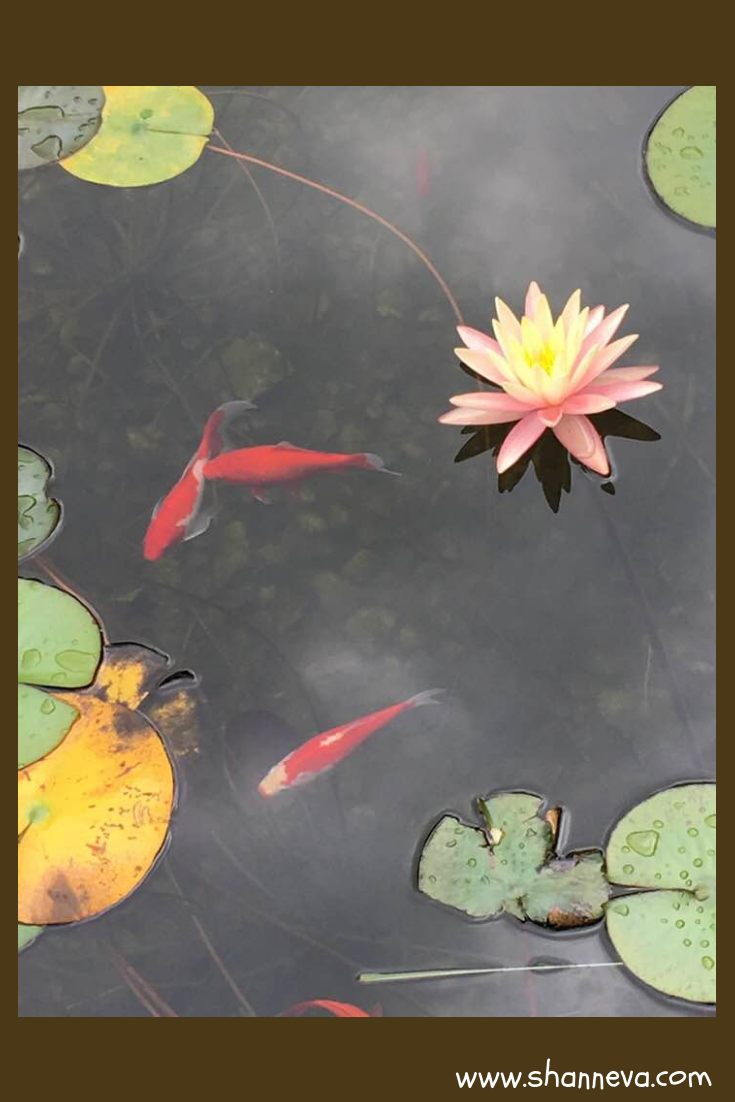 Then, we moved to the entry way house, and finally the main house. Let me just say, there is a lot of “stuff” in there! It’s also quite dark, and there are a lot of small spaces, so if you are cloister-phobic, it may not be the best idea to go through this part.

The boys were very good about holding the railings on the stairs, but not touching anything that was off-limits.

At the very end was the Infinity Room. It’s a room that extends over 200 feet over the valley. I walked all the way to the end, but my husband, who is afraid of heights, made it about halfway. It’s crazy to think how that room is just suspended there!

Little P was not excited about the next part. We had read the brochure in the car, and it mentioned a large sea creature. He took this to mean “monster,” and he was very scared. I kept assuring him that it wasn’t real, but he wasn’t buying it.

The “Sea Creature” is a giant model in the middle of a room that is filled with ships and boats. Once Little P saw it, and realized it wasn’t going to move, he was OK. Mr. B loved looking at the models of the Titanic. 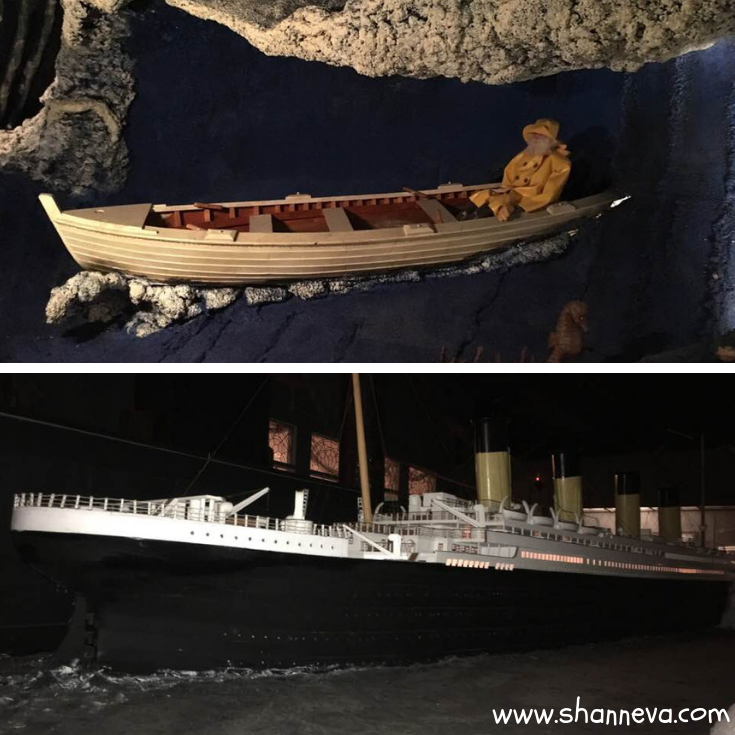 There is also a section of the “Streets of Yesterday” where you walk on cobblestone and see recreations of 19th century life.

At that point, we had done a fair amount of walking, but luckily that’s where the restaurant is located! We each got a slice of pizza, and the adults got a beer. My inner germaphobe was also very impressed that they had a huge container of hand wipes right before you got in line to get your food. After holding on to that many railings, it was great to be able to wipe everyone down.

We finished eating, hit the bathroom, and went on to my favorite part….the giant Carousel. I wish I could have taken a better picture, but it was truly impressive. 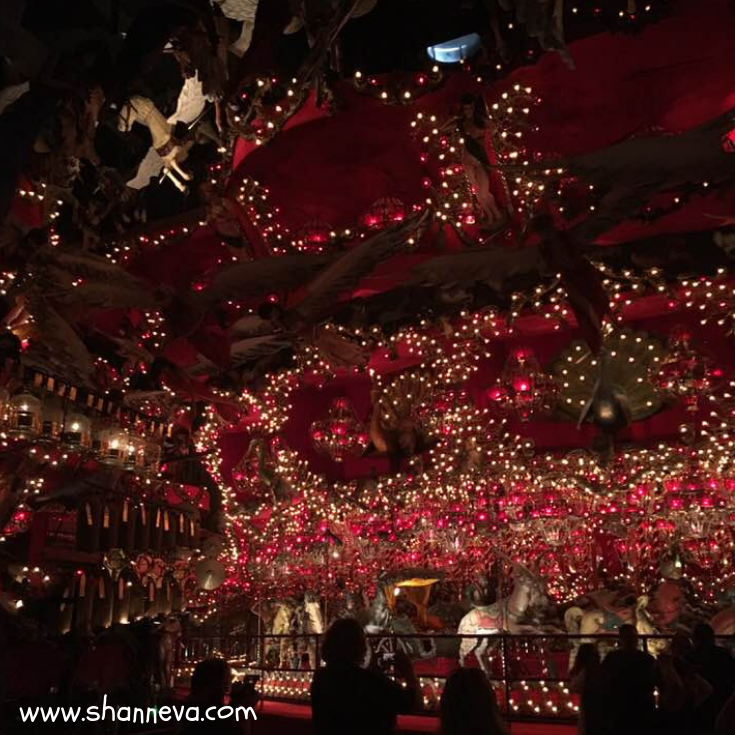 The last section was one of the boys’ favorites. There were tons of places to deposit your coins and organs would play music. It was also the area which paid tribute to the circus. With any good circus, there are TRAINS…both models and life-size ones. 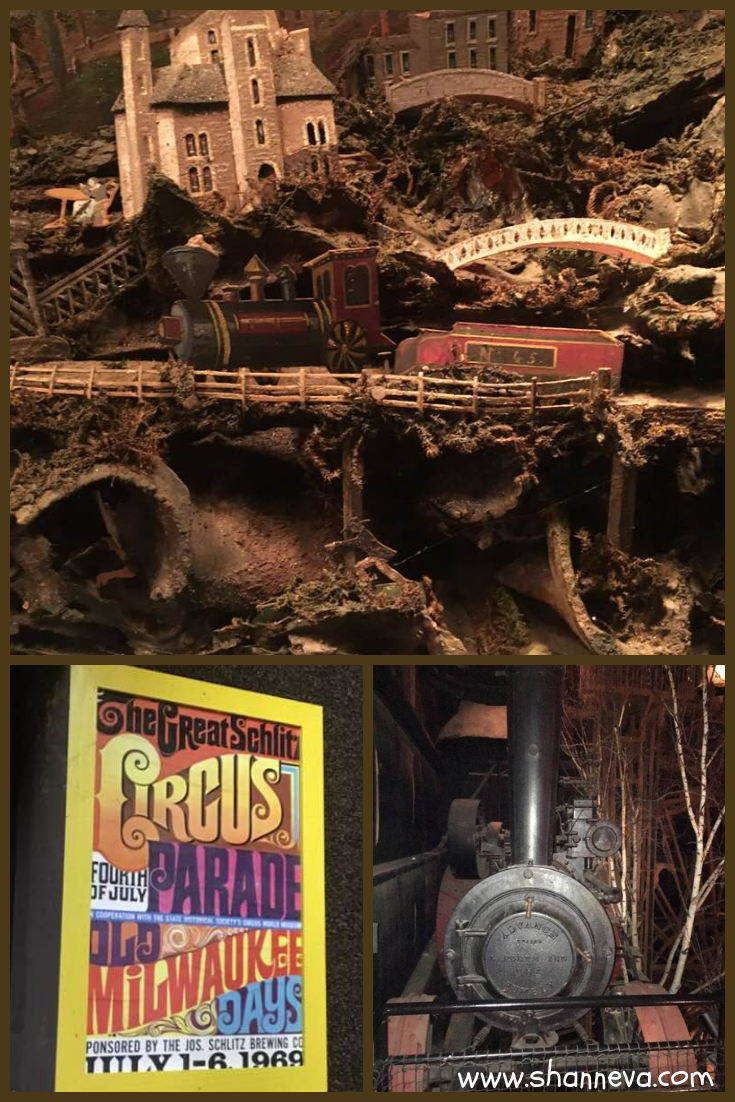 If you know anything about my twins, it’s their LOVE of trains. I think they made me take about a million pictures. I’m not sure if they’ll ever look at them again, but they wanted each train documented.

Finally, the tour ended with the doll carousels (a little creepy) and a Japanese garden(beautiful and peaceful.) 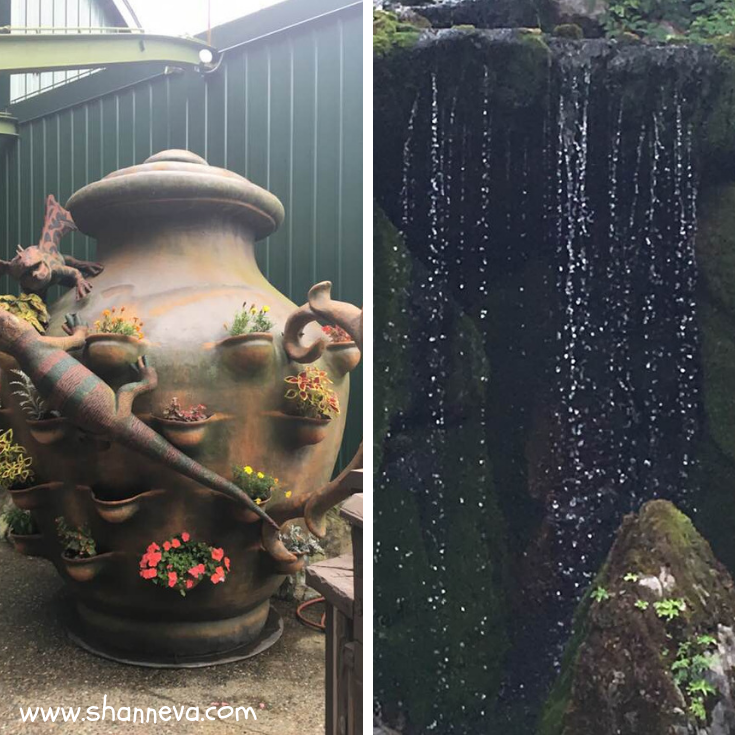 By the end of the day, the boys were tired, and had finally hit their limit of good behavior. It really was a lot of walking, and we spent the recommended time of 3 hours there. It was really worth the money for the amount of entertainment.

In their sheer exhaustion, unfortunately, Big C ran into a railing and hurt his cheek, so I had to carry him out.

Of course, you can’t just carry one twin.

Luckily, it wasn’t too far to our car.

The ride back to the hotel was much quieter, and I think one or two boys may have even dosed off.

But, as soon as we arrived at the hotel, they were ready to go. Swimming, dinner, and cartoons were on tap for the rest of the day.

I’m really happy my husband thought of House on the Rock. The boys truly enjoyed it, and I loved watching their reactions to everything. Plus, they still each have a souvenir coin…and a ton of train pictures. 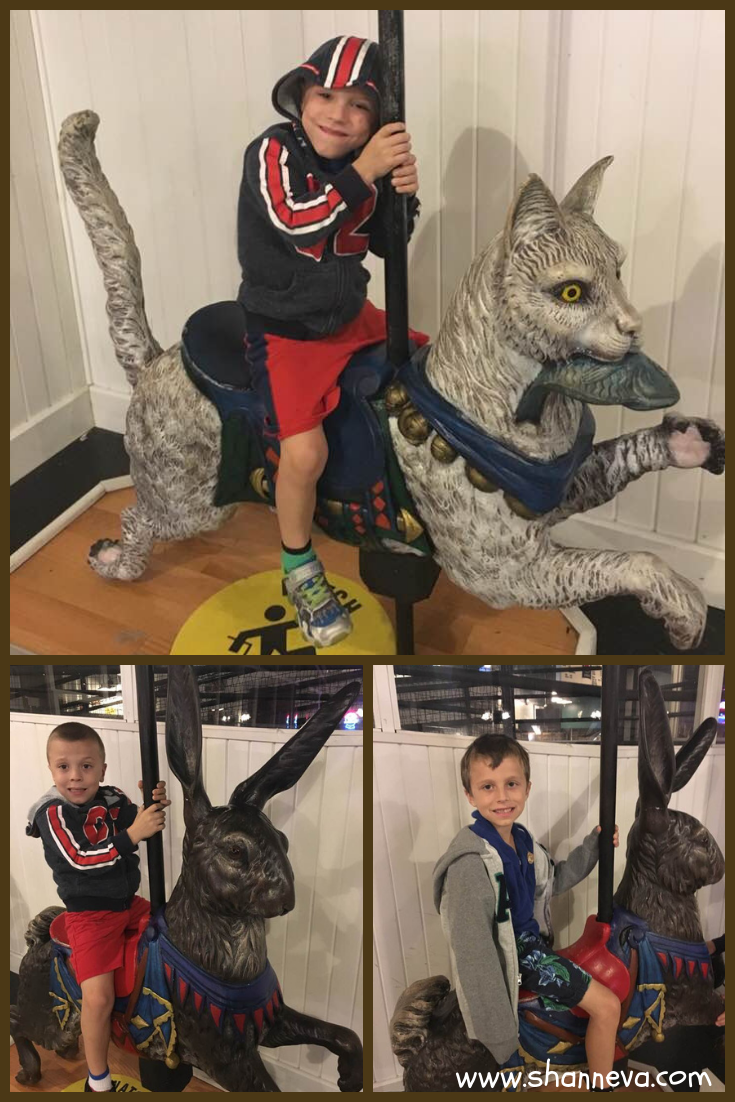 Have you ever been surprised your husband/partner was correct? (just making sure you’re reading all the way to the end, honey!) Would you like to visit House on the Rock some day?