You are here: Home / Blog / Micro Preemie Mondays with Evangeline and Noelle

Today’s Micro Preemie Monday is a story that hits close to home for me. You will meet Micro Preemie Twins who were born almost the same gestation as my boys.  In addition to being Preemies, they also are survivors of TTTS and SIUGR.  Twin to Twin Transfusion Syndrome and Selective Intrauterine Growth Restriction are both very serious conditions of the placenta where one twin does not receive enough nutrients and the other receives too much.  To learn more, or if you know of anyone pregnant with Identical Twins, please visit The Twin to Twin Transfusion Syndrome Foundation.

Now, I will let mom, Sophia, tell you about her Identical Twin Girls.

1. Tell us about your baby/babies

Well, I’ve had 6 babies (all girls!) but only two were MP’s. Evangeline Joy and Noelle Eloise were born at 25 weeks 6 days gestation weighing 1lb 10oz and 1lb 12oz. 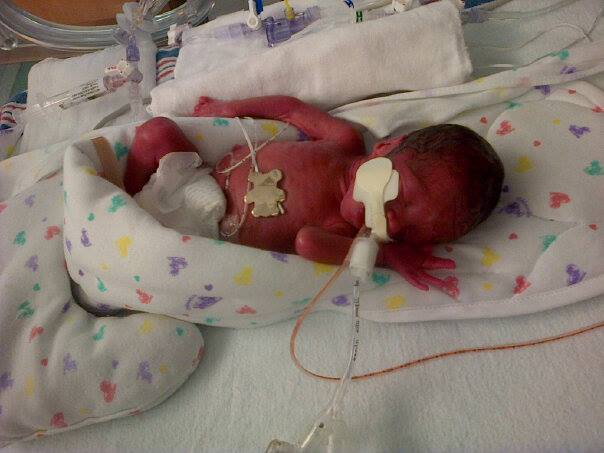 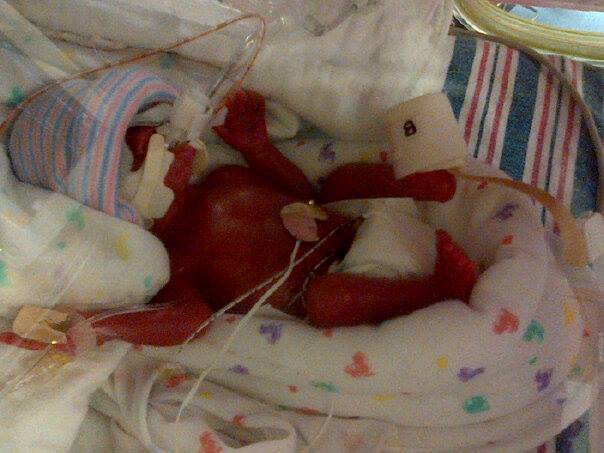 Noelle was in NICU for 104 days and then came home with a feeding tube (temporary one like used in the NICU,) Ileostomy (an opening made in the small intestine) bag, Oxygen and the A&B’s (Apnea & Bradycardia) monitor.

Evangeline was there a bit longer because she got Influenza just the day before she was set to discharge so she was in isolation for a few weeks and was released after 132 days. She was also on Oxygen and had the A&B’s monitor. 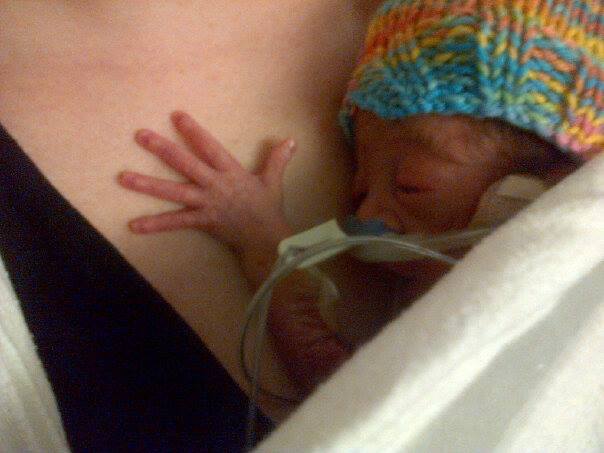 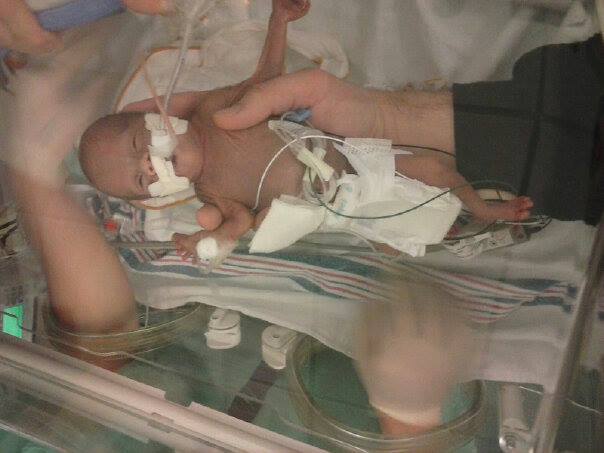 Feeling completely helpless. Feeling like I was in the way. Feeling like if I talked to them or sang a song or read a book that I would be judged, so I didn’t. Almost losing Noelle after an intestinal surgery at just 5 days old. She bled out internally because she didn’t clot at all after surgery. Everyone was sure she was going to pass away that night. She looked so terrible. They had me call in my husband and our pastor. It was the hardest night of my life. All that she had already been through to get here and then THIS was going to take her? But she had a full recovery after about 6 weeks, Praise the Lord for that. I also had 4 young girls at home from 6-1 who desperately needed me and my attention but I just didn’t have anything left to give them. I was a wreck. 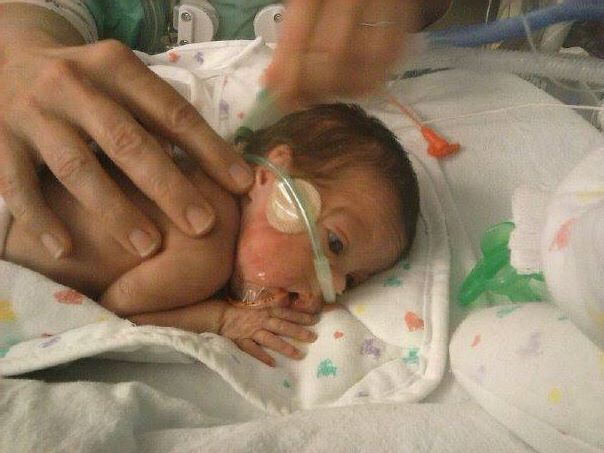 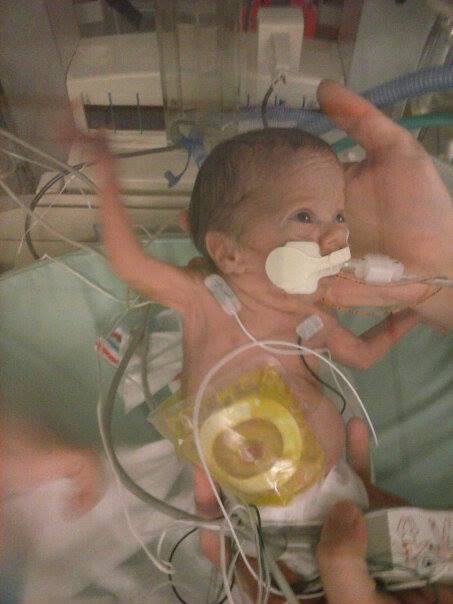 We developed TTTS officially at 22 weeks though there were signs at 18 weeks. We had the laser surgery at Denver Children’s at 23 weeks. We found out that Evangeline (recipient) had 6 liters of fluid and Noelle had zero and no visible bladder or kidneys on ultrasound. Noelle also had SIUGR with only 10% of the placental share. They actually cut her section of the placenta away because they were pretty sure she wouldn’t make it after surgery and we would lose her and they didn’t want her death to affect the placenta and then ultimately affect her sister. However she was a fighter and she pulled through and almost caught up with her sister by birth. Once I Was released from Denver Children’s and back home I was supposed to be on bed rest, but with it being flu season and my girls being sick for 2 weeks, no one was willing to come help with them (understandably because they all had young families as well) and due to over activity my water broke at 25&4. They hoped to keep the babies in until 32 weeks (obviously) but infection set in and within 48 hours it was noticeable and they had to be delivered. 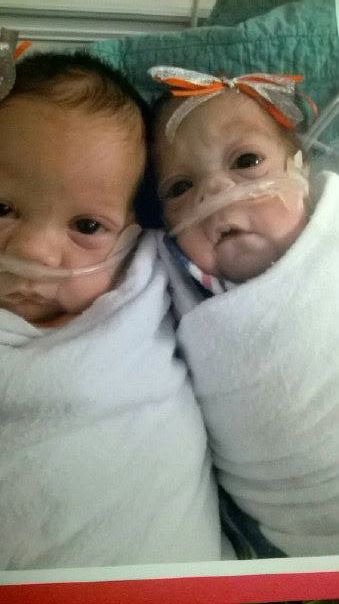 Big picture- Fabulously! They are 19 months old, behind developmentally by about 9 months but we are working with therapy often to try to catch them up and no big issues. Noelle had Agenesis of the Corpus Callosum which means she is missing the nerve center between the left and right hemispheres that makes everything fire together and coordinate, so she just recently was able to wave or clap and things that require coordination just take longer for her but her brain and she will adapt. I still get emotional about things, but am doing much better this year than last. I believe I had PTSD for the first year or so. I felt like I never really “felt” anything strongly while they were in the NICU, always putting on a brave face. Then months later I would relive things and fell ALL of the strong emotions. It was kind of surreal in a way. 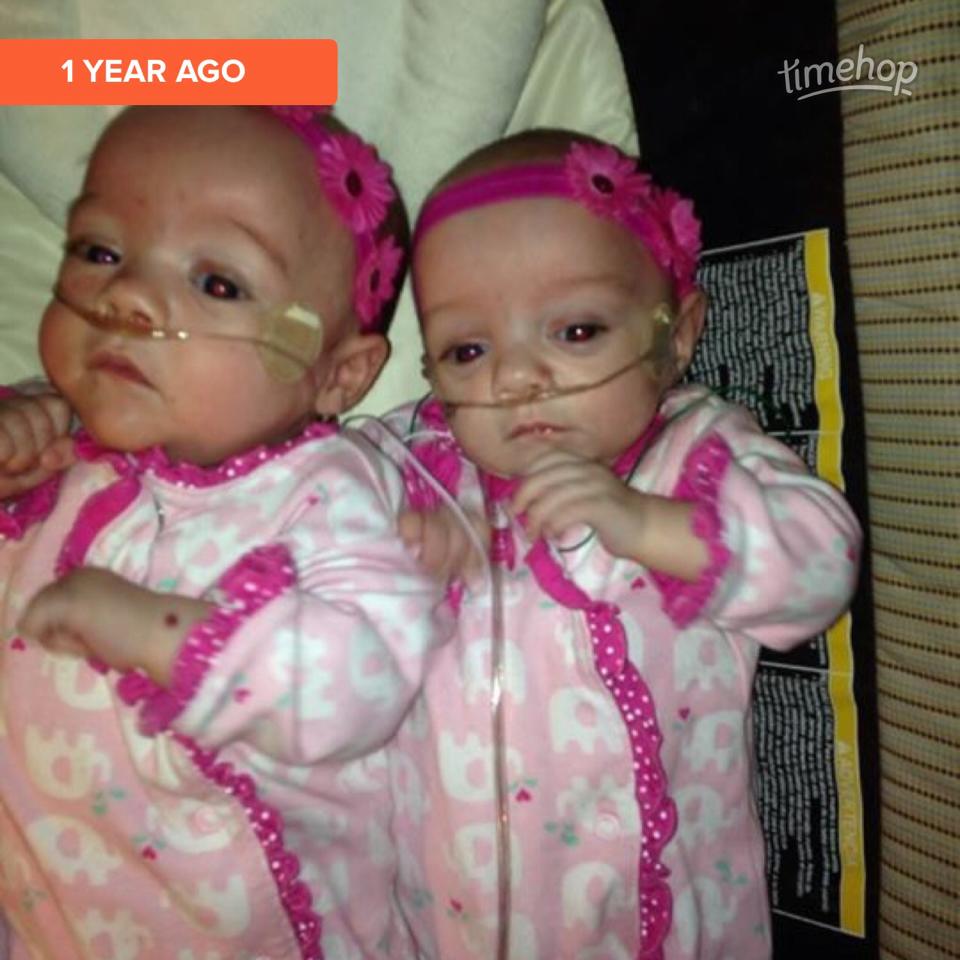 Find the balance between trusting yourself and trusting your Drs and Nurses. Know what they are talking about every time that they talk to you. Ask ALL of the questions you possibly can. Do research! If they tell you something, write it down and try to remember it. Not in a burdensome way, but because that is YOUR baby and YOU should get to know everything about them and something you remember or have written down can change their care plan in the future. There isn’t always great communication between shifts and nurses and Doctors but if YOU can fill in the gaps, it really, really helps I think. ASK FOR HELP!! With anything and everything! Babysitting if you have older children, feeding your family, feeding you, cleaning your house, taking you to the hospital if you don’t have a second car. Also, let the hospital know if you need help. We only had one vehicle and they gave me taxi vouchers for every single day! They paid my way there and back. People won’t know what to do or say or how to help. You have to ask for help! THIS is hard and you WILL need support and help, and it’s not over in a week. It will last MONTHS for most of us. Always call to check on your baby if you can’t be there and you feel the urge, even if you have already called twice that shift. Always remember that you are their parent and you get a say and you are not an inconvenience or just an extra body in the way. Always touch and hold and talk to and be present with your baby when you can. Always speak up if you think your baby needs something or if you feel they aren’t getting cared for in the absolute best way. Do NOT make big life decisions like splitting up with your partner etc. during this time. It’s just best to leave those things until you have a little more sanity back. Realize that even though your spouse may not be showing the same emotions that you are, are going through the EXACT same thing you are and give them grace. 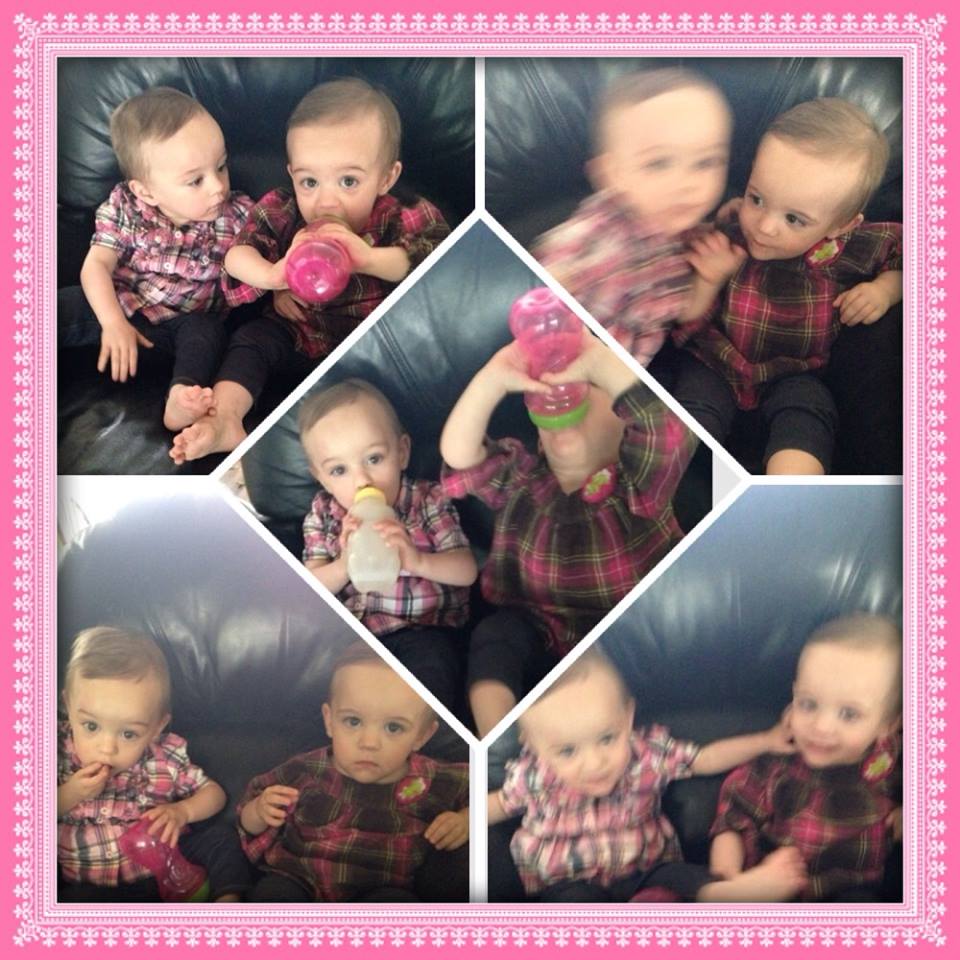 Thank you so much Sophia for sharing your girls with us.  In a few weeks, we will include the twins in our update post to see what they are up to today.