You are here: Home / Twins / My First Baby and A Brother of Twins

What is it like to be the brother or sister to twins? 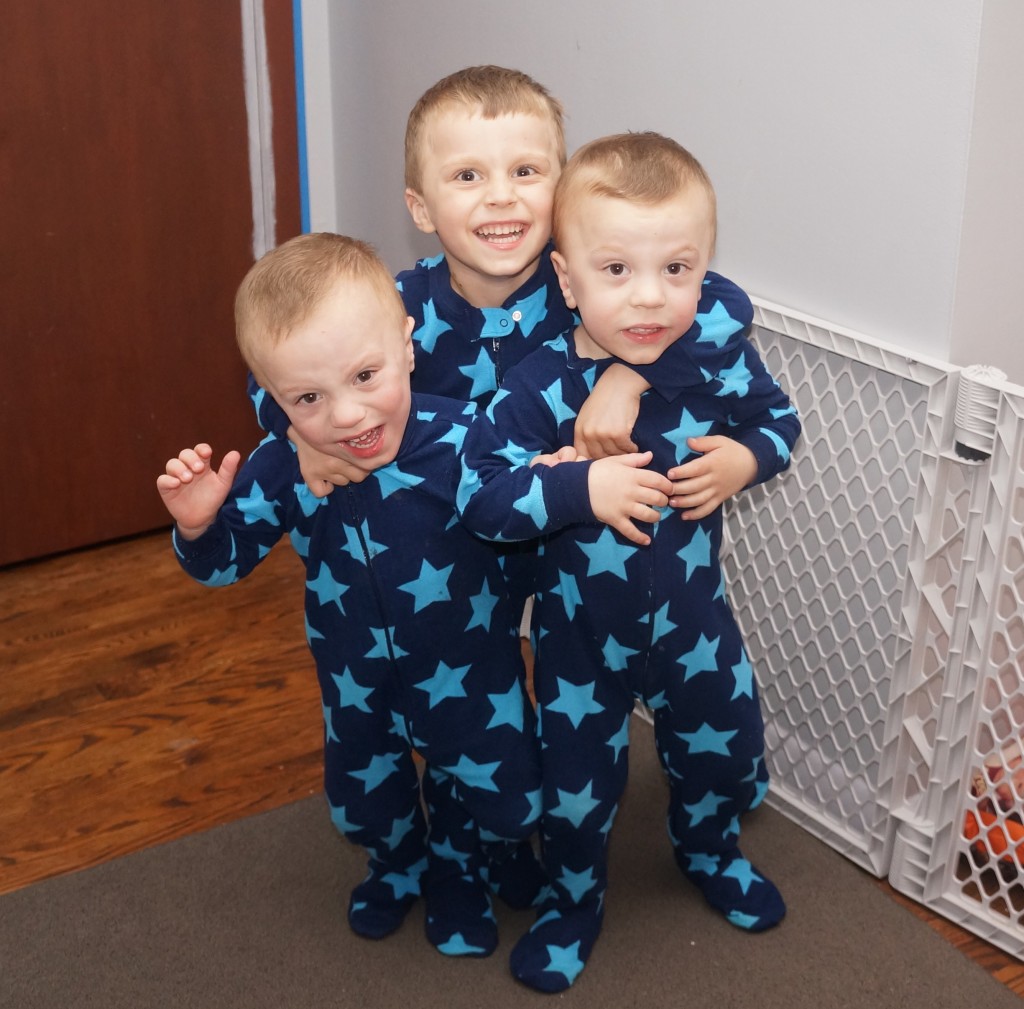 I often think about this and sometimes worry about my oldest son.  Does he feel left out?Does he wish he had a twin?  Is he jealous of the attention they get when we go out in public?

After I had my first son, I knew I wanted him to have a sibling.  I just didn’t know he would get two at once.  I also didn’t know what a hard pregnancy I would have, so I feel guilty that I missed out on part of his toddler years.

He had just turned 2-years-old when I became pregnant with the twins.  We had been trying for a few months, but nothing was happening. I was actually still nursing him, so thinking that might be the reason I couldn’t get pregnant, I slowly weaned him.  The next month, I was pregnant. 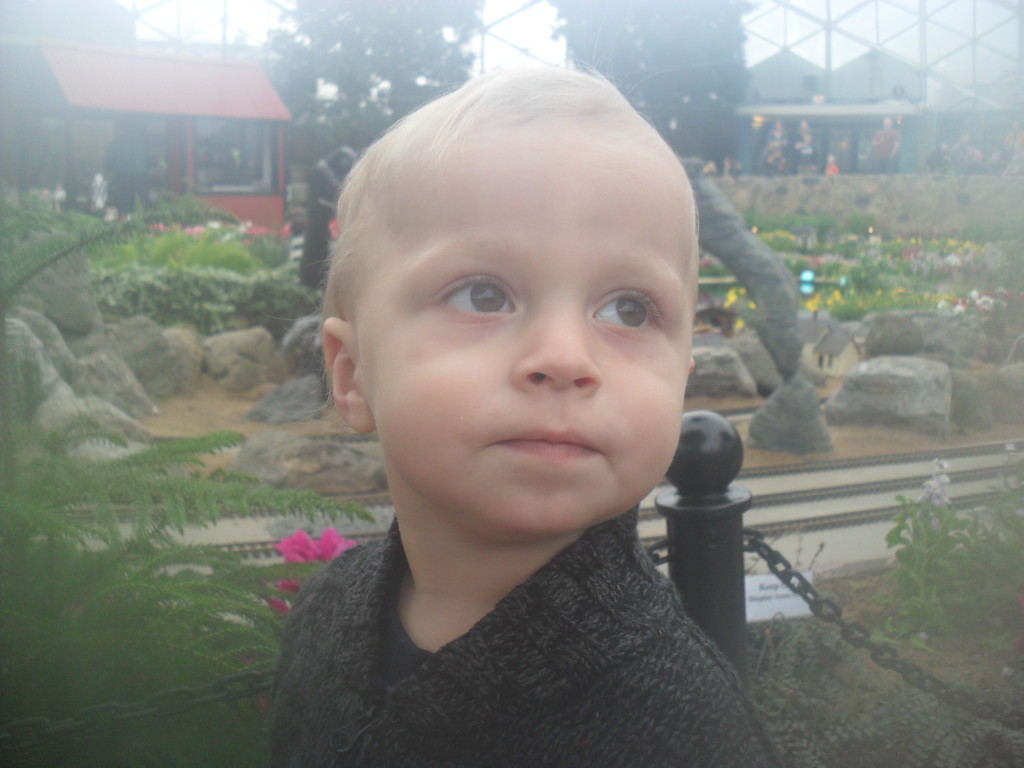 If you’ve read my pregnancy story, you know how complicated it was.  It was really hard to take care of my two-year-old with all the physical and emotional stress I was going through.  Until that time, I had never been apart from my two-year-old for more than a couple of hours.  During the last part of the pregnancy, I had to shuffle him between Grandparents and Cousins.  I had to spend many nights apart from him, which broke my heart.

Even though he was so young, and probably doesn’t even remember, I still worry that it had an effect on him.

Once the twins were born, it was even more complicated.

He wasn’t allowed in the NICU because he was so young. At our hospital, children must be at least 3-years-old with current vaccinations to protect all the tiny, sick babies.  I, of course, understood the rule, but it was so hard.  I had to split my time between the hospital with the twins and my baby at home.  I never felt like I was in the right place for the right amount of time.

When they were released, there were still complications.  We had nurses and physical therapists coming to the house, plus we had tons of appointments outside the home.  Other than that, we couldn’t take the babies anywhere because of the risk them getting really sick. This prevented me from taking my then 3-year-old to any type of play group or place with a lot of kids.  I just couldn’t chance him getting sick and spreading the germs to his brothers.

I also had to wait on signing him up for preschool until just this last Fall.

So, even though he missed out on a ton of interaction with his peers, and missed out on some quality mommy time, I know deep down that he’s fine.  I just have to push down that worry I get every once in a while.

He’s smart, curious, and always thinking.  He’s a master Lego builder, loves finding out how things work, and an amazing artist. He’s still my biggest cuddler, and always tells me he loves me.

Will he be happy he has twin brothers?  For the most part, I think he’s happy with them right now.  I think he wishes they were a little older, so they could play with him more, but that will come soon enough. I know he loves them, even if he doesn’t always like them. 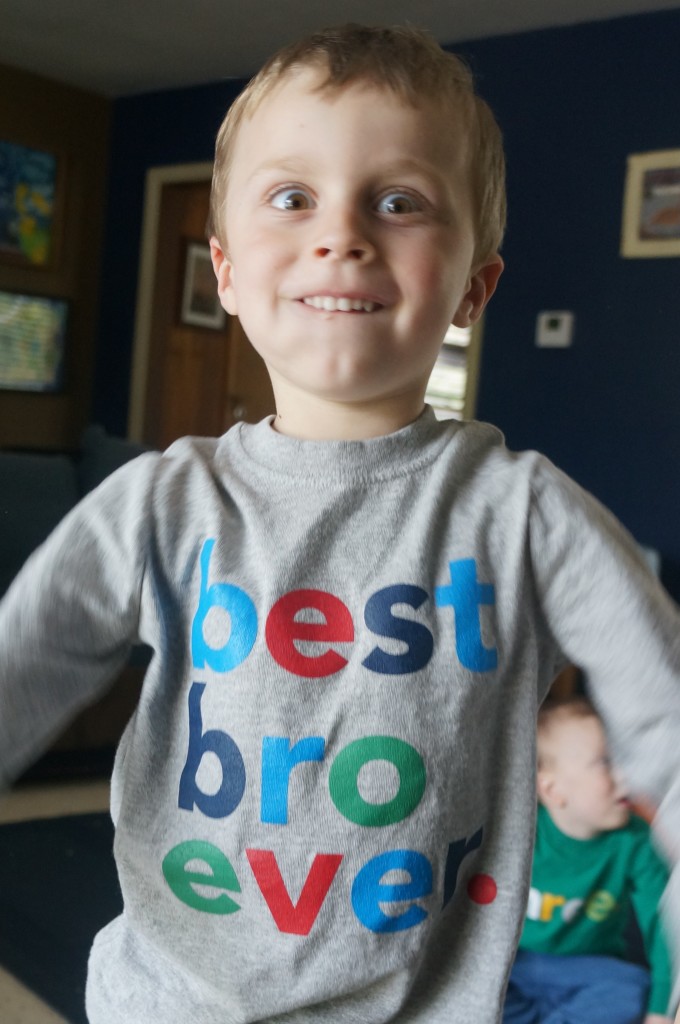 Is he jealous of the attention? For the longest time, I had to find matching outfits for everyone.  People would often think they were triplets when we went out, which I think he liked.  We’re finally hitting the point where he’s OK if he’s not matching.  I think school is helping him gain his independence even more.  His biggest concern now is that he’s missing out on something fun while he’s at school…which I assure him that school is WAY more fun. 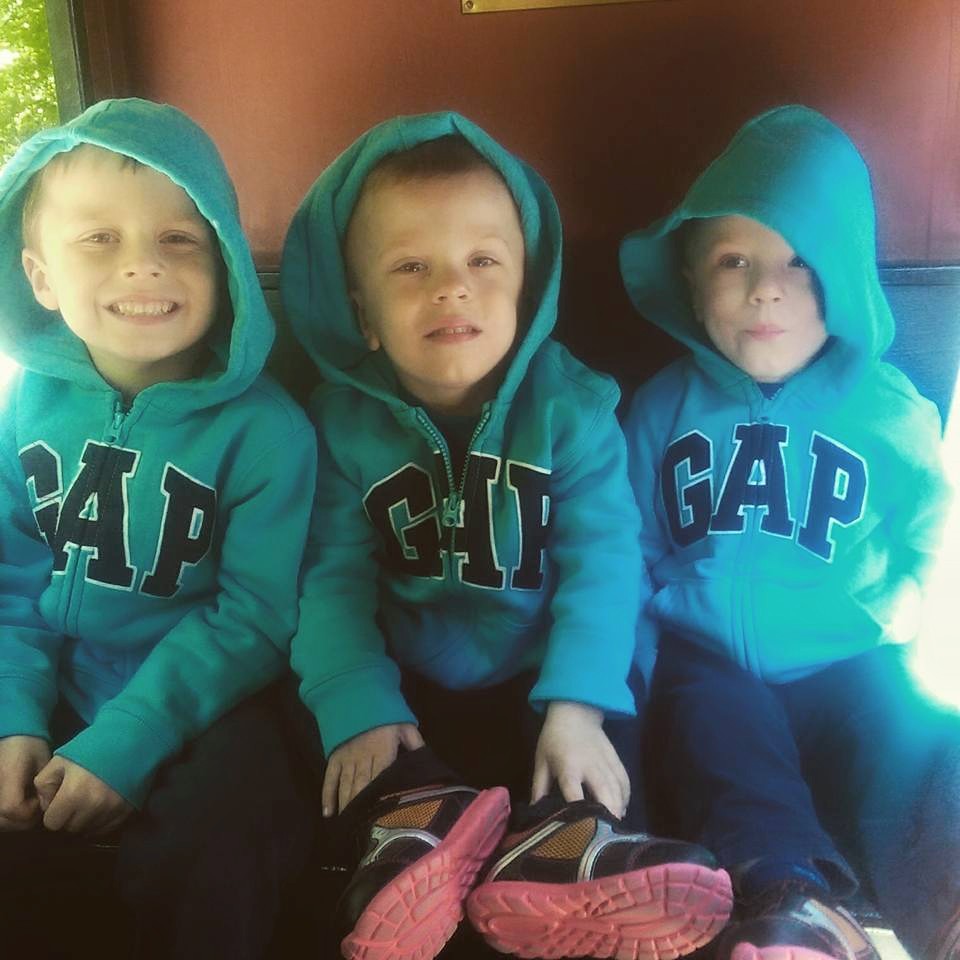 As with any brother/sister/sibling relationship, there’s bound to be struggles.  I think we’ve been through some tough circumstances, but I hope we’re on the other side of them now.

I look forward to watching all three of my boys grow up together, and I hope they all have a strong bond. I know for sure they’ll have one thing in common…how much I love them.