You are here: Home / Blog / No Costumes Allowed: Halloween Cancelled

I had a completely different post planned for today, but I was completely caught off-guard yesterday. I received an email from my son’s teacher saying there were no costumes allowed in school. What?! He had an awesome costume party last year in pre-school. I was actually even planning to dress up when I went in to volunteer at his art class. 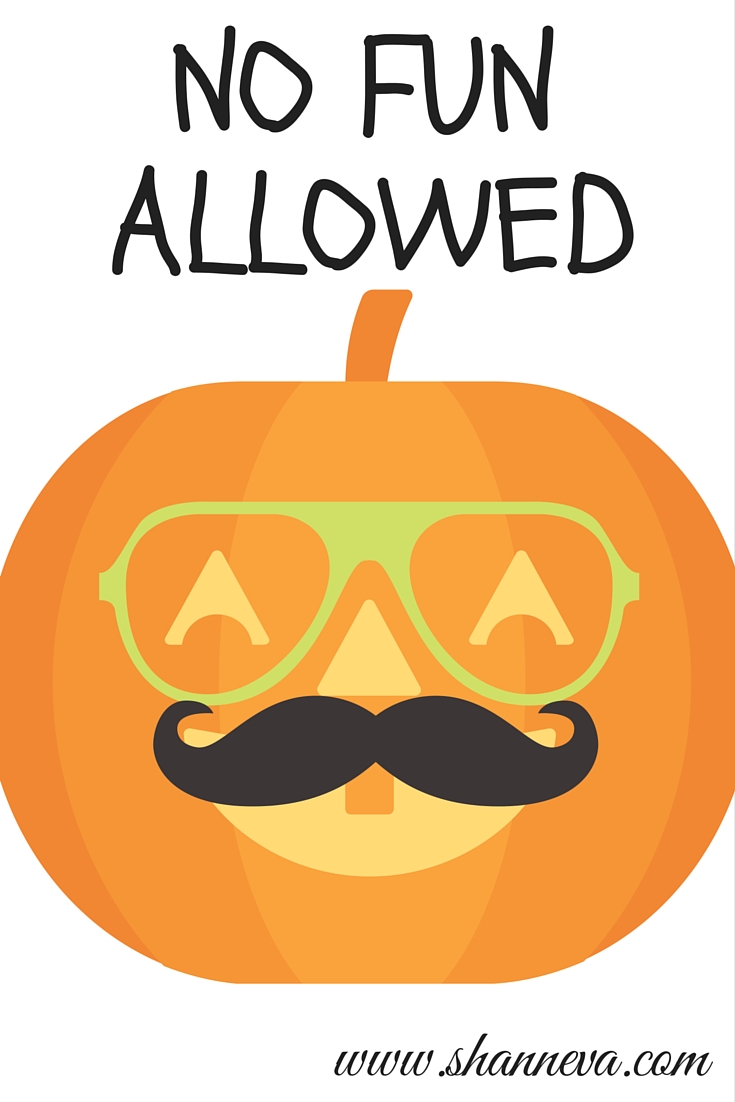 I don’t normally post about controversial topics, and I didn’t even think this was one, but it got me a little upset. Why couldn’t my child dress-up in a costume on Friday? They are actually having a “Harvest” party on Thursday, and someone must have asked about wearing costumes for the party, which prompted the email.

I really didn’t understand, so I called his school this morning. I asked if it was a school policy that the children couldn’t wear costumes on Friday. The woman who answered the phone said that they “don’t do that, and haven’t done it for a couple of years.” I asked why, and she said it was because there are many different beliefs. I totally get that, but you don’t have to “believe” in Halloween to have some fun and wear a costume. Now, if it was some kind of safety issue, I could get behind that. However, she didn’t even offer that as an excuse.

I guess if you go back to the “true” meaning of Halloween waaaay, way back when it originated, maybe some people would object. However, Halloween has become so commercialized, I really don’t think that is why people dress up anymore. It’s just a fun thing to do. Kids dress as super heroes, princesses, TV characters, etc. It doesn’t have to be something scary or evil.

In fact, couldn’t they just make it a “dress like your favorite character” day, if they were that worried about offending someone?  I also don’t think it has to be a requirement, so if it does offend you, don’t dress up. 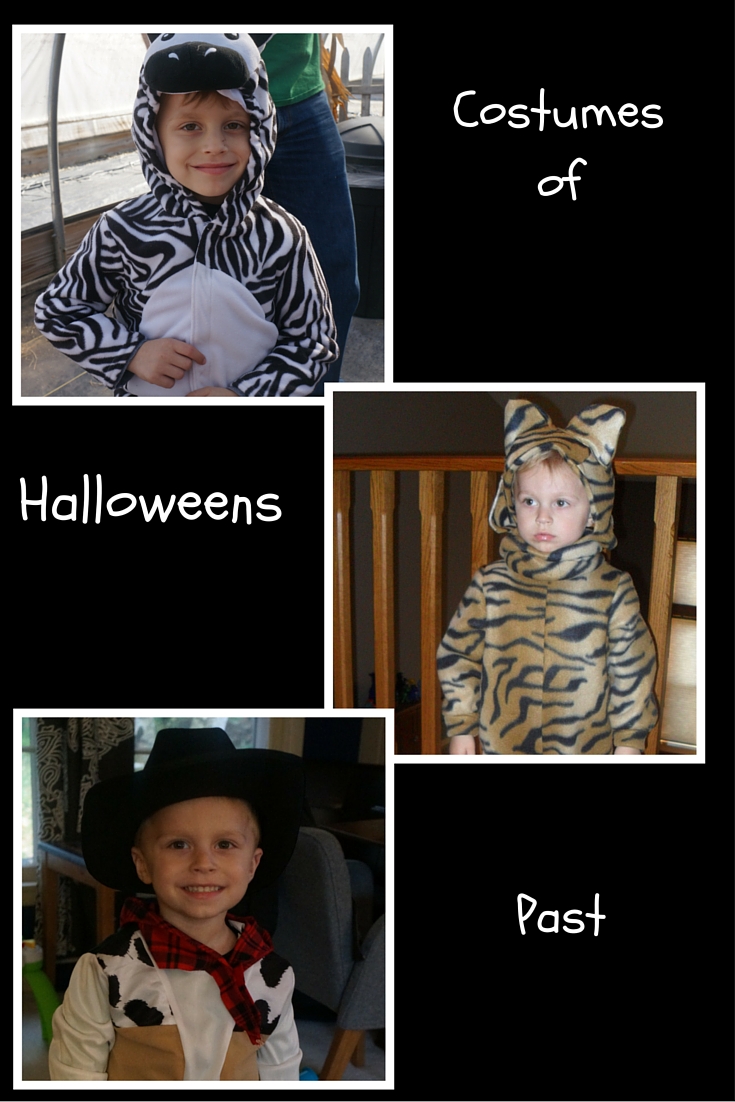 Are those really offensive? How about these? 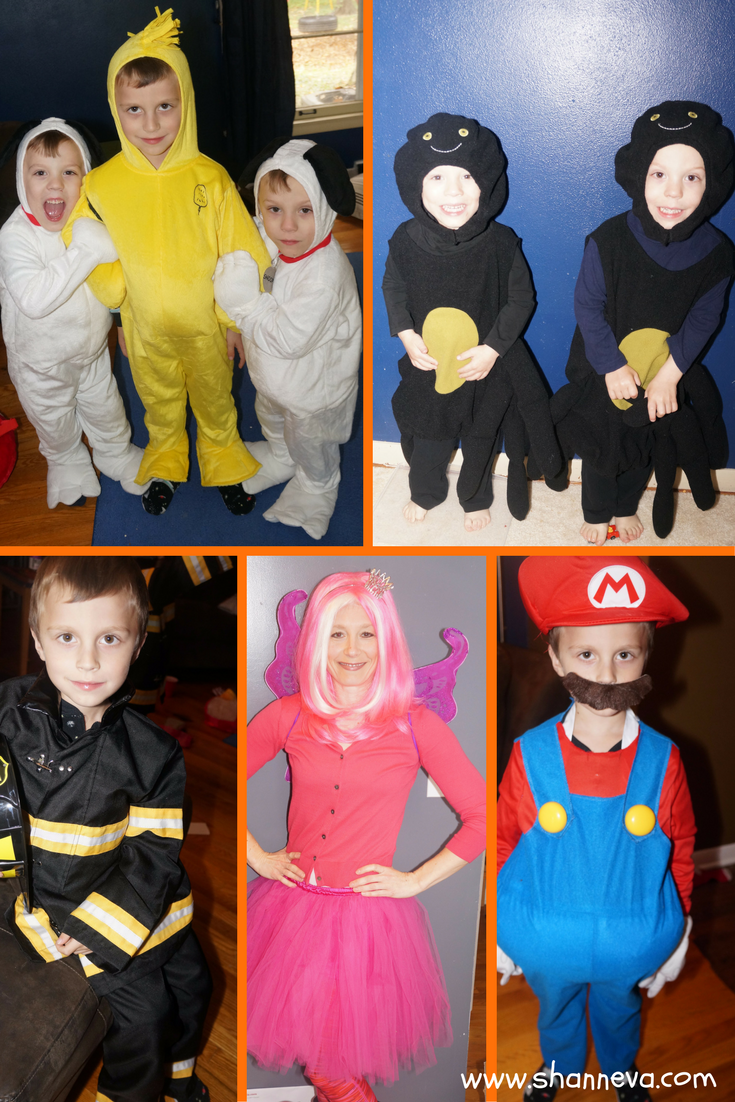 I guess the thing that bothers me the most was that Halloween and dressing up was one of my favorite memories from elementary school. We would get to wear a costume to school, then parade through all the other classrooms. Everyone clapped and cheered and had a great time. No one was worried about offending anyone.

Dressing up has always been one of my favorite things to do. My mom had a huge tub of her and my Grandma’s old clothes, and I would occupy myself for hours dressing up and playing pretend. Isn’t play and pretend play something that’s supposed to be celebrated in school?

I’m just a little sad that my son doesn’t get to wear the cool costume we had planned and play pretend at school.  I was looking forward to seeing silly costumes as I walked in to volunteer on Friday. In the grand scheme of things, t’s really not that big of a deal. I’m just a little bummed.

I just wish everyone didn’t have to be so serious all the time, and worry about every little thing.

You’re only in  kindergarten once. 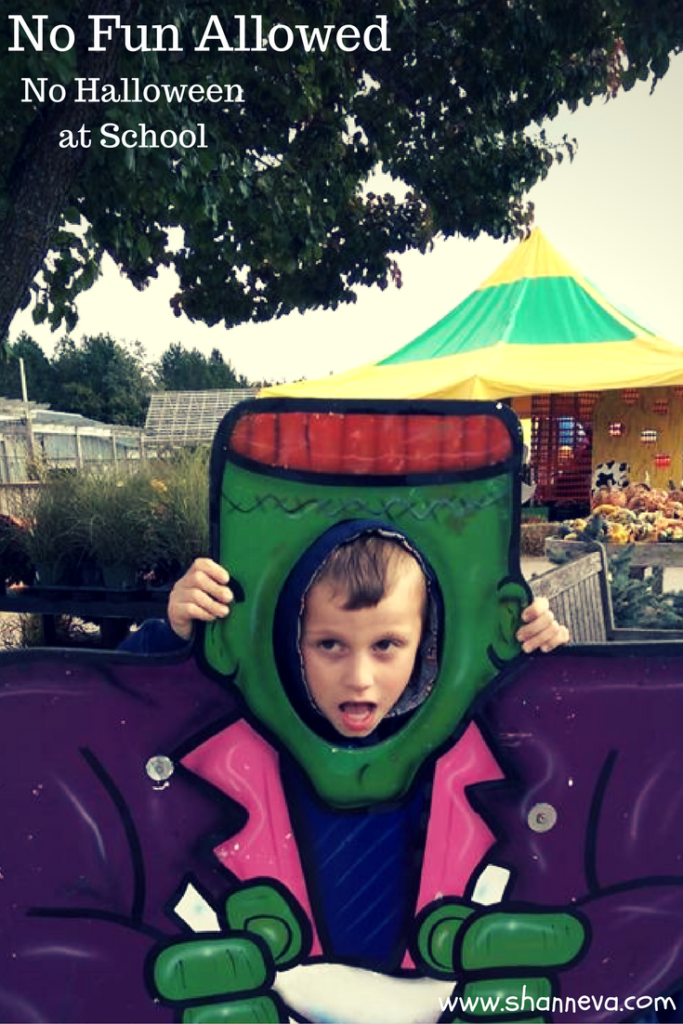 You can bet we will all be in costume on Saturday. If you dress up, I’d love to see pictures on my Facebook page wall.

Do your kids dress up at school?