You are here: Home / Blog / Everyone loves a Parade…except me

Since it’s Memorial Day weekend, we will be headed to the annual Memorial Day Parade. We actually started this tradition when the twins were in the hospital. We wanted to find something fun to do to distract ourselves, and our 2-year-old Mr. B, at the time.

We enjoyed the sunshine, the bands, and the crowds at our first Memorial Day Parade. So much so, we figured we’d bring the twins when they were old enough, and it would become a family tradition.

I honestly don’t remember much from that first year together as a family, except sitting all together on a blanket…which was nice. Maybe I blocked out the rest or else the next year was drastically different.

As a child, I loved to go to parades. Most of the time, I was actually taking part. I marched with my dance squad or the Girl Scouts or even the Swim Club. It was always fun looking out into the crowds and waving at the smiling people.

Last year, with all three boys, it was a bit of a disaster.

The weather wasn’t great…overcast and drizzly…but that still was OK. We loaded the boys in their wagon and braved the crowds. Is it just me, or do events get more and more crowded each year? I’m not the biggest fan of crowds, especially with three little ones, but again, it was OK. I knew they would have fun.

The waiting for the start was hard. Trying to keep three little boys from running and escaping into the crowds got me stressed out.

Then, Hooray! It started!

The giant fire trucks, sirens, and boys is awe. Perfect, I thought.

Three little boys sitting nicely watching our brave men and women. This was going to be a good parade and a good day. But, then it happened….

CANDY!!!! Lots and lots of candy. It seemed as if every person in the parade was throwing buckets and buckets of candy at us. Which, of course, the boys all wanted to eat. NOW. So, at 10 am we were a bunch of sticky fingers, drippy faces, and sugary energy. How could I say no at the parade? Sure, I could have, and then be the mean mom who ruined the fun. Sure, I could have put a limit on it, but what was the point? The damage was done. The inevitable crash was on the way, to be followed by the crankies, and the whining for more…which they would not be getting.

Sure, I remember getting a few pieces of candy at the parades when I was little, but I don’t remember it being like Halloween. Having to bring plastic bags to carry it all home. When did candy replace just watching and enjoying the floats, singing along to the music, and saluting our troops? Or cheering on our marching friends, laughing at the clowns, and marveling at the stilt walkers. 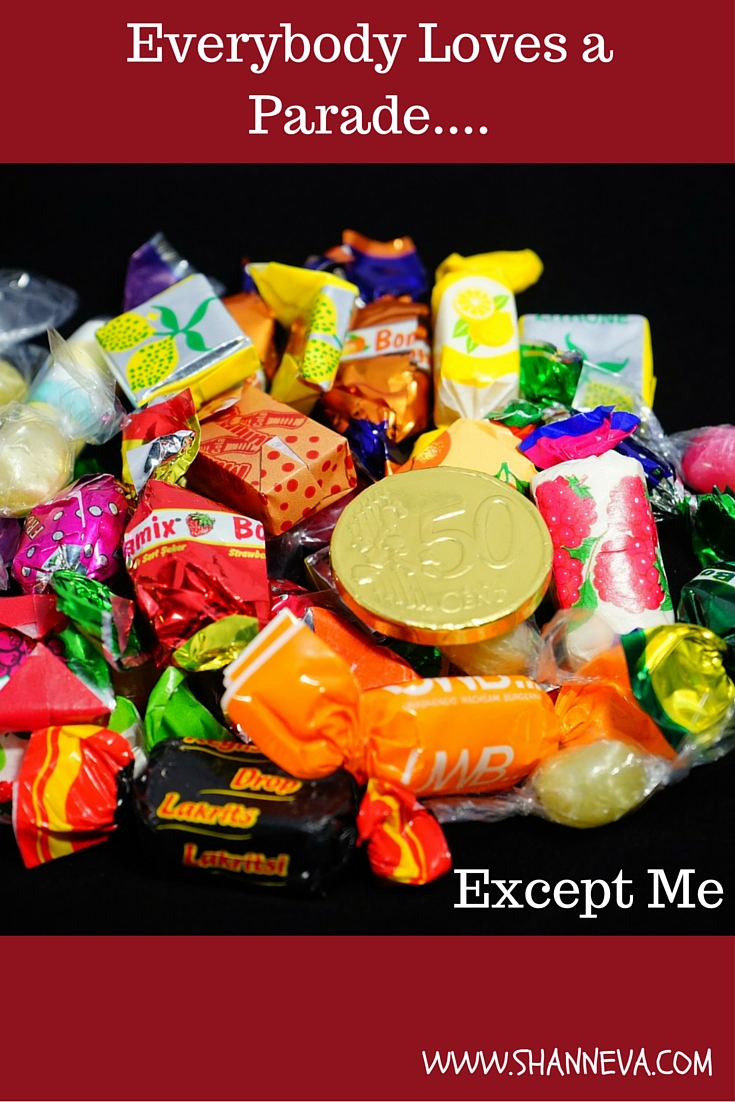 So, even though I know it will be more of the same, we will still continue to head to the parade tomorrow. It’s not that I dislike the parade; I actually really enjoy it. I just wish they’d scale back on the candy and get back to the real reason we’re there…to celebrate our community and Country together.

No matter what, I know we’ll be making memories for our boys, and that’s truly important too.

Well, we did head to the parade.

It was absolutely beautiful weather, and we found a nice spot in the grass to sit. Unfortunately, the whining for candy started almost immediately as we sat down.

We got there early, so my husband walked them around, got a balloon, and a bag to collect their candy. We brought water, luckily, because the boys got pretty hot from all that whining. Honestly, there wasn’t as much candy this year, which was awesome….for me, not the boys.

Even though there was whining, a little crying, and quite a few, “when we will get more candy,” questions, when we got home the boys said they had a fun time at the parade. I actually think the highlight was the two times they had to stop the parade because a train was coming thru. They LOVE trains. They also stood and clapped for the troops, and watched the giant firetrucks in awe. I did have to cover Big C’s ears because he was afraid of the noise, but he loved watching them.

So, while I could have definitely gone without the whining, I’m so glad we went and that the boys had fun. 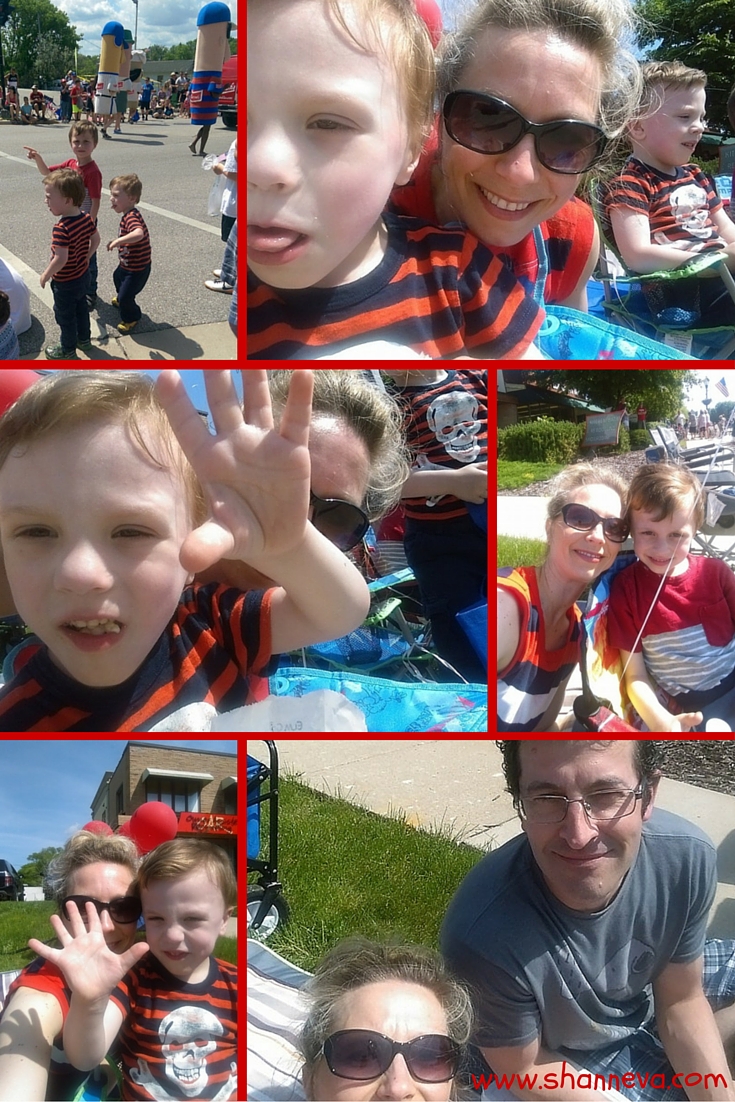 Do you go to your Memorial Day parade? What are your thoughts?