Even though it’s already mid-week, I didn’t want to skip a weekend review. We had a really eventful, fun three days, and I wanted to share our adventures with a little update.

Since Mr. B didn’t have school on Friday (it was new Kindergarten orientation…I can’t believe I will have a first grader next year!) it felt like the weekend came early. I took all three boys to the gym with me, and then their favorite person, Grandpa Phil, called to ask if we wanted to go to the zoo.

It was the first nice day in a really long time, so the boys were excited. Apparently, so was the rest of the city because the zoo was PACKED!

We still had fun. We saw the penguins, the monkeys, the new baby giraffe, polar bears, seals, and elephants. We then went in the children’s zoo to see the baby chicks that had just hatched. It was time for a slushy and popcorn break, followed by a long line to go on the train. 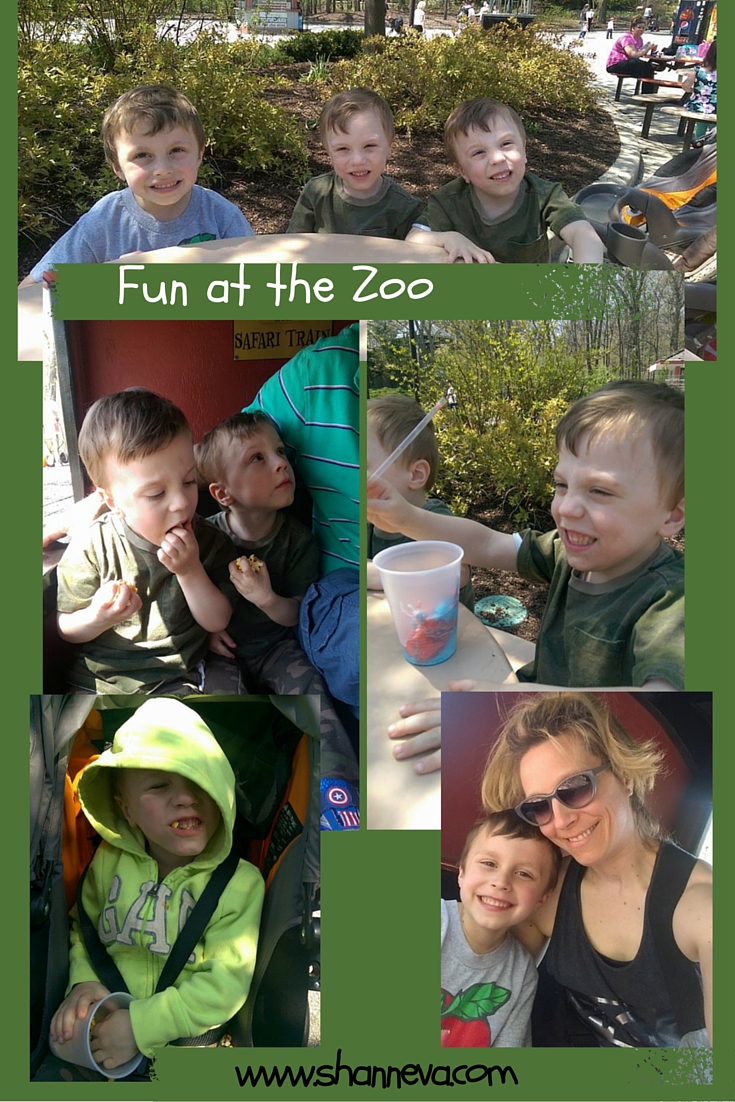 Saturday was all about my performance. I had dress rehearsal in the morning, which went well, and then came home to feed the boys. I also got Big C to nap with me, while Little P attempted a nap in his room. Not quite a success.

Hubby then had all the boys and neighborhood kids over in the backyard, so I could get ready. He snapped a few shot of me with my stage make-up and costume… 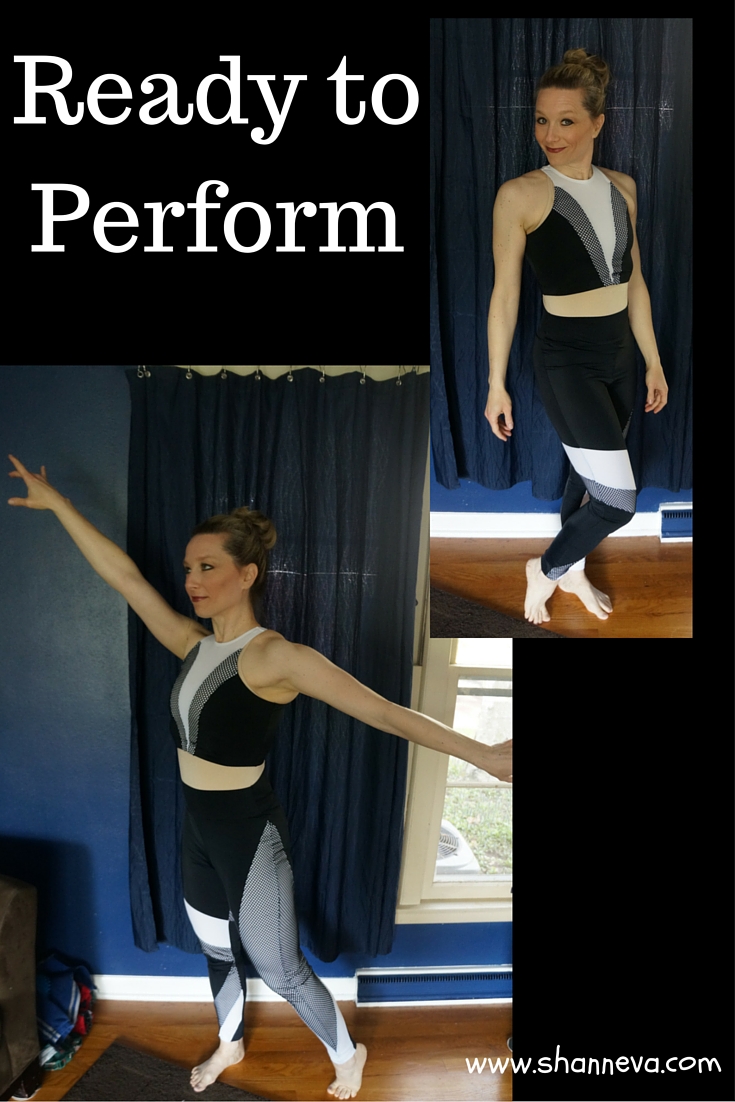 Then, I was off to the theater. It was a beautiful stage, and I was pretty excited to perform. I actually wasn’t even too nervous. We were the third dance, and it was over in the blink of an eye. I wanted to do it again! I think it went well, but I ordered a DVD, so I can watch (and critique) myself and our group.

This was one of the best Mother’s Day I can remember. It started with everyone letting me sleep in, and all the boys already being dressed when I got up. In matching outfits too!

We headed to brunch to meet both my parents and my husbands parents. We’ve been going to the same spot since I was pregnant with Mr. B, and it’s always quiet, not crowded with great food. This year was no exception. 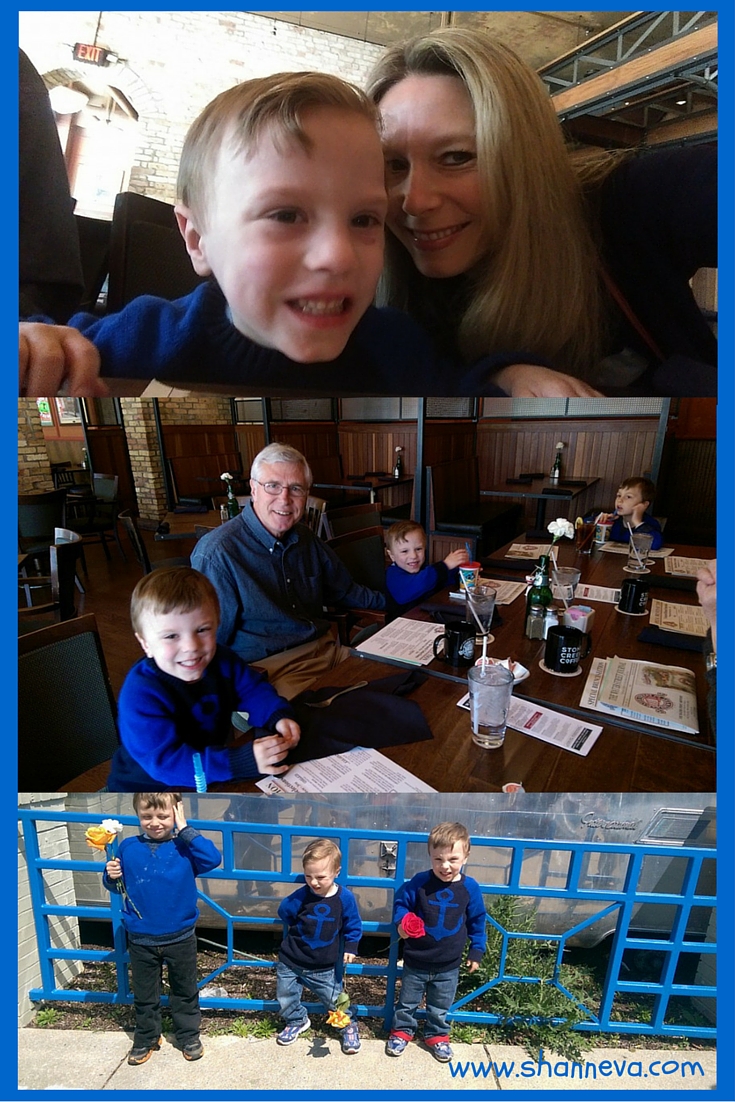 The boys all got french toast, and ate really well. I got a Greek omelet that was delicious. All the moms got flowers, but they were given to each boy. We only had one little argument about the color of the flowers, then all was fine.

After breakfast, the boys, the husband, and grandpa went to the beach, while me and my mom went to the outlet mall for some retail therapy.

I got home in time for dinner, and to put the boys to bed. Such a nice mix of family and mommy time.

I hope you enjoyed the weekend review. Did you have a nice weekend? Do you have any plans for this upcoming weekend?