You are here: Home / Blog / Holding Everything Together: Luke’s Story

When you’re in the NICU, everything is a struggle. Your sweet baby is trying to survive physically, while the parents are trying to do the same thing emotionally. Not to mention everything else in your life doesn’t stop. There is work, school, family, and just day-to-day living obligations. Holding everything together during an experience like this is almost impossible.

But families do it.  There really is no choice. They live separate lives, they sleep in uncomfortable chairs, and they barely eat. They experience so many different emotions, and rely on strangers who have become like family, taking care of their amazing fighter.

Today, you will meet a family that has been holding it together all summer. They have just reached the end of their NICU journey, and are about to embark on a new journey as a family finally together. In fact, they got out of the NICU yesterday, so I’ve included an update at the end.

I’m so happy to introduce you to Luke, as told by his mom, Danielle. 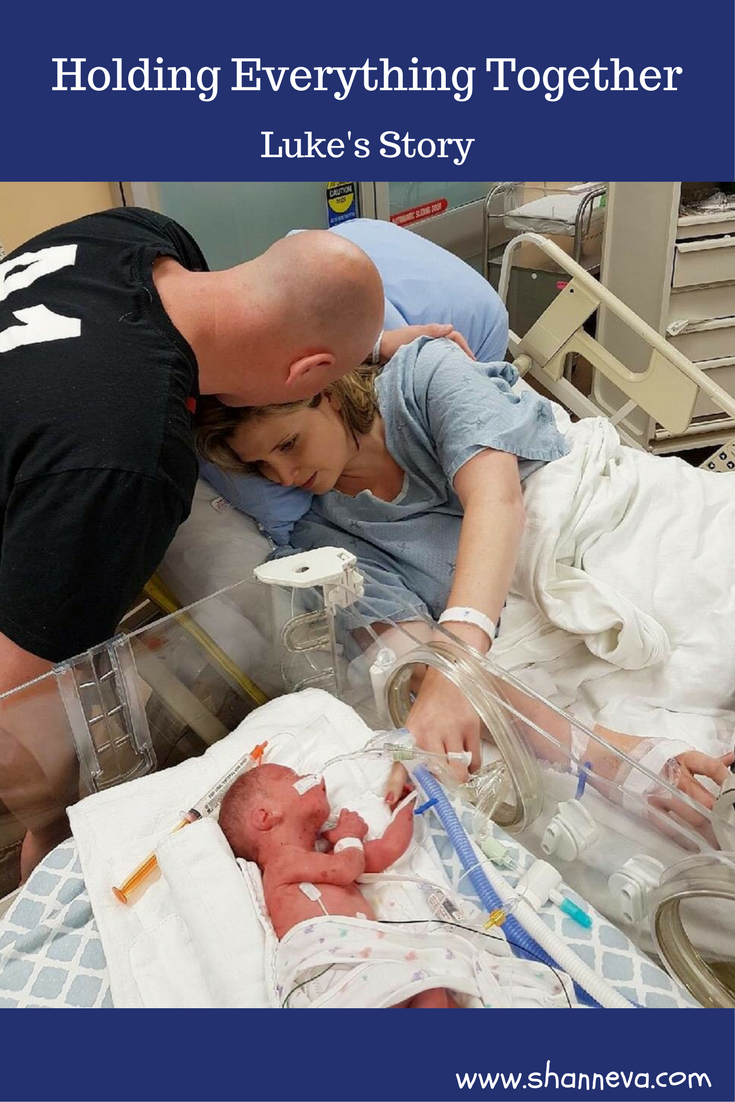 On June 15th, 2017, I was admitted to the hospital after my water broke at 25 weeks. Luke was born three weeks later via emergency c-section on July 6th, 2017 at 28 weeks gestational age.

It was the most terrifying day of my life.

Luke was in fetal distress, and the c-section happened so quickly that my husband didn’t even make it to the hospital in time for it to begin. When they got Luke out, he was born blue and in respiratory distress with barely a heartbeat. Luckily, doctors were able to resuscitate him. He took his first breath three minutes after he was born.

He was born with weak lungs because of the time spent in utero without water. He was intubated and put on the ventilator and remained on various forms of breathing support up until he reached 35 weeks gestation. Luke needed a blood transfusion immediately at birth, and he has chronic lung disease. He also has  an ASD (atrial septum defect) which may need an operation when he is one years old. 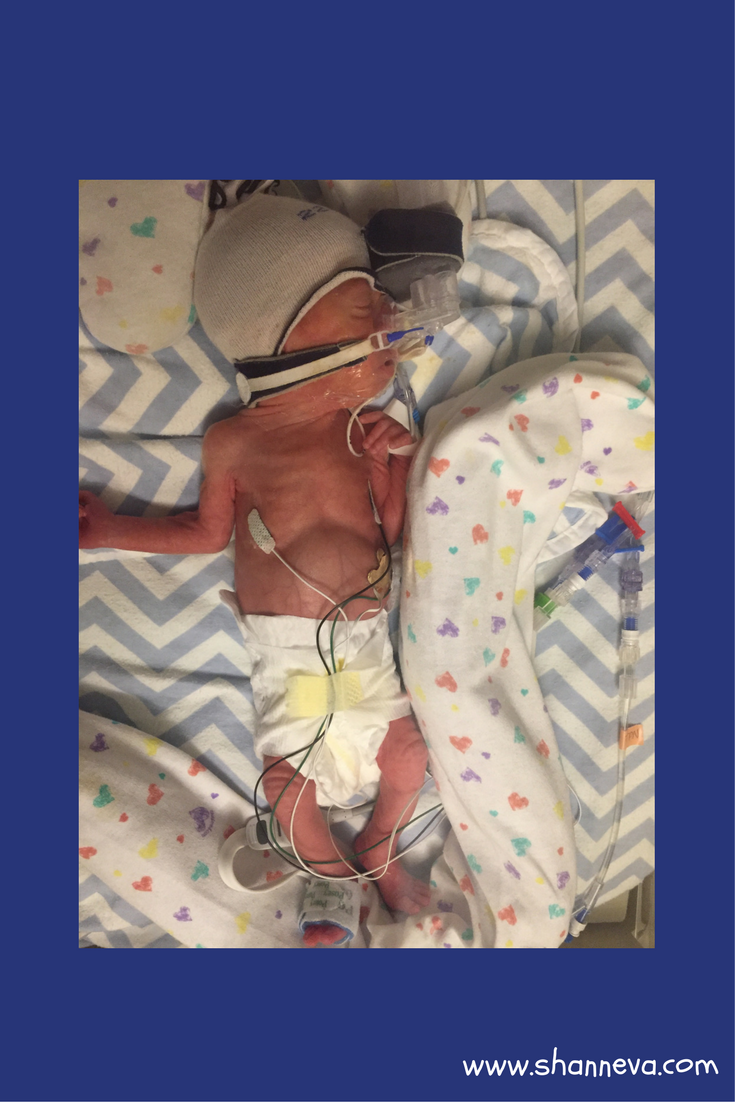 Luke is 37 weeks gestational age, and nearly nine and a half weeks old. We don’t know when we will be able to go home, but we are hoping that he can be discharged by his due date, September 27th.

Our NICU stay has been such a challenging time in our lives. The hardest moments were the days when I was unable to hold Luke because he was not stable. When I was unable to hold him, I felt physically panicked in a way that’s hard to describe. My baby came too early, and all I wanted was to be close to him again but I had to be cognizant of the fact that he needed to be left alone in order to grow and heal. It was so tough.

The second most challenging aspect has been dividing my time between Luke and my toddler at home. Our home was 2 hours away from our first NICU and 45 minutes away from the NICU he is in now. I spend a lot of time going back and forth.

My son turned two on September 3rd, and I was in tears the night before because I was spending the night at the hospital and I wouldn’t be there to see him when he woke up on his birthday. I deal with a lot of guilt when I leave Luke behind in the NICU, but I also feel guilty for neglecting my toddler when I’m spending so much time at the hospital. It’s a struggle.

The other most challenging aspect has been being told that he was almost ready to go home and then having another setback. It was devastating. 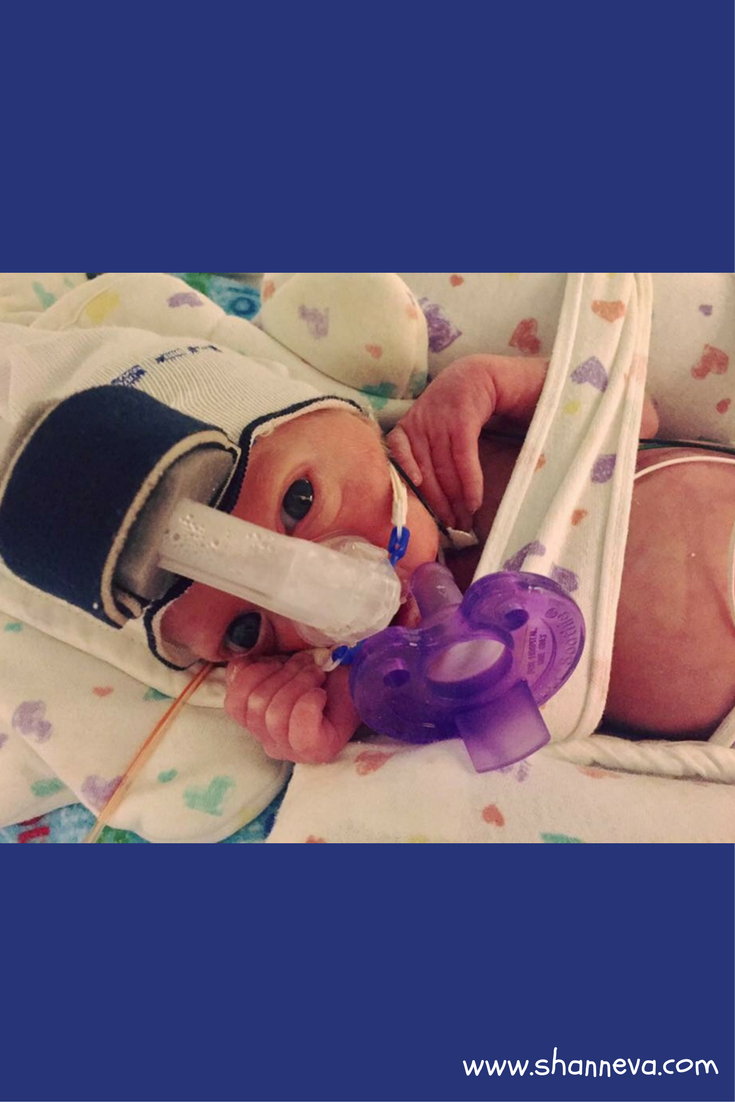 I had preterm premature rupture of membranes with my first son at 35 weeks, and I gave birth to him at 36 weeks. My doctor was not concerned that it would happen again; however this time it happened much earlier.

I was 25 weeks pregnant when my water spontaneously broke. I had a sub chorionic hematoma which cleared up in the first trimester. Even though I had spotting throughout my pregnancy, I didn’t have contractions or any reason for my water to break. I had been feeling ill that day with a stomach bug. I was vomiting and my water just gushed.

When I arrived at the hospital, they rushed me by ambulance to a hospital with a level 3 NICU, and told me that I would most likely deliver within 72 hours. I was terrified as I was only 25 weeks pregnant, but I made it to 28 weeks as an inpatient at the hospital.

I asked multiple doctors why this happened but no one has an answer. A lot of times PPROM is caused by an infection in the uterus, an STD, stretching of the uterus with multiples or a trauma such as a car accident. I didn’t have any of these risk factors, and I had PPROM twice. I experienced a lot of guilt because of it. I felt that my body couldn’t protect my baby, but my doctor told me that it was nothing I did wrong. It wasn’t my fault and that comforted me, although it I still get down on myself some days. 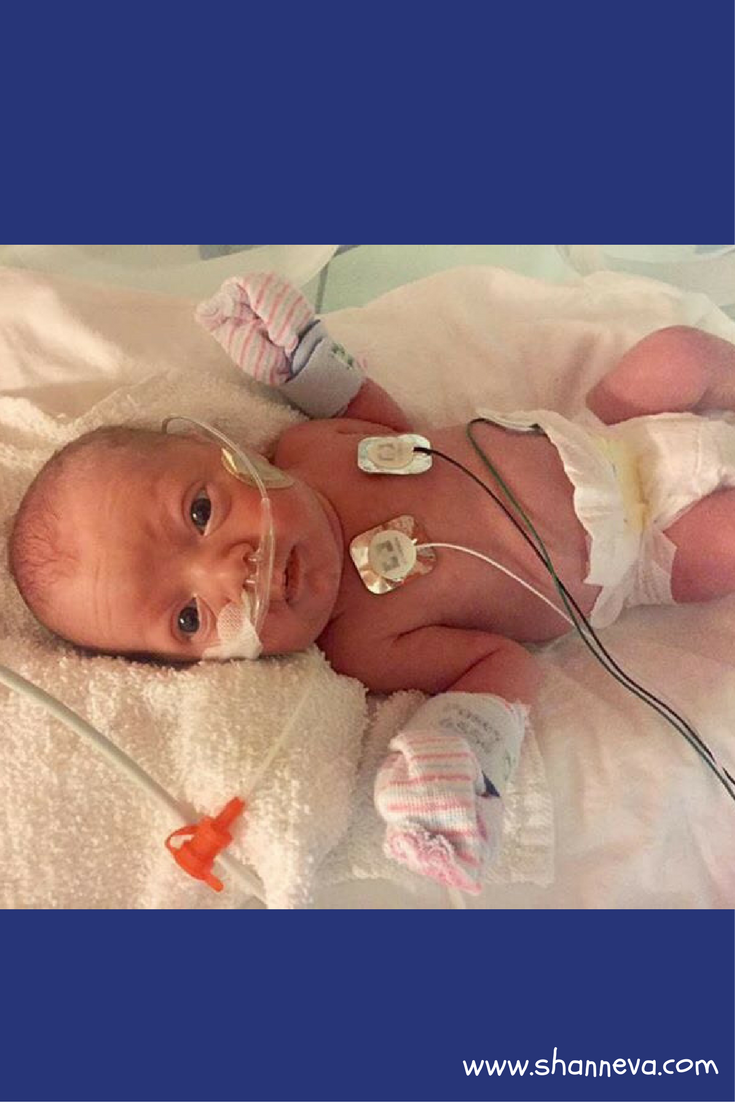 My son is doing very well right now. He is still in the NICU, but just working on feeding and growing.

He currently weighs 7 lbs 3.5 oz at 37 weeks, 5 days gestation. His weight is good, but he has a hard time finishing all of his feeds, and he has a weak suck so it takes him a while to eat.

He just had his feeding tube removed two days ago, and he started to lose weight again, so we went back to fortifying my breast milk. He doesn’t nurse but he takes my expressed milk in a bottle.

He has scarring on his lungs, and he is anemic.

Prior to my admission to the hospital, he had been doing great with potty training and his bedtime routine. Once I was admitted, he regressed a lot and he started having crying fits at night. We are starting to see the light at the end of the tunnel. I can’t wait until Luke comes home, and my family is together and we can have a normal life again. 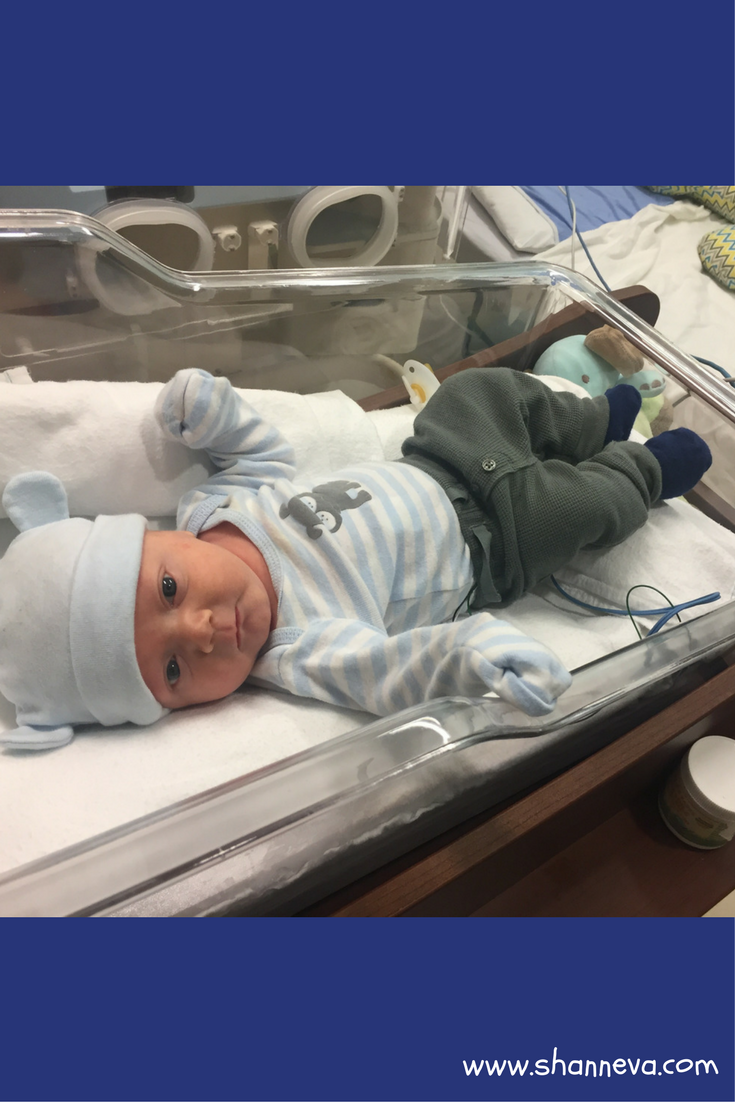 I would tell a new preemie family to lean on family and friends for support as much as you can. When people ask if you need anything, it’s okay to let them know what you need, whether that be a lunch date in the hospital cafeteria to get yourself out of the NICU, or someone to watch your other children.

Accept help, and let people know exactly what they can do to help. Without the support of our families and friends, I would have been lost through this whole process.

Another piece of advice I would give is to write out your feelings. I started a blog to keep everyone updated on Luke’s journey, and it was so cathartic for me to get my feelings out. If anyone is interested in reading our story you can like the Facebook page: 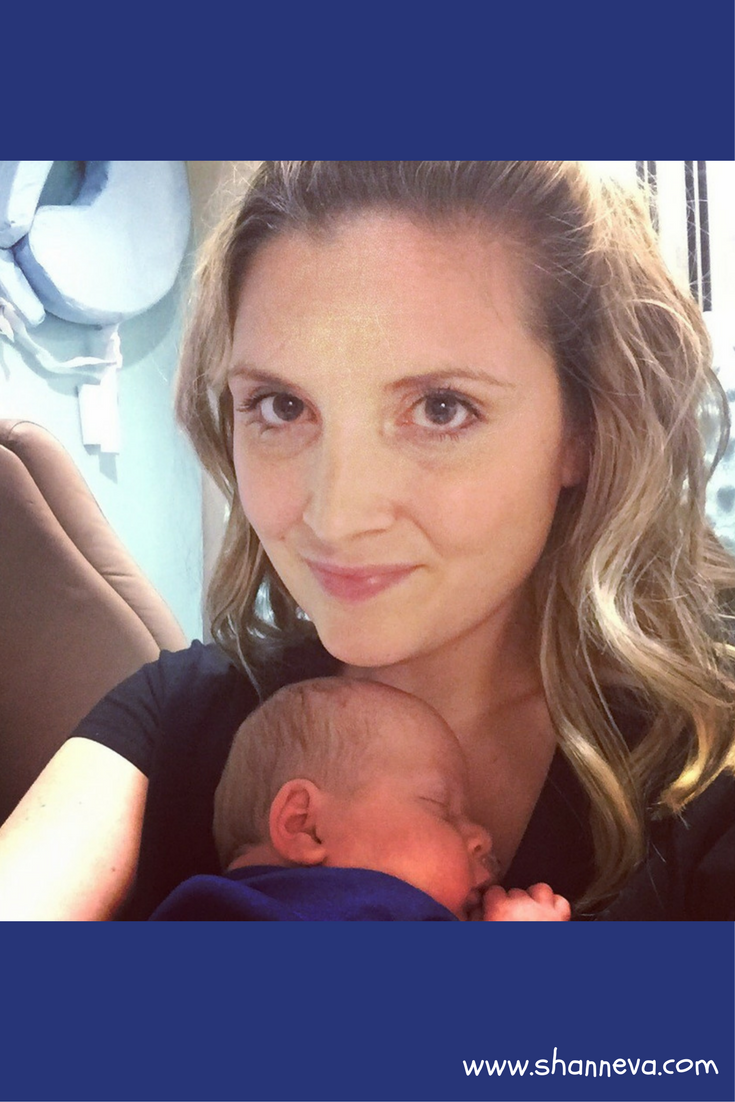 Since I’ve been following Luke’s Journey on Facebook, I noticed that he came home yesterday. Here is an update from Danielle: 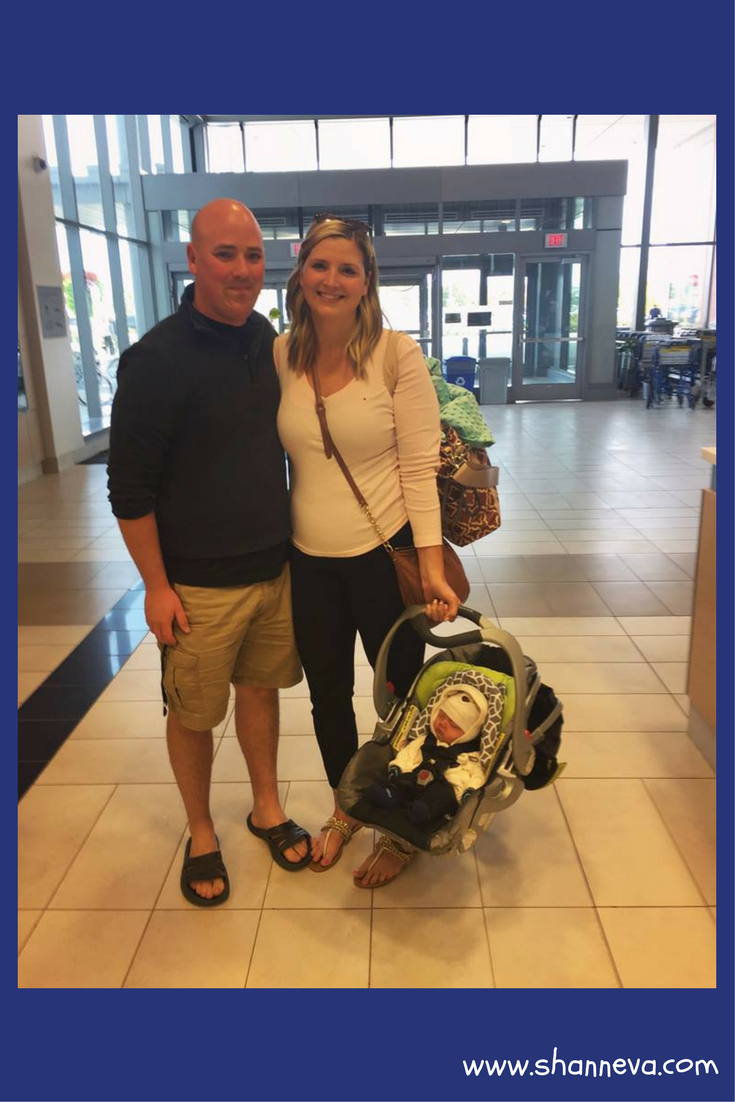 We were in the NICU for 76 days. Luke came home today at 10.5 weeks old and 38 weeks and 4 days gestation, ten days before his due date.

The last couple of weeks were the hardest. Last weekend he was set to go home but he had a desat and Brady, which set us back another week. I was devastated when they told me one more week, but we made it through. 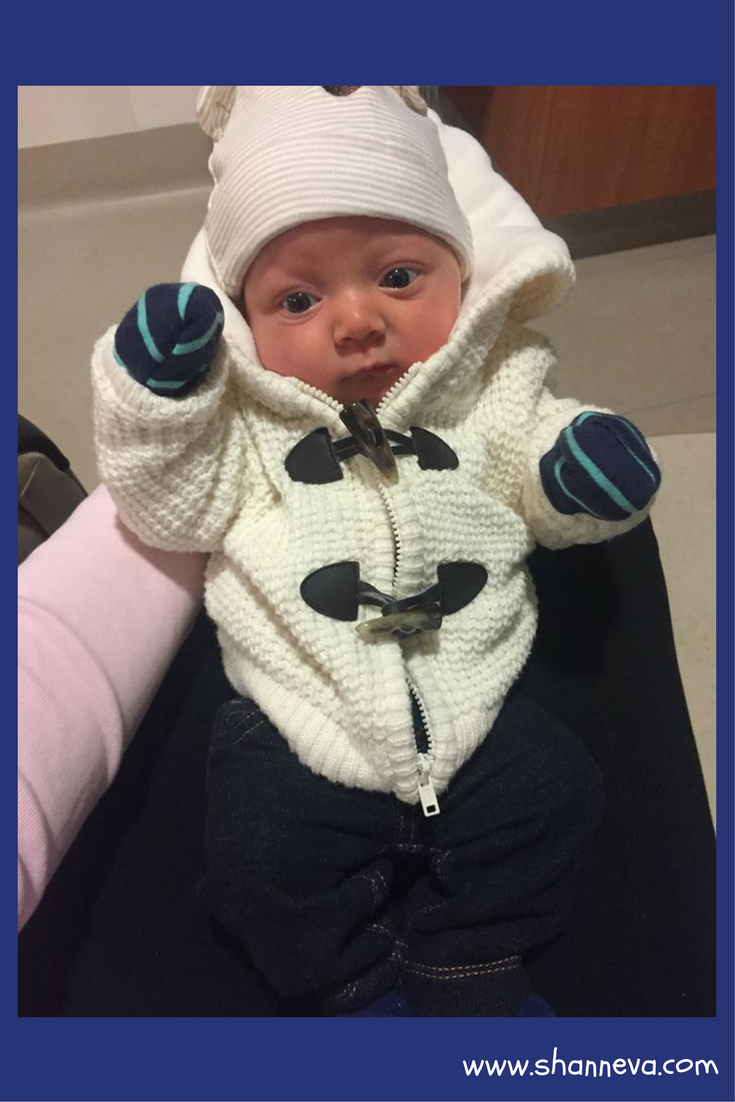 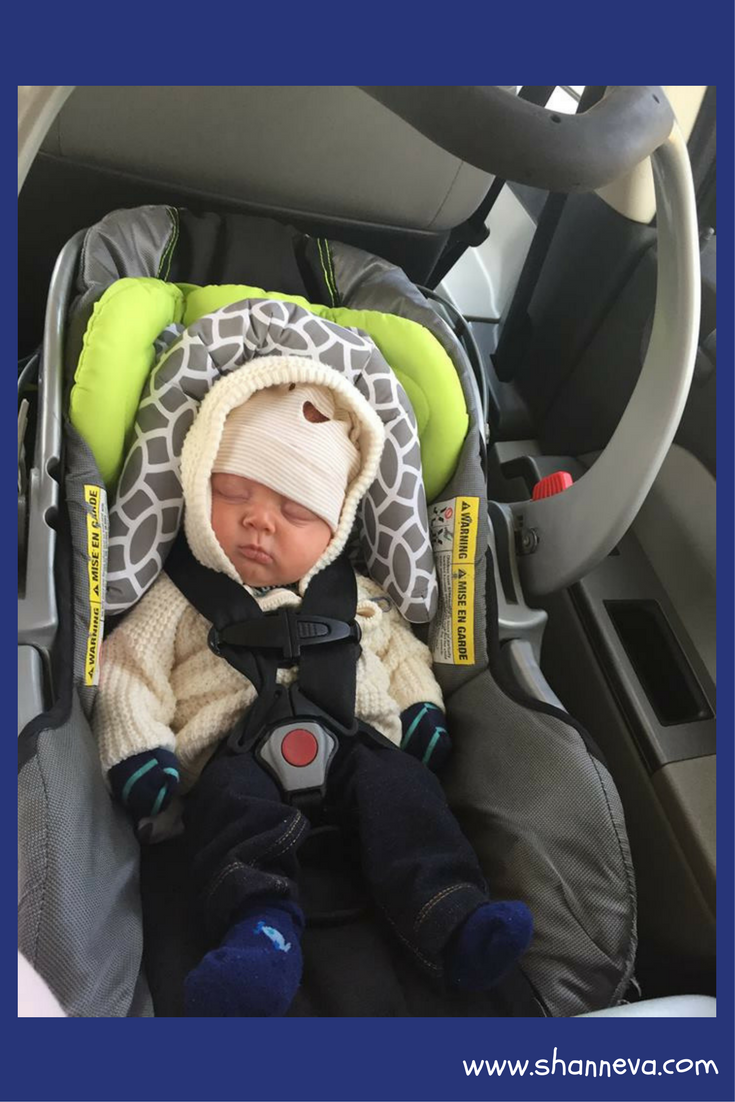 Congratulations to the whole family! It is definitely one of the hardest things a family can endure, but I’m just so happy Luke is home!

Please leave any questions or supportive comments for Luke and his family below.