You are here: Home / Blog / Holiday 2016 Happenings Here and at Home

Thanksgiving is over, and Christmas is on the way. It’s December today! I still can’t really believe it. So, I wanted to share some of our Thanksgiving weekend, and keep you up-to-date on our holiday 2016 happenings, both at home and on the blog. 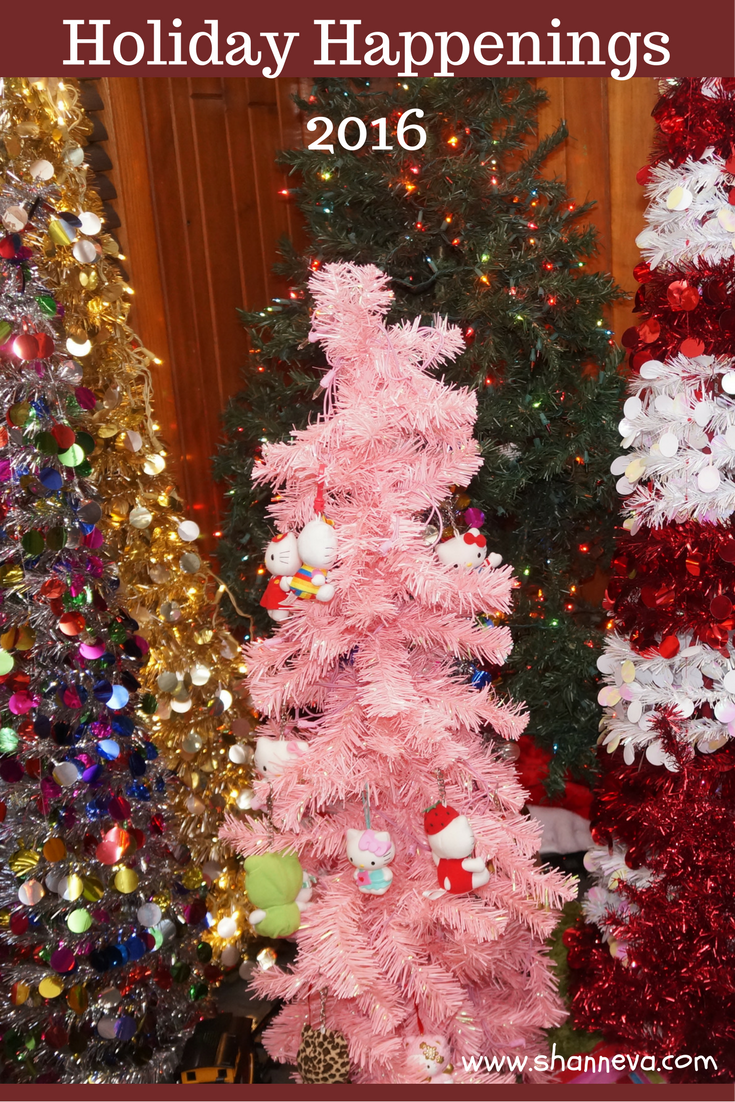 Let’s start with a recap of this past weekend. Yes, I know it’s almost a new weekend, but I’ll explain the delay in just a moment.

Mr. B was off of school on Wednesday, so our “weekend” started early.

I wanted to get in one last workout, so my Dad was kind enough to come watch the boys. Normally, the twins head to the gym with me for playtime in the childcare, but Mr. B doesn’t like to go anymore. “It’s for babies,” according to him.

After the gym, I took all three boys on some errands. We had to pick up the wine for Thanksgiving, and then I thought I would get them all a haircut.

We started errands at Trader Joe’s. I had promised the boys they could push the little shopping carts, but of course, they were in “repair” until after Thanksgiving.

Luckily, there were samples of some kind of chocolate pie, cranberry juice, and cheese. Also, the same women that told us about the carts, told us about “Lulu.” Lulu is a stuffed lemur that is hiding in the store. When you find her, you tell the cashier, and get a prize.

With suckers in their mouths (the prize,) we headed to get the haircuts. I had attempted to cut it myself last week, and did not do a very good job. Luckily, the patient hair dressers worked their magic.

I should have quit while I was ahead, but I needed a few things at Target. Silly mommy.

Even though I warned them ahead of time we would not be buying any toys, the whining and crying started almost immediately. I told them how Christmas and Santa was coming, but it made no difference.

We left Target, and I made everyone lay down for a nap.

It was also early to bed for all, as we had a busy Thanksgiving planned.

The day started off great.

My husband made an egg casserole and cinnamon rolls, plus Mimosas!

Then, I did a little work while he entertained the boys, and we switched.

Finally, it was time to get everyone ready. Here’s the final product: 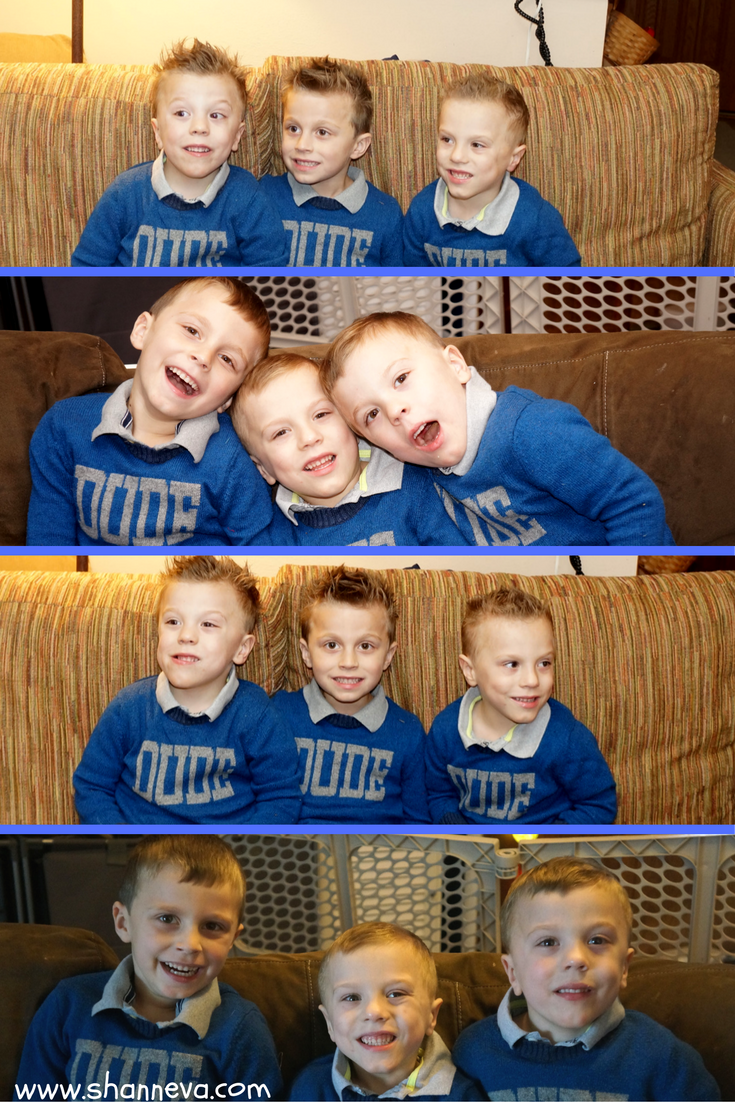 We had a full day: 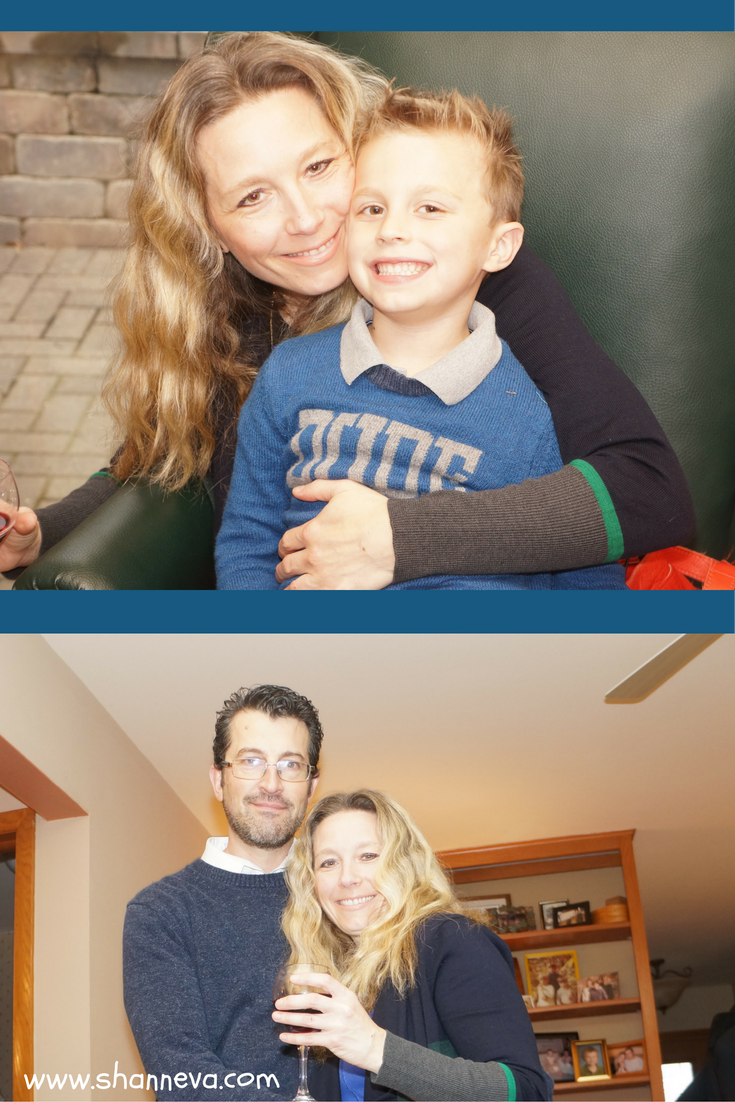 The rest of the Thanksgiving Holiday 2016 weekend went by in a blur of more Christmas shopping, a date night for me, Mr. B, and my husband to see the play of Willy Wonka and The Chocolate Factory, Christmas decorating, and lots of brotherly fighting.

It’s funny how hard I think it is having the twins home all the time, and then you add Mr. B in the mix, and it’s even crazier. If that’s even possible.

While it was a pretty great weekend, I was really looking forward to getting back to our “normal” routine on Monday.

But, it was not meant to be.

While I was hustling to get Mr. B out the door for school, he started crying. He then said his ear hurt. Since he’s had a lot of ear problems in the past, it was off to Urgent Care.

Diagnosed with a double ear infection, plans for the week were changed…and blog posts delayed. While his ears felt better, the medication didn’t sit well in Mr. B’s tummy. I’ll spare you any further details.

Even with the delay, I still have some great things planned for you. In no particular order, from now until Christmas:

There won’t be as many posts as normal, but I’m going to try to fit as much in as I can. I hope you’ll stick with me, and send some get well thoughts to Mr. B.

How was your Thanksgiving? What do you have planned for the next couple weeks? Are you ready for Christmas?!