You are here: Home / Blog / Micro Preemie Monday and Olivia

After a weekend helping the March of Dimes, I’m so happy to be bringing you another story of premature birth awareness. Today, you’ll get to meet the beautiful Olivia, as told by her mom, Shelby. 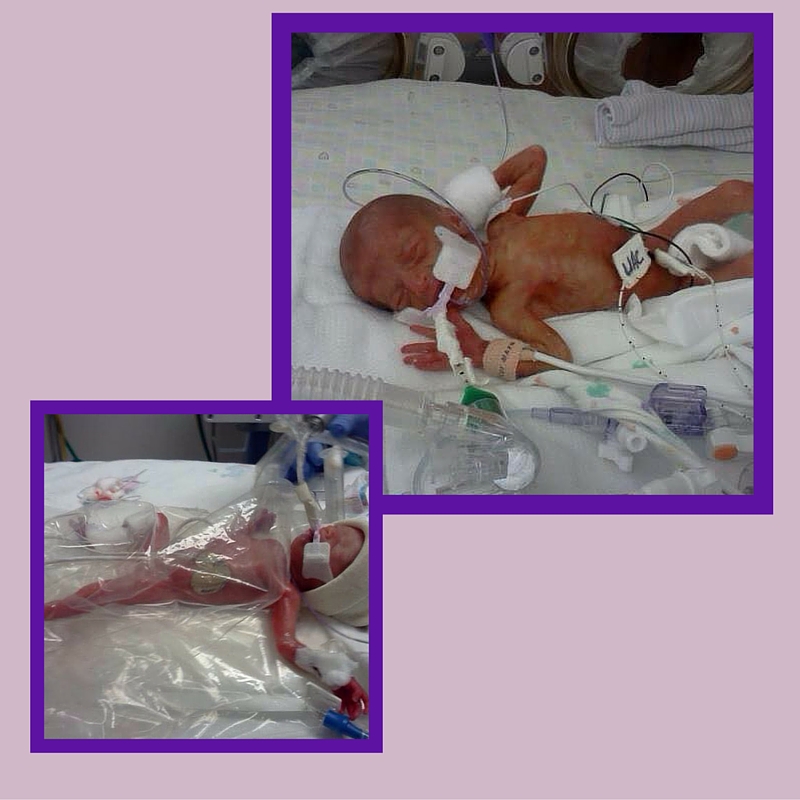 Our nicu stay was 5 months long, approximately 141 days!!! Her nicu stay involved several X-rays and head sonograms, 5+ blood transfusions, 5+ picc lines, 56 days on ventilator, 90 days in a warm incubator, ng tube feedings, a sad amount of apnea and bradycardia events, a few neopuff resuscitations, numerous staff infections, a few cases of sepsis. Tons of medications including caffeine, and wayyyyy too much reflux and possible NEC. After a few months of trying the bottle with ultra preemie and preemie nipples she was getting too worn out and at high risk of aspiration so Olivia had her first surgery at only 4 1/2 months old, she got the g-tube placed on September 3rd, 2014 and was finally discharged on September 19th, 2014. (after 2 failed discharge attempts) She came home on oxygen, apnea monitor, oximeter, 5 different medications, and of course the g-tube*.

The hardest part of the entire journey was trying to remain positive and patient! 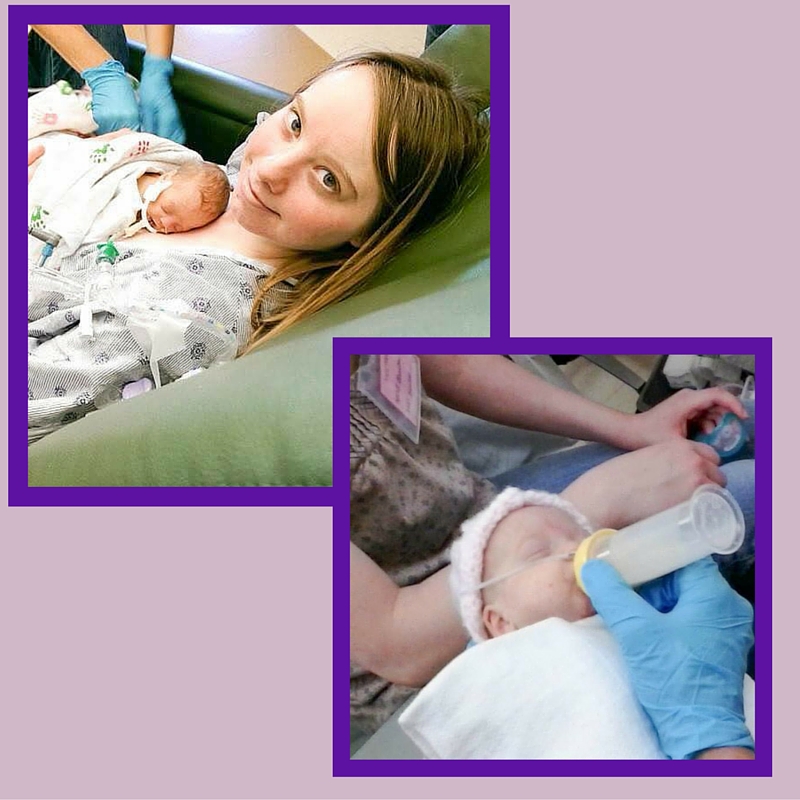 They are not sure why I went into pre-term labor, I just woke up on the 30th of April and starting bleeding, I went to the ER and they sent me straight to the L&D triage room where they found out I was dilated to a 5. Ultrasound showed baby was okay but laying transverse so they had to do an emergency c-section. They took her by ambulance immediately after birth to a level 3 NICU which is an hour away from home. Later they finally discussed with me what happened, and they believe I have Incompetent Cervix. 4. How are you both doing now?

Olivia and I are doing great, she is 14 months old (10 months adjusted) and weighs 17 pounds. She is a very happy baby. She was discharged from her oxygen, apnea monitor and oximeter in April 2015. She still has the g-tube and uses it daily. Feeding has been a big struggle for us but she is currently eating 2 ounces of baby food a day and still using bottles at stage 2 nipple. She loves to crawl, has 2 teeth and loves to be outside! 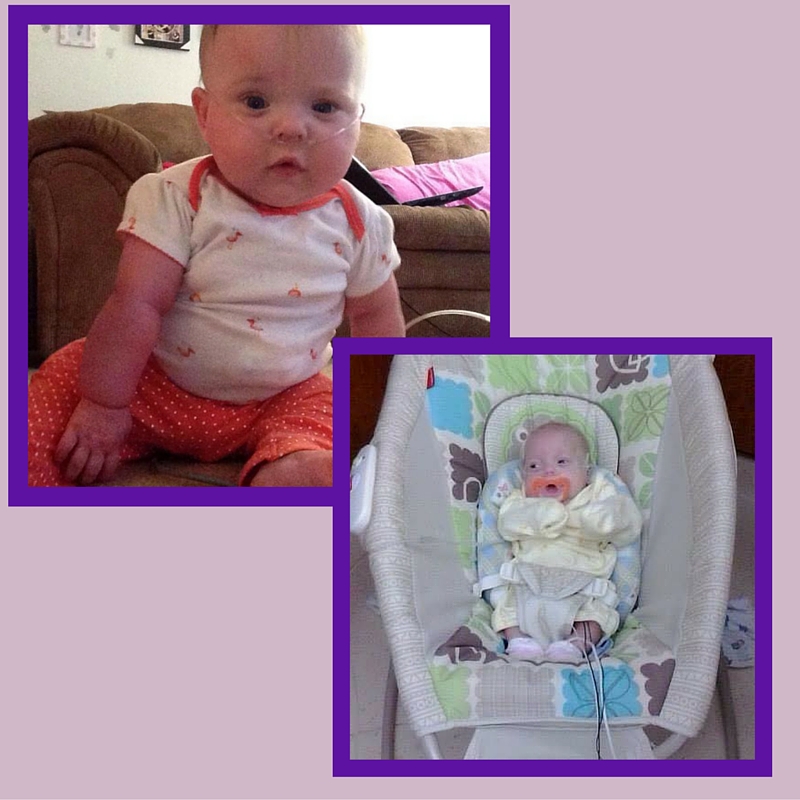 5. What advice would you give a new preemie mom?

New micropreemie moms i would definitely say to journal EVERYTHING!! Every feeling you have, write it down! Every milestone big or small write it down!! Even if it’s just a smile or a yawn write it down!!! And also take it day by day, never look too far into the future and never look way back into the past! Concentrate on the present and be patient and try to think POSITIVE!! 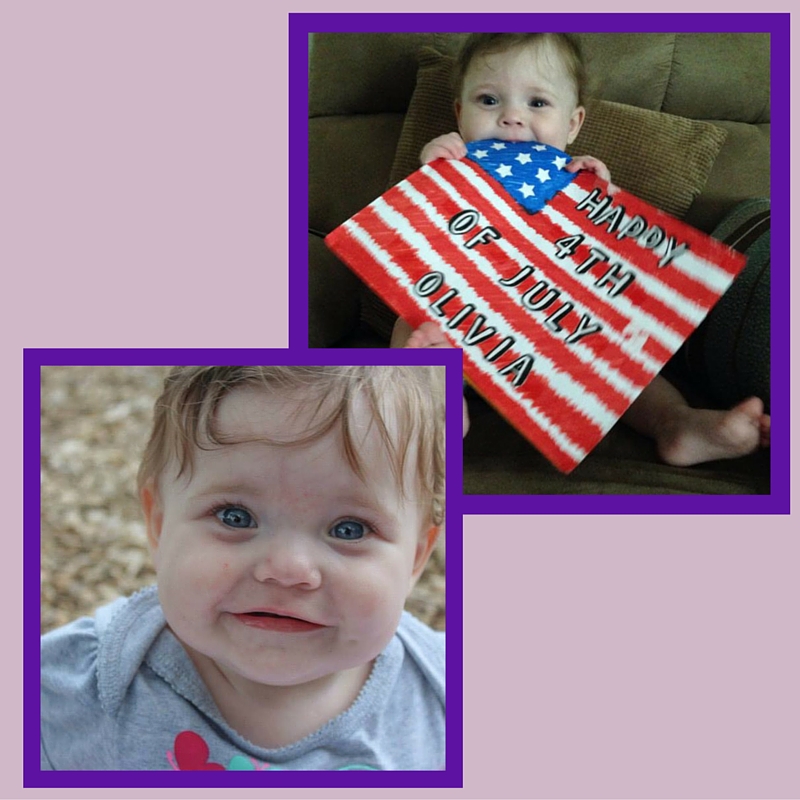 Thank you so much Shelby for sharing Olivia with us. She is so adorable, and I know we’re going to see great things from her. Please feel free to leave Shelby any comments or questions, and she will be able to respond.

A gastrostomy tube (also called a G-tube) is a tube inserted through the abdomen that delivers nutrition directly to the stomach. It’s one of the ways doctors can make sure kids with trouble eating get the fluid and calories they need to grow.