You are here: Home / Blog / Progress and Moving Forward

Little by little, I’ve been making some progress this week. I’ve been feeling a little overwhelmed and emotional lately, as you can tell by some of my posts.

Thank you so much to everyone who read and commented on Reasons I feel like a Bad Mom, Preschool Problems and Hard to be a Blogger. I felt a lot of love and support, and I also got a lot of great advice. So, I wanted to update you on the progress I’ve made. 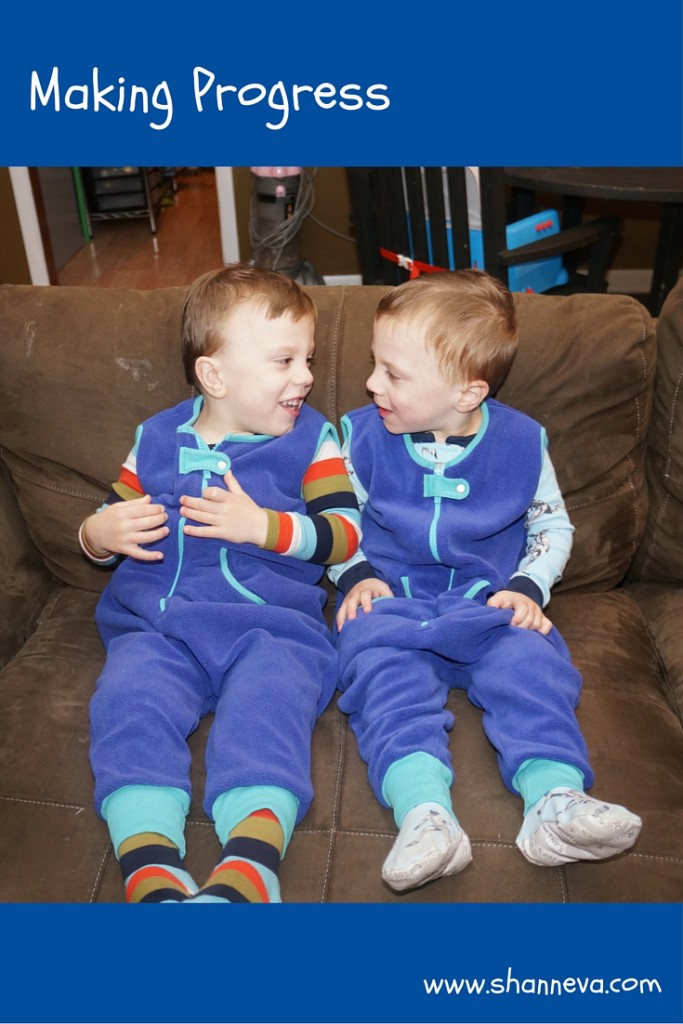 It was so helpful to read other people’s experiences with preschool, and it was also nice to read I’m not the only one who is having trouble with this step for the twins. I got some really great advice from a local mom (who also happens to be a member of my book club,) so I called the school district.

I spoke with a speech pathologist, told her my concerns, and she met with the twins on Wednesday morning.

It was a pretty informal evaluation, which was great. We went to one of the elementary schools, which the twins were very excited about, and they got to play with all her (the speech pathologist) trucks and toys. She then showed them each some cards, and listened to how they said certain sounds.

It was actually really cute watching them. She would ask them to repeat a sound, like an “S” for example, and say, “Can you do it like this?” while pointing at her mouth with her finger. Both boys would repeat the sound and do the same thing with their finger too. I couldn’t help but giggle a little.

It turns out, they are right on track! They have a little trouble make the “F” and “Z” sound at the beginning of words, but are able to make them at the ends of words. She said that was normal, and they should keep making progress. The “S” sound she said would take a little more time, but was nothing to worry about either.

Overall, it was very reassuring, but I still have some concerns on their development with regards to them being ready for preschool. The Speech Pathologist said they have an overall Developmental Screening with the School Psychologist, a Physical Therapist, and an Occupational Therapist coming up next week. So, we’ll be heading back, and I’ll let you know what happens.

No, all of my blogging problems didn’t just magically disappear, but I’m feeling a little better. Of course, my husband read the post that day, which led to a discussion.

It turned out, he was having some stress at work, so he wasn’t really being present when watching the boys that morning. He offered to move my computer to a quieter space, but I declined. I don’t like to be shut off from the family all the time, but when I do need quiet, he’s going to work to help me more.

It’s sometimes easier for me to write out my frustrations, then to actually talk about them. It’s something I need to work on. I’m a work in progress too. 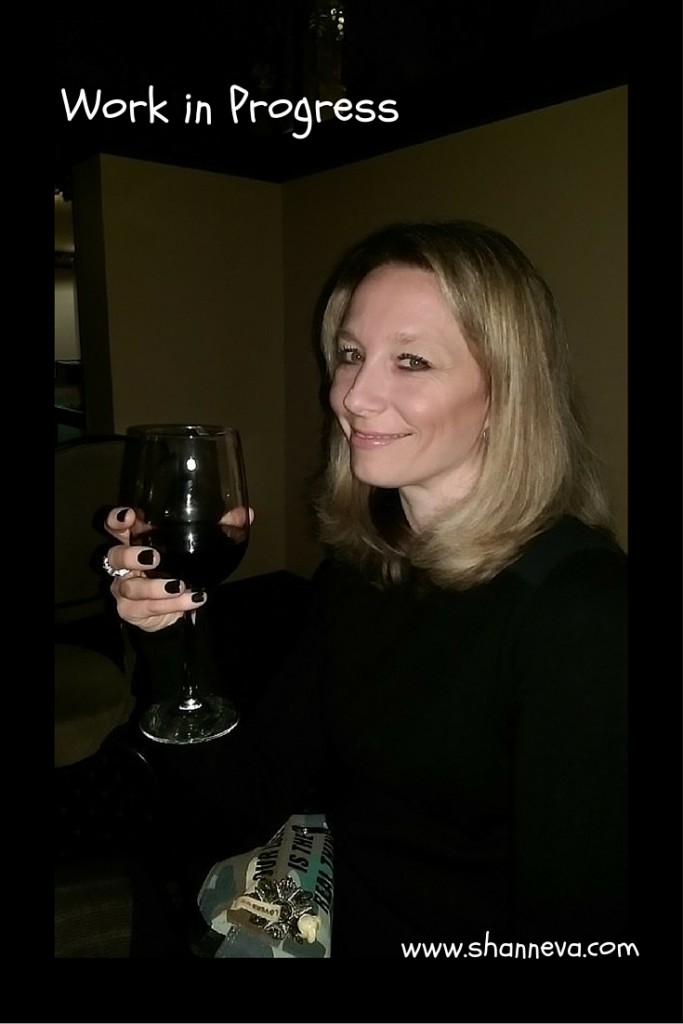 Last, but actually most important, I’ve been trying hard to get rid of some of the mommy guilt, and work on my patience with all three kiddos.

I have not cut out the yelling, but I think I’ve cut back a little. I’m trying really, really hard. They are all really, really good at knowing what buttons to push at precisely the right time. If only I could harness all that power for good…

I have been making better decisions , though. I have not been giving into tantrums, like I sometimes do because it’s just easier. I didn’t buy them trains when we were at the store, and I did not promise treats just to get them to take naps (although I did promise a treat if they ate all their dinner.)

Work in progress. Work in Progress.

So, how’s your week been? Have you been working on anything?