Last Friday, I talked about the beginning of my oldest son’s third year. If you missed it, you can catch up HERE.

Basically, I made it through the first 6 months, which was up until his brothers were born.

Right after they were born, I have to say I felt some relief. When they were inside me, I felt like every decision that was made was all on me. I felt solely responsible for getting the twins here healthy and alive. Obviously, the doctors played a part in helping me make decisions, but honestly, quite a few of them told me they didn’t know what to do or what was going to happen. I will never forget being told that I couldn’t feel safe until I was holding my babies in their nursery.

But, again, this post isn’t about the twins or me, it’s about their older brother, who was only 2 years old, at the time.

It was the beginning of May, and after I spent the required three days in the hospital, I went home. I wasn’t fully healed from the emergency c-section, and should have stayed longer, but I wanted to be home with my son. I still had two babies in the hospital, but I knew the doctors were doing everything they could for them. I wasn’t able to hold or even touch them yet, and my 2-year-old needed me desperately.

For the rest of the time the babies were in the hospital, which was three months, I would call the NICU in the morning to check on them. I would then spend a little time with my oldest, then take him to Grandma’s, have a Grandparent come over, or drop him at his cousins. I would then head to the hospital for a few hours, then spend the rest of the day with my oldest. My husband would go to the hospital on his lunch hour or after work, then come home.

The three of us would eat dinner together and watch an episode of Modern Family. For some reason my son really liked it, and it was a good distraction.

A lot of everything else is a bit of a blur. I was pumping all the time, exhausted, stressed out, and emotionally drained. I tried to keep things as normal as possible for my oldest, but it just isn’t normal having two babies in the Intensive care unit of a hospital.

I don’t remember when/how he got potty trained, but I know I wasn’t much help. I know he still loved his “Fa-Fa” pacifier, and also loved to sleep with us, even though he had his own new room.

Over the weekends, we would take him to the hospital to try to see his brothers. He wasn’t allowed in their room because it was a requirement to be 3-years-old and have all your vaccinations. So, if there was a nice nurse working, she would let him come into the hallway, and we would hold him up. He could look thru the glass and see his brothers in their isoletes…just barely.

It was summer, so we tried to do summer things with him too. We took him to run through the sprinklers with his cousins, to sit at the 4th of July Parade, to the zoo to ride the train, and to a church festival, where he got to ride another train….still one of his favorite things to do. 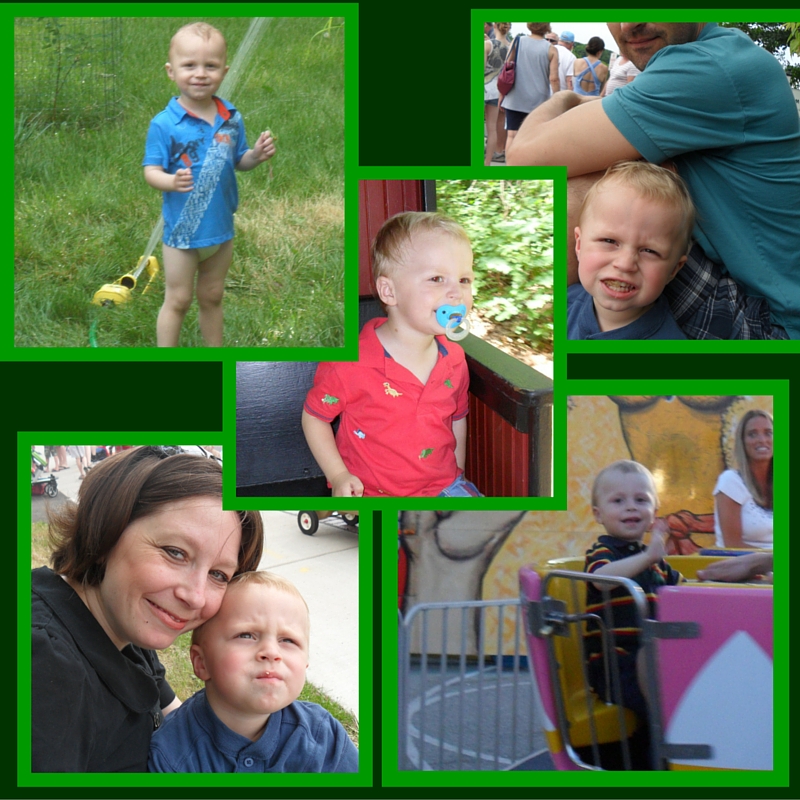 Somehow we made it through the three months, and all of a sudden, both his brothers came home within days of each other. (He actually thought there would be another one coming at some point too, even though I assured him the two were it.) 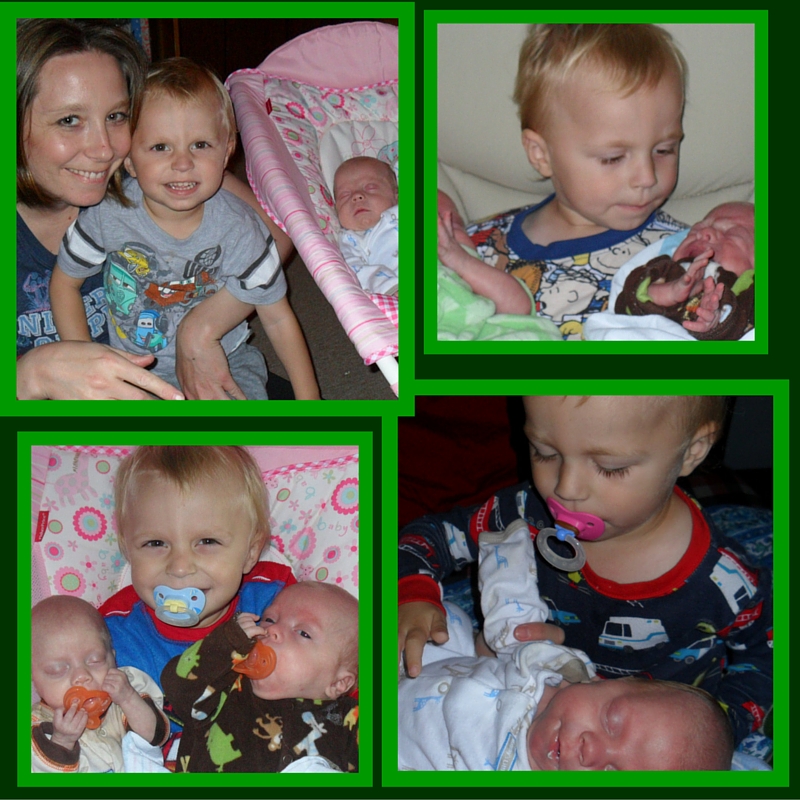 He would call them “his babies,” and want to hold them. He also loved having the home health care nurse and physical therapist come over…which was pretty frequent at the beginning. My son is quite the performer and loves an audience. They were always really good about asking him questions and including him, even though they were there to check on the twins. 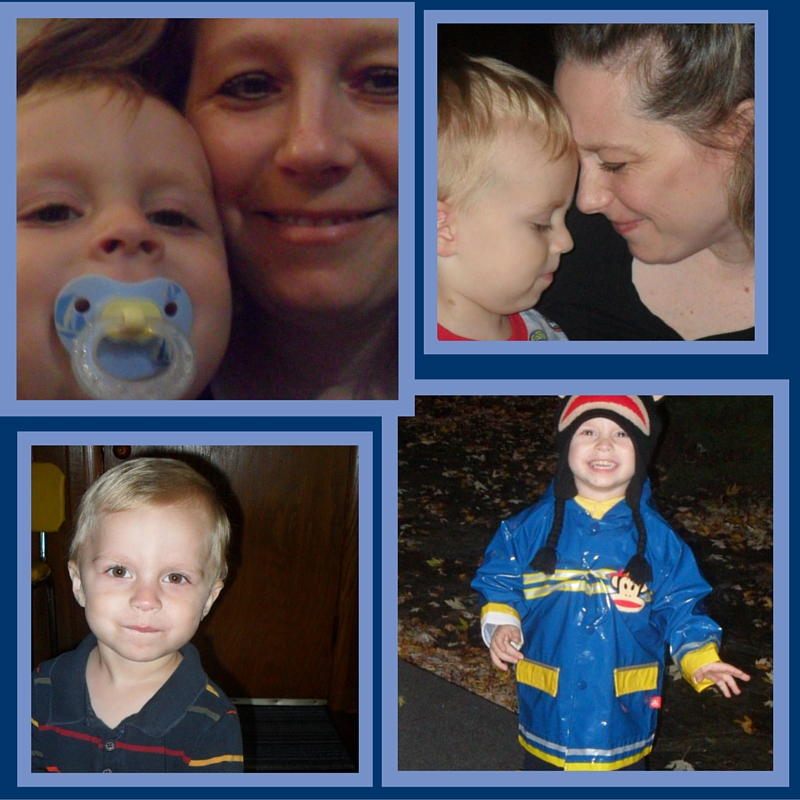 Finally, as we prepared to head into our first winter of isolation, we threw my oldest son his third birthday party. It was just grandparents and one close friend, as we had to be very careful about germs. I still went all out with the decorations, and he had a Thomas the Train theme. 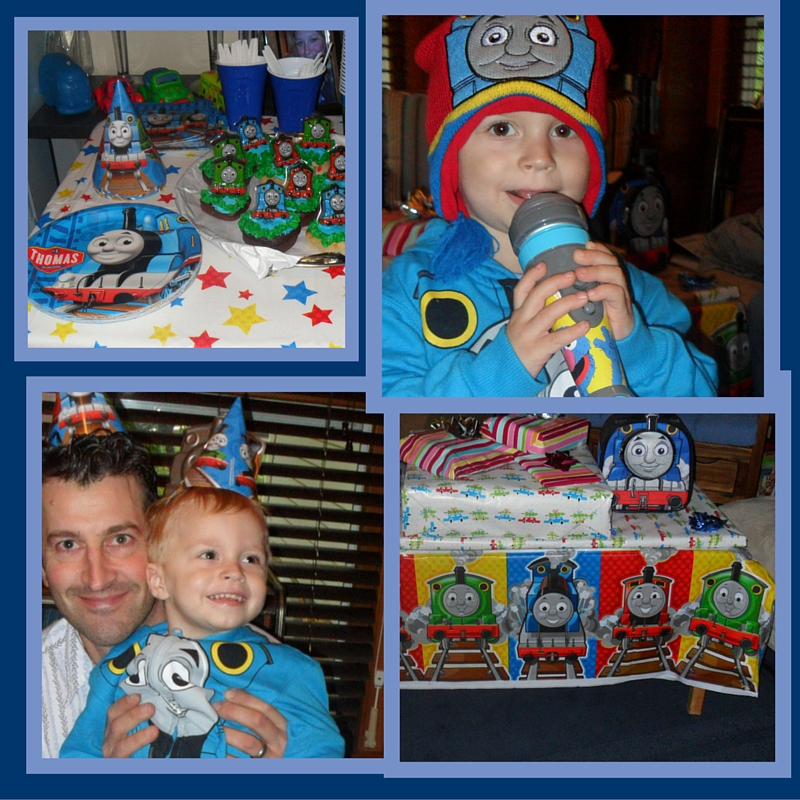 After that party, we began our lock-down for cold/flu/RSV season. That meant no play dates, preschool, or outings for my oldest. It still breaks my heart that he couldn’t go out and do all the things three-year-olds are supposed to be doing, but we had to think of the health of his brothers.

I hope looking back, he will just remember how much we loved him and his brothers, and not see what he missed.

High-risk pregnancy, along with premature birth, really affects the whole family in such a long-term way. I hope that this post gives you just a little glimpse into what our (and his) life was like, and what others may be facing. That is why fighting to end TTTS/SIUGR and Premature Birth are causes I’m so passionate about.

If you know anyone that needs support, please have them contact me.