You are here: Home / Blog / Four for Friday

This week has been all about the number four:

So, I thought I would share 4 things that made the week eventful. Not all of them made me happy at the time, but I’m choosing to see the silver lining and focus on the good outcome. 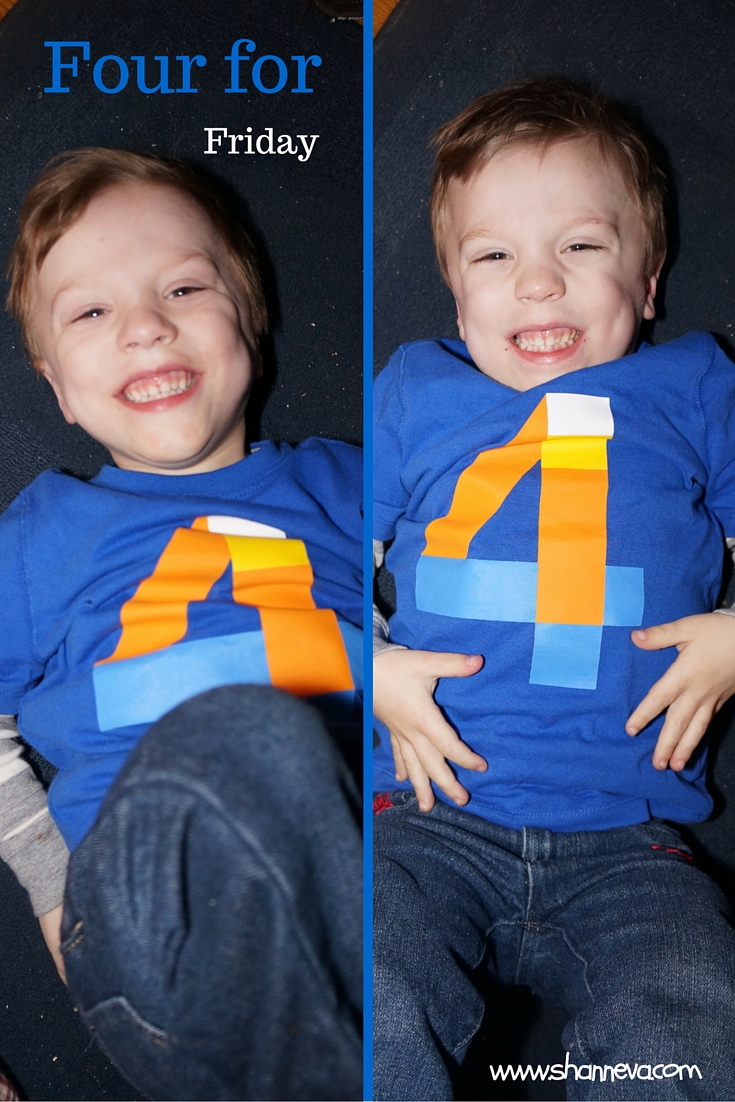 1.Spring/closet cleaning of the Twins’ Room

The twins and I had returned from the gym, they were eating lunch, and I decided to pop onto the computer to catch up on some work. They were running around, but laughing, so I didn’t bother them about sitting to eat.

I then heard their bedroom door close, but I kept hearing laughter, instead of the usual screaming, so I kept working and eating my own lunch. I finished up, and then went to check on them. It had probably been about 10 minutes.

To say I was not amused would have been a huge understatement. First, came shock. Then, anger, frustration, and finally just despair. In addition to the 4 million piles of laundry I had been working to put away, I now had two mountains of extra clothes. I just broke down in tears.

After a few deep breaths, I put one twin in my room, cleared one crib, and put the other in it. I shut the door for naptime, and just let the tears keep coming. I called my Mom. I called my Husband. I told everyone the twins’ birthday (which was the next day) was cancelled.

I then laid down for a half hour, and came up with a plan. I had been needing to clean out their closets and drawers, so I  would go through all their clothes when they got up from their nap, instead of just shoving everything back.

I put all the small clothes in boxes to give away, all their winter pajamas in a tote, and sorted everything else back into their dressers. It took me a few hours, and I didn’t get anymore laundry done, but their room was cleaned. I also made them clean up all their toys in the living room. I think they could tell how upset I was, and did it without whining.

2.May the Fourth Be With You

The twins’ turned four on May 4th. It was their golden birthday!

The antics of the day before erased, they got on their birthday shirts, and Grandpa came to pick them up. He took them to see their cousin’s preschool program, which they loved. Anything involving running around, singing, and a giant parachute is good.

While they were busy, I ran to the gym, and then ran to get a few last-minute birthday supplies.

As soon as Mr. B and Dad got home, we all went out to dinner (which you can read my restaurant tips HERE,) got balloons when we finished, and then off to Grandma and Grandpa’s for cake. The cake was Red and Pink, at their request. Plus, they got the coolest trains and digger trucks from both sets of Grandparents. 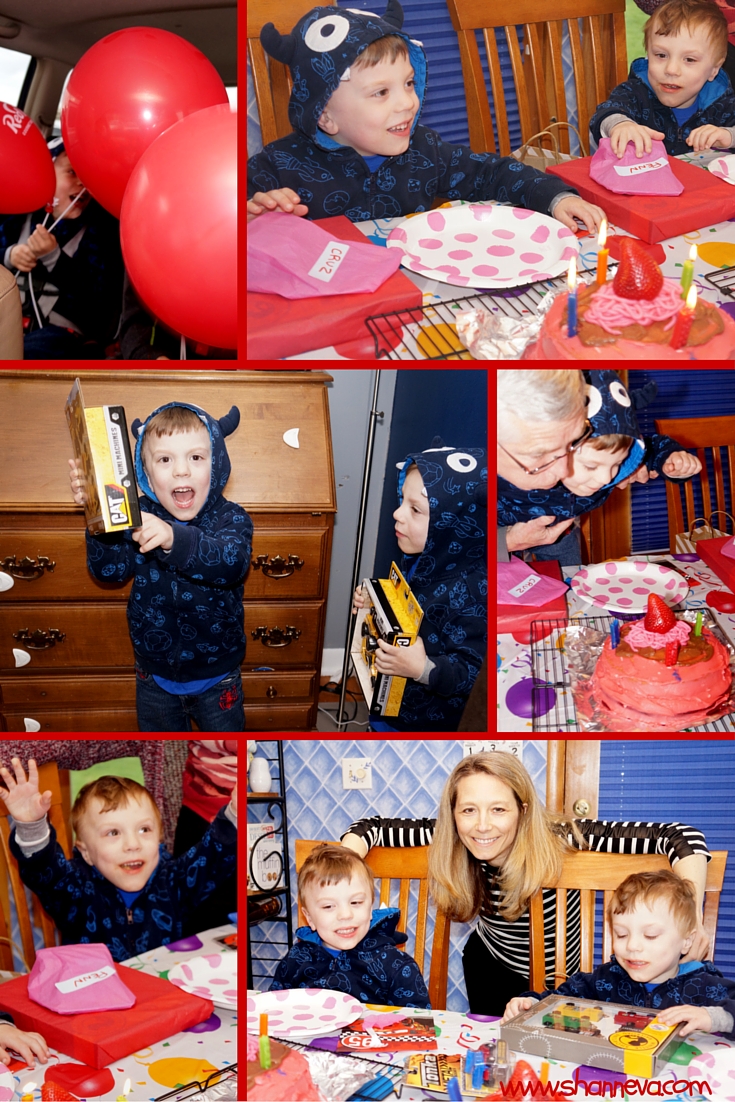 In my pre-mommy life (actually, in my pre-wife life,) I danced and performed frequently. I got my undergrad degree in Modern Dance, danced at a theme park in Arizona, danced in our professional soccer team’s performance company, and danced with a Modern dance company.

When the Artistic director/owner of the Modern Dance company moved to Chicago, I performed in a few random pieces around the city, and then took a break. Engagement, wedding planning, pregnancy, mommying, and pregnancy again took priority.

Then, last Spring, I found an adult ballet class, and my love for dance was reignited. In addition to the ballet class, I’ve started teaching ballet to little ones. I also started taking a Modern class at another studio, and we are performing this Saturday.

I began my healthy eating and exercise plan exactly a year ago. I honestly didn’t know what to expect.

I’d tried diets before, but never tried to change my habits before. So, that’s what I tried to do this time.

I’m down forty pounds, and I’m actually in better shape than I’ve been in since high school. I’m comfortable in my clothes, and I no longer have high blood pressure. I’m feeling good, and actually not completely dreading my upcoming birthday. Which, also happens to start with a four.

So, there’s some goodness, some drama, and some motivation for the week. How was your week? Was the Fourth with you?!