There can be many different reasons for this, but the outcome is always the same. The baby is very small for its gestational age, not getting enough nutrients to grow. It’s very dangerous for the baby. There is no treatment for this condition when the baby is in the womb, so delivery is the only option when the baby stops growing.

Today, you’ll meet William, who had to battle this condition and face a very early delivery. His story is just as amazing as he is, and I’m very happy to be able to share it with you. His mother, Heather, sent me his story after a long day in the NICU. Please read all about them, as they continue to fight their way home. 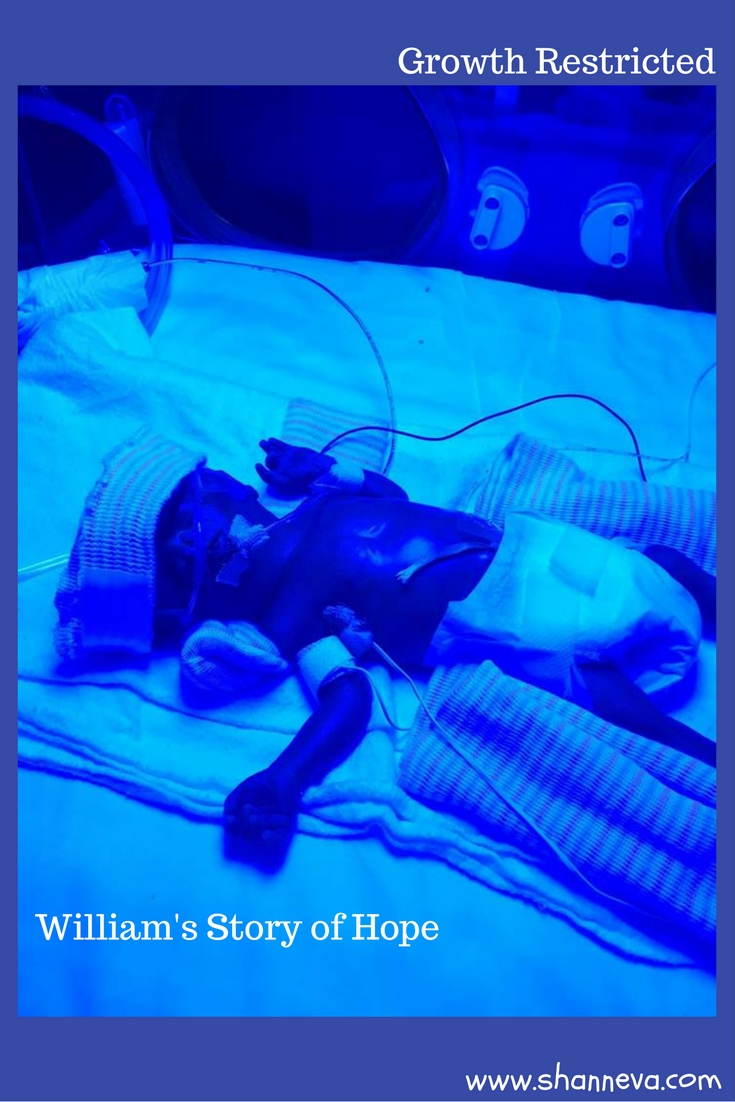 1. Tell Us About Your Baby

William Thomas was born July 1, 2016 via emergency c-section when I was exactly 29 weeks pregnant. He was severely growth restricted, weighing 1 lb 4 oz and was 11 1/2 inches long. 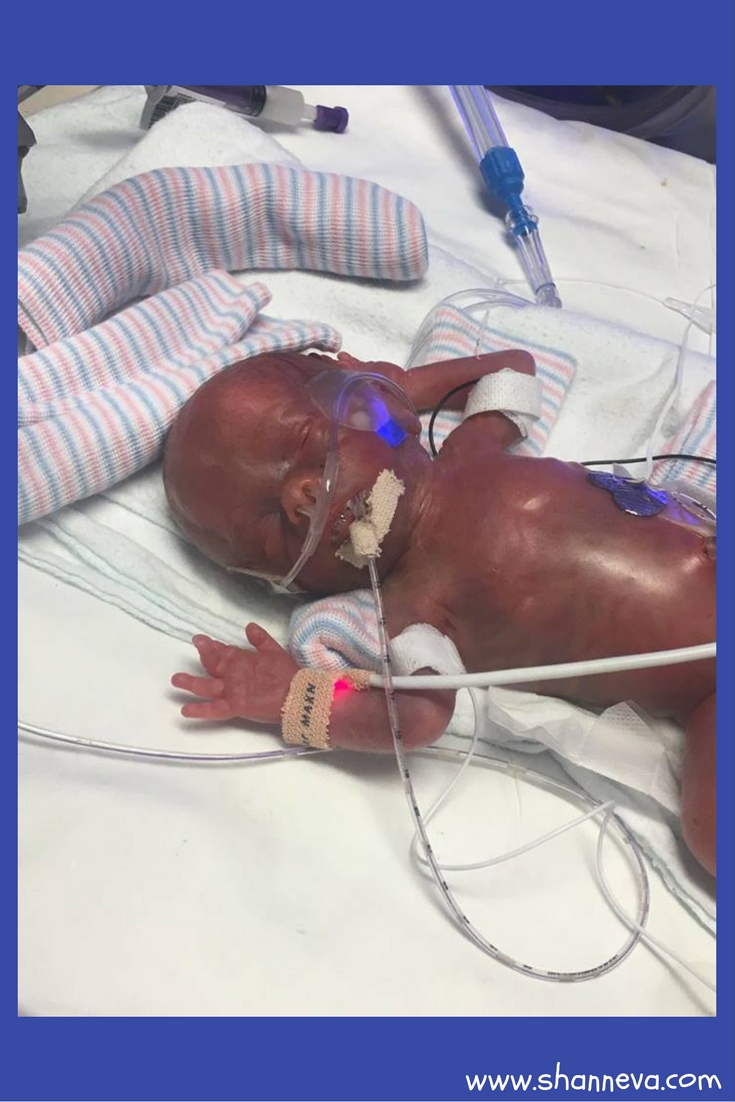 2. How long have you been in the NICU? What was/is the hardest part?

We’ve been in NICU 80 days as of this posting. William came out of the isolette today and has been taking a bottle twice for about a week now. We’re hoping he’ll be home soon!

The hardest part, hands down, is walking away. We’ve been doing it since the day he was born and it never gets easier. There will always be that tug at your heart, that ache and emptiness, walking out of a hospital without your child.

Second would have to be watching your child struggle. Whether it’s to breathe or to eat, or when they’re hurting during a procedure or replacing a feeding tube, it’s absolutely heartbreaking to watch. 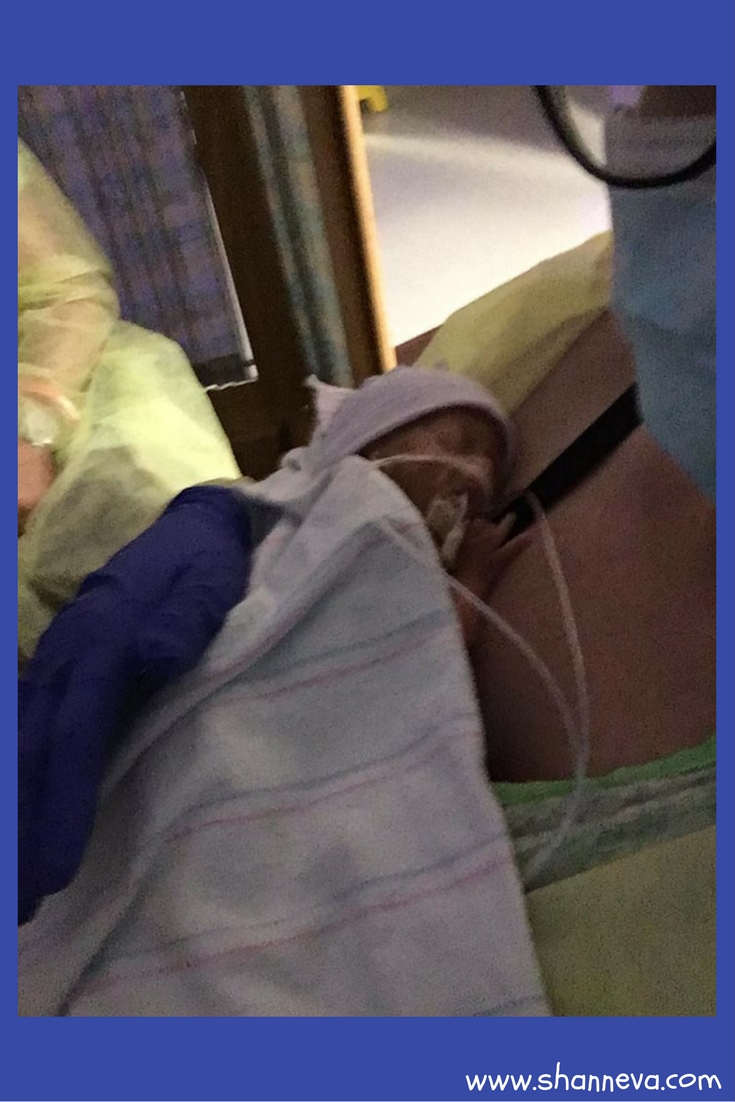 3. What caused your premature birth?

Ours was a combination of a lot of things, I guess.

He fell behind in growth at my 20 week anatomy scan. I had another scan at 25 weeks because they weren’t sure he was small, or if all his womb acrobats made the measurements off. However, it was confirmed he was, at that point, 2-3 weeks behind in growth. I saw a Maternal Fetal Medicine doctor on Wednesday, June 29 2016 and was immediately admitted due to severe IUGR (6 weeks behind at that point), reverse blood flow, very short cervix, and heart rate decels caused by contractions I didn’t even realize I was having. My body was trying its best to go into labor with my tiny man.

They didn’t think I’d make it overnight without them taking the baby due to the heart decelerations. I got my first steroid shot for his lungs and started on magnesium for his brain. The Magnesium also helps stop the contractions. The contractions didn’t totally stop, but we managed to hold on! I had the second steroid shot the next day, and held on for it to do some good for his lungs. Unfortunately, on Friday night, he had three big decels in a 30 minute span. The decision was made. William was born on July 1st at 10:48 pm, 29 weeks exactly.

At delivery, it was also discovered that my placenta was very small, and Will’s cord was very short.

Will is basically a feeder and grower at this point. He’s weighing right around 3 1/2 lbs.

There are two major things we’ve faced in the NICU. The first was his PDA Ligation surgery. He’s also having a laser procedure tomorrow for ROP (Retinopathy of Prematurity).

We’ve been extremely blessed for preemie parents period, not just micro preemie. Will was only on a ventilator for 12 hours after birth. He then went straight to a nasal cannula. Our first big surprise from our tiny guy! He only had to be reintubated twice; once for his PDA Ligation, and once when he had a bad reaction to eye dilating drops and an infection. It was a very scary episode for me, but he was back on the cannula a few days later.

He’s been off all oxygen support since he was 6 weeks, 3 days old (and still barely over 2 lbs!).

Also, tomorrow he’ll need to be intubated for his ROP procedure. But he’s a strong little guy!

I’m doing well and staying strong because of him. He gives me so much strength just by seeing how much he has. If he can do it, I can do it. 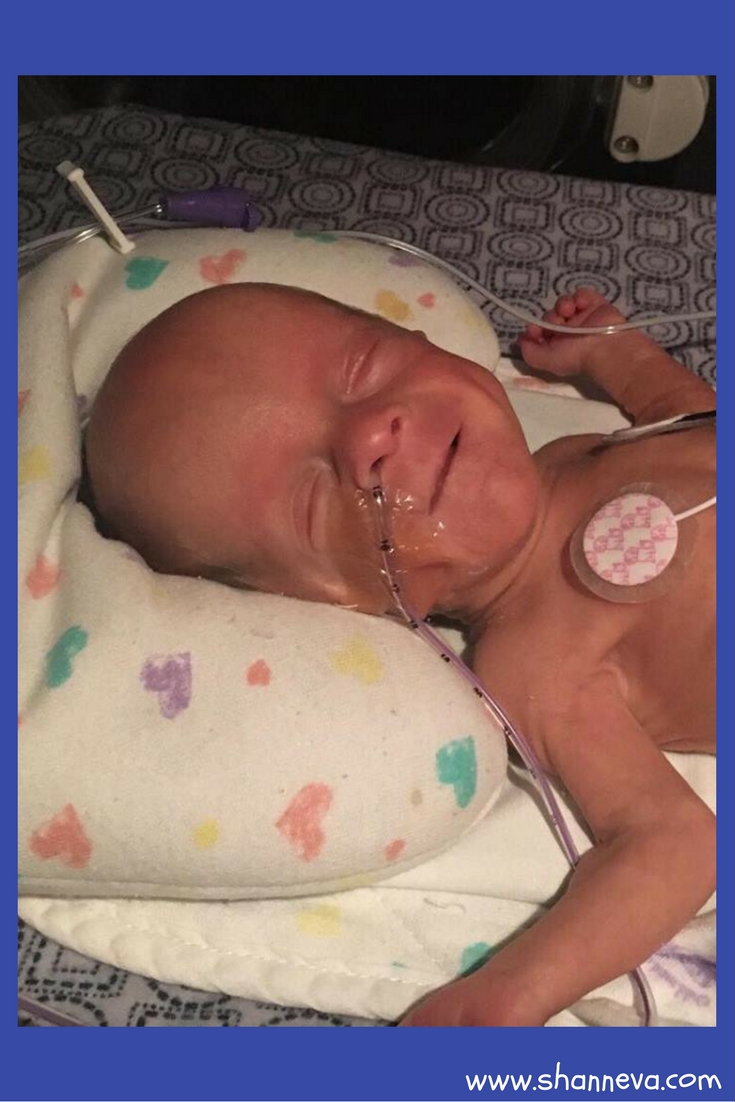 5. What advice do you have for new preemie moms?

Take time for yourself. Whether you have other children or not, it’s so important to have time away from the NICU. It’s a draining place to be. Don’t beat yourself up for it. Never blame yourself. So many things that are beyond our control can cause a premature birth. None of us would’ve wished this on our child(ren), or done anything to cause it. Don’t forget to be thankful that we live in a wonderful world where these babies have a chance to live, and to thrive. 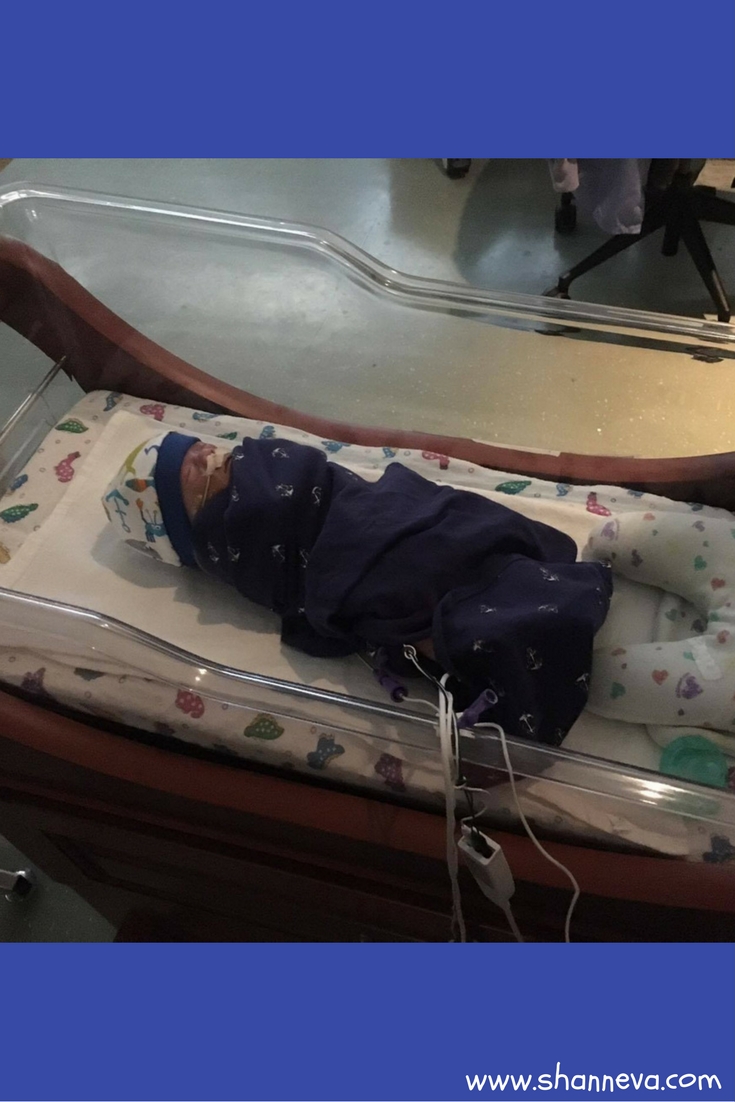 Thank you so much to Heather for sharing precious Will with us. Please send your words of support and encouragement in the comments below. I will update you as soon as they get home!