Every mom-to-be has hopes and dreams about what her pregnancy and birth will be like. Some of us even make birth plans, as we decorate our nursery and register for our baby shower.  But, when your baby comes unexpectedly, things change. Unfortunately, premature birth reality can be quite different from what you pictured.
Often, there isn’t time for a baby shower. The nursery hasn’t been finished.
The birth of your baby goes from a celebration to a time of worry and stress.
When my twins were born, I had not bought one thing for them. I didn’t have a baby shower, I didn’t create a registry, and we hadn’t even thought about names yet. I was barely into maternity clothes. No “bump” pictures or pregnancy milestone celebrations.
My premature birth reality took away my hopes for the celebration I had been picturing when I first found out I was pregnant with twins.
Today, you’ll meet a mother who’s premature birth reality was also very different. I’m so honored to introduce you to Olivia, as told by her mom, Yeni. 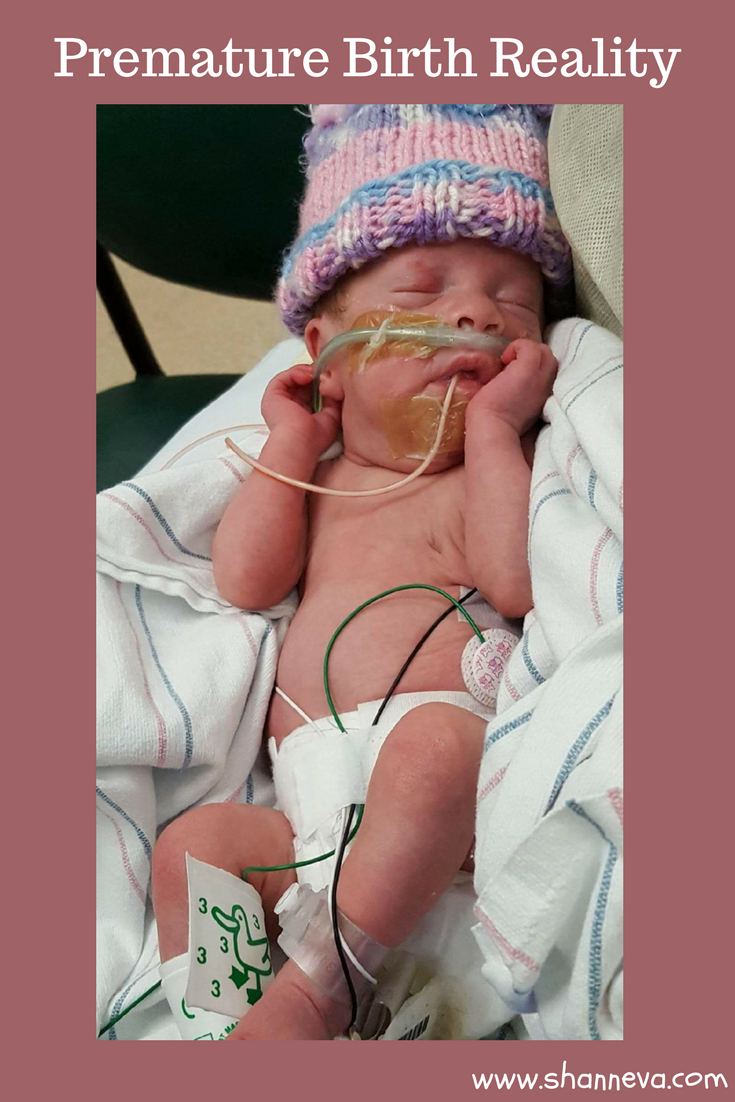 When you think about pregnancy and your baby and giving birth it’s so exciting to think of everyone congratulating you and bringing you flowers and balloons and holding your baby right after giving birth.
Instead some of us wake up a few hours after delivery with an empty feeling in the pit of our stomach, holding back tears as we ask if our baby is still alive. We walk over to the door labeled NICU and give our last name to be admitted into a room full of babies too small to lie in a crib next to their mommies. Instead we are walked over to the small plastic box, with machines surrounding it and wires and cords coming out of it. Inside of it lives my baby.
– Yeni, Olivia’s mom 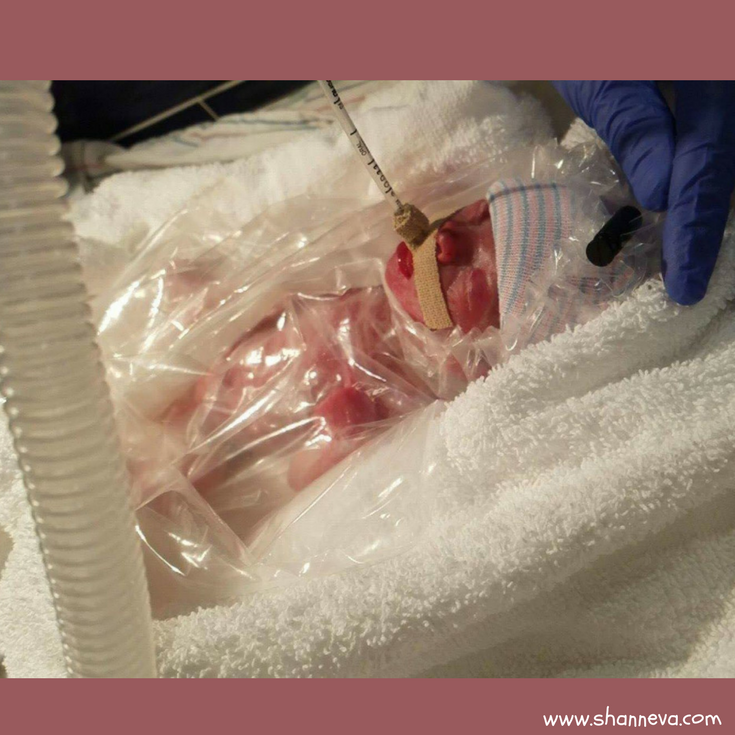 2. How long was her NICU stay? What was the hardest part?

Olivia was in the NICU for 170 long days and came home on .1% oxygen and a handful of medications.

She had a PDA ligation at 3 weeks old. She was intubated until she was about 3 months old, and then struggled hard to get on regular low flow nasal cannula for another month.

It’s very hard to think of one experience that was necessarily harder than the rest. She is my first and only child and every day coming to the hospital, every phone call, every update was like holding my breath. Every bad news, from her heart surgery to a small yeast infection, would literally toss me into a spiral of guilt and anxiety and tears.

Even near the end, when there was no news and she was almost ready to go home, but she couldn’t because she didn’t eat well for a day or two, it was like another jab at my already wounded heart. 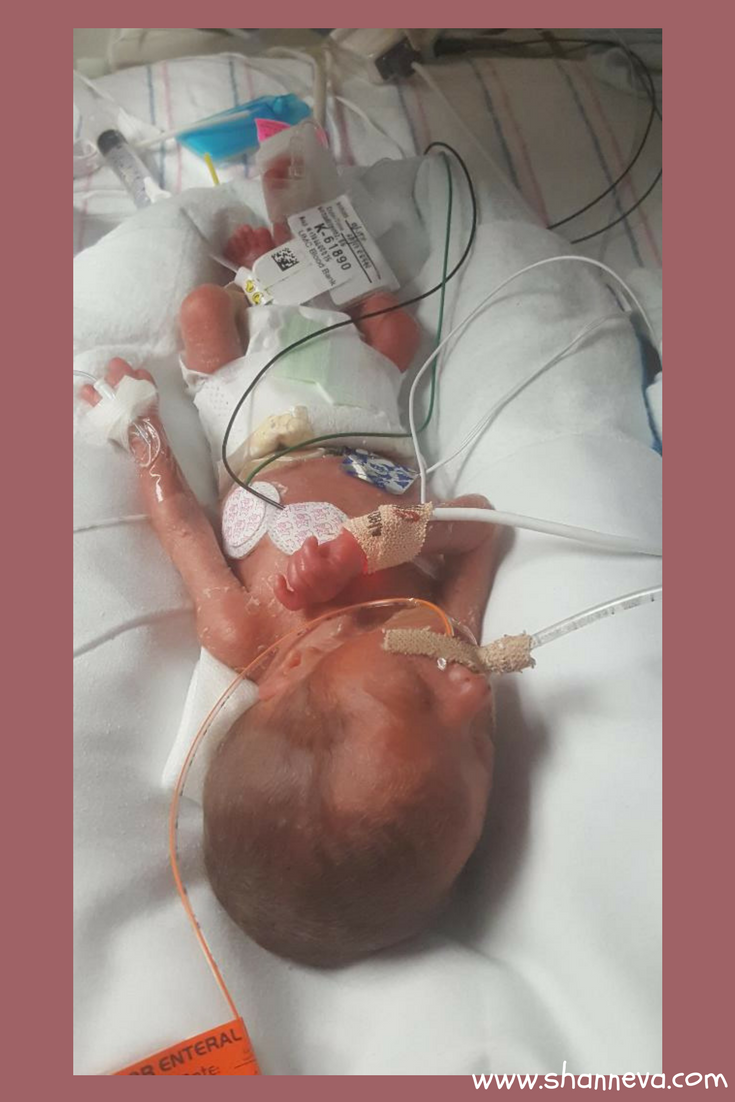 This was my first ever pregnancy. I actually had a Paraguard IUD contraceptive. This contraceptive usually lasts 10 years unless removed.

I had it for 4 years, when out of nowhere I had pregnancy symptoms and boom, turned out I was pregnant. The IUD was still in there.

My OB at the time kept a close look at it until about 12 weeks. She then determined it would be more risky to try to remove it, and that it wouldn’t hurt the baby, so it stayed.

On the morning before Olivia was born I was having cramps, I thought. I powered through a few hours of work, until I couldn’t anymore and went to a nearby hospital to see what was up. They determined I was extremely dehydrated, kept me for 5 hours, had me drink lots of water, and sent me home.

As soon as I got home, the cramps came back with a vengeance. Knowing now what I know, I was deep into labor. I had horrible contractions for about 6 hours that we all thought were just cramps from dehydration. Finally, I couldn’t take it anymore and went to a nearby hospital. I didn’t know they did not have a labor and delivery, so I was transported via ambulance when they saw I was 2 cm dilated to a different hospital.

By the time I got there, I was almost 8 cm. They told me I had to have this baby now, and asked me if I wanted them to take “extraordinary measures” considering how early she would be.

To this day I have no idea what “caused” the premature birth and have constant underlying guilt that it was 100% my own fault and actions that made it happen. 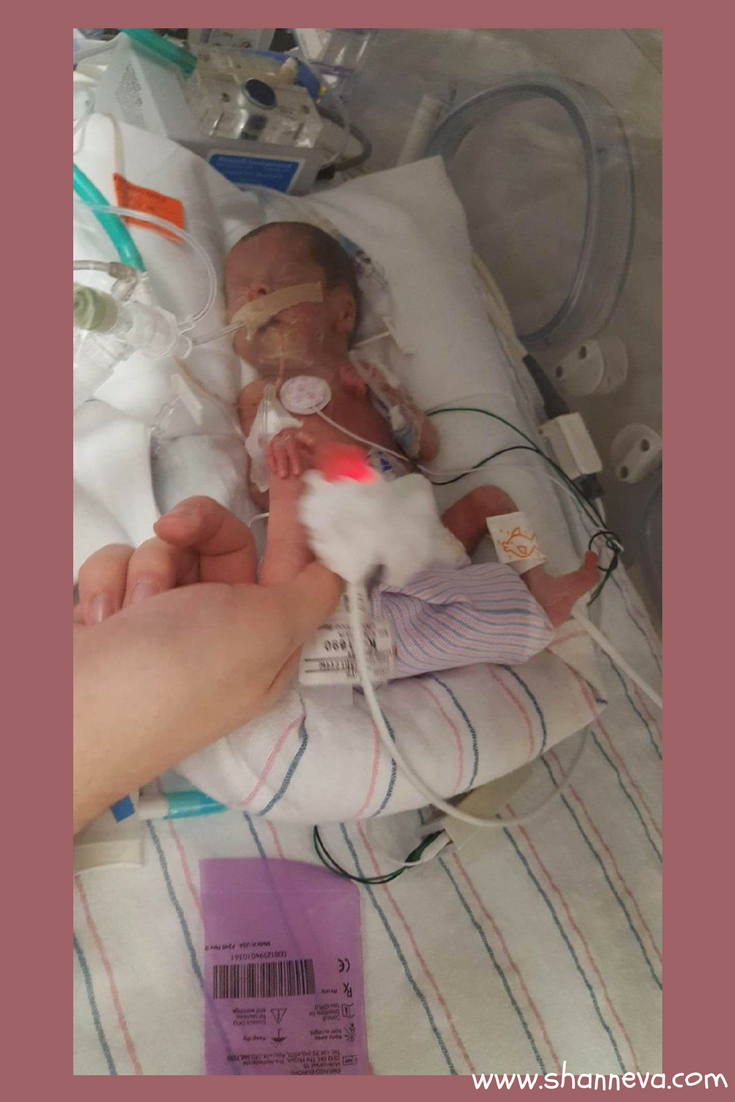 Olivia and I are doing great now.

I had to get medication for depression and anxiety while she was in the NICU, as well as get into therapy, and it helped me a lot. I’m no longer in therapy, and I am in a much better place now. Nonetheless, there is still lots of PTSD and PPD from the experience. I don’t know if it will ever go away, but I am managing it well.

Olivia had 1 hospital visit since discharge due to bronchiolitis and rhinovirus in January for a week. Aside from that, she’s done so well.

She came home on oxygen and had it 24/7 for about 2 months. Then, only at night until she was about 1 year actual.

She’s been off oxygen completely for 1 month now!

We’ve gone down from 4 medications to 3. She has physical therapy, a nutritionist, a pulmonologist, and a gastrointestinal specialist. My days are long and filled with appointments it feels like, but we are very lucky for her health.

She just cut 2 teeth on the bottom set as well.

Olivia has a few texture problems with certain foods and will probably need occupational therapy sooner rather than later. She was dismissed from cardiologist shortly after she came home, which was great.

Olivia is developmentally behind. Even at her adjusted age being 9 months, she just barely started sitting and doesn’t crawl yet. So, we have a long ways to go still. However, she makes great strides with every little step.

This journey has definitely left a lot of trauma with pregnancy to say the least. I originally did not plan to have kids til late 20’s if ever(currently 22). I never knew this world even existed, not to mention how common it is. It’s so scary, and so many families do not get similar outcomes like we did. I can’t imagine risking the trauma of another birth like this one. I am truly amazed by my daughter and in constant awe of everything she has done. Olivia is stronger than I will ever be. She is a bright light in my family, and has so much support from so many people. 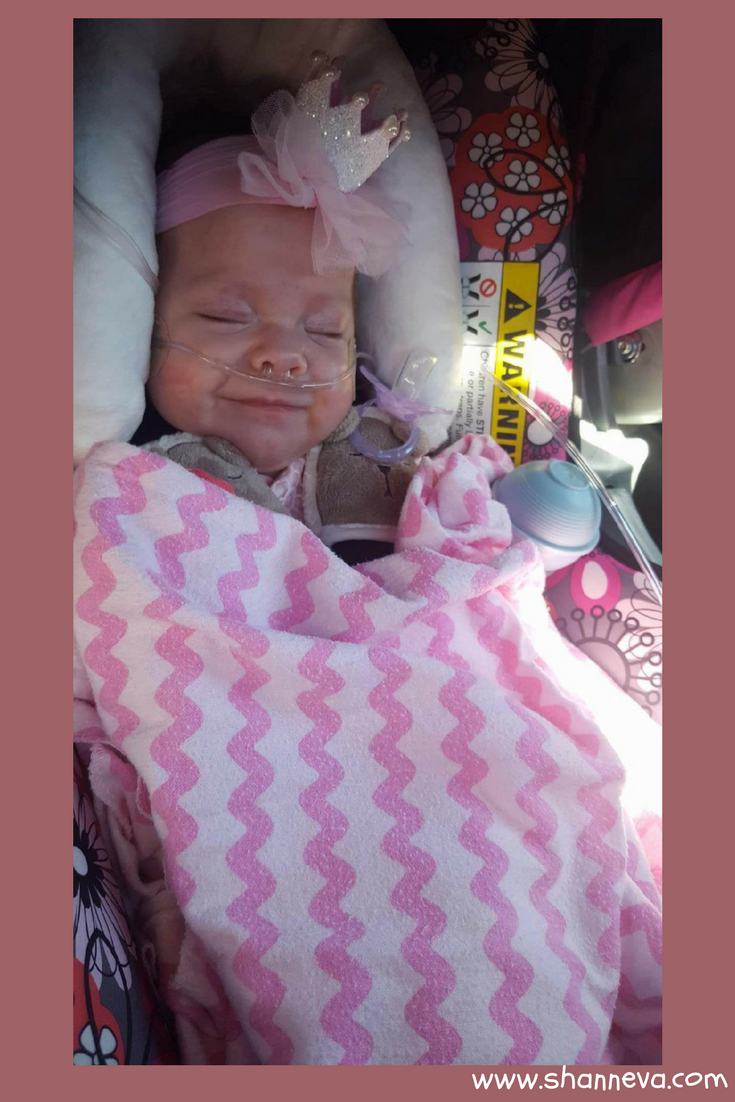 5. What advice would you give to new NICU families?

Start a support group with NICU moms at the hospital. Look for groups on Facebook for they are constantly posting uplifting stories and understand more than anyone else. Ask the doctors and the nurses your questions. Become educated about what’s going on and stay strong.

Your baby is not fighting alone, and neither are you. 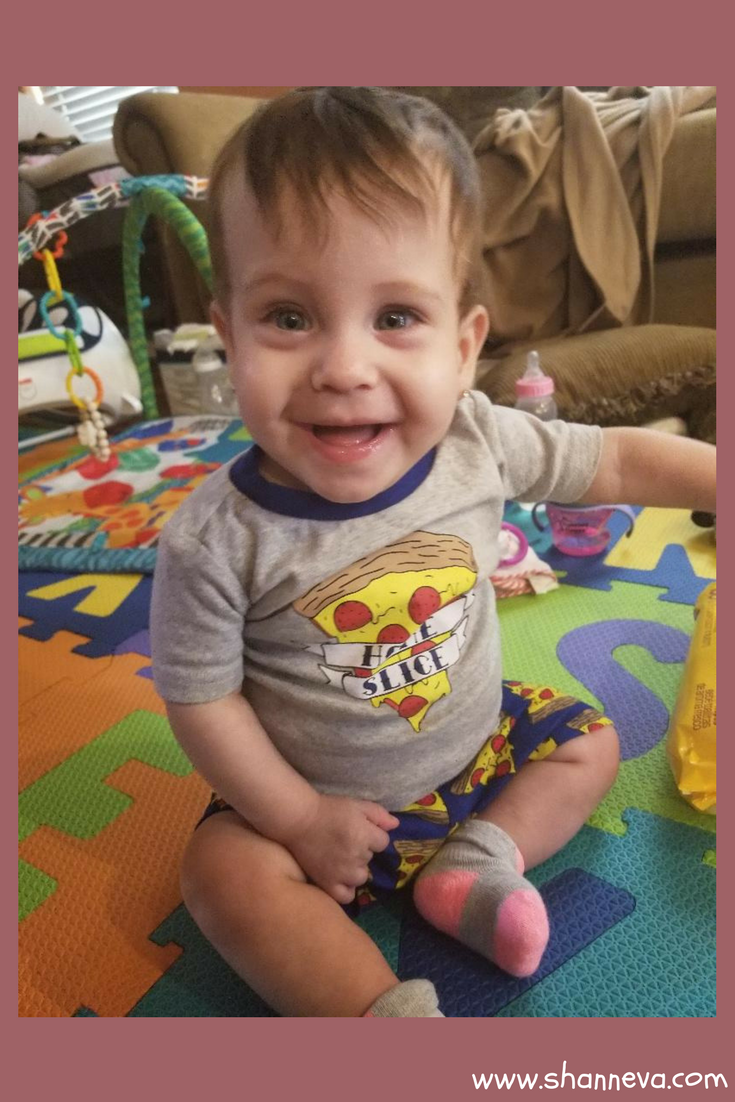 Thank you so much to Yeni for sharing her words and advice, and, of course, sweet Olivia.

Even though premature birth reality may be unexpected and a shock, it is also the chance to witness a miracle. Mothers of preemies get to give birth to their own heroes, and see strength no one could ever imagine.