You are here: Home / Blog / Shann and the horrible, terrible, not so good week

The Week So Far

Even though it’s only Wednesday, it has not been my favorite week. Remember when I talked about that black rain cloud following me around? Well, I think it’s still there. I just can’t seem to shake it for some reason.

I usually try to put a spin on things and think of the good stuff when it comes to posting, but today, I’m just going to vent. And wallow. And get it all out there. Then, maybe I can get out from under this cloud for good. 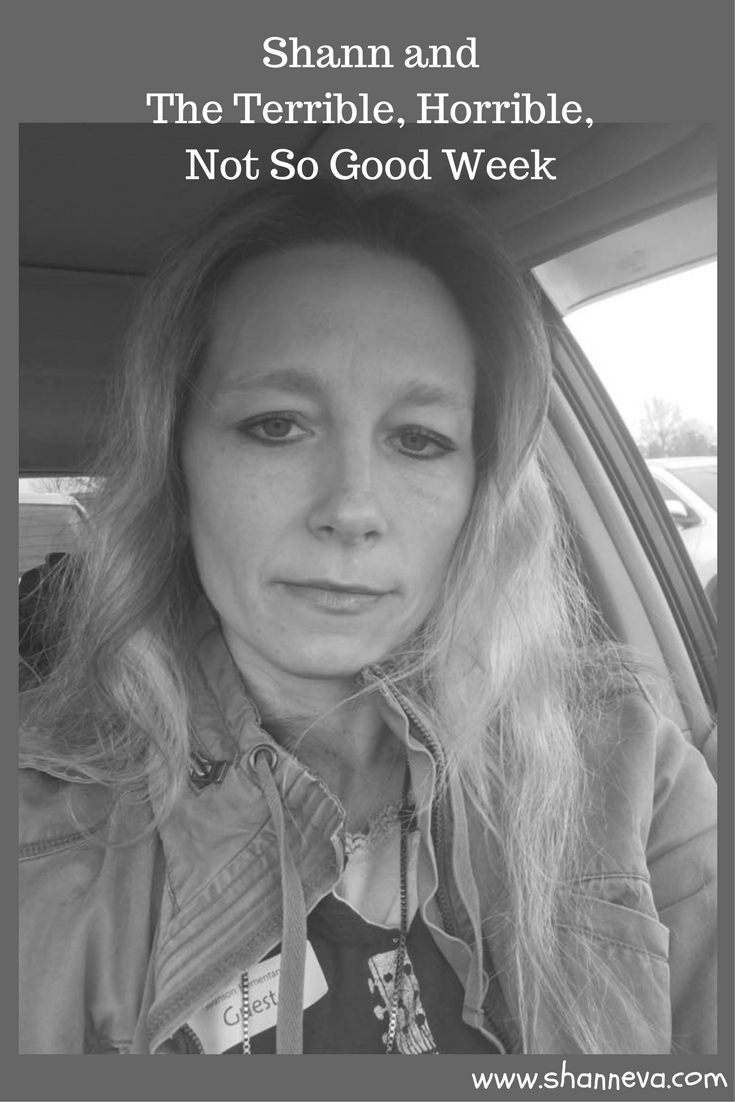 So, here it is. Everything that’s gone wrong, been yucky, or just put a damper in my mood over the last few days. Actually it goes back a little further, so let me start with Friday night.

It was the weekend of my Twins’ Club Rummage sale, so I was at the space setting up. Then, I get this picture: 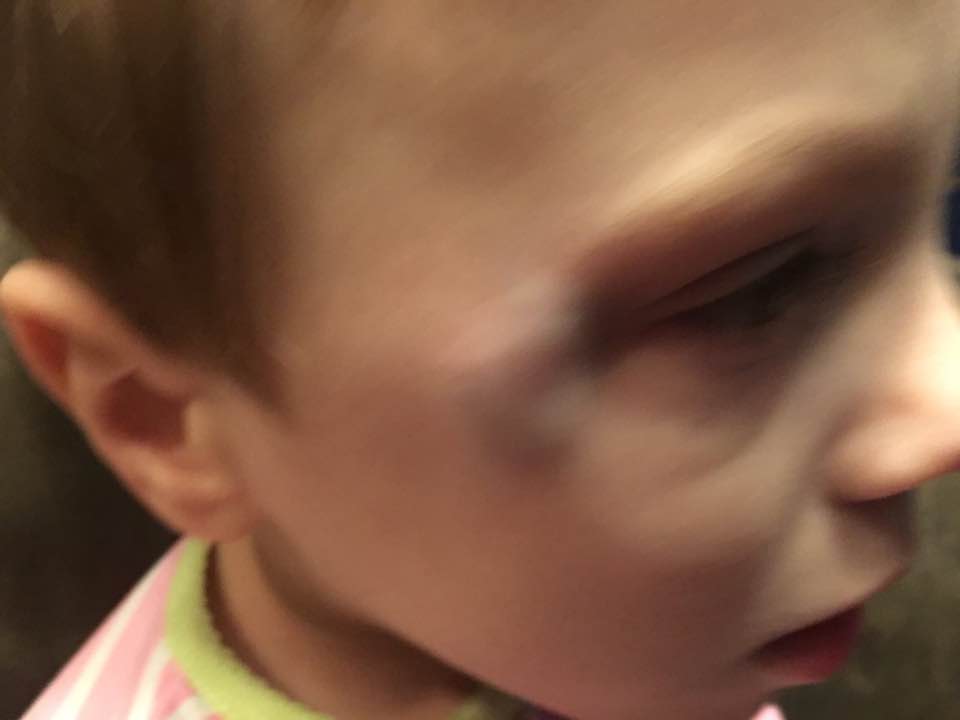 With the picture, the words: Tub Incident

My heart was racing, and I immediately texted back….did he lose consciousness? Is he OK? WHAT HAPPENED?????

My husband called me, and the boys had been fooling around standing in the tub, and Little P slipped. He scared himself pretty good, but didn’t lose consciousness. My husband was just as worried as me, so he kept checking him all night, and texting me with updates. I wasn’t even staying at home that night because I was staying closer to the rummage, but I considered changing my plans. My husband assured me that he would keep checking, and waking him up.

Needless to say, I hardly slept that night. I was also extremely sore from all the work setting up. This didn’t set me up for a good weekend.

The rummage sale actually went really great. It was in a new location, but we had a lot of business, and the set-up really worked well. Clean-up went fast, but I was exhausted by the end of the day. I wanted to just go home, shower, sit with a heating pad, and then go to sleep.

When I finally got home, Little P’s eye still looked awful, but he seemed find. Big C, on the other hand, seemed really tired. I guess he had been falling asleep all day, and wasn’t really eating. My husband said they were outside playing all day, so he must be tired.

Instead of getting a good night’s sleep, I was now worried about Big C, who started crying around 11 pm, and spent the rest of the night in our bed. This was him Sunday:

Ignore the spot on his forehead. That’s rug burn from last week.

So, with a low-grade fever, he slept most of the day. I kept asking if he felt sick, had a sore throat, sore ear, even sore tummy, but he said nothing hurt.

I was supposed to go spend the night at my parent’s house because I had my scope rescheduled in the morning. I’ve been having terrible acid reflux, and since I have Barrett’s Esophagus, I’ve been worried. But now that worry was replaced by worry about my poor baby. So, I stayed home, and would just get up earlier in the morning.

In the middle of the night, Big C came in again, although his fever was gone. Then, Little P woke up and came in because he didn’t want to be alone. After about a half hour of no one sleeping, I put them both back in their beds.

No sleep for mommy again.

Big C was wide awake, and eating again. I went to my scope, Mr. B went to school, and the twins both went to my parent’s house.

Unfortunately, now it was Little P’s turn to be sick. He threw up at breakfast, and then was lethargic, just like his brother had been the day before. Low-grade fever and all.

I was in no shape to take care of anyone, since I had been sedated. I also was supposed to work Monday night, but I didn’t realize they wouldn’t let me drive. Luckily, I found someone to cover my class. So, we all stayed at my parent’s house. I slept. Little P slept. Big C had fun playing with everything by himself. No sharing needed.

Both twins were back to normal and headed to school. Mr. B had already left. I was getting ready to go workout, when I noticed the toilet looked clogged.

I used the plunger and flushed. BIG MISTAKE.

I threw down some towels to soak up the water, and left. I had too much anxiety to clean it up, so I went to the gym, and then got a ton of cleaners. As soon as I got home, I got to work before the twins got back.

At least our bathroom is the cleanest it’s probably ever been.

Which brings me to today.

I had everything scheduled to the hour, and it was going to be a busy, productive day….but no.

No story hour for the twins. No workout for mommy. Just a doctor visit, and prayers that it’s not Strep Throat.

Wish us luck, send good vibes, cross your fingers, and knock on some wood for me. This week has got to turn around, right?