You are here: Home / Blog / Twin Comments: 5 Things That Drive Me Crazy

I totally get it. Twins are unique. It’s pretty awesome/weird/amazing/crazy when you see two very similar people walking around. You have questions. You want to say something. But, those twin comments? They sometimes drive me crazy.

I say stuff too. Before twins, I probably said some pretty silly stuff or asked some unnecessary questions.

So, I’m going to help you out. 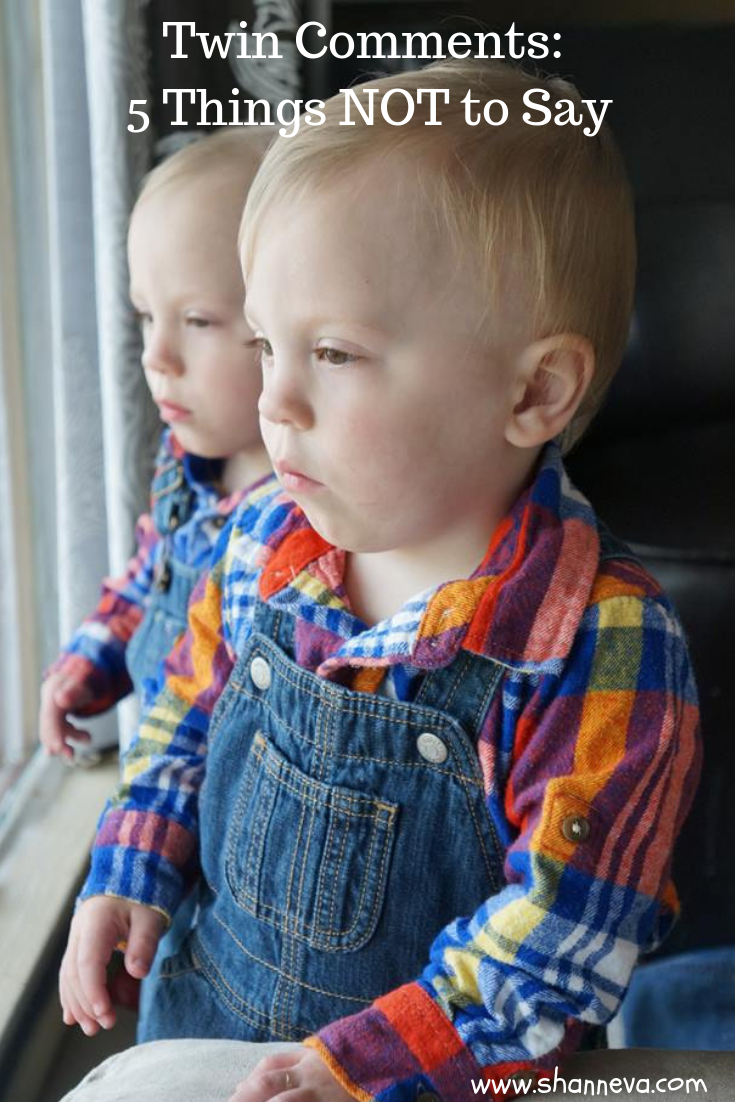 As a mother of identical twins for 6 years, I’ve got some tips to help you out. I’m sharing the five twin comments you really don’t need to make. The ones that illicit eye rolls. The ones that get discussed at our twin mom meetings (Yes, we do have those!)

Most of these twin comments pertain to identical twins, but some can even be relevant to moms with more than two children.

You’ve got your hands full!

This is usually said with either a chuckle or a look of horror, as someone is watching me try to push a cart, stop one twin from grabbing something off the shelf, and screaming at the other one as he heads down another aisle.

This is my husband’s most hated comment by far.

Aside from stating the obvious, it’s not particularly helpful.

If you see a mom with her hands full, maybe lend one of your empty ones? Offer to carry her bag of groceries. Reach that box of cereal on the top shelf for her.

Or don’t say anything and get out of their way.

No. Identical twins are a complete random occurrence. They are not genetic.

While there may be a genetic component, it hasn’t been proved yet scientifically. Fraternal twins are genetic.

This comment is only annoying when it comes from a medical professional. How do they not know this? It makes me question their ability to do their job if they don’t know this basic fact.

For other people, it’s a completely reasonable question. I just get asked it A LOT.

I still will explain the facts, but I may let out a little sigh before I do.

For me, as a mom of identicals, this comment isn’t the worst. My boys do have a bit of a weight and height difference, so I can understand if you might not think they are identical.

For boy/girl twins, this one is the worst.

Boys have boy parts and girls have girl parts, so no, they are NOT identical.

#4: Do They Eat/Sleep/Poop/Do Everything Together?

Yes, they like to spend time together. Yes, they do have a lot of similar interests, and are often together.

Even though they are twins, they are still individuals. They have their own likes and dislikes. They have completely different personalities. 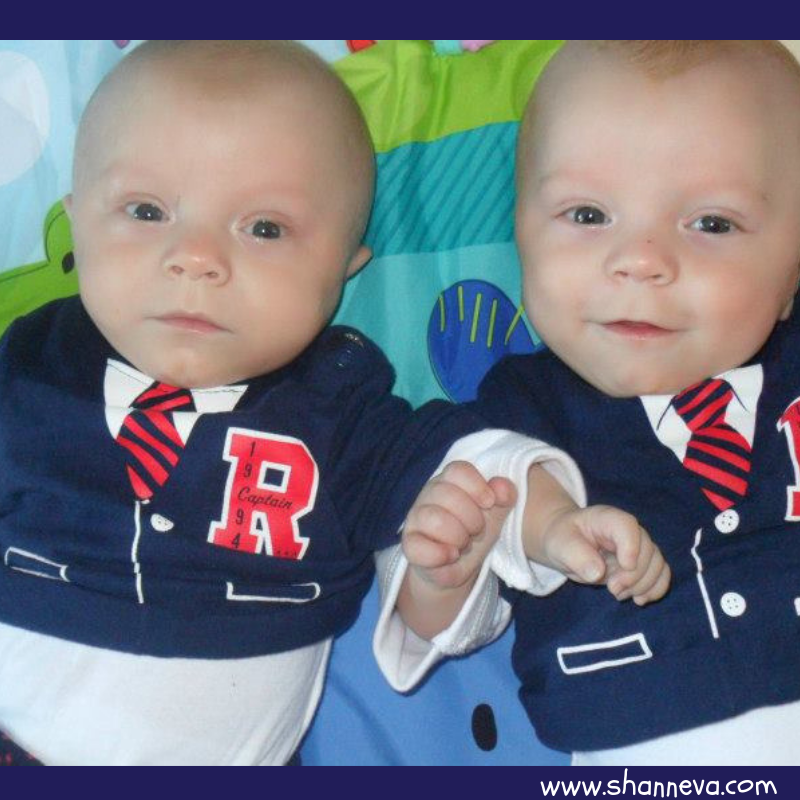 Yes, I may dress them alike sometimes. When they were babies, I thought it was cute, plus it was just easier to buy two of the same thing.

You do anything you can to make life easier when you have twin babies.

Now, they get mad if they don’t both have the same shirt. They don’t always choose to wear it at the same time, but if they want to, they sure can.

Yes, sometimes they have to go to the bathroom at the exact same time, but that’s a coincidence. I think.

A lot of identical twins, including mine, share a placenta, and must be delivered with minutes, if not seconds of each other.

Do those minutes or seconds really make one child older?

Still, not all identical twins share a placenta. Depending on when the egg split they may have their own. However, they still were conceived at the same time, and spent every other minute of the pregnancy together. So, I don’t think it’s unreasonable to say they are the same age..

Other people may disagree with me, but saying one twin is older than the other is not helpful to anyone. It makes my boys upset.

What child doesn’t want to be the older one?

If you want to spark jealousy and start a fight, ask my boys this question.

I had an emergency c-section, and they were both taken out within the same minute. They have the exact same time written on their birth certificates.

While I wouldn’t expect anyone to know I had a traumatic birth experience, it’s just a silly question that doesn’t need to be asked.

I’m Still Not Mad at You

Even though I may get annoyed at the time, twin comments really don’t bother me that much. I’m too grateful and lucky to have my boys to let anything said really get me down.

So, if you can’t stop yourself from commenting the next time you see twins, that’s OK. We understand.

Twins are amazing/unique/cool/crazy, and I’m so happy I have them in my life.