Wednesday night was “Family Fun Night,” at my son’s preschool.  He was super excited to show-off his brothers, and said he had a special surprise.  Unfortunately, so did one of my twins.  A fever.  Boo.

Have I mentioned how much I hate flu/RSV/cold season?!?!  Luckily, I figured this was only a little virus, as the oldest was sick on Friday.  I had taken him to urgent care, and no strep this time.  It was just a virus with a slight fever that lasted the one day.  So, now it must be the twins turn.  Of course, they can’t get it on the same day.  No, they have to wait a few days, then get it one at a time.

In an effort not to spread our sickness, my husband just took the oldest to the “fun” night.  He was a little upset, so I promised him that they whole family would go out to eat when everyone was feeling better.  This is a very rare occurrence, as the twins are a bit of a nightmare at restaurants.  Last time, one of them launched a Thomas the Train at the table closest to us.  Fortunately, the man that caught it was a good sport and even tried to remember the train’s name.

Anyways, I was a little sad to miss the “fun” night, but also a little relieved not to have to take the twins.  I was just imagining the tantrums when having to leave the “fun.” Plus, it was during/after their bedtime, which would have added to the “fun” only for us.

I missed seeing my son be the “Doctor” in their version of “Monkeys Jumping on the Bed.”  My husband taped it on his phone, so we’ve all been watching it over and over again.  I’ll have to post it to YouTube soon, although you will probably not find it quite as entertaining as I did.

The twin with the fever was fine by Thursday, then Friday the other one got it.  He was fine by Saturday, which was awesome because we had a babysitter (well, 2 babysitters…Grandma and Grandpa) for Valentine’s Day.

We didn’t make reservations, and I was a little afraid the restaurant would laugh in our face, so we went super early.  It actually ended up being great timing, and we got a table right away.  Even though I didn’t get any chocolates or flowers, my husband did drop me off and pick me up, which was a present in and of itself since it was 50 below outside (maybe not really, but it was close.)  We got to have a drink with a good friend of ours, then enjoy dinner AND dessert without interruption of little voices or sticky fingers.  We were going to go to another bar for a drink after, but we were both so darn tired and it was so darn cold, we called it a night. 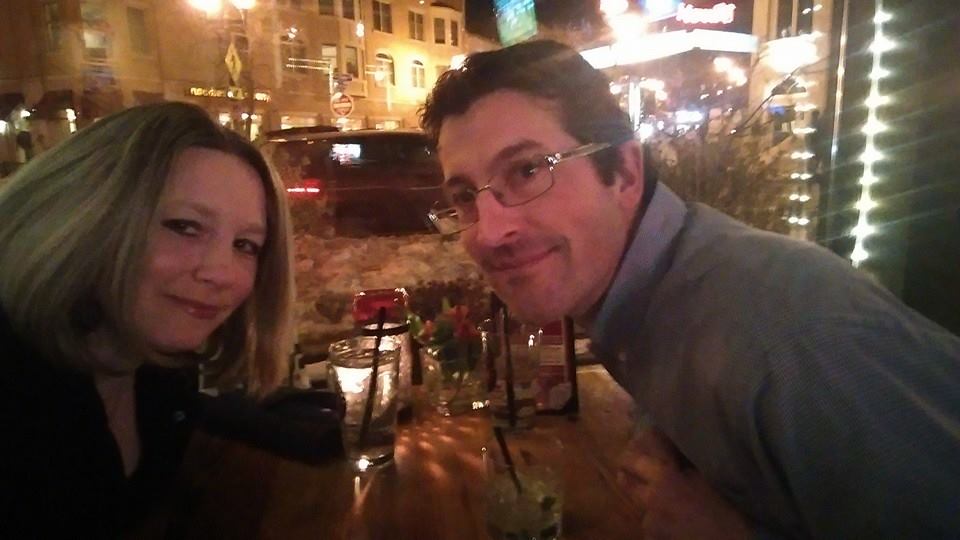 (We are terrible at taking selfies.  I actually hit my phone on a glass and broke it right before this picture was taken.)

2 of 3 kids were sleeping when we got home, so I got on my jammies and watched a little TV in bed.  The third fell asleep on the couch, and my husband carried him to bed.  We then decided to watch a movie, which I enjoyed, but the snoring next to me indicated it might have been a little bit too much of a “chick flick.”  Oh well.

Today, we made good on our promise for a family meal out.  We met my parents at a restaurant right as they opened, so as not to disturb too many other people.  It actually went really well!  Everyone stayed in their seats.  Only a few things were thrown on the ground, and I even got to eat my whole meal.  Success!  I think we might be making progress in our public outings.  I should have asked the waitress, since she remembered us from our last visit…..almost a year ago.  Guess we must be memorable or loud or something. 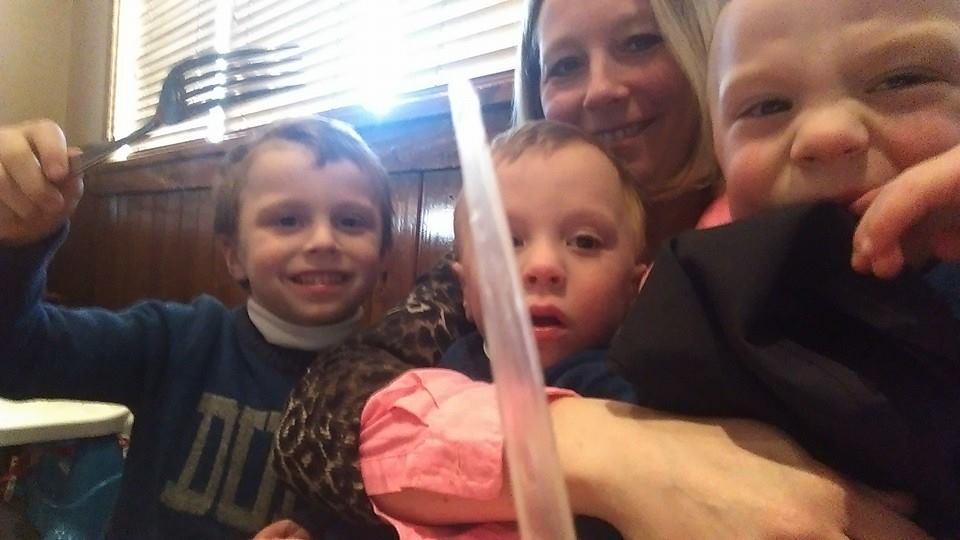